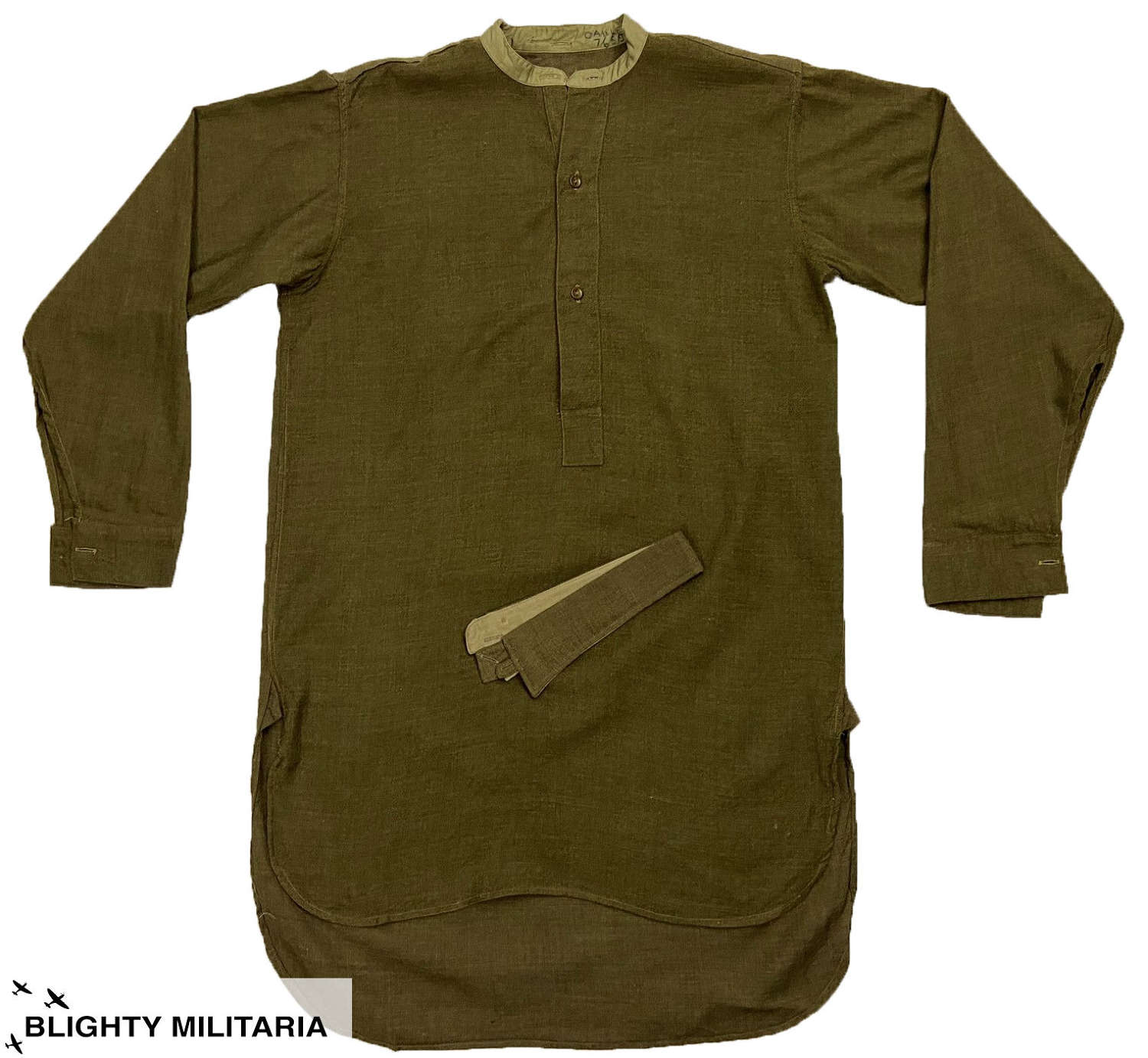 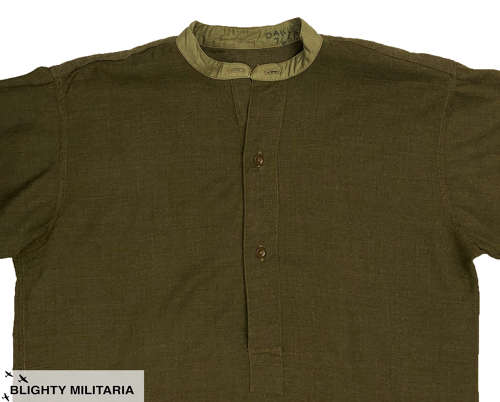 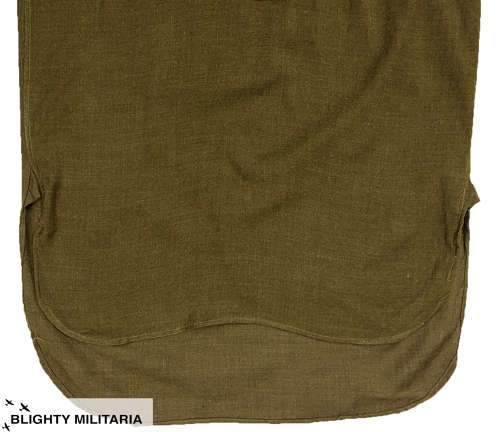 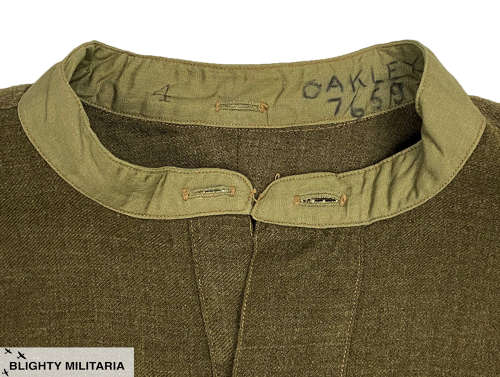 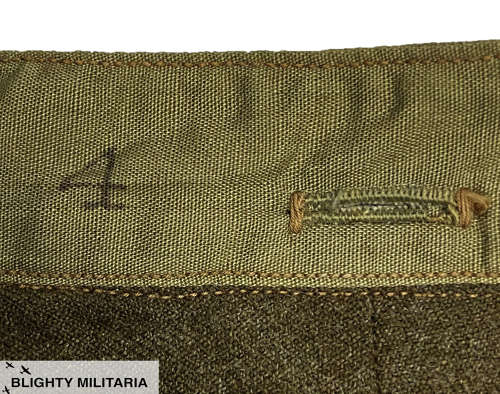 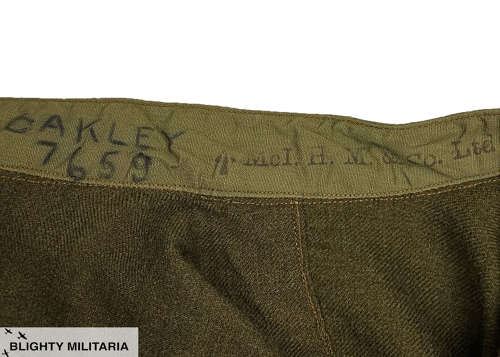 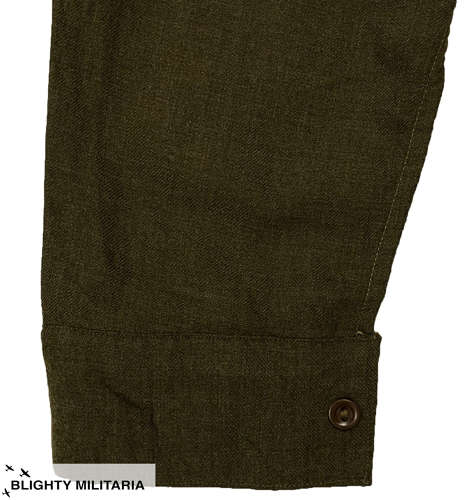 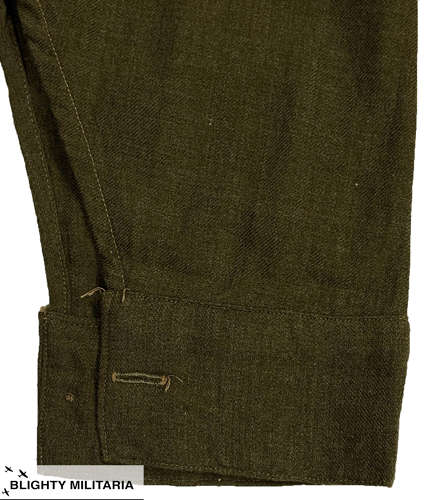 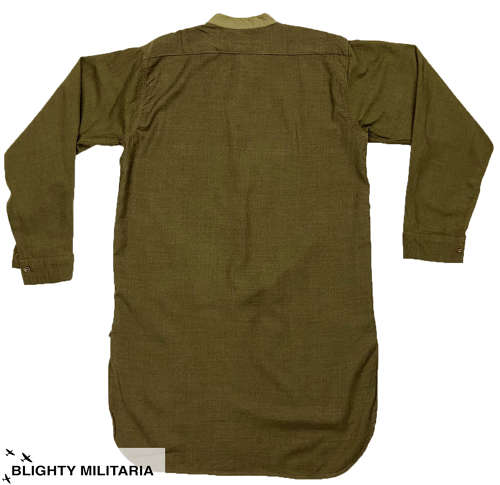 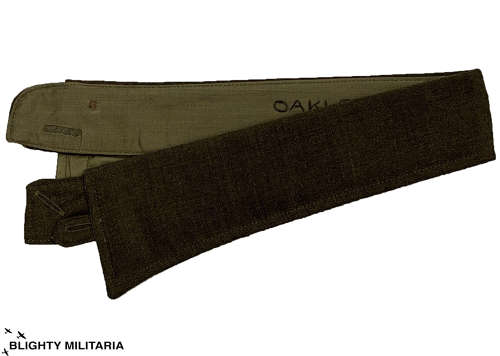 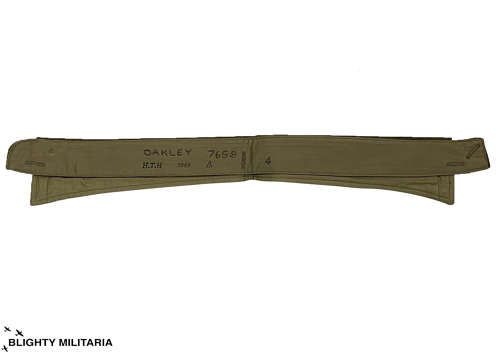 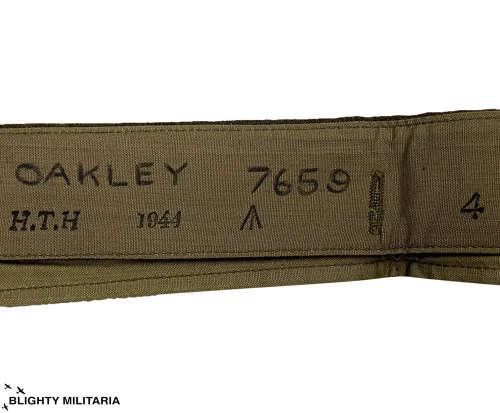 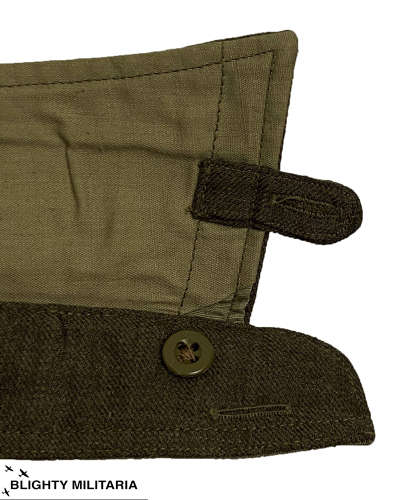 Whilst much officers kit was private purchase, this shirt is clearly an issue example. It follows the standard pattern, bears the maker's name as well as the size and War Department arrow to the collar, in-keeping with most issue items.

This particular shirt is typical of those worn in the early part of WW2 and is essentially unchanged from those of the Great War. Made from a soft, khaki coloured wool flannel; the shirt features a half placket, or 'tunic' front. This style of shirt was popular in the first half of the 20th Century in the UK losing favour to more fitted full button front shirts in the 1950s. A neckband collar is present to which detachable collars can be fitted. All the green plastic buttons are still present.

Inside the neckband of the shirt the manufacturer's name is marked as 'McI. H. M. & Co' which is preceded by the War Department broad arrow marking. The size of 4 is also marked and the original owner has added his name in ink which reads 'Oakley 7659'.

The shirt is a smaller size which will fit around a 36" chest depending on desired fit. When laid flat it measures -

The shirt comes complete with a matching collar which bears the same name and number as the shirt, confirming that they were worn together. It was made by 'H. T. H' and is dated 1944. The War Department broad arrow marking is also present as is the size of 4.

The shirt is in good condition for its age and is still very wearable. There are no signs of wear or serious damage although it is a vintage, pre-owned item. Overall the shirt displays well and is very bright and fresh!

A very good example of an issue officers shirt, complete with collar. This would be hard to better!