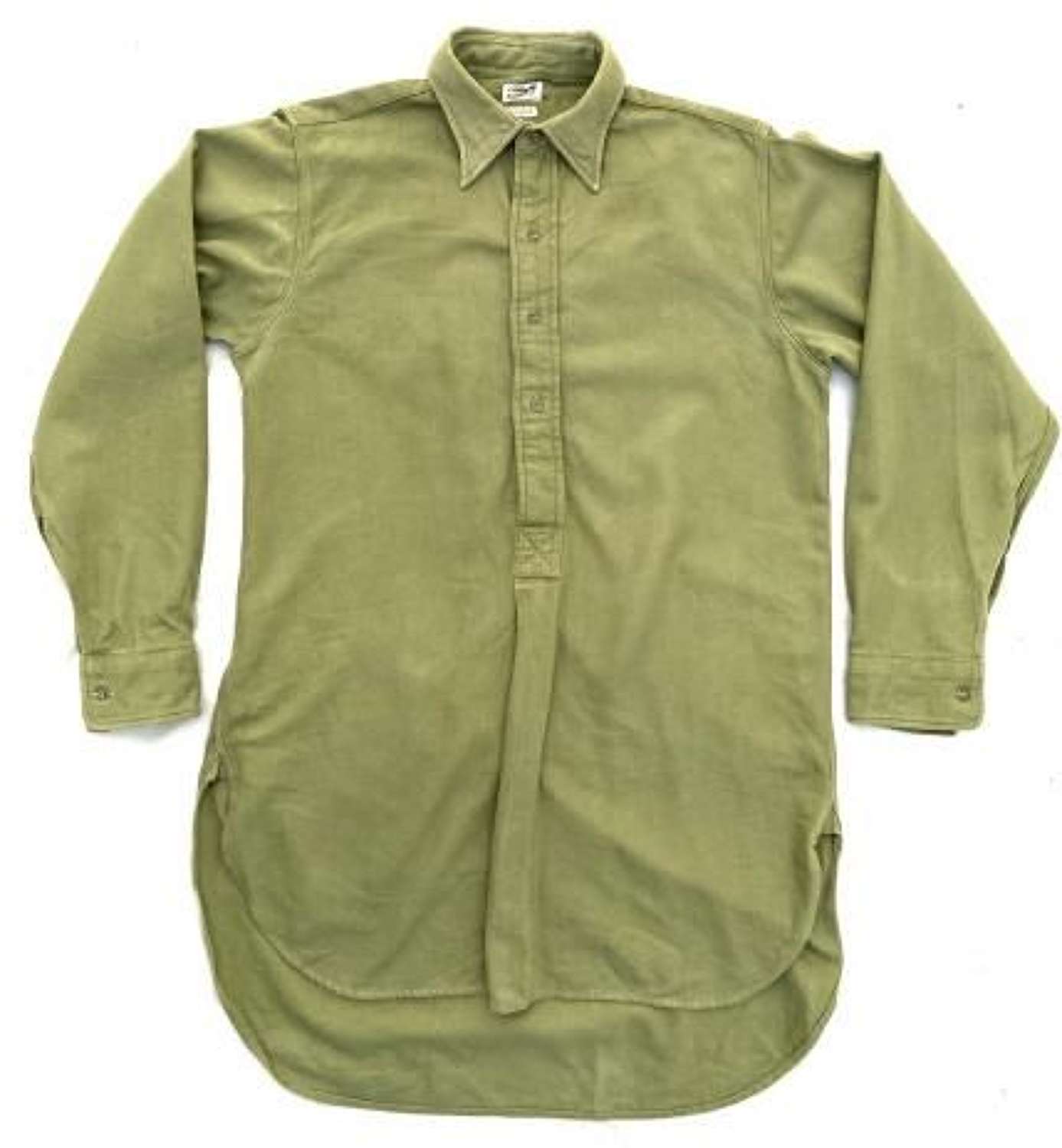 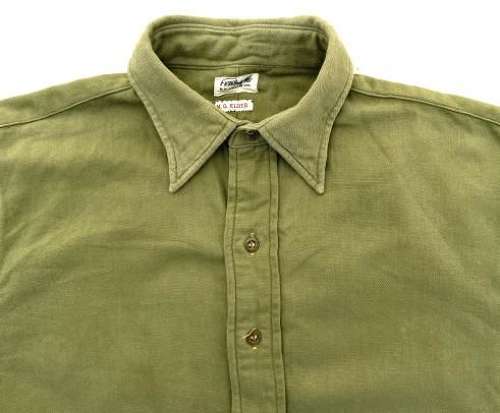 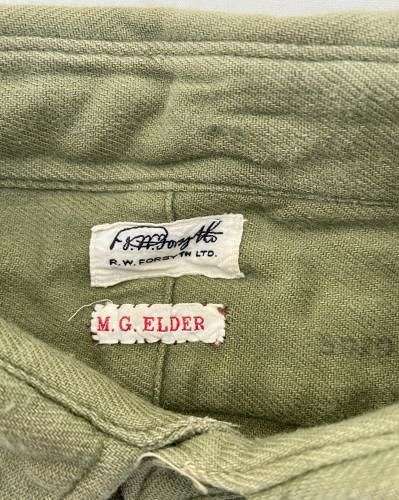 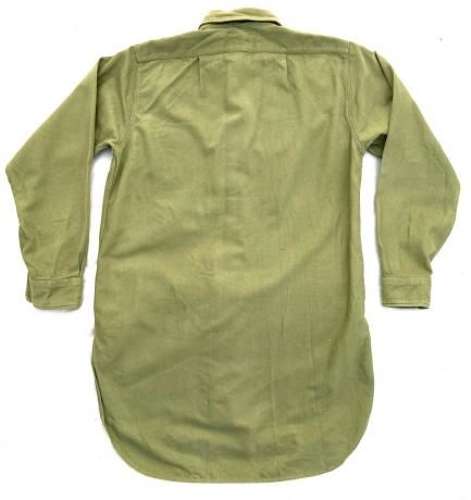 Like so much private purchase officers uniform it is impossible to date this shirt exactly, but it is certainly wartime period. The graphics on the label are typical of those found in shirts of the late 1930s and into the 1940s which would suggest this was made during that period. As well as this the shirt features a half button or 'tunic' front which is typical of the period, being later replaced by the full button front style. The collar is again indicative of the period being a 'spearpoint' shape as was worn by men in the 1930s and 1940s.

The shirt is made from a soft khaki green flannel and has a soft collar as was popular with officers during WW2. Inside the neck of the shirt is the original makers name which reads 'R.W. Forsyth Ltd' who were a prolific shirt maker of the 1930s and 1940s with this babe being found in many surviving contemporary shirts. Below this label is the original owners name tag which reads 'M.G. Elder' which may offer the chance of further research.

The shirt will fit someone of around a 36" chest depending on desired fit. When laid flat it measures -

The shirt is in good condition and displays very well as can be seen in the pictures. There are no signs of any real wear and no staining that I can see. It is of course a pre-owned vintage item so may have small issues consummate with age.

Altogether a very nice original period shirt which would make a great addition to any collection without a doubt!