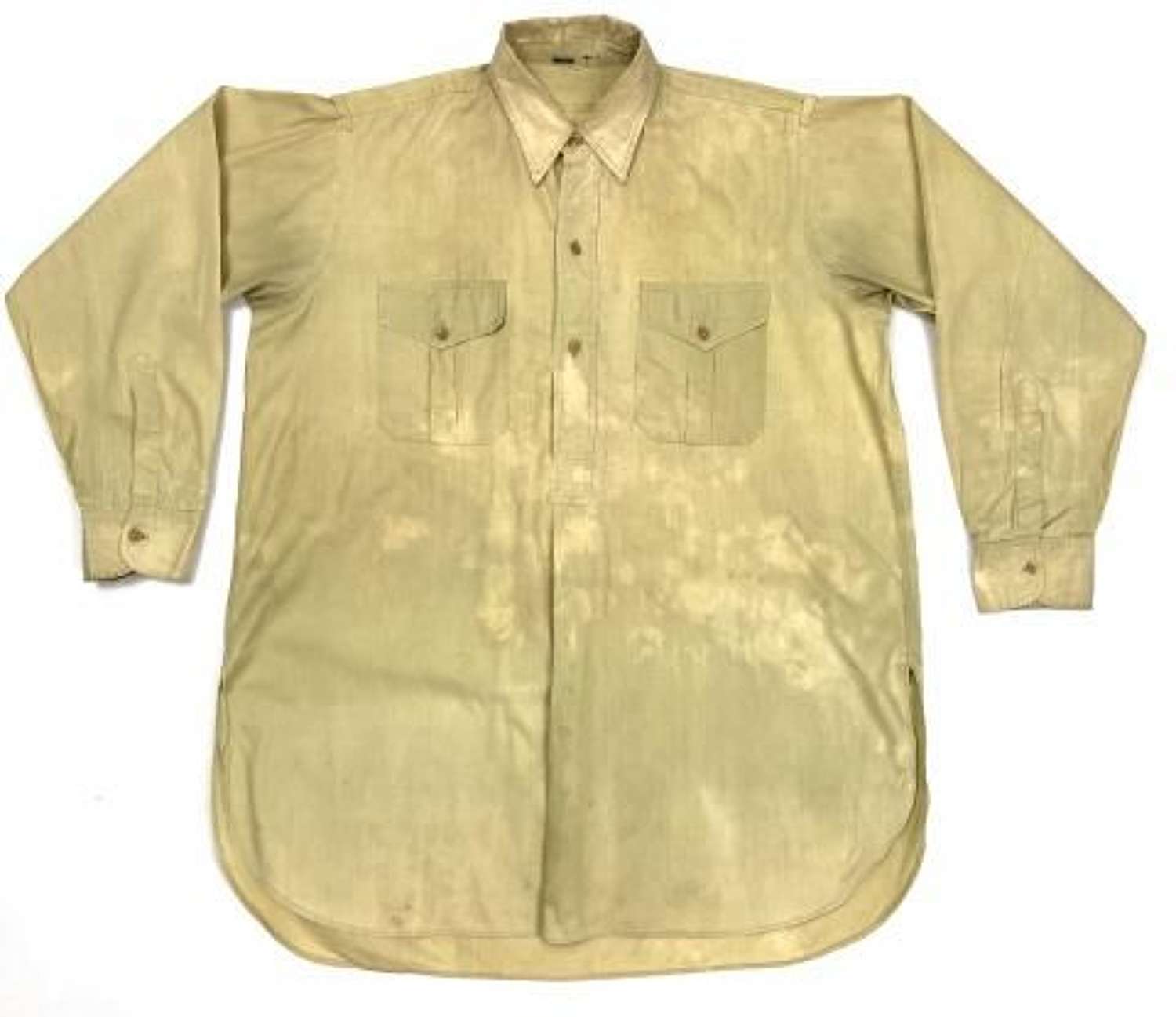 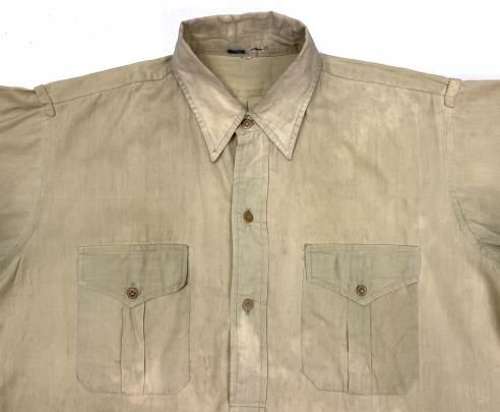 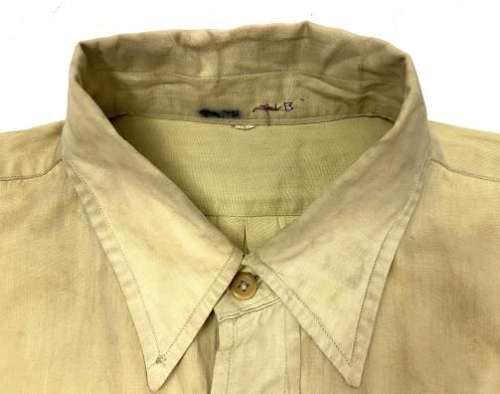 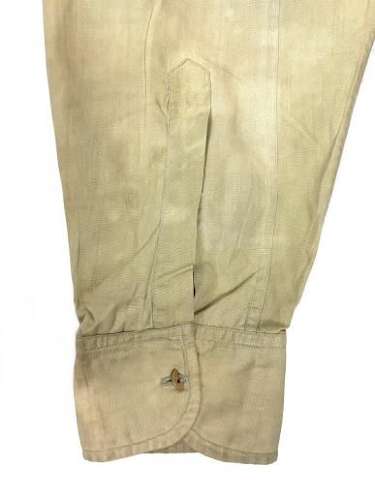 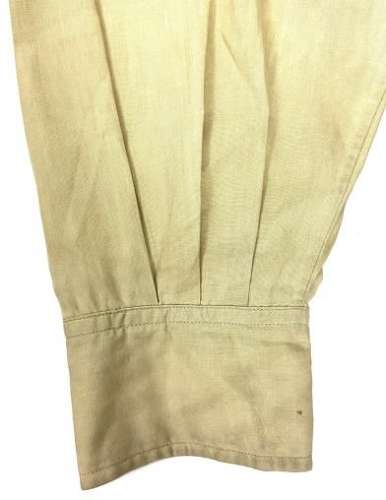 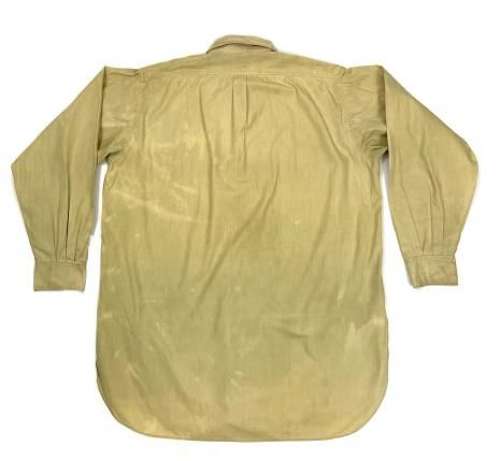 This shirt is typical of those made during the 1930s and 1940s feature a half placket front, or 'tunic front' which is pulled on over the head. This style of shirt lost favour in the post-war years and was slowly replace with more fitted, full button front shirts. It features a conservative collar with a hint of a spearpoint shape, as was typical for British military shirts during the Second World War. Interestingly, the shirt features two pockets to the chest which is not so often seen on British made shirts.

The shirt is made from a yellow - khaki shade of poplin cotton more akin to French shirts of the era. Of note is the fantastic triple pleated cuff which would suggest that this was an expensive shirt in its day. There are also two loops, one to each shoulder, which would have been used to fit detachable epaulettes to.

There are no makers labels which isn't uncommon on private purchase pieces such as this. It does however have one small size label which reads '16' and refers to the size of the collar. The shirt will most likely fit around a 38-40" chest as these half-fronted shirts are cut very generously from pit to pit. When laid flat the shirt measures -

The shirt is in well used condition as can be seen in the pictures although it still has plenty of life left in it. It does not show signs of undue wear or damage but does have plenty of staining. One of the cuff buttons is also broken but still more-or-less functions. Please study the pictures and bear in mind that this is a pre-worn vintage shirt and may have small issues consummate with age.

A great shirt with plenty of interesting details which is guaranteed to date from the Second World War. Not only would it suit a uniform but it could easily be worn with civilian attire!