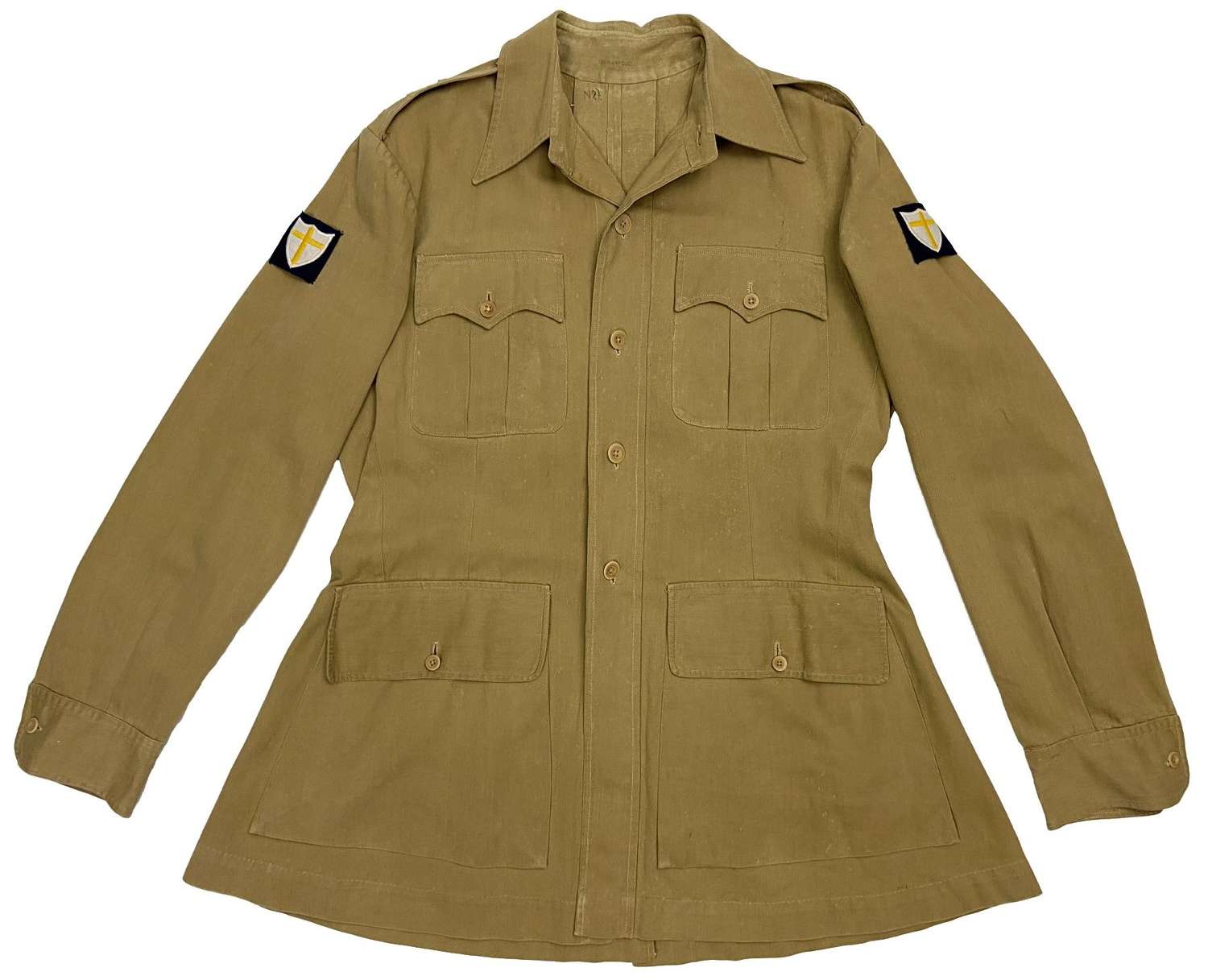 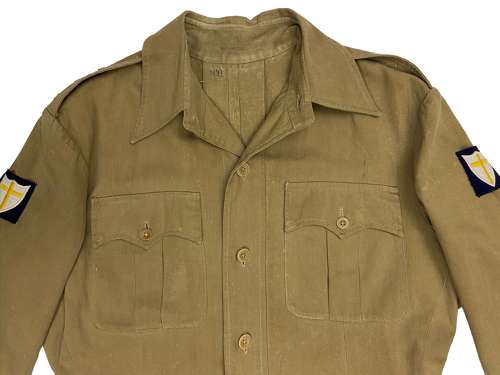 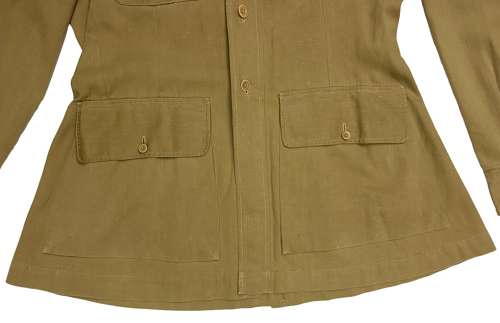 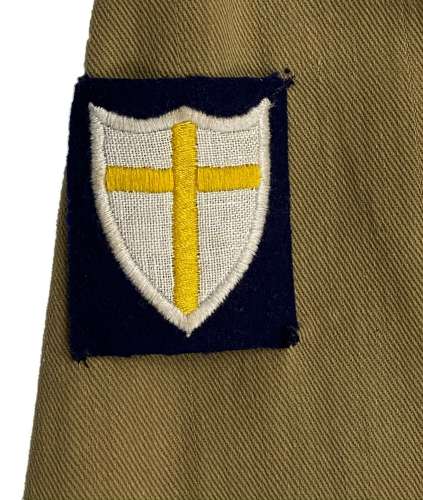 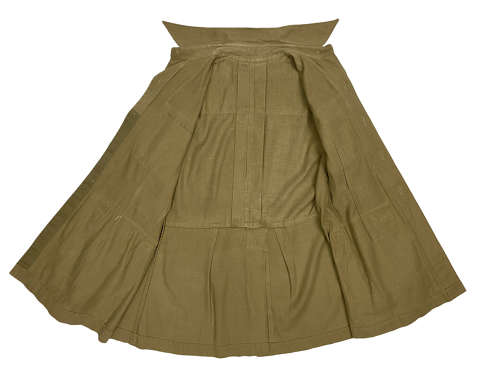 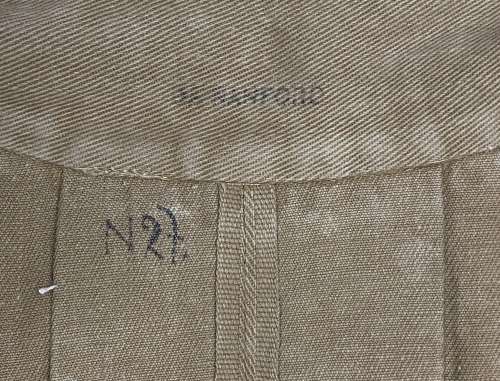 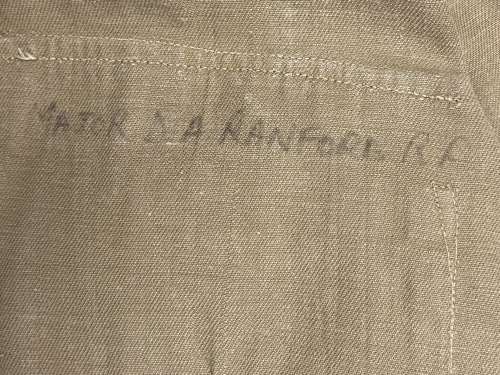 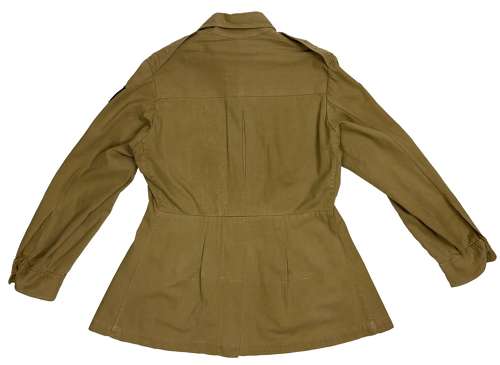 This pattern of jacket was worn throughout WW2 by British Army officers as an alternative to the Service Dress tunic. It is cut in a bush jacket style which was worn casual and easier to wear, making it a popular choice with officers. The jacket is made from the usual khaki coloured cotton drill and based on the buttons and stitching it is clearly a theatre made item, as is common with KD. The jacket features long sleeves with end in a barrel cuff, patch pockets to the chest which have scalloped pocket flaps and the skirt features bellows pockets. The collar is a large 'spearpoint' style that was popular during the 1940s. Reproduction 8th Army patches have been fitted to the sleeves but these could easily be removed. There are also three holes to each epaulette where metal rank stars have previously been fitted.

The tunic is a medium size which should fit a 38-40" chest depending on desired fit. When laid flat it measures -

As can be seen in the pictures, the tunic is in good condition with only limited signs of age and wear. It displays well and looks to be very wearable but please study the pictures and bear in mind that this is a pre-worn, vintage jacket.

A nice original WW2 period officers bush jacket which would suit a collector or re-enactor well.