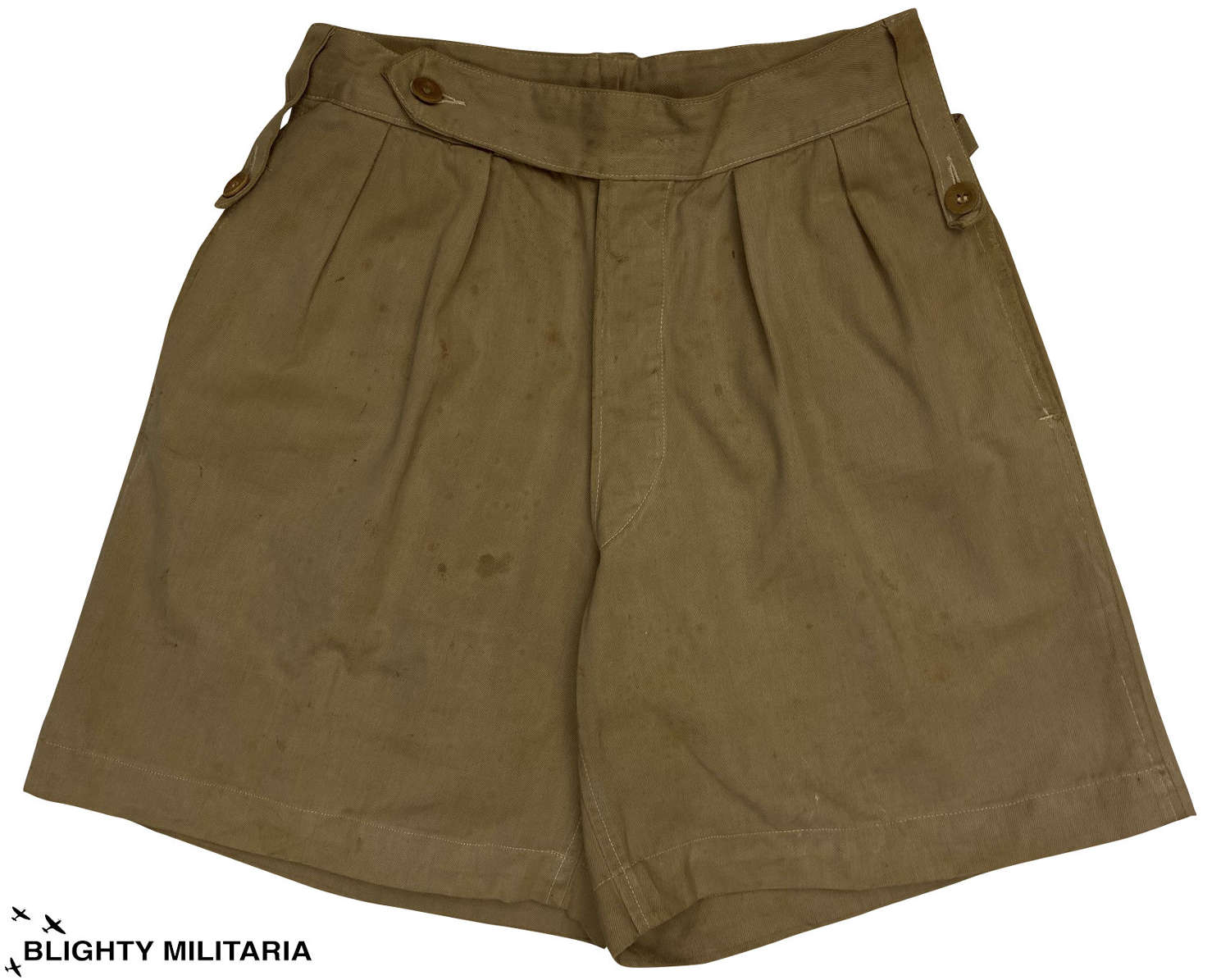 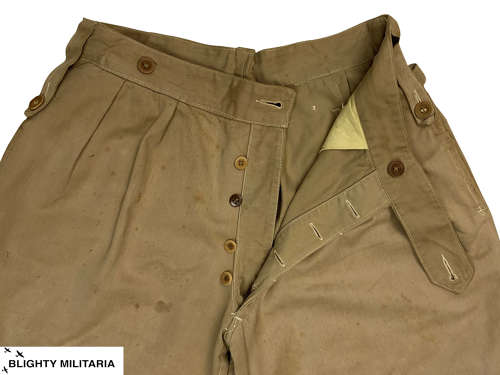 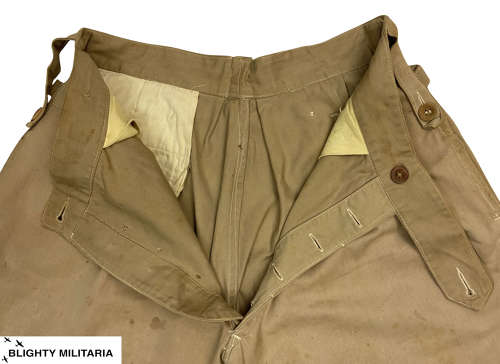 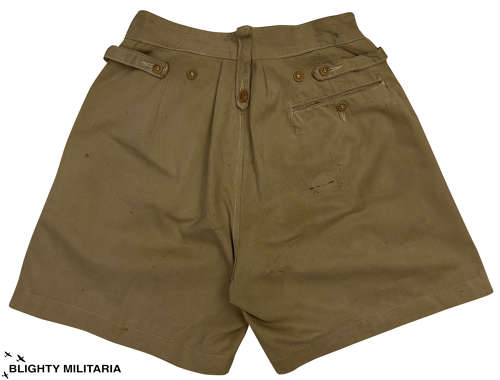 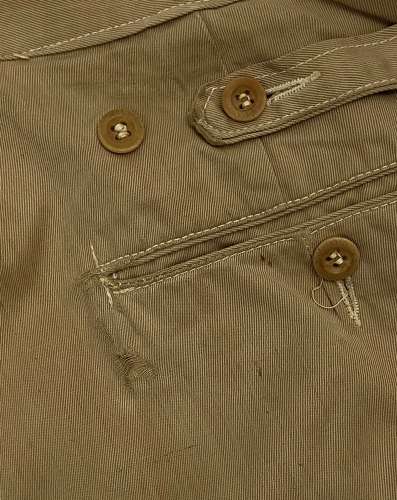 This pattern of shorts is a typical wartime pattern. Made from a light beige coloured cotton drill they feature a button fly and buttoning waist adjusters. Belt loops are fitted around the waist and a single pocket is located to the rear. The buttons on the fly have been moved across but could easily be moved back to their original position.

The shorts are a small size which will suit a 28" waist, measuring 14" across the waist when laid flat.

The shorts are in worn condition as is to be expected from an item which was used during the fighting in the Western Desert and the Italian campaign. There are various signs of wear and age inclduing to the seat as pictured so please take time to study the pictures before purchasing.