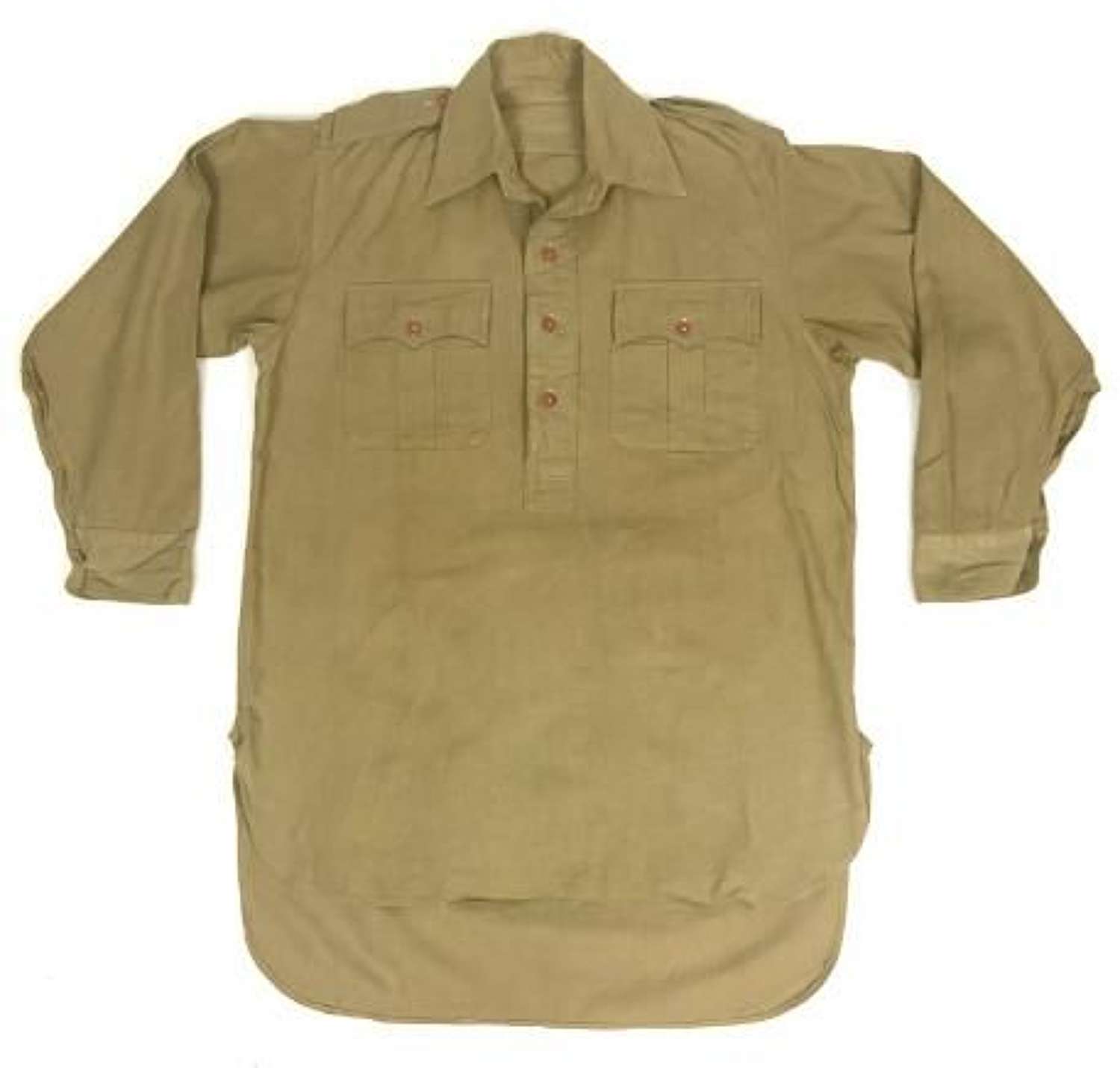 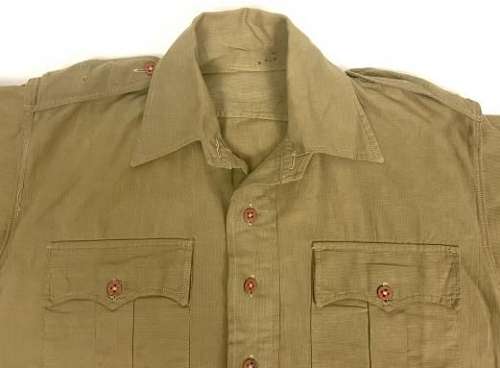 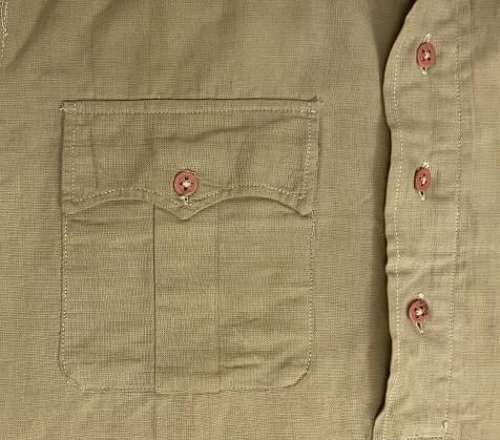 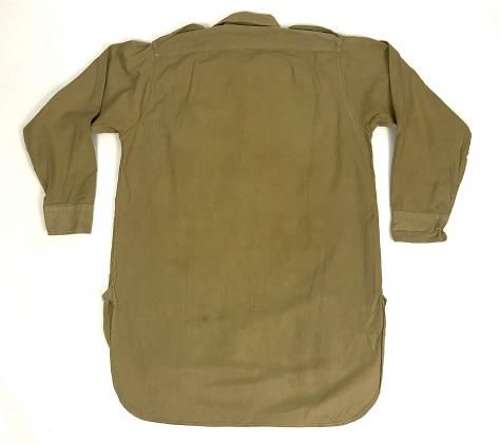 The shirt itself is a typical wartime theatre made example made from a coarse loose weave cellular cotton, often referred to as 'aertex'. All the button holes are hand stitched as is usually found with theatre made items and the buttons are an interesting pink/red composite type button which are again typical.

The shirt has a half front, or 'tunic front' as was common for men's shirts in the first half of the 20th century. The collar is reasonably large and breast pockets are present to the chest and feature scalloped flaps making it ideal for RAF as well as British Army.

The shirt has faced epaulettes which have had holes added to display three rank stars, or 'pips', on each shoulder to denote the rank of captain.

I would say the shirt is a small to medium size which would suit someone of around a 38" chest. When laid flat it measures -

The shirt is in good condition for its age as can be seen in the pictures and it displays very well. It has been worn but does not show any serious signs of wear or misuse. It is of course a vintage item which is over 75 years old so may have small issues consummate with age.

All in all a nice original period shirt which would make a great addition to any collection or wardrobe.