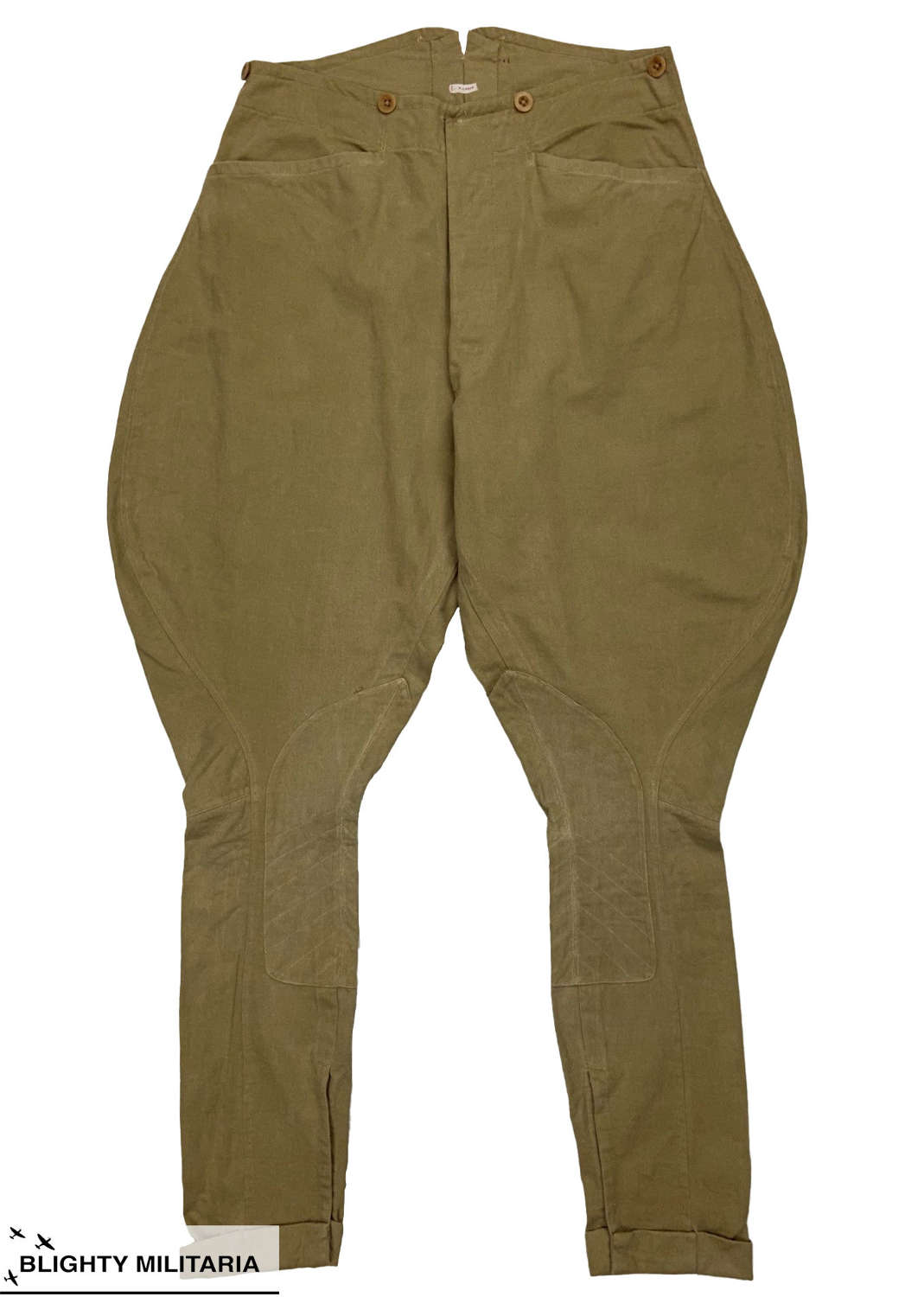 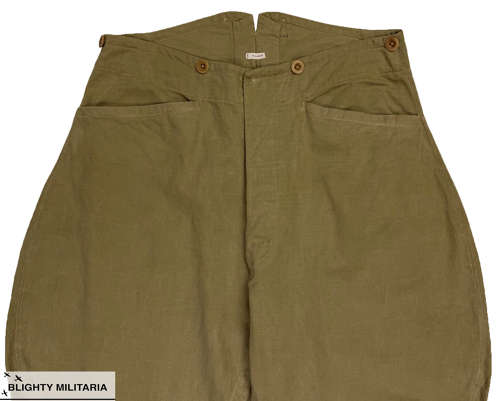 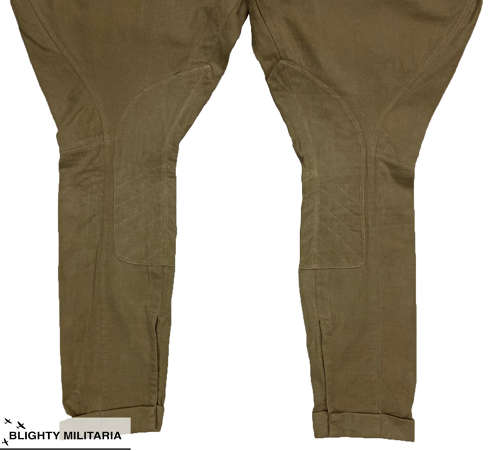 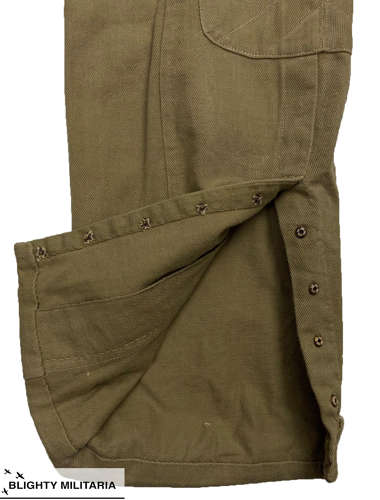 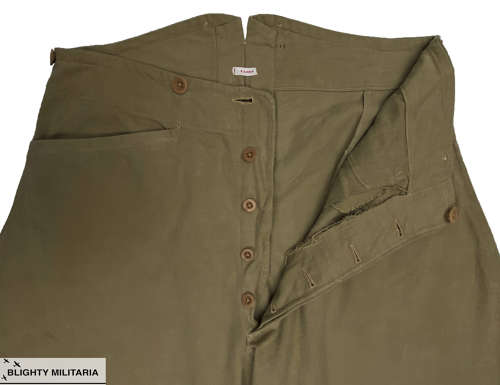 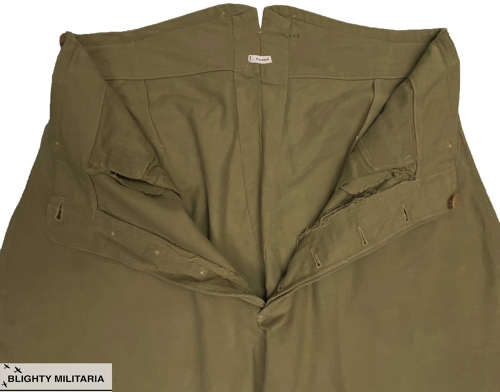 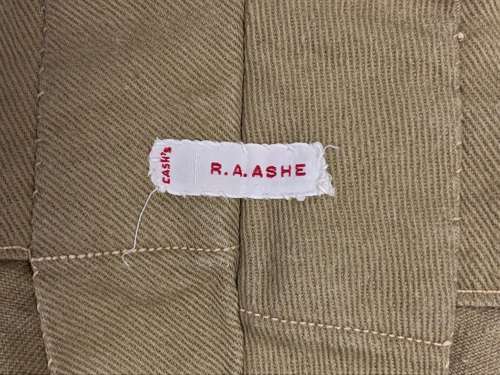 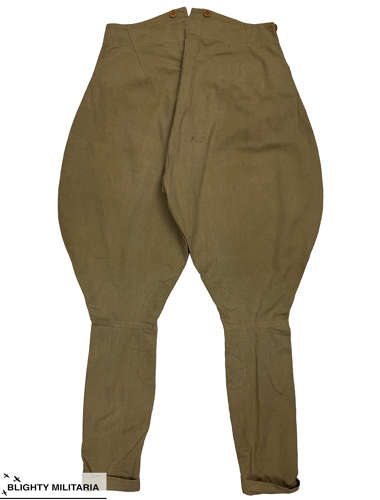 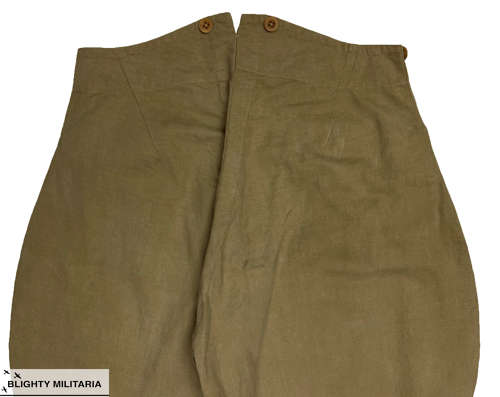 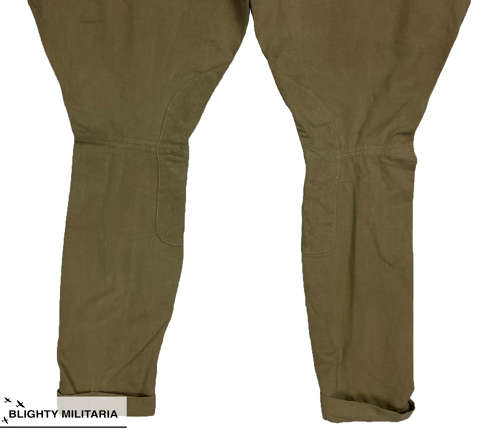 These Jodhpurs belonged to Robert Arthur D'escourt Ashe who was born in Coonoor, Tamil Nadu, India on the 15th of September 1901. He joined the army during the inter-war period and was already a Major by the time war broke out. He served with the 11th Sikh Regiment in Italy and stayed with them on their return to India at the end of the war. He retired from the Army as a Lieutenant Colonel in 1947 and died in 1986.

Having served in Italy as well as in India it is quite possible that these breeches saw action. They are of private purchase origin and are clearly theatre made; most likely in India. The construction, stitching and button holes are commensurate with Indian made items which are so often found in attributed wartime groupings. A huge amount of KD came from India due to shorter supply lines. The jodhpurs feature frog mouth pockets and a button fly. More buttons are fitted around the waist to which braces can be attached. The calf opening fastens with small press studs and there are reinforcement patches to the inside leg.

The jodhpurs are in good condition with only limited signs of wear and use. Overall they display very well but please study the pictures and bear in mind that these are a vintage, pre-worn item.

A nice original pair of guaranteed wartime jodhpurs which are attributed and in good condition!