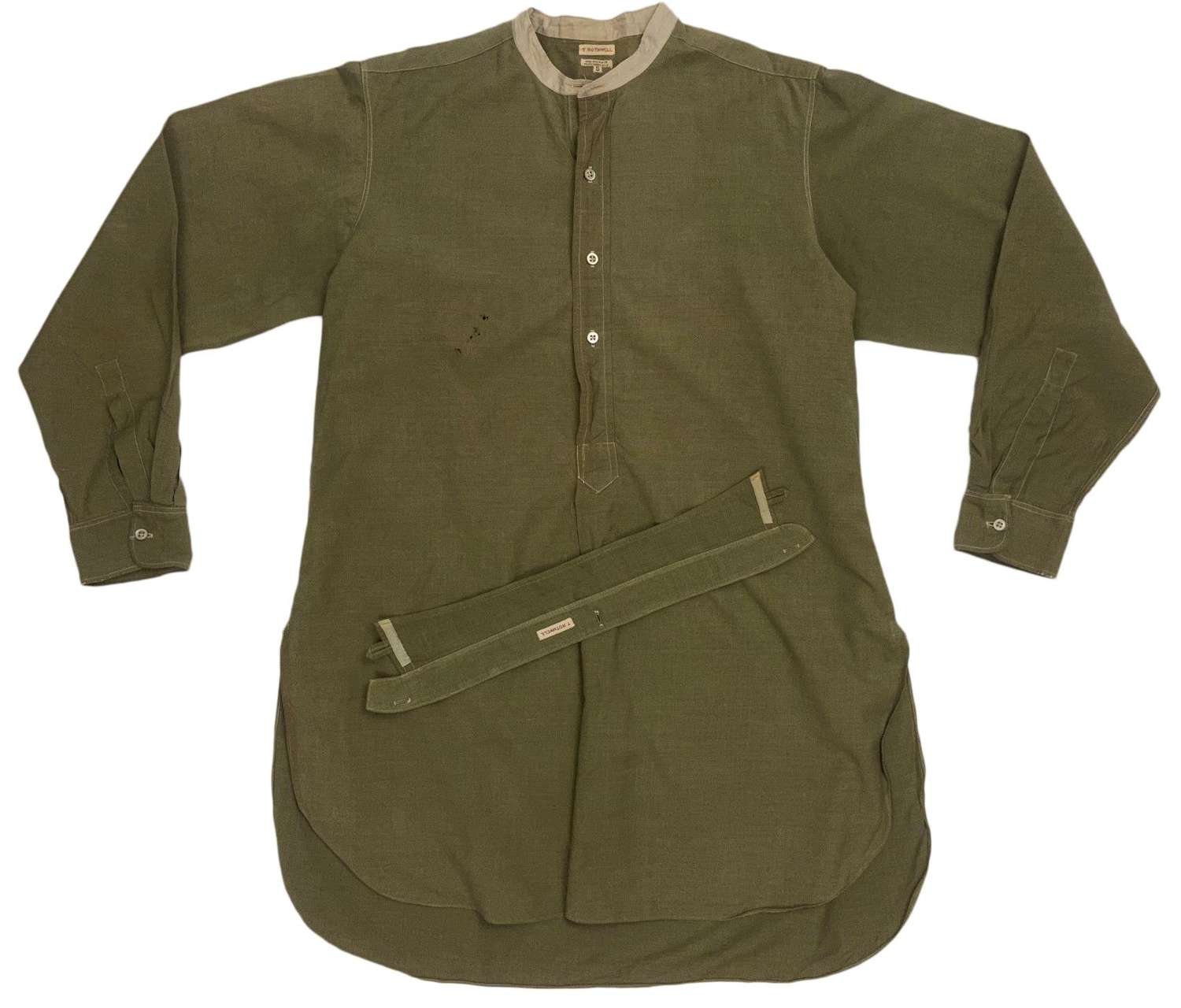 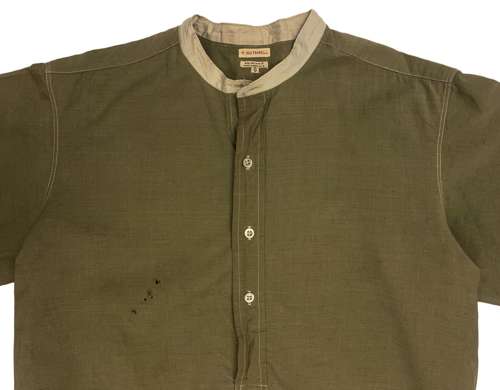 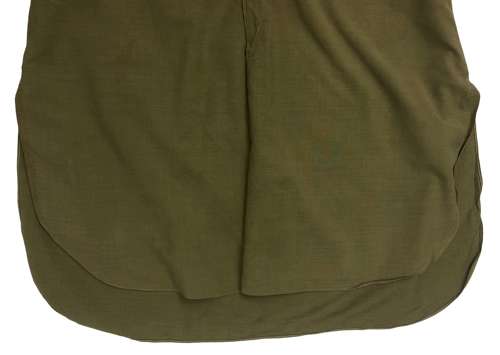 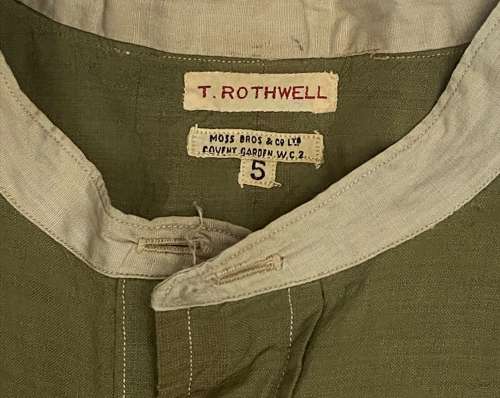 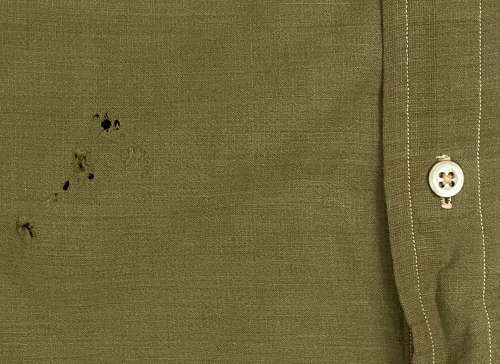 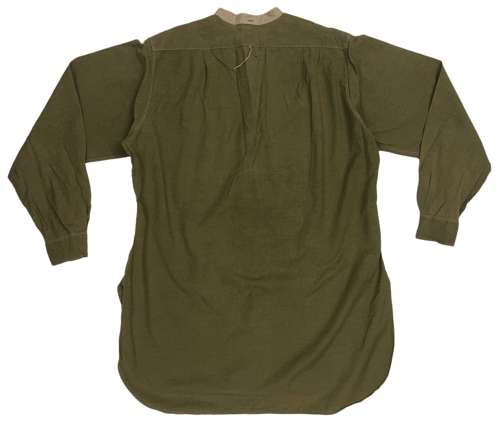 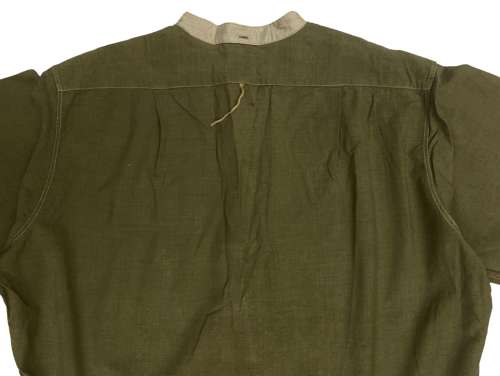 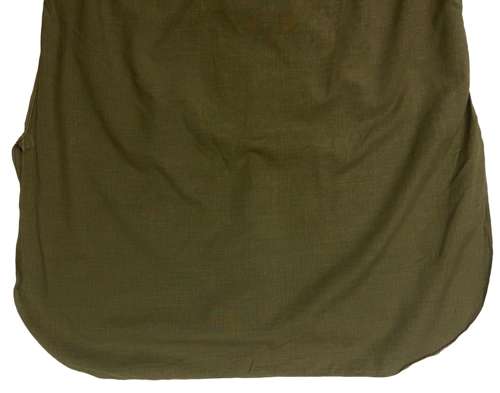 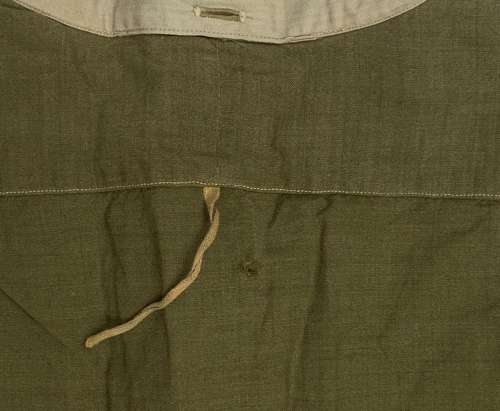 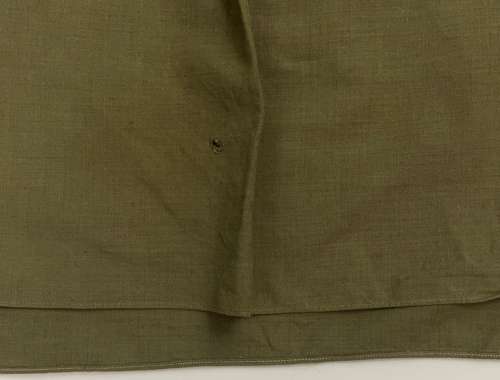 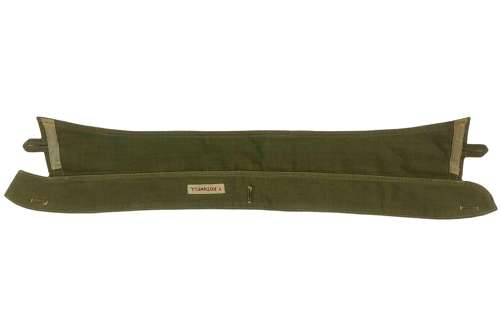 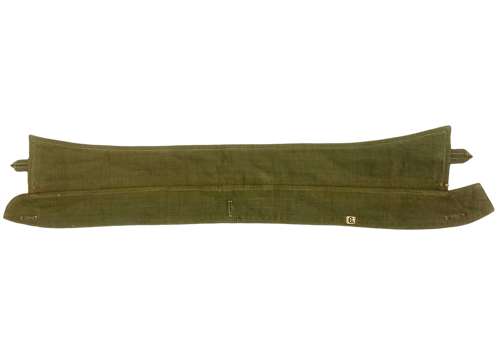 An original British Army Officers collarless shirt dating from the Second World War and made by 'Moss Bros'.

This shirt belonged to an officer who served with the Royal Engineers in the Far East during the Second World War and whilst undated is a guaranteed period item.

This particular shirt is typical of those worn in the early part of WW2 and is essentially unchanged from those of the Great War. Made from a soft, lightweight khaki coloured wool flannel; the shirt features a half placket, or 'tunic' front. This style of shirt was popular in the first half of the 20th Century in the UK losing favour to more fitted full button front shirts in the 1950s.

Inside the shirt the original label is still present which bears the makers name of 'Moss Bros & Co Ltd' as well as the address of Covent Garden WC2. The original owner has added a name tag above this which reads 'T Rothwell' and a third, smaller label is present below which reads '5'  and relates to size.

The shirt is a larger size which will fit around a 42" chest depending on desired fit. When laid flat it measures -

It is important to remember that half placket shirts are cut wide across the chest and the shoulders to allow them to be pulled on over the wearer's head. This needs to be taken into account when accessing the sizes.

Included with the shirt is a matching tab collar which also features the owners name label and another, smaller label which bears the numeral '6' .

The overall condition of the shirt is good, aside from the obvious damage. There are no signs of excessive wear or serious damage but there is a series of holes to the front, a small hole to the rear near the hanging loop and another hole to the skirt. This last flaw is not seen as it is inside a fold but pictures of all the issues are included. Overall the shirt displays reasonably well and it could be repaired or displayed on a mannequin.

All in all a reasonable original British officers shirt with a great label. Ideal for the collector and re-enactor alike!