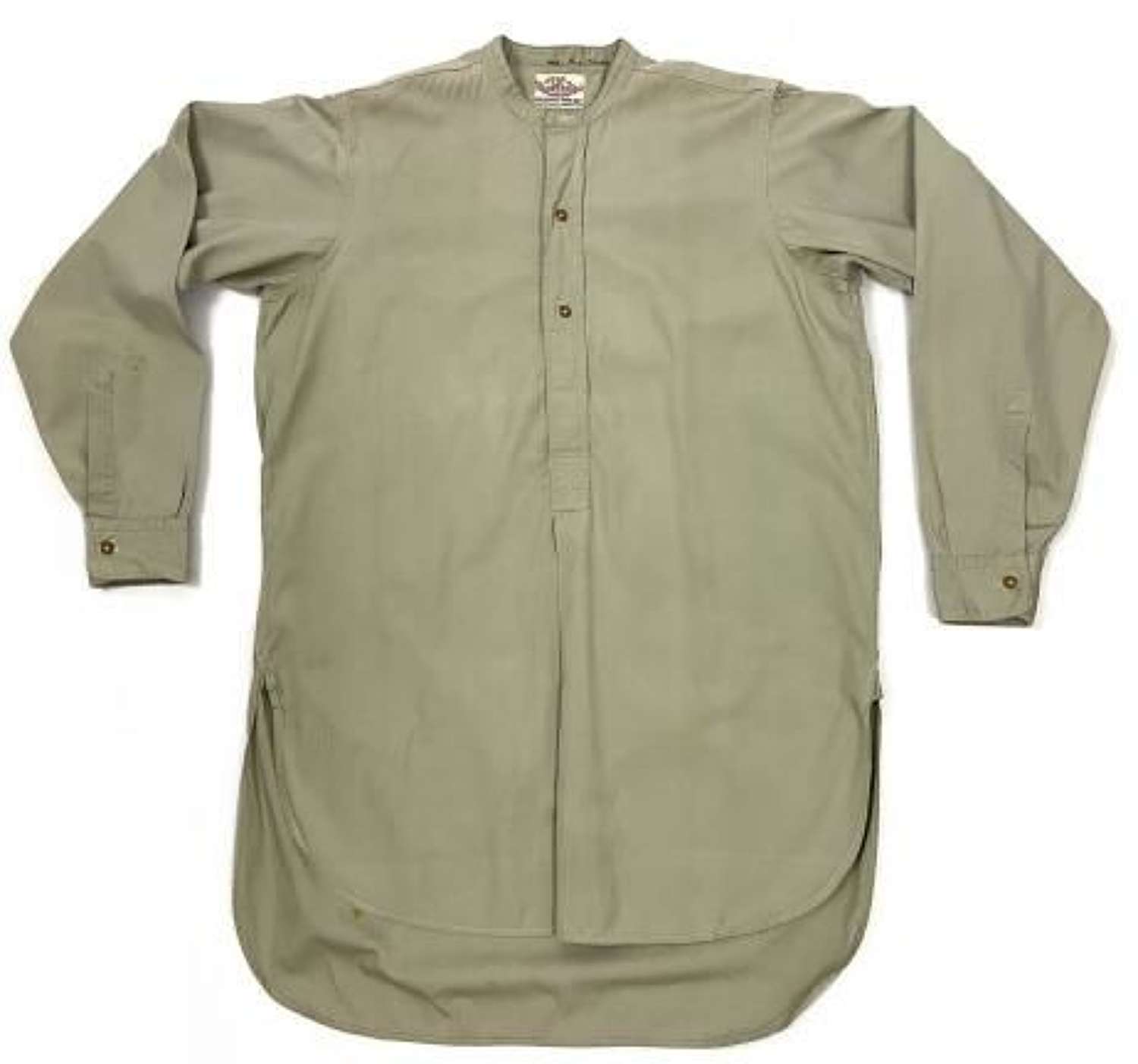 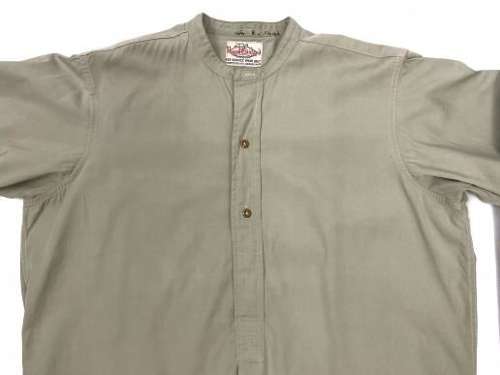 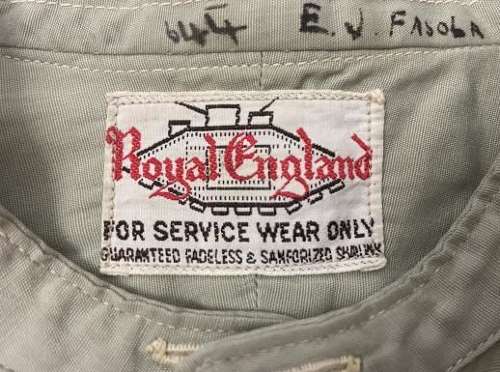 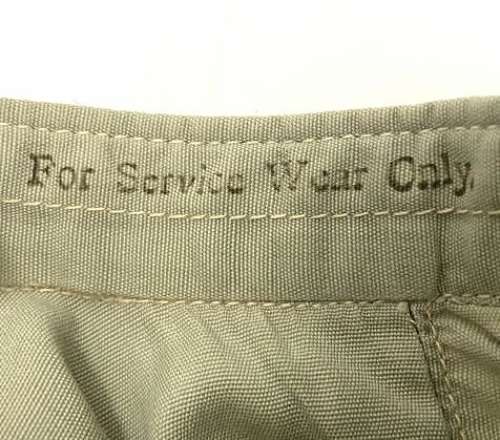 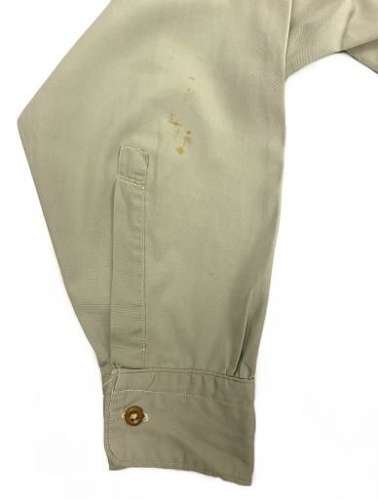 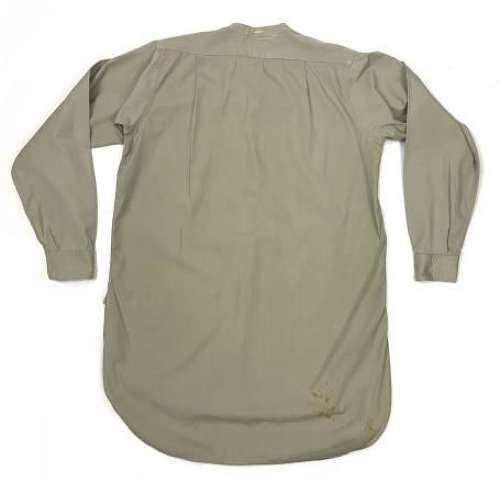 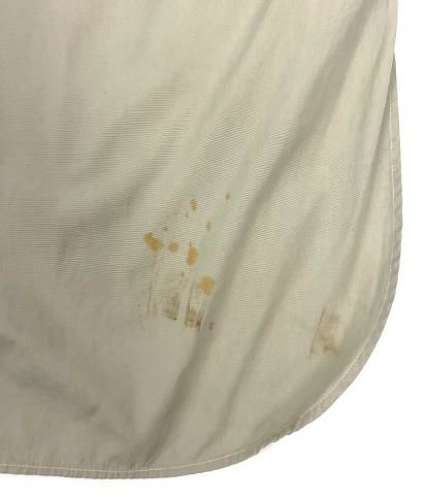 SOLD
A fantastic original British Army Officers Shirt made by 'Royal England' around the time of the Second World War.

This shirt is made from a sage green coloured poplin cotton which was a popular choice for British officers during the 1930-1950s. The shirt is typical of those worn in the first half of the 20th Century in the UK featuring a half button or 'tunic' front and a neckband collar. This was worn with detachable collars made from the same material. The graphics on the logo feature a Great War style 'mother' tank which would suggest that this shirt pre-dates the Second World War.

The original label is still present inside the shirt and states the manufacturer as 'Royal England'. It also states 'for service wear only'. This is repeated a second time stamped directly onto the collar, so they were clearly quite serious about that particular point! The original owner has marked his name in the collar as 'E. J. Fasola' which may be researchable.

The shirt is a smaller size and will suit someone of around a 38" chest, depending on desired fit. When laid flat it measures -

The shirt is in very good condition with only limited signs of wear and use. Overall it displays very well with the only real flaw being a rust stain to the rear of the right sleeve and another to the tail of the shirt (which wouldn't be seen when worn).

All in all a nice original early British Army officers poplin shirt with a fantastic period label and in good condition.