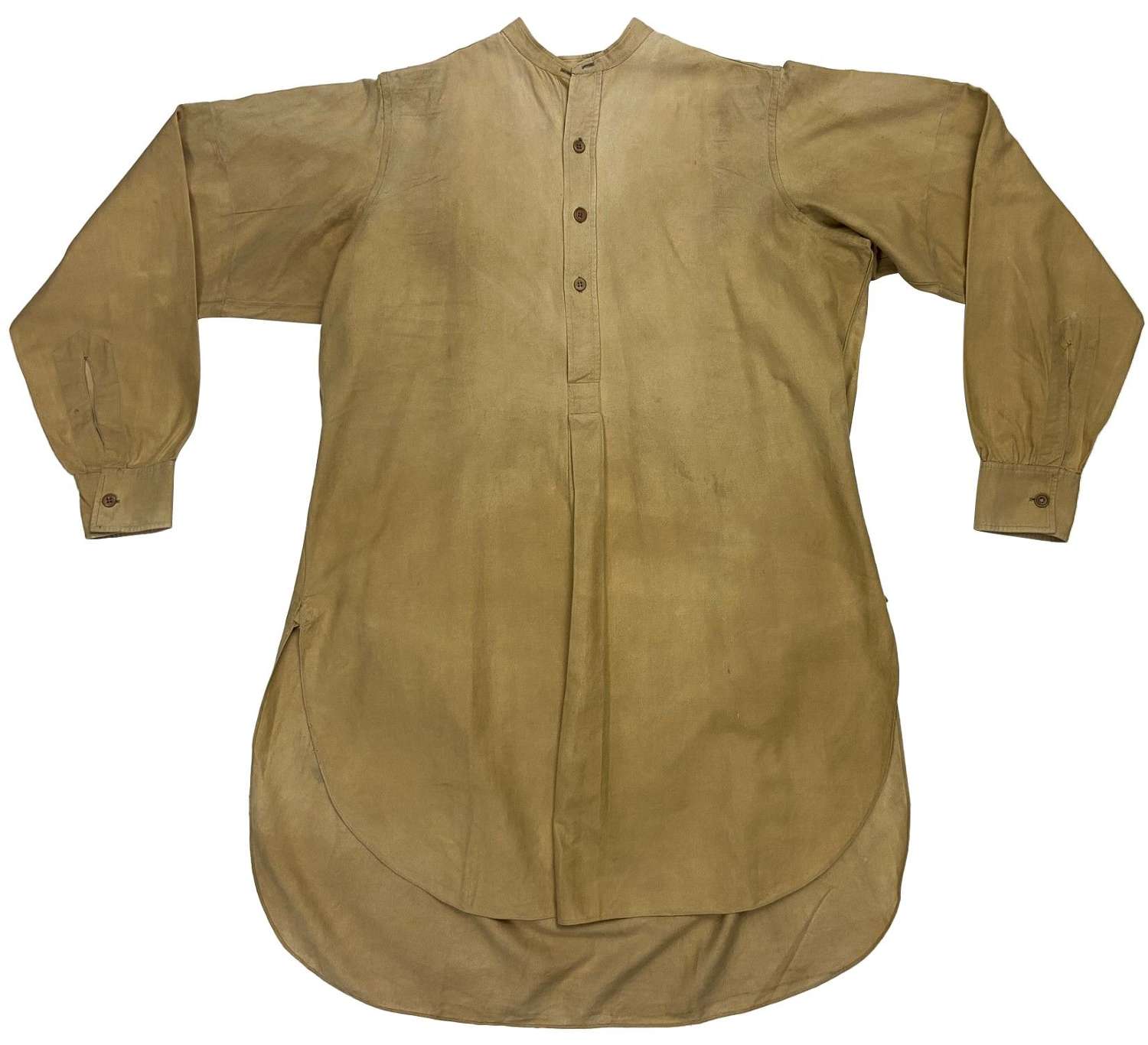 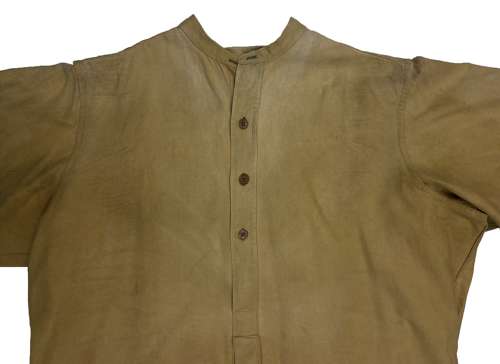 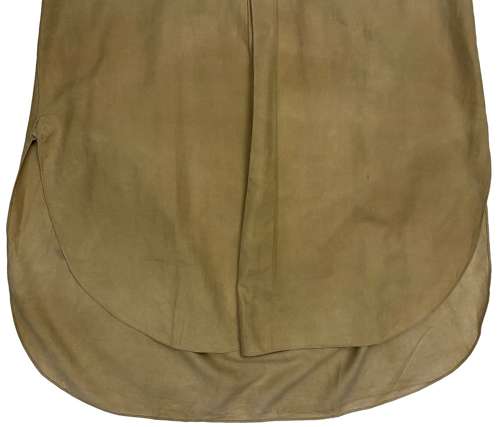 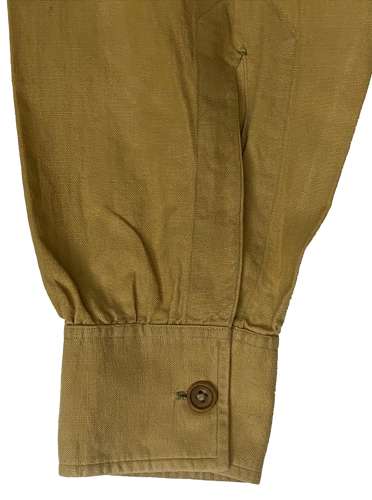 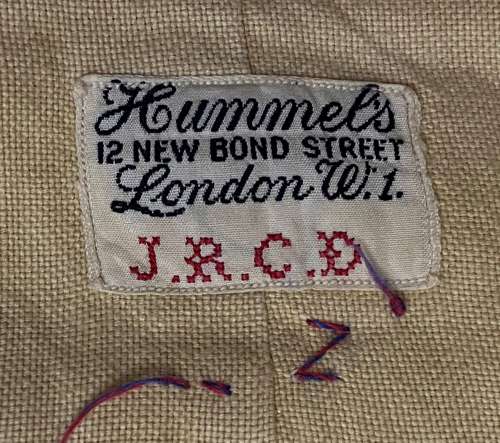 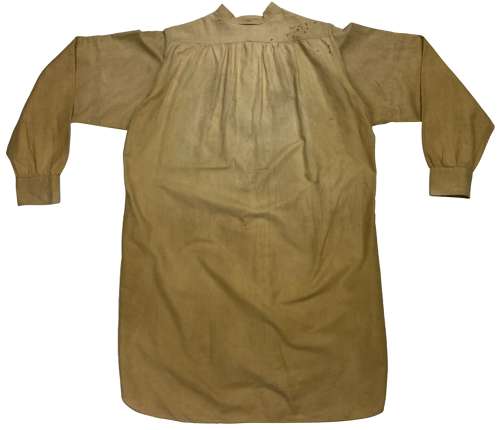 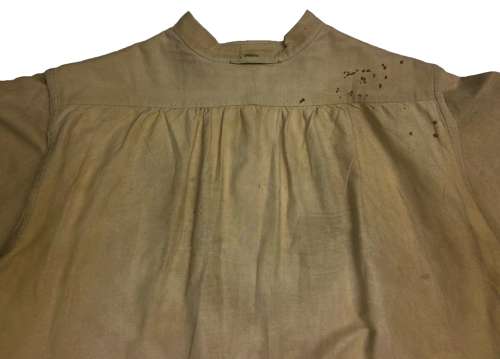 An original British Army Officers collarless shirt dating from the Second World War and made by Hummel's.

This particular shirt is typical of those worn throughout WW2 and is essentially unchanged from those of the Great War. Made from a soft khaki wool flannel, the shirt features a half placket or 'tunic' front. This style of shirt was popular in the first half of the 20th Century in the UK losing favour to more fitted full button front shirts in the 1950s. It features a neckband collar to which a detachable collar could be fitted using collar studs. The rear of the collar features a small pocket into which the stud is fitted.

Inside the shirt the original label is still present and reads 'Hummel's, 12 New Bond Street, London W.1'. The original owners' initials have been added which read 'J. R. C. D'.

The shirt is a medium size which will fit around a 40-42" chest depending on desired fit. When laid flat it measures -

The shirt is in good condition for its age and is still very wearable. There are no signs of excessive wear or serious damage although there is some staining to the rear as can be seen in the pictures. Overall it presents very well but please bear in mind that this is a pre-worn, vintage shirt which may have small issues consummate with its age.