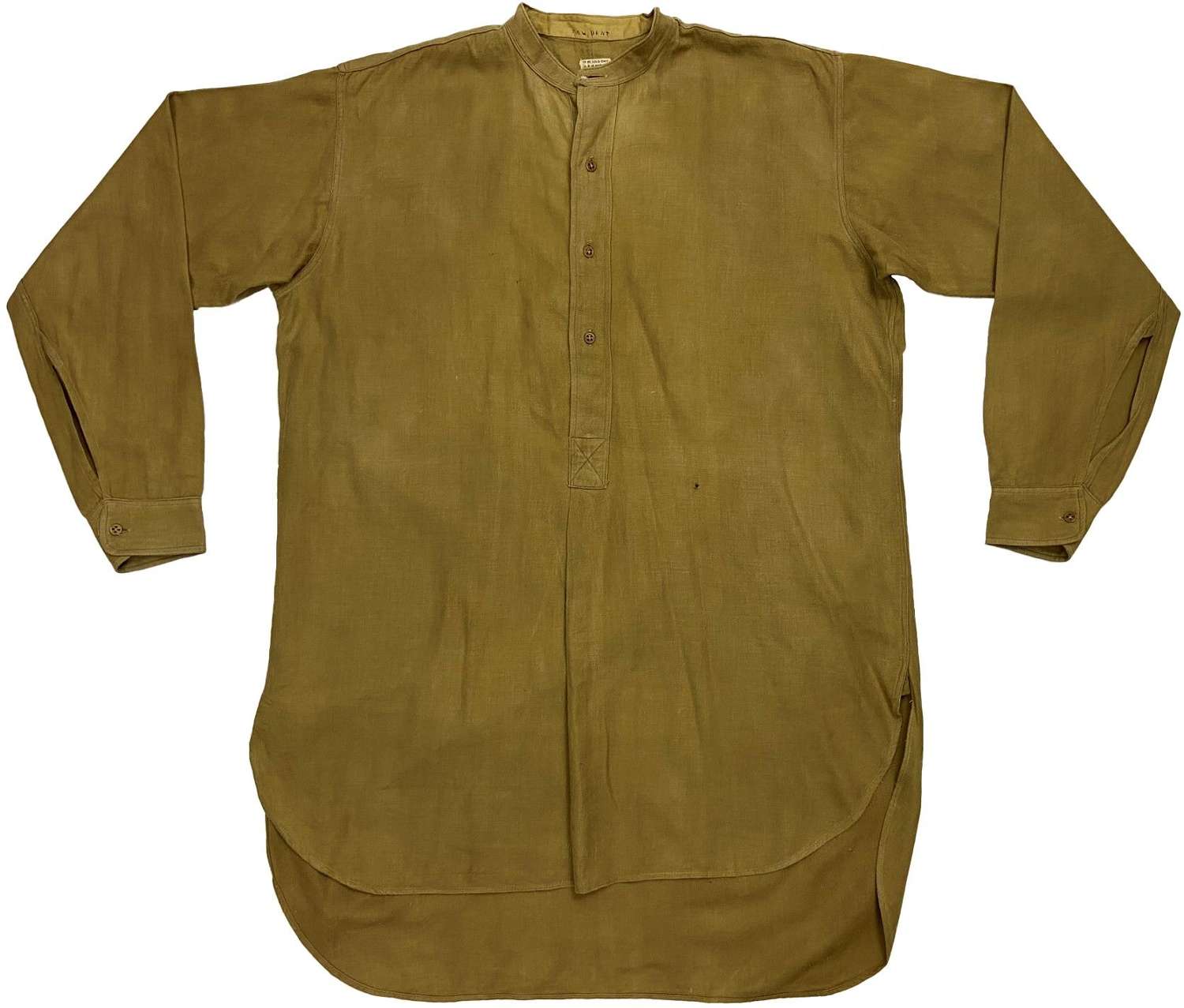 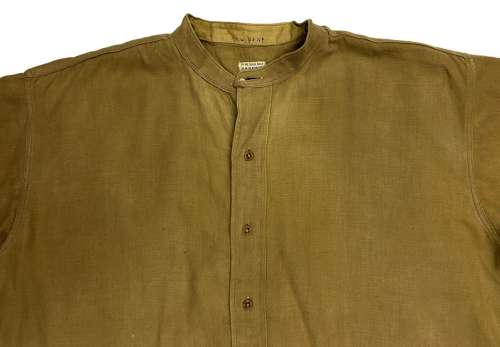 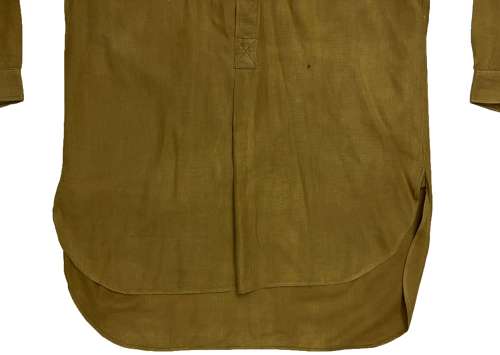 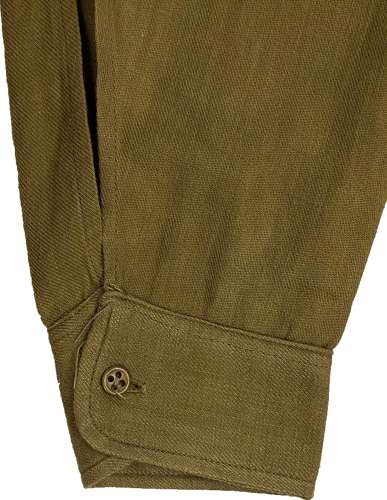 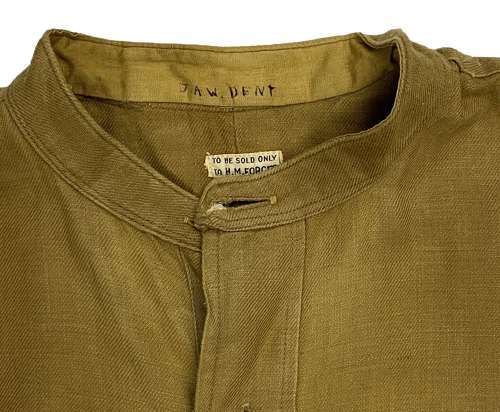 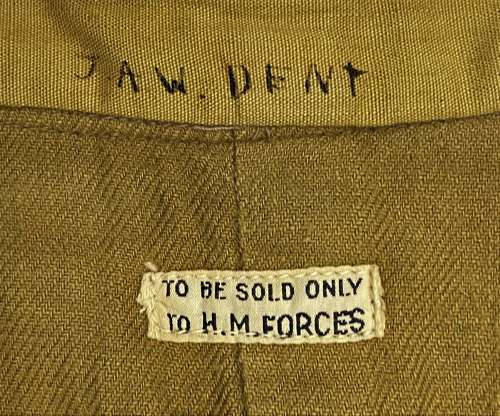 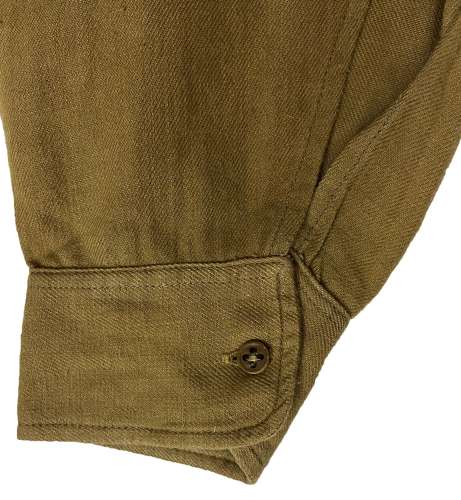 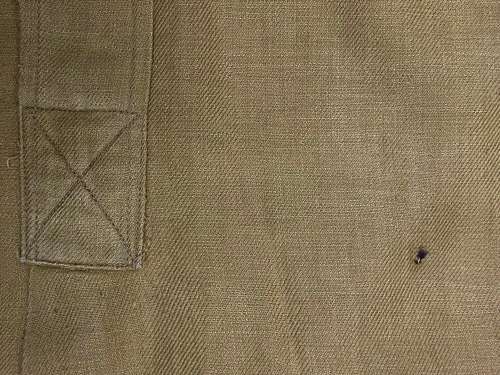 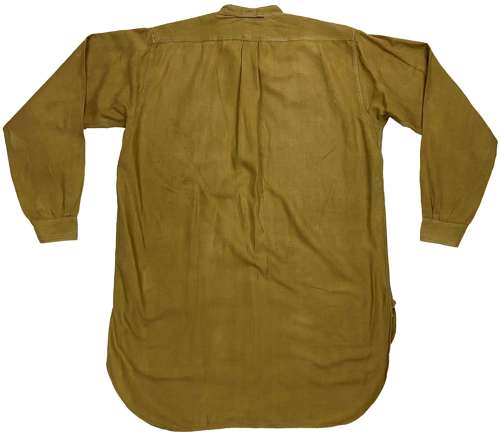 This shirt is an military private purchase example as is clear from the label. The shirt is made from a khaki greencoloured wool cotton mix which is soft to the touch. It features a neckband collar which is typical of those made in the 1930s and 1940s. Also typical of the period is the half placket, three button design which was prevalent in the first half of the 20th Century.

Inside the shirt the original label is still and reads 'To be sold only to H. M. Forces' denoting this as a military item. The name 'J. A. W. Dent' is written in ink to the inside of the collar. John Arthur Willan Dent served with the 2nd Battalion Welsh Guards after being made Lieutenant in 1942. He fought in Northwest Europe in 1944 and 1945 and was commander of the first tank to enter Brussels in 1944.

The shirt is a medium size which would suit around a 38-40" chest depending on desired fit. When laid flat it measures -

The shirt is in good condition for its age with some signs of wear and use. There is black mark to the front as shown in the pictures but overall it displays well. Please study the pictures before purchasing and bear in mind that this is a pre-worn vintage shirt.

A nice original Second World War officers shirt which would make a good addition to your collection!