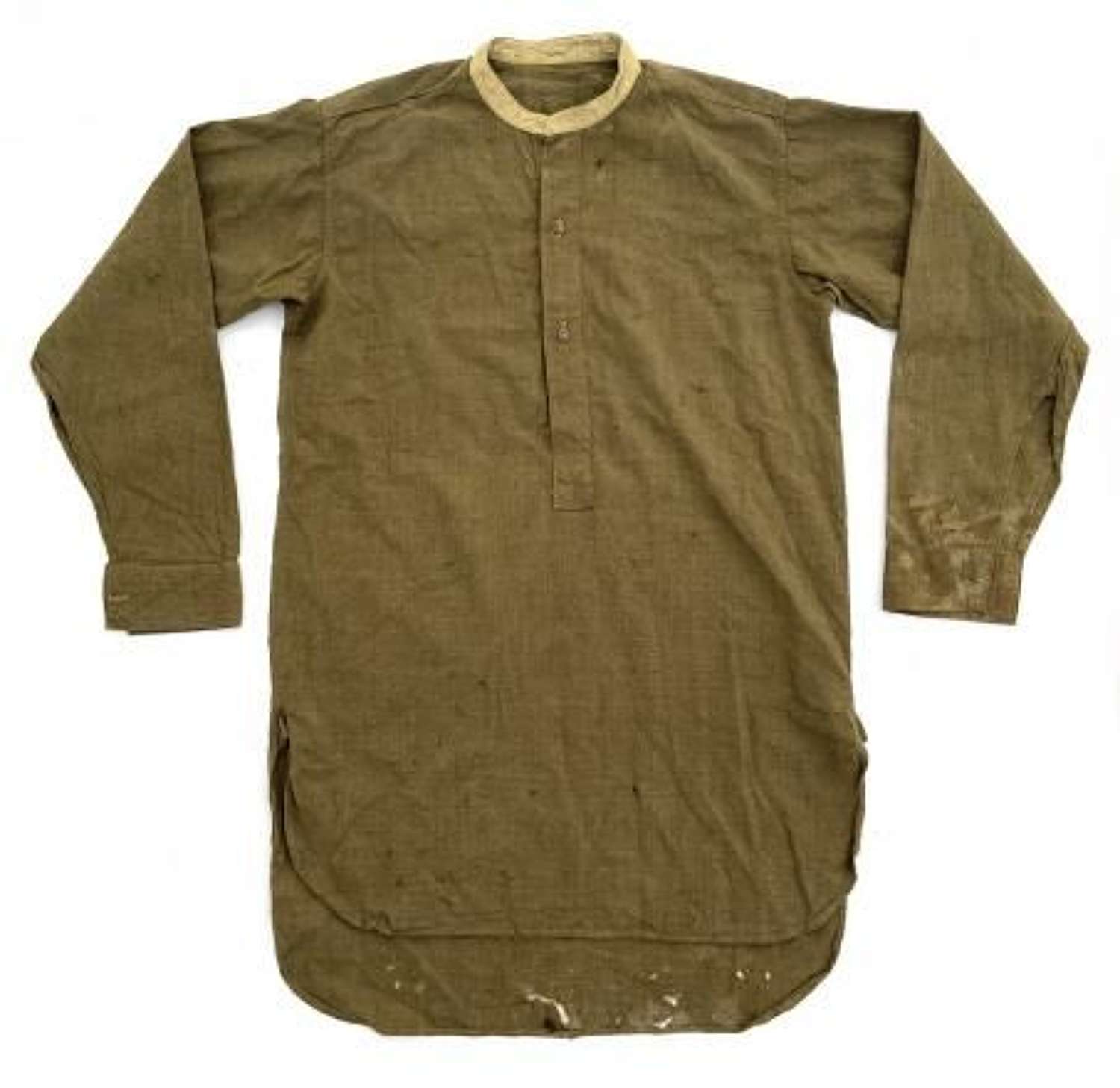 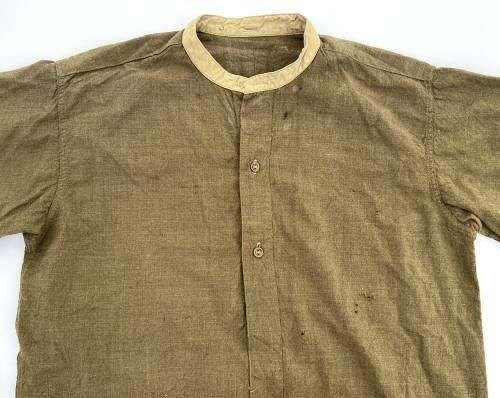 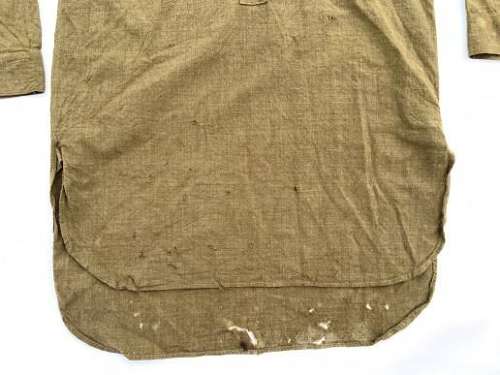 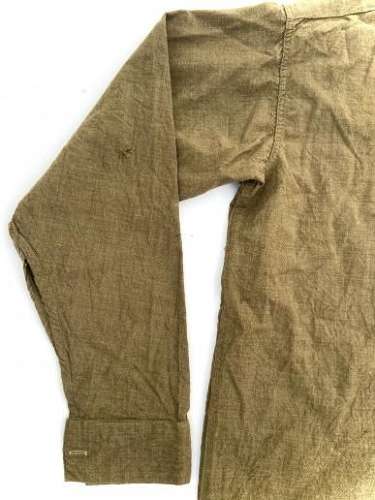 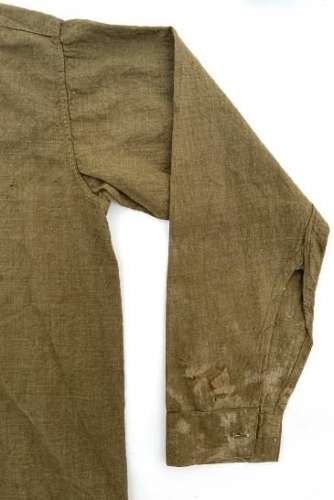 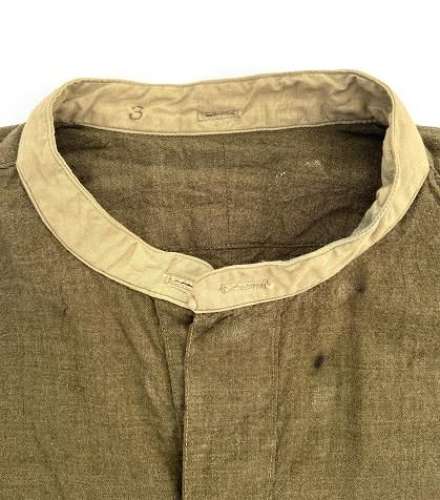 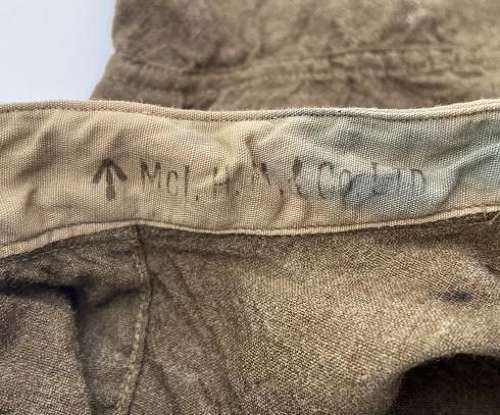 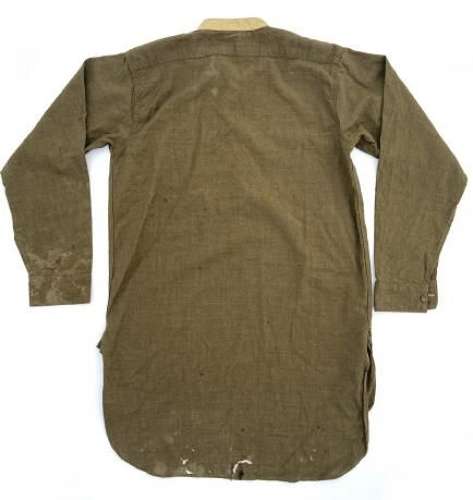 An original British Army Officers Shirt dating from the Second World War and in distressed condition.

This style of lightweight cotton shirt was popular during the Second World War. Whilst later shirts feature a full button front, this is an earlier example which has a half front, or 'tunic' front. This style was popular in both World Wars but became obsolete shortly after WW2. The shirt has a neckband collar which is designed to be worn with a detachable collar made from the same material as the body of the shirt.

The collar bears markings including the number 3 which denotes the size and the manufacturers name of Mcl. H. M. & Co Ltd.

The shirt is in distressed condition with a variety of holes and stains. I have detailed these in the pictures and it has been reflected in the price.

This may still be a usable shirt for a mannequin or could suit a certain type of display.