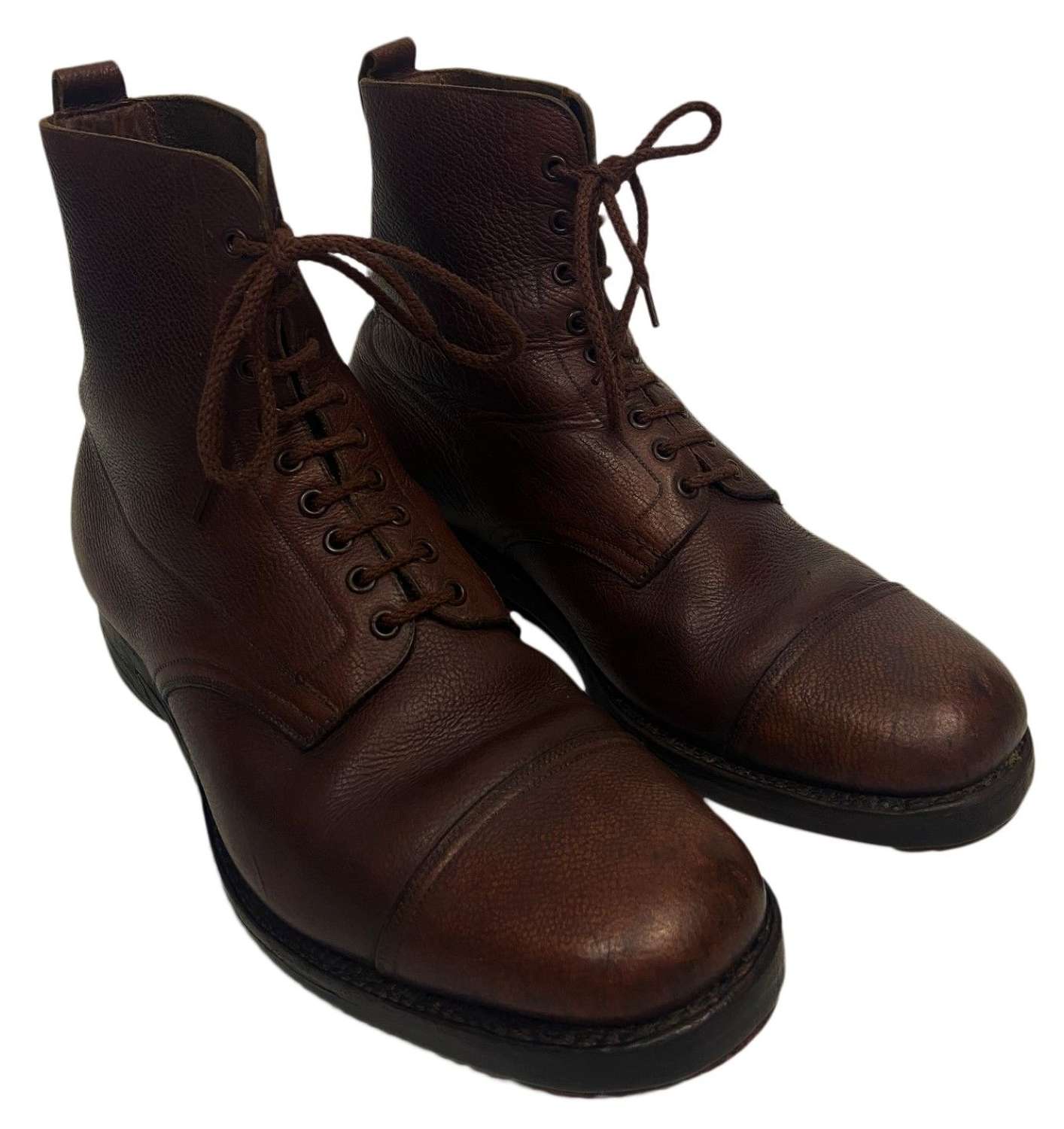 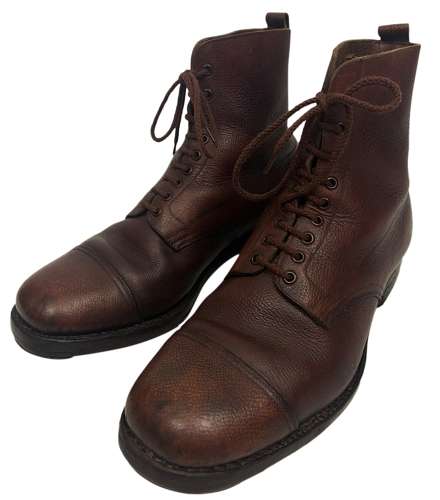 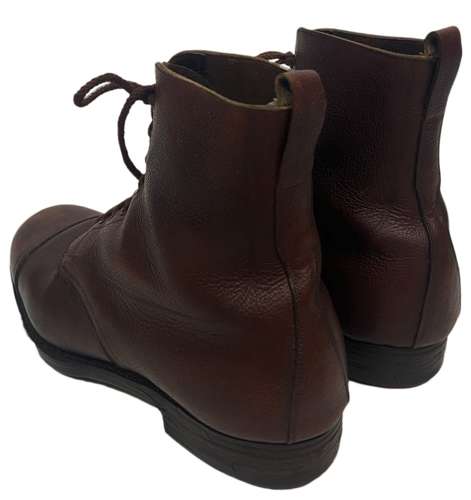 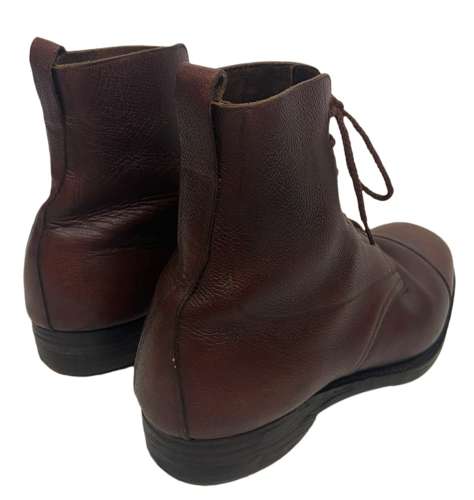 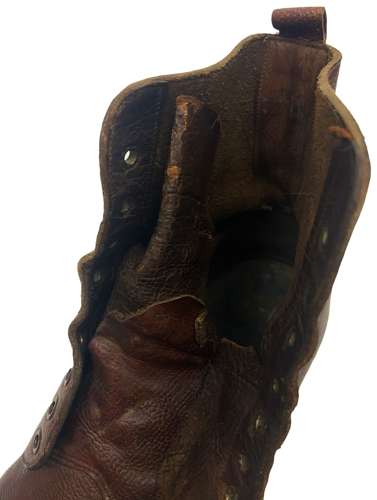 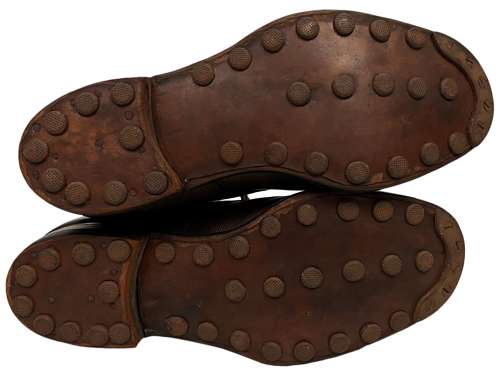 An original pair of British Army Officers Ankle Boots which belonged to Major T Rothwell who served with the Royal Engineers in the Far East during the Second World War.

These boots are typical of those worn by British Army officers throughout WW2. They are made from a brown coloured pebbled leather and feature a toe cap. Nine brown painted metal eyelets are fitted to the boots and the interior is unlined. The soles are leather as are the heels; both of which are fitted with metal studs.

The boots are in excellent condition and display very well as can be seen in the pictures. The leather uppers have a nice patina to them and appear to be strong and wearable. The soles show no signs of wear or use and look to have been re-soled and then never worn! There is some tarnishing and signs of age to the metal studs but this could be cleaned off.

The boots have no size marked but are approximately a size 7. The boots measure at

A nice pair of British Army officers boots in nice condition. These came with a number of other items attributed to the same man which all date from the Second World War meaning that these are a guaranteed pair of wartime issued boots.