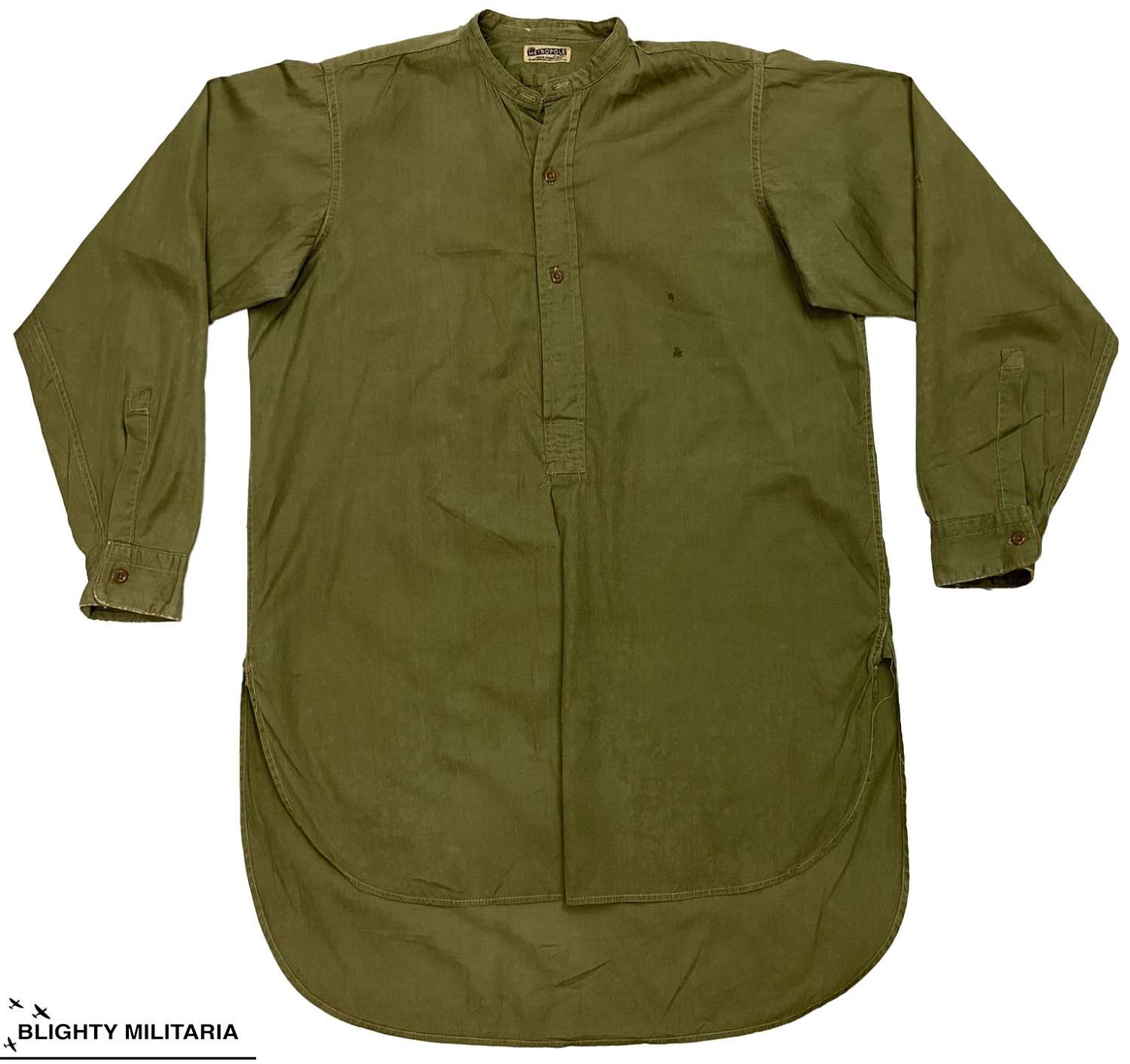 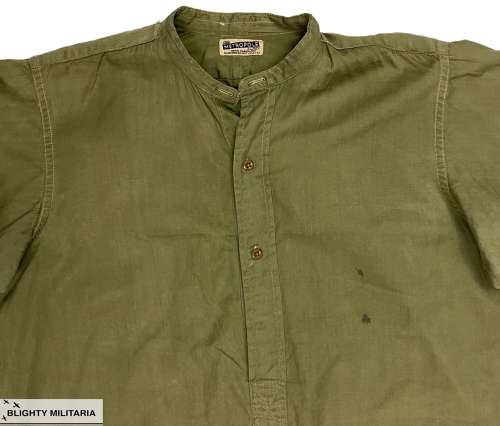 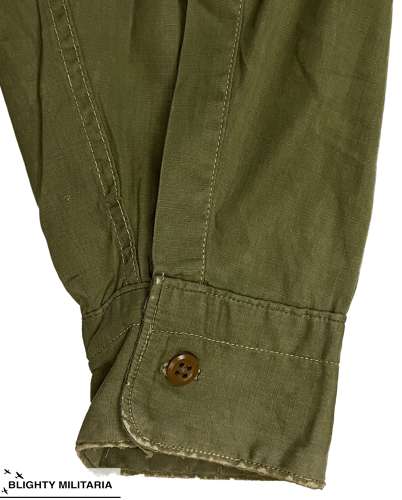 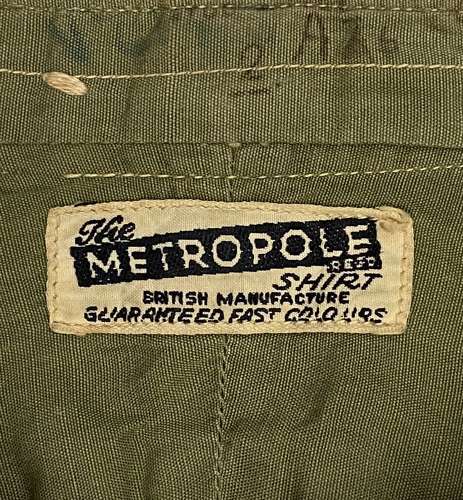 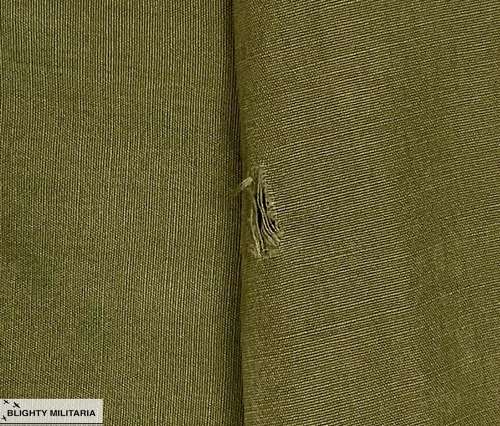 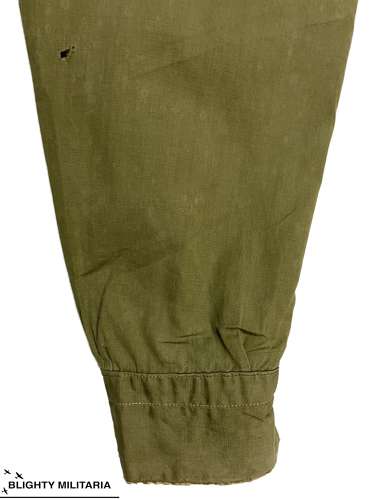 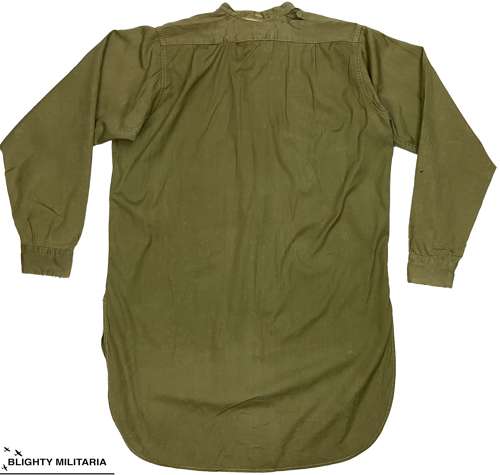 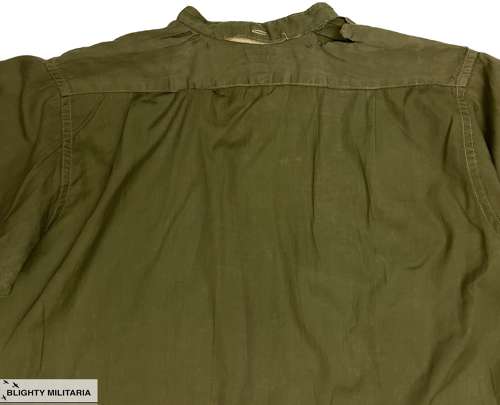 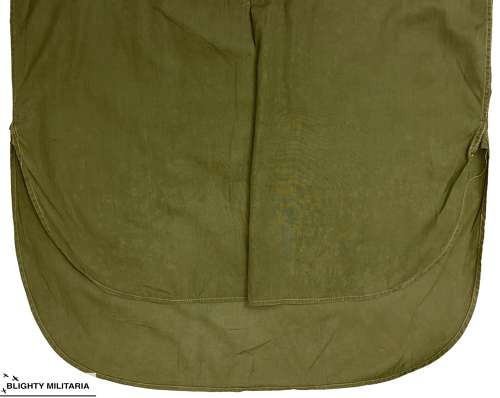 A nice original British Army Officers Shirt made from poplin cotton and dating from the 1940s.

This shirt came as part of a grouping of items which belonged to an officer who served with the British Army during the Second World War. It is made from a beige-green coloured poplin cotton which was a popular choice for British officers during the 1930-1950s. The shirt is typical of those worn in the first half of the 20th Century in the UK featuring a half button or 'tunic' front and a neckband collar. This was worn with detachable collars made from the same material.

The original label is still present inside the shirt and features typical early 1940s graphics. It bears the name of 'The Metropole Regd Shirt' along with 'British Manufacture' and Guaranteed fast colours.

The shirt is in heavily worn condition with lots of wear, some limited damage and some staining. Please study the pictures before purchasing and bear in mind that this is a vintage, pre-worn item which has flaws.

An original WW2 item with a good label.