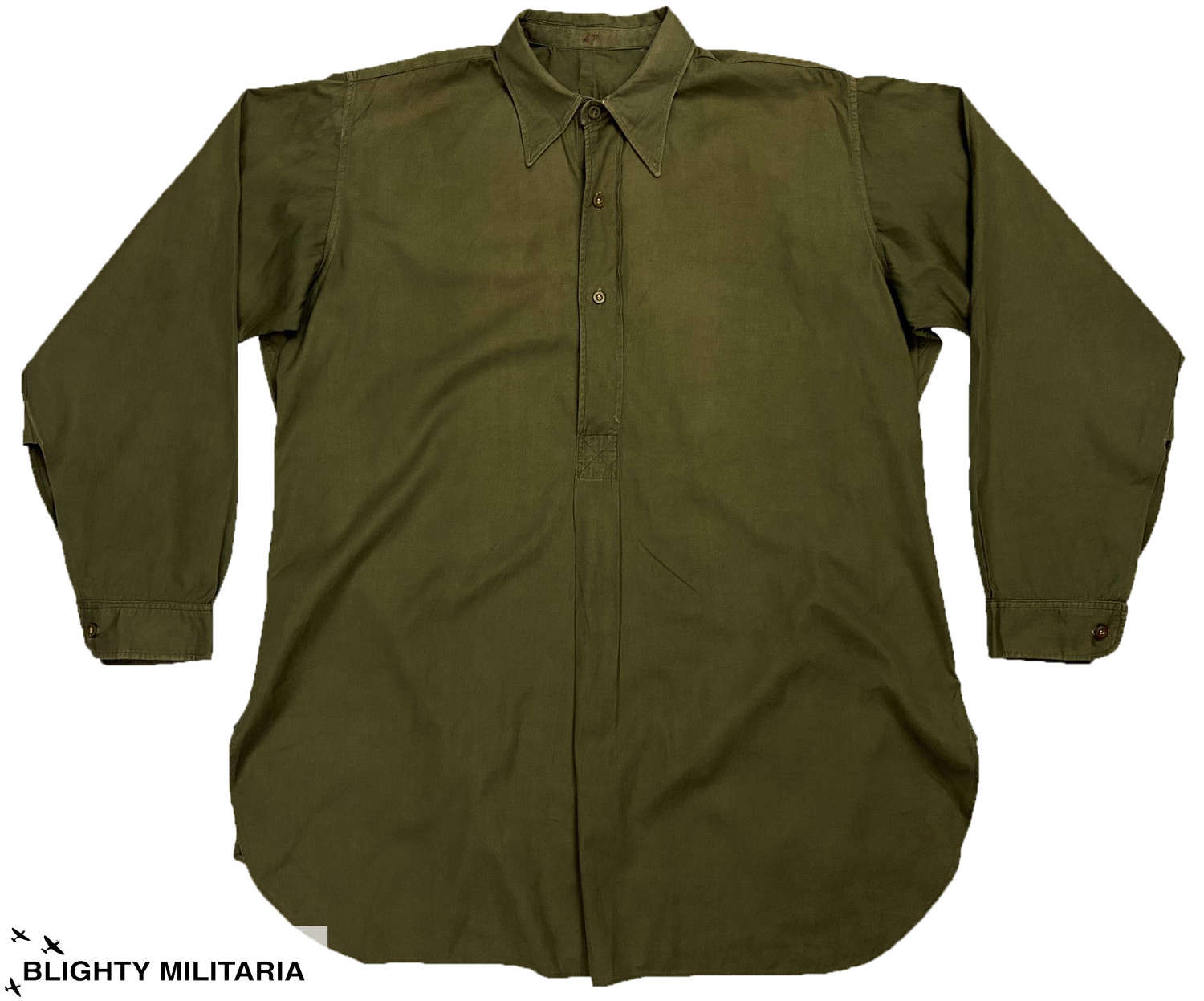 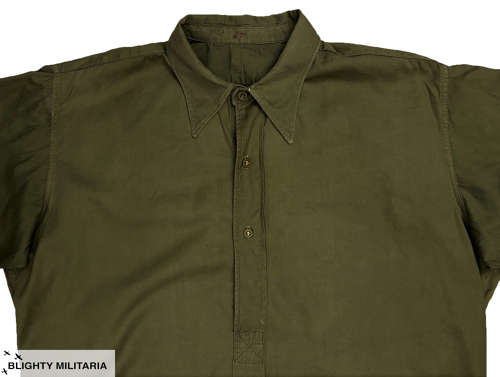 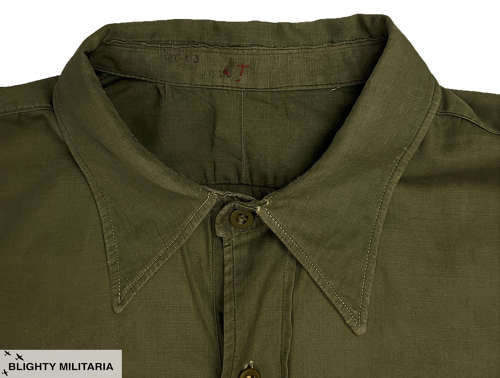 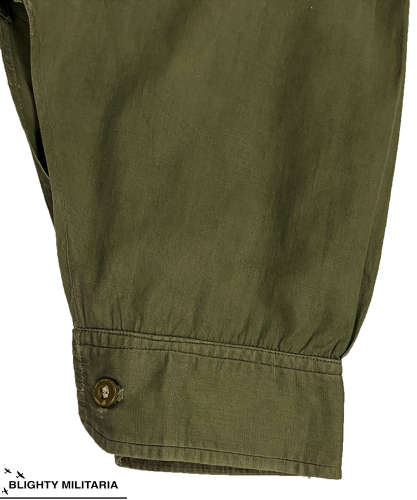 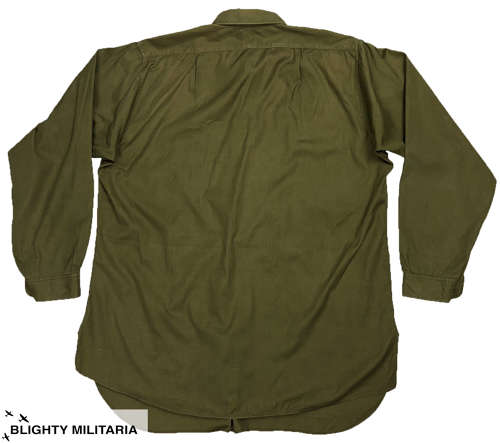 A nice original British Army Officers Shirt made from poplin cotton and dating from the 1940s.

This shirt is made from a green coloured poplin cotton which was a popular choice for British officers during the 1930s and 1940s. The shirt is typical of those worn in the first half of the 20th Century in the UK having a half-placket, or 'tunic', front which was common until full button shirts gained popularity in the 1950s. The shirt was originally made with just a neckband collar to be worn with detachable collars. The original owner has had the collar stitched directly into the neckband however, creating an attached collar shirt. Attached collar shirts began to really gain popularity during the Second World War as they were easier to wear than those with detachable collars. The collar is a lovely spearpoint shape as was popular during the 1930s and 1940s.

The shirt is a medium size which will suit someone of around a 40" chest, depending on desired fit. When laid flat it measures -

The shirt is in very good condition with only limited signs of wear and use. Overall it displays very well and looks to still be very wearable. Please study the pictures before purchasing and bear in mind that this is a vintage, pre-worn item.

All in all a nice original early British Army officers poplin shirt in good condition.