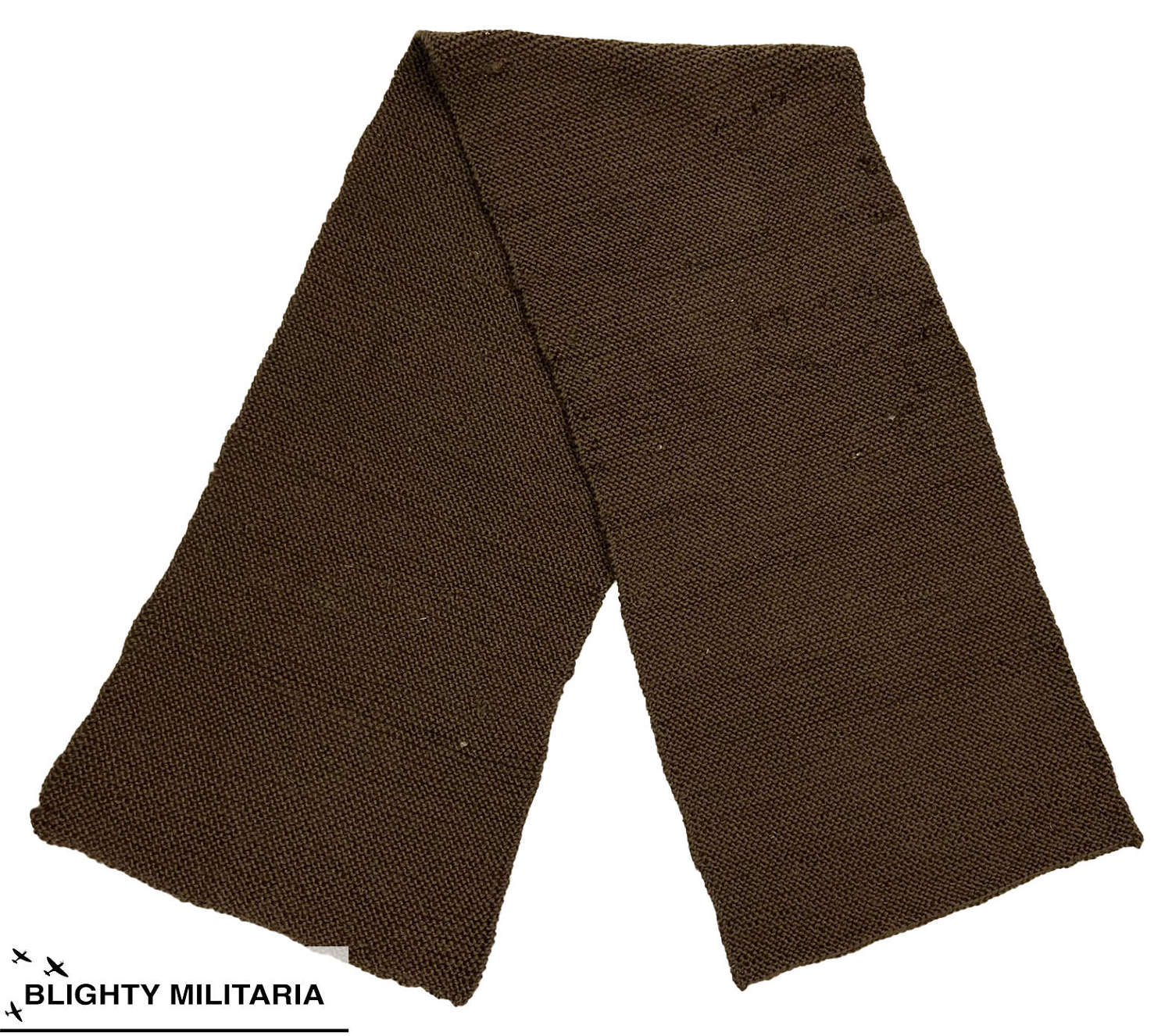 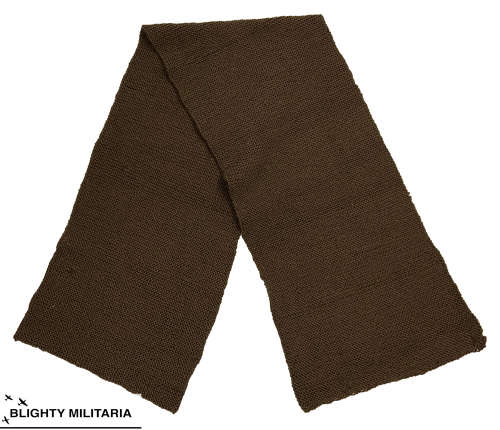 An original private purchase knitted khaki wool scarf which belonged to Captain John Campbell Mantell M.B.E. who served with the 2nd Battalion of the Royal Warwickshire Regiment during the Second World War and in Palestine.

This scarf is possibly a home knitted example or was bought privately by the original owner. It is one of two scarfs which were found in his trunk and is large in size, measuring 12" wide.

It is in good condition with some signs of age etc. Please study the pictures and bear in mind that it is a vintage item which may have small flaws commensurate with age.

A very nice original item which has known provenance.