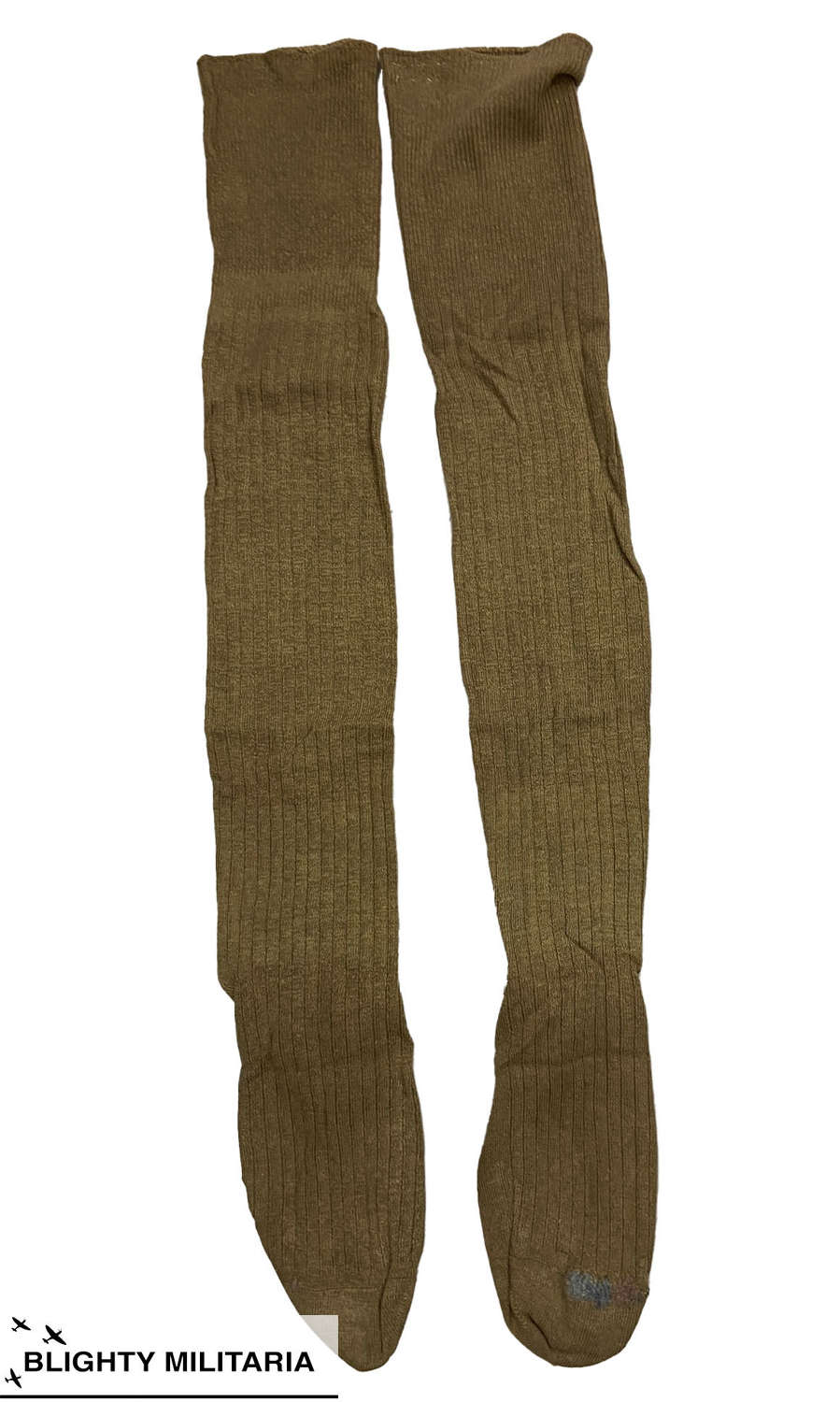 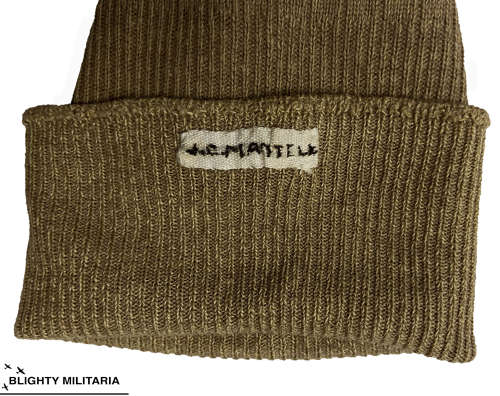 An original pair of British Army officer's woollen long socks as worn with the Khaki Drill uniform which belonged to Captain John Campbell Mantell M.B.E. who served with the 2nd Battalion of the Royal Warwickshire Regiment during the Second World War and in Palestine.

The socks appear to be a private purchase pair rather than the issue pattern. This particular pair is undated but other pairs which belonged to the same man have wartime dates. The original owner has added a name tag to the interior which reads 'J. C. Mantell'.

The socks are in good condition with signs of wear and use. There are some period darn repairs and the odd small hole but they display well and are in the same condition they were in when last used by the original owner.

A hard to find piece of British officer's uniform from this period.