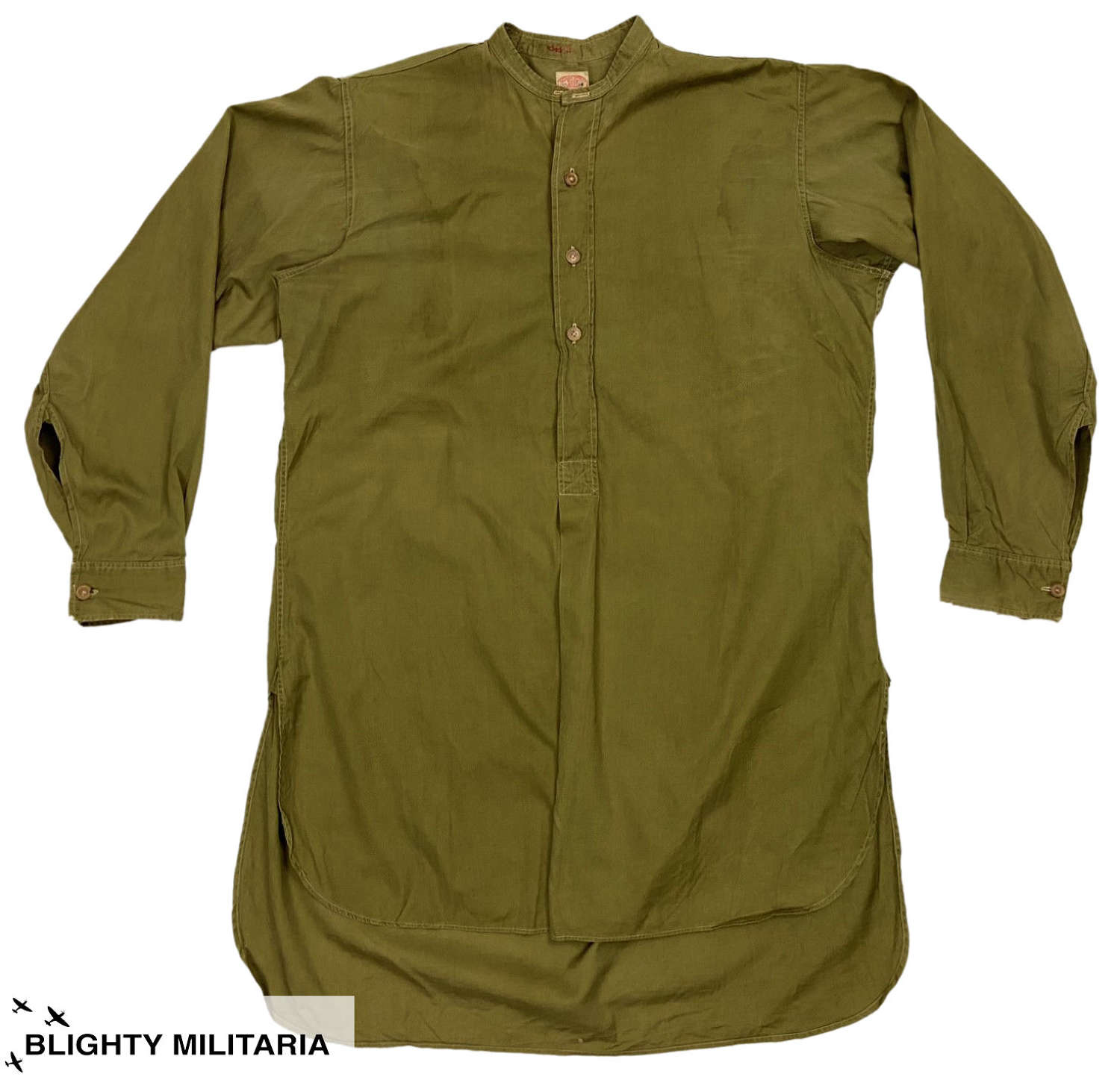 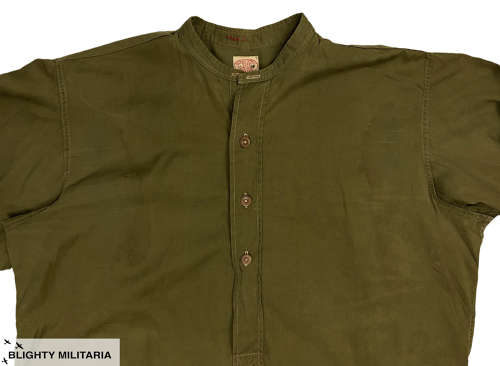 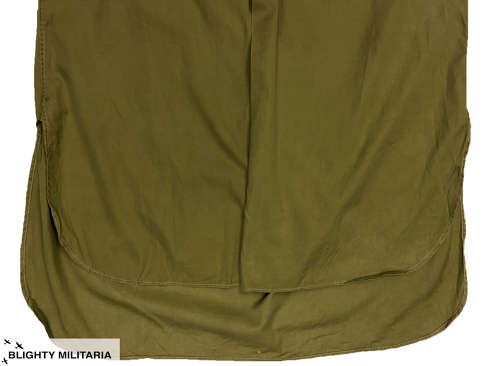 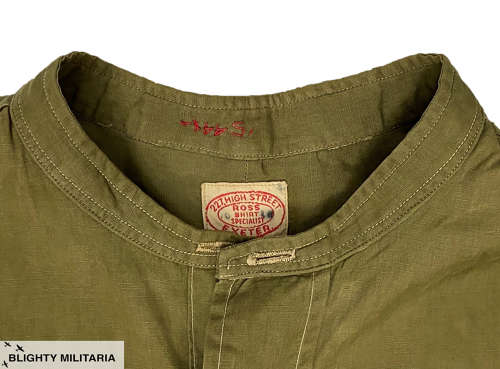 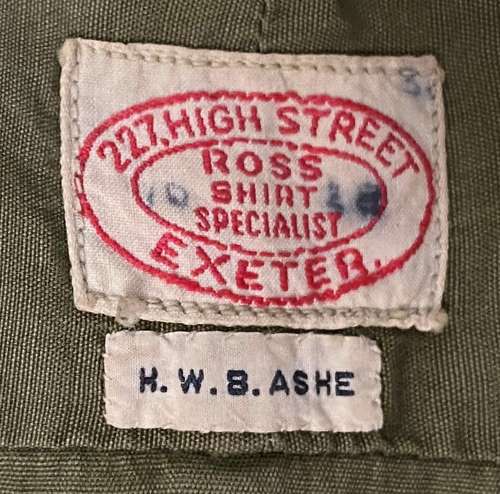 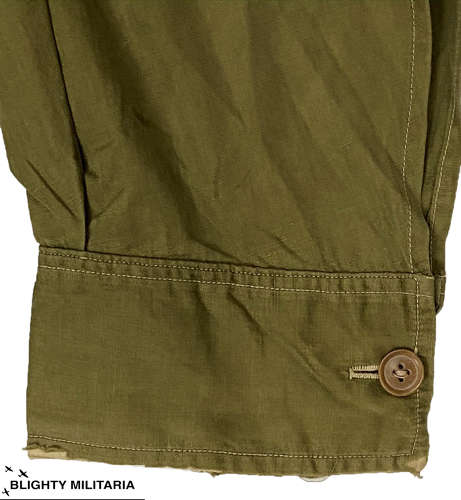 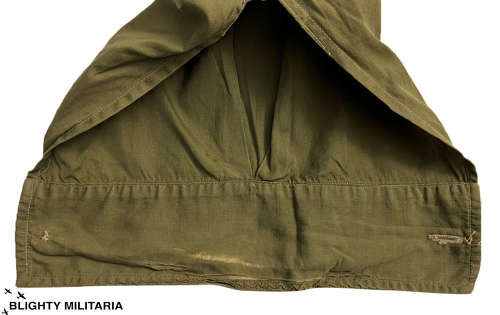 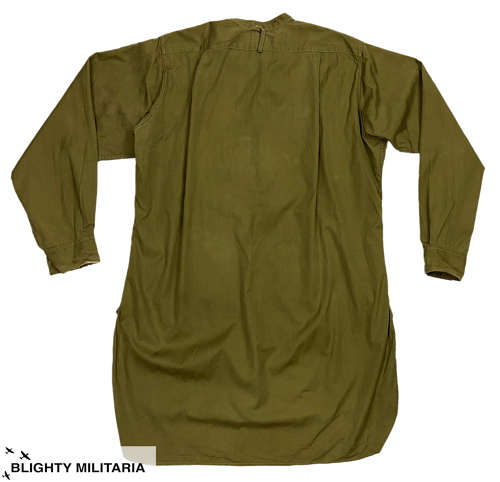 A nice original British Army Officers Shirt made from poplin cotton and dating from the early 1940s.

This shirt was made by Ross Shirt Specialist of Exeter for Major Herbert William Benjamin Ashe who served in Italy with the Royal Signals as part of 56th Division. He was killed in Italy on the 18th of September 1944

This shirt is made from a green coloured poplin cotton which was a popular choice for British officers during the 1930-1950s. The shirt is typical of those worn in the first half of the 20th Century in the UK featuring a half button or 'tunic' front and a neckband collar. This was worn with detachable collars made from the same material.

The original label is still present inside the shirt and bears a maker's name and address. Below this is the original owner's name tag which has been added by hand.

The shirt is in very good condition with some signs of wear and use. Overall it displays very well although the inside of the cuffs are very worn and there is a small amount of wear to the rear of the shoulders below the collar. Please study the pictures before purchasing and bear in mind that this is a vintage, pre-worn item.

All in all a nice original early British Army officers poplin shirt which is a guaranteed wartime item.