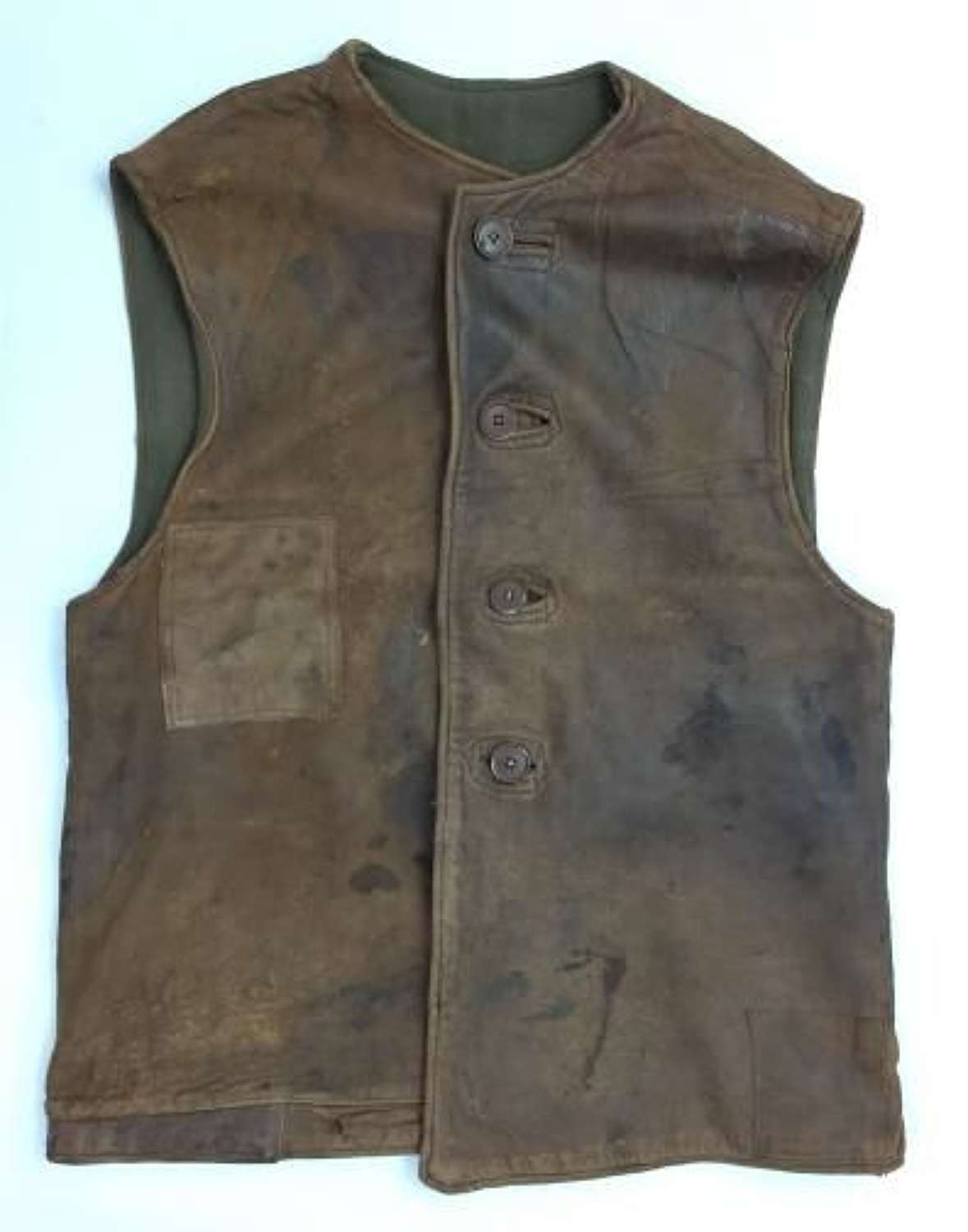 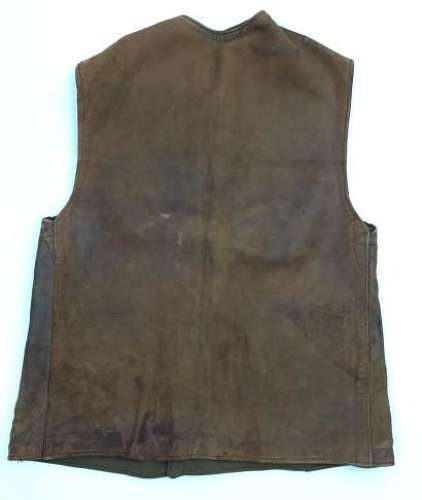 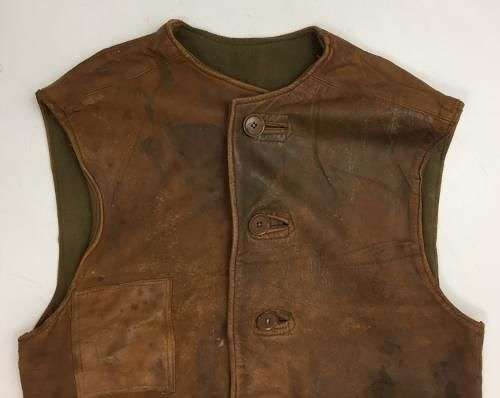 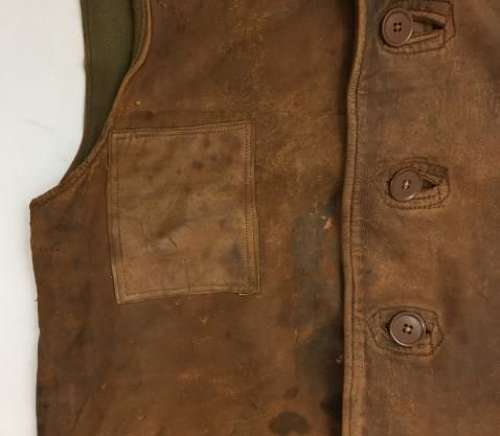 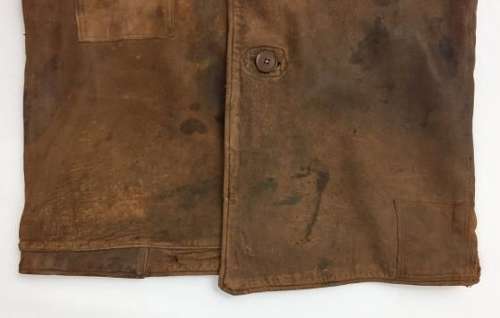 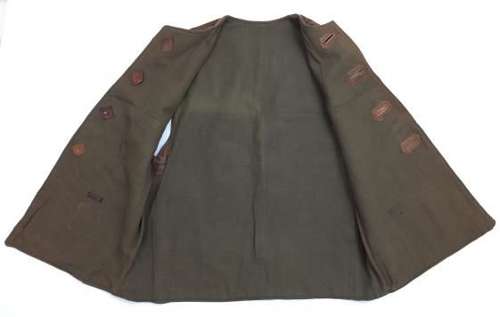 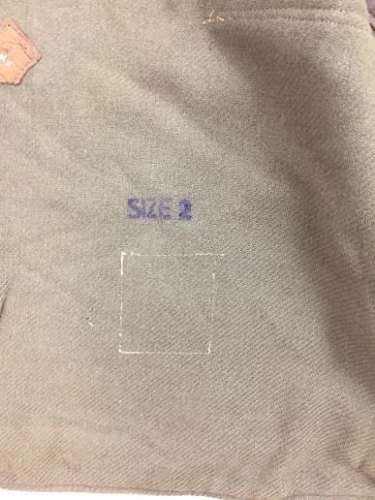 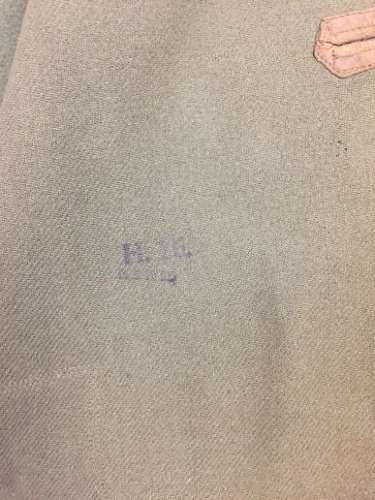 SOLD
An original British Army Leather Jerkin as issued during both World Wars.

I would date this example to around 1941 as it has a single piece back and only small portions of leather sections added to the bottom of the front, meaning that it is pre-economy. The lining is also typical of this period being of a lighter green shade often found on early war manufactured jerkins.

The jerkin is missing its original issue label but there is a clear area where it was previously attached. It does however have some ink stamps including one which reads 'Size 2' which is a helpful indication to the size of the jerkin. When laid flat the jerkin measures 23" pit to pit.

The overall condition of the jerkin is good and it displays well. The leather is subtle and there are no rips or tears. There is a patch to the front of the jerkin which appears to be period and adds to the authentic character of the item. A full set of original buttons are present and the lining is in good clean condition.

All in all a nice original wartime British Army leather jerkin in good condition. This would make a great addition to any British Army collection or suit a re-enactor.