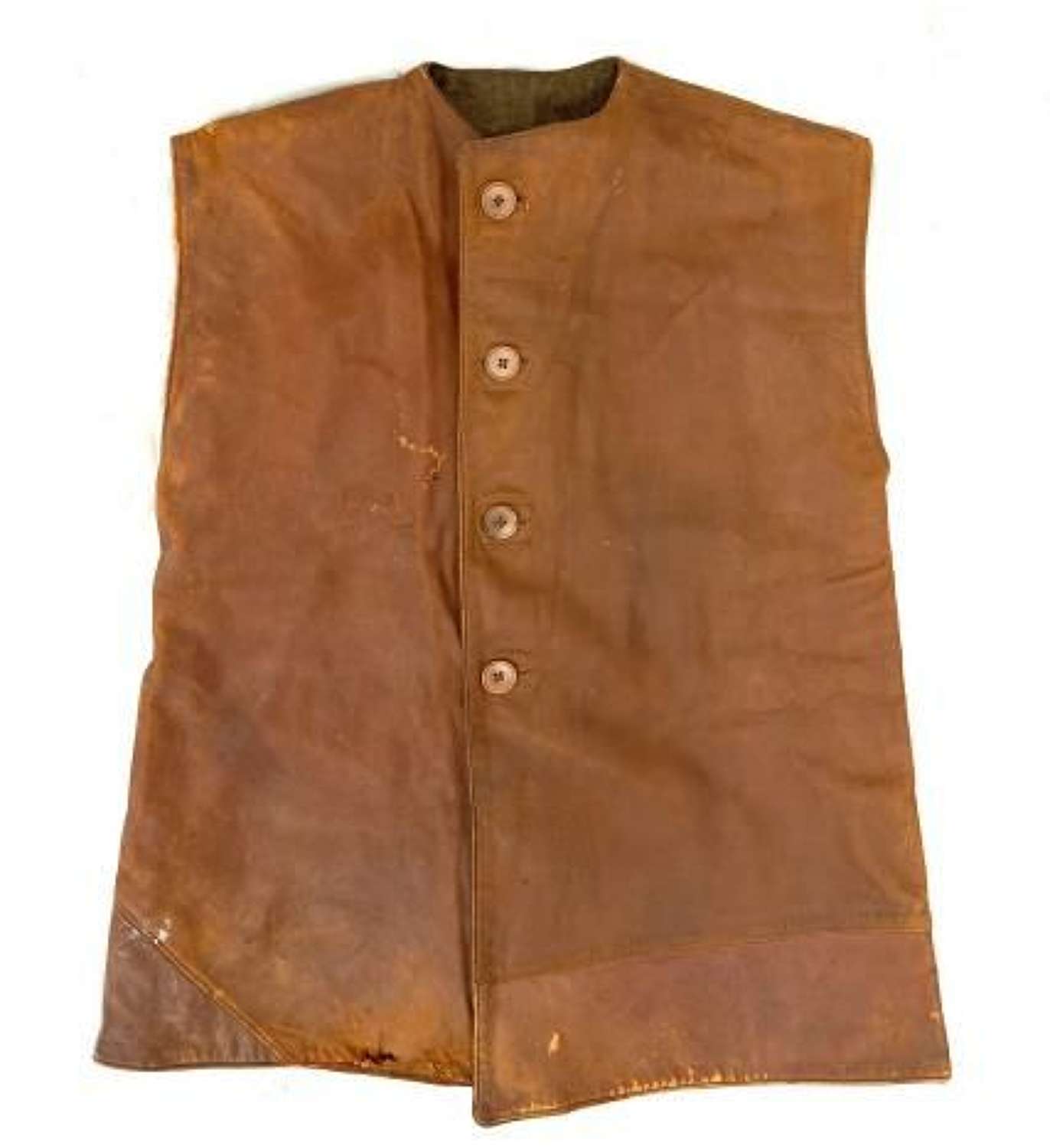 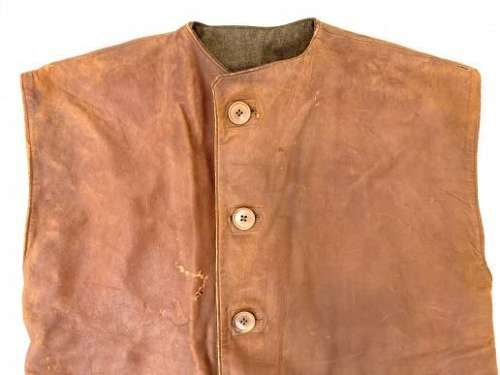 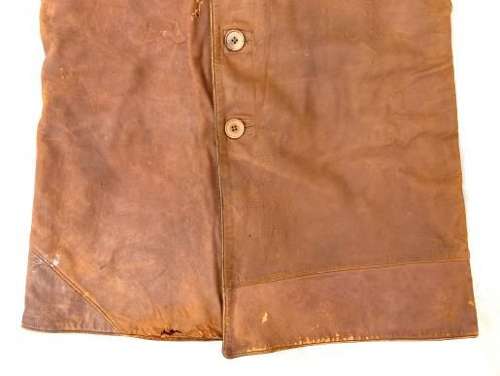 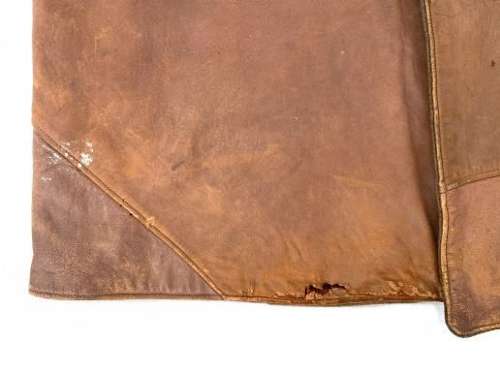 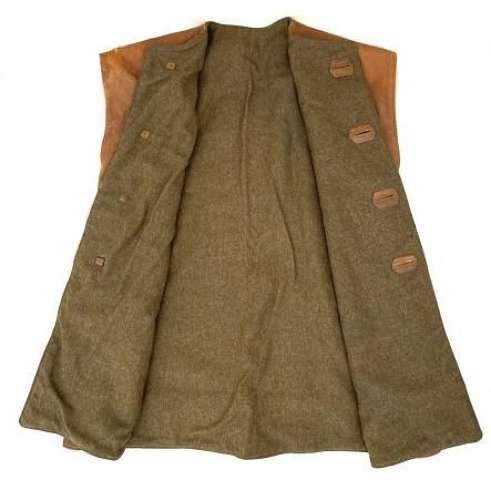 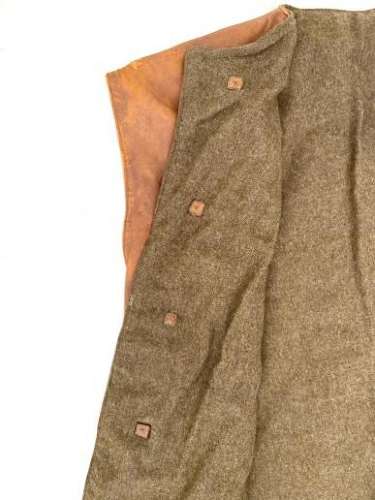 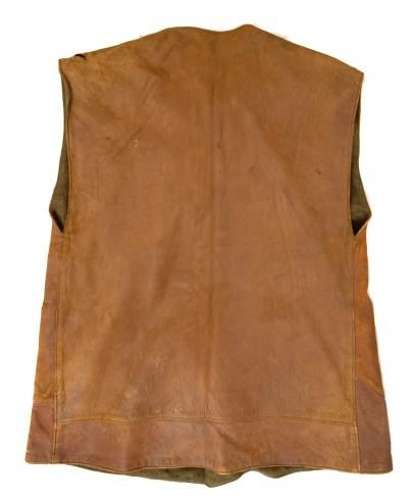 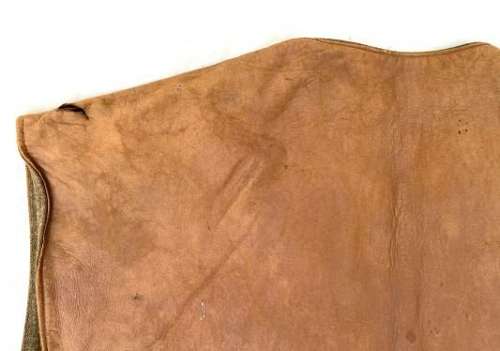 SOLD
An original British Army Leather Jerkin, most likely dating from the Second World War and in a large size.

This pattern of leather jerkin came into issue with the British Army during the Great War and stayed in service throughout the Second World War and well into the post-war years. This particular example most likely dates from WW2 based on its construction.

The body of the jerkin is made from a light vegetable brown leather whist the interior is lined with a khaki green shirting material. All the original buttons are still present which are more often than not missing on jerkins offered on the market today.

The original label is no longer present inside the jerkin although a clear outline of stitching is visible where it was originally attached and confirms this as a British Army example.

The jerkin is a large size and would most likely have been labelled as a size 4. This size is hard to find today with most surviving examples being either size 1 or size 2. When laid flat it measures -

The jerkin is in reasonable condition for it's age with moderate signs of wear and use. It displays well and still appear to be strong and wearable but does have various stains and nicks to the leather outer. There is also a small tear to the leather on the rear left shoulder and the bottom right, both of which are detailed in the pictures. Aside from this it still a very wearable item but may have other small issues consummate with its age.

A nice original Leather Jerkin with in a hard to find extra large size. This would suit a re-enactor or collector well!