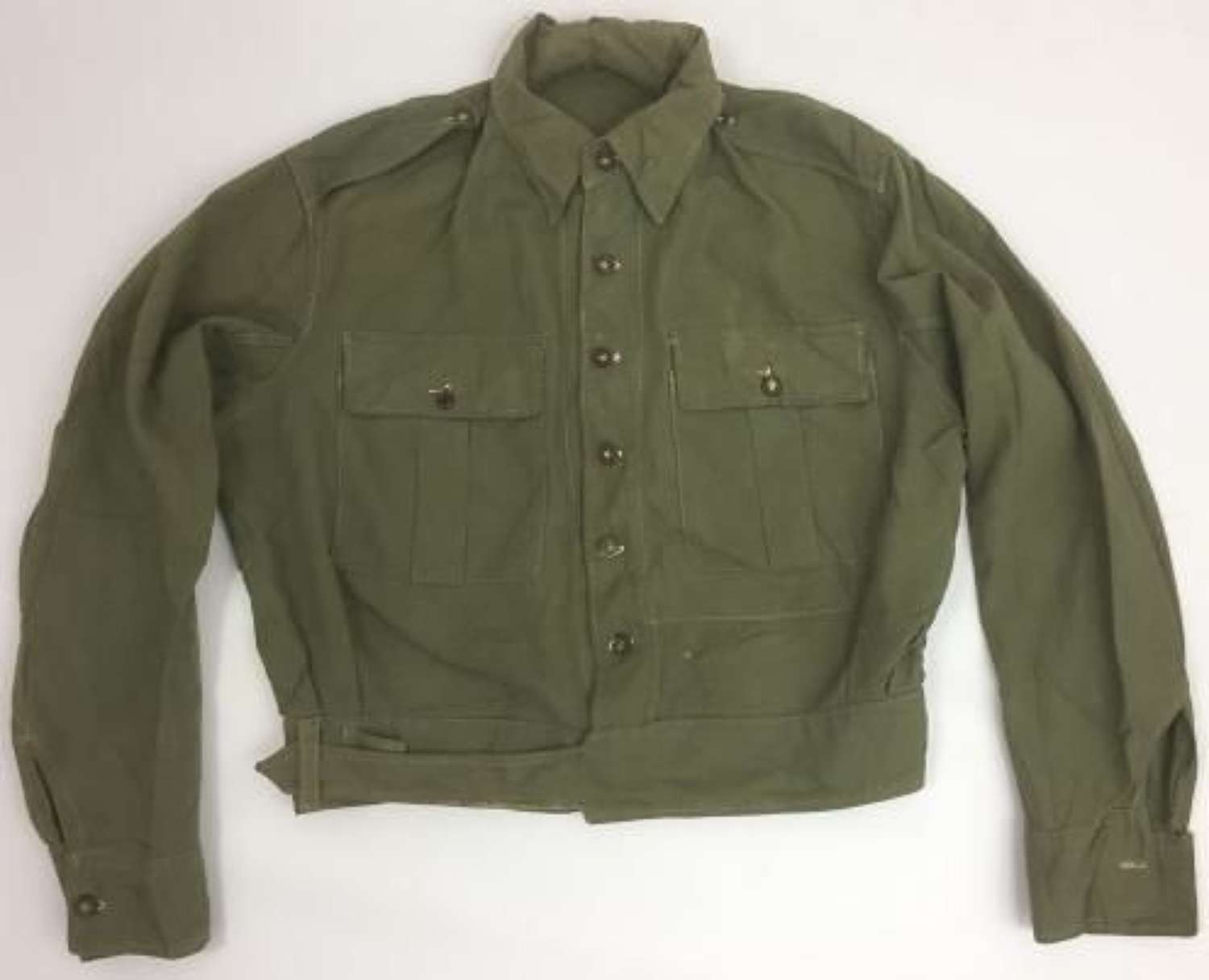 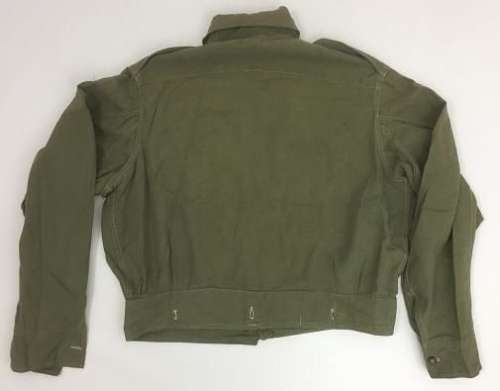 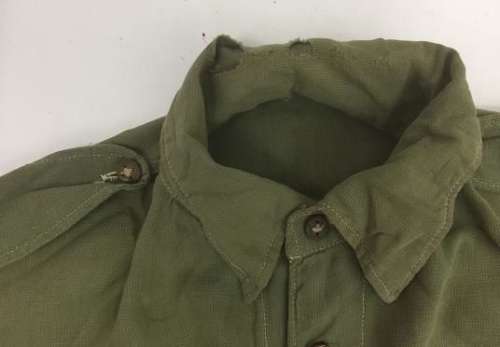 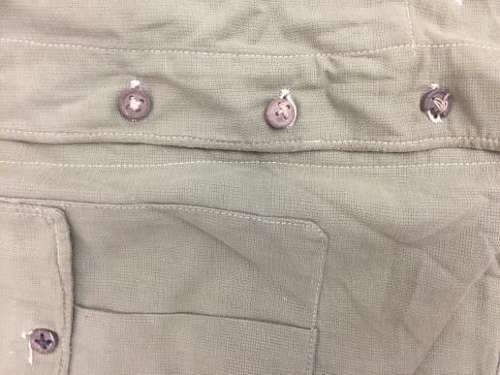 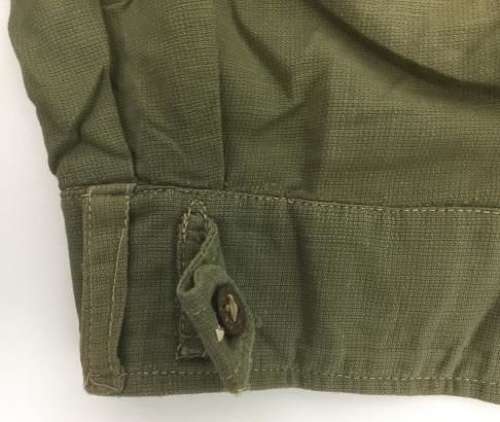 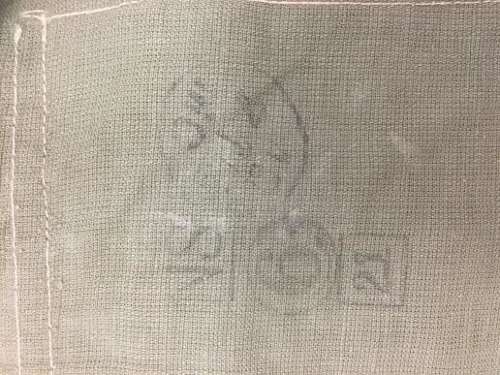 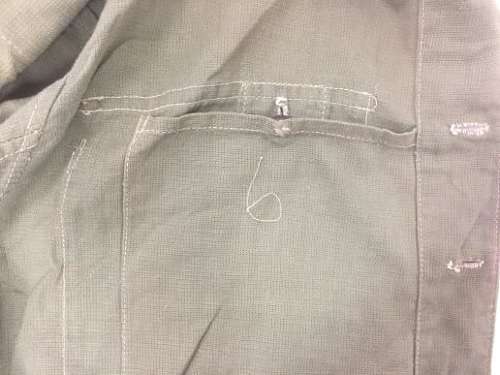 SOLD
An original WW2 Jungle Green airtex blouse as used in the Far East by the British Army and RAF in the last two years of the war.

This airtext jacket is Indian made as was the case with a huge amount of the clothing and equipment which was supplied to those men fighting in the Far East. The jacket features typical Indian style stamps including the size, 6, and the circular makers date mark, which is sadly to faded to be read. This said, I can guarantee that This is a wartime example none-the-less.

The jacket has the type of buttons only ever found on wartime Indian made clothing. They are all in good condition except one on the front which is chipped and another is missing from one of the cuffs.

The overall condition of the jacket is good but it has clearly had a lot of wear. The collar is particularly worn as can be seen in the pictures. This said, the jacket still displays nicely.

There is no waist buckle with this jacket but I can supply one for an extra £5.

Overall a nice example of a wartime jungle green airtex Battledress jacket that would compliment any British Army collection.