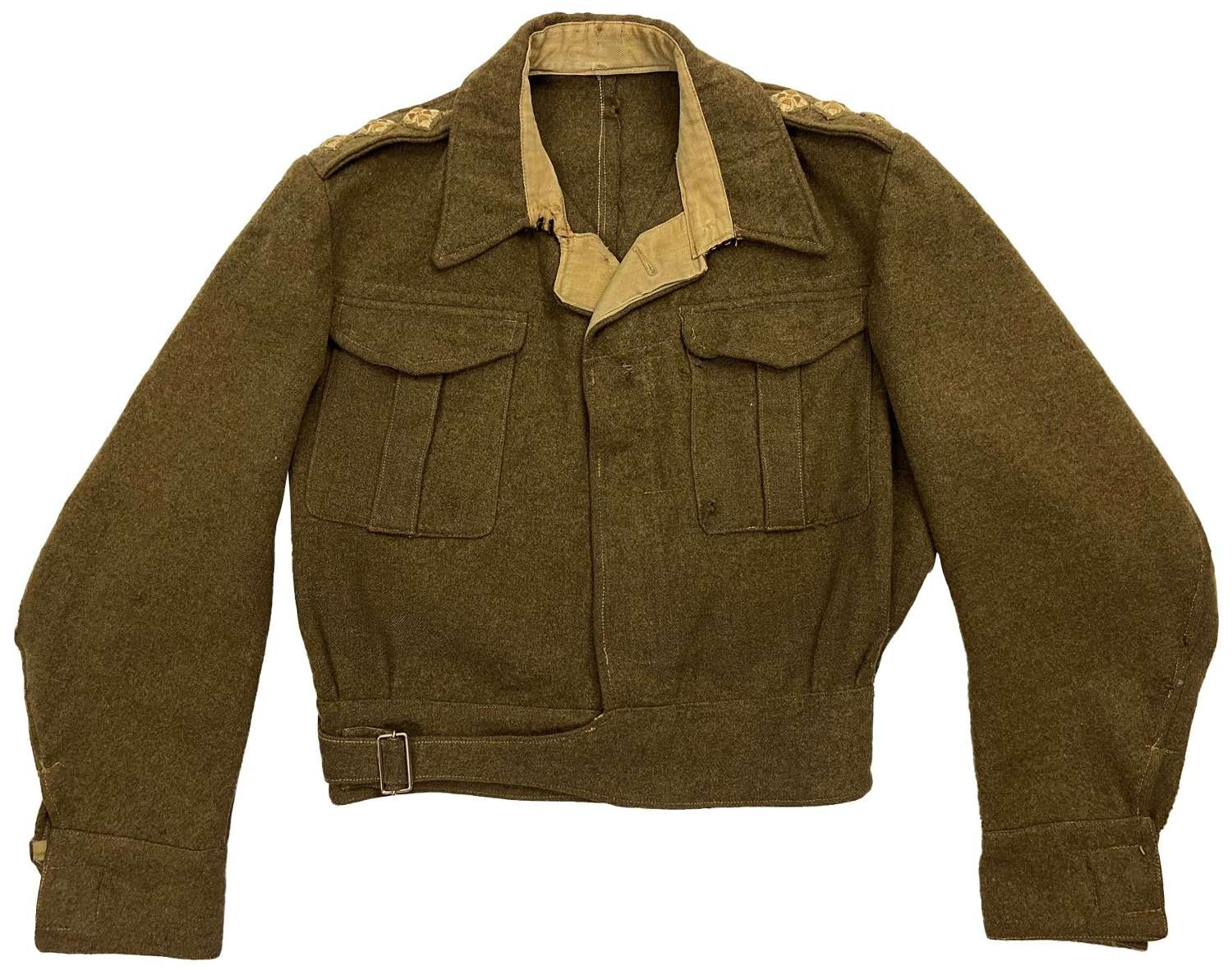 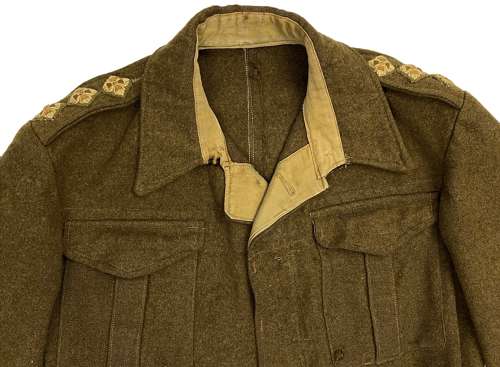 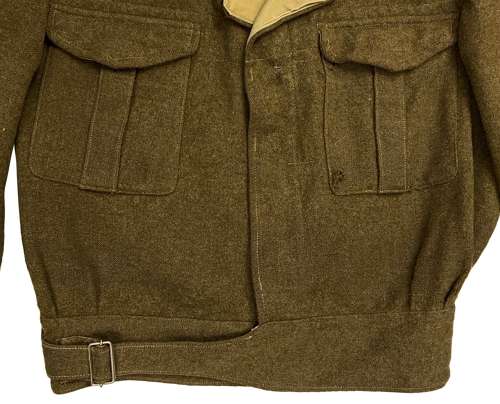 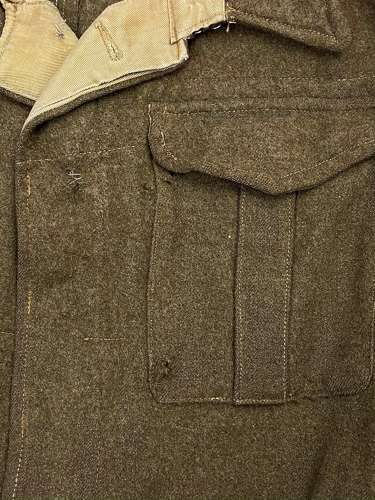 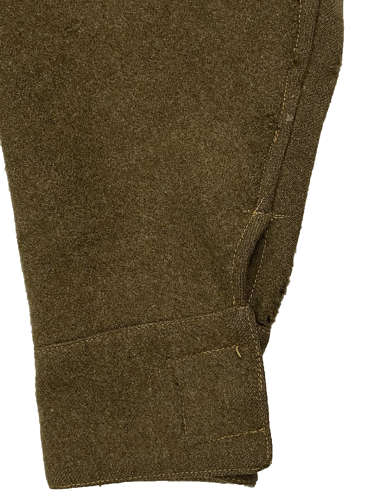 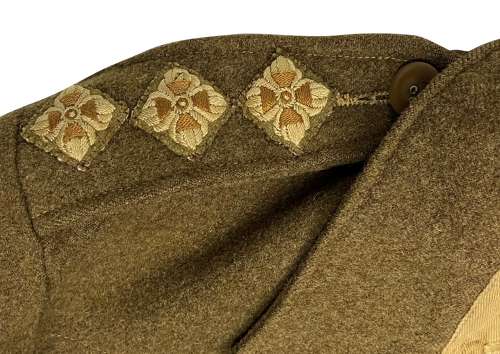 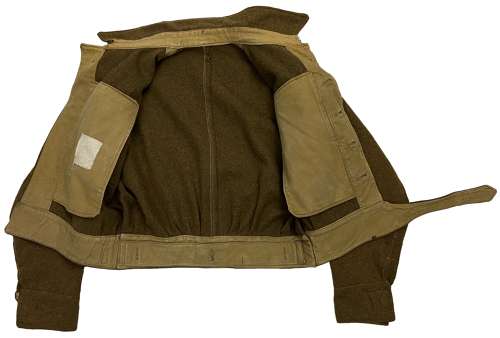 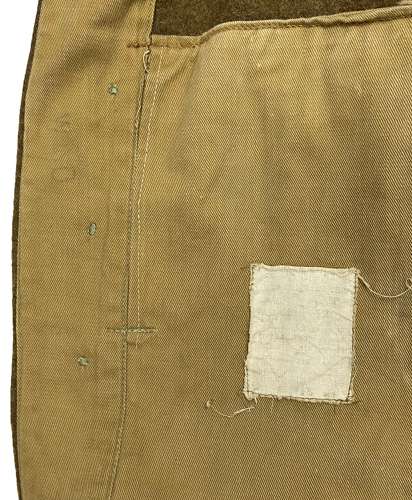 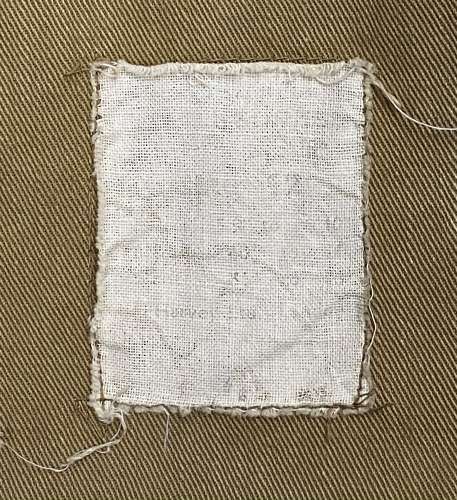 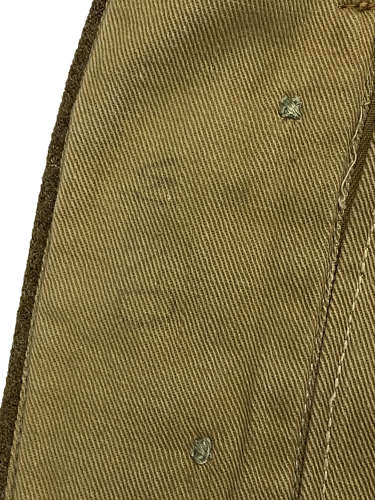 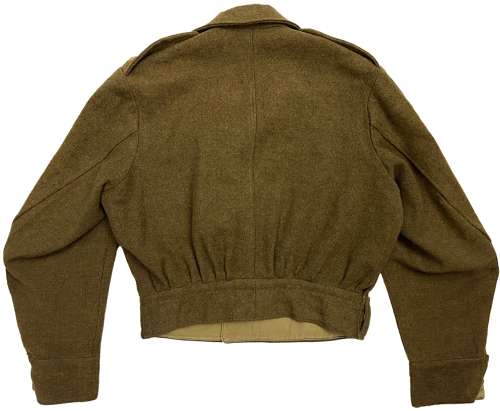 This pattern of battledress blouse came into issue with the British Army in mid 1940 and was used throughout the rest of the Second World War. It was replaced by the Austerity pattern jacket in 1942 and features two inside pockets and a wire waist buckle which would suggest it dates from either 1940 or 1941. It is often erroneously referred to as '1937 pattern' by collectors today.

The jacket is made from the standard khaki green serge wool and features two breast pockets, a fly front and epaulettes to the shoulders. The collar has been pressed open as was often done with officers' battledresses. The epaulettes are fitted with khaki officers pips denoting the rank of captain. Khaki pips were used by the British Army up until 1941 when they were replaced with the coloured type.

Inside the jacket the original label is still present but is very washed out. The size of 12 is still visible but no further information appears to be legible. There is also a War Department acceptance stamp which appears to be with a letter code which is common to find on early war battledress.

Generally speaking the jacket is in good condition and displays well. There are however some holes and repairs which are detailed in the pictures. This is a far from perfect example but it is sound and wearable none-the-less. Please study the pictures before purchasing.

All in all a good early war battledress jacket with some flaws which are reflected in the price.