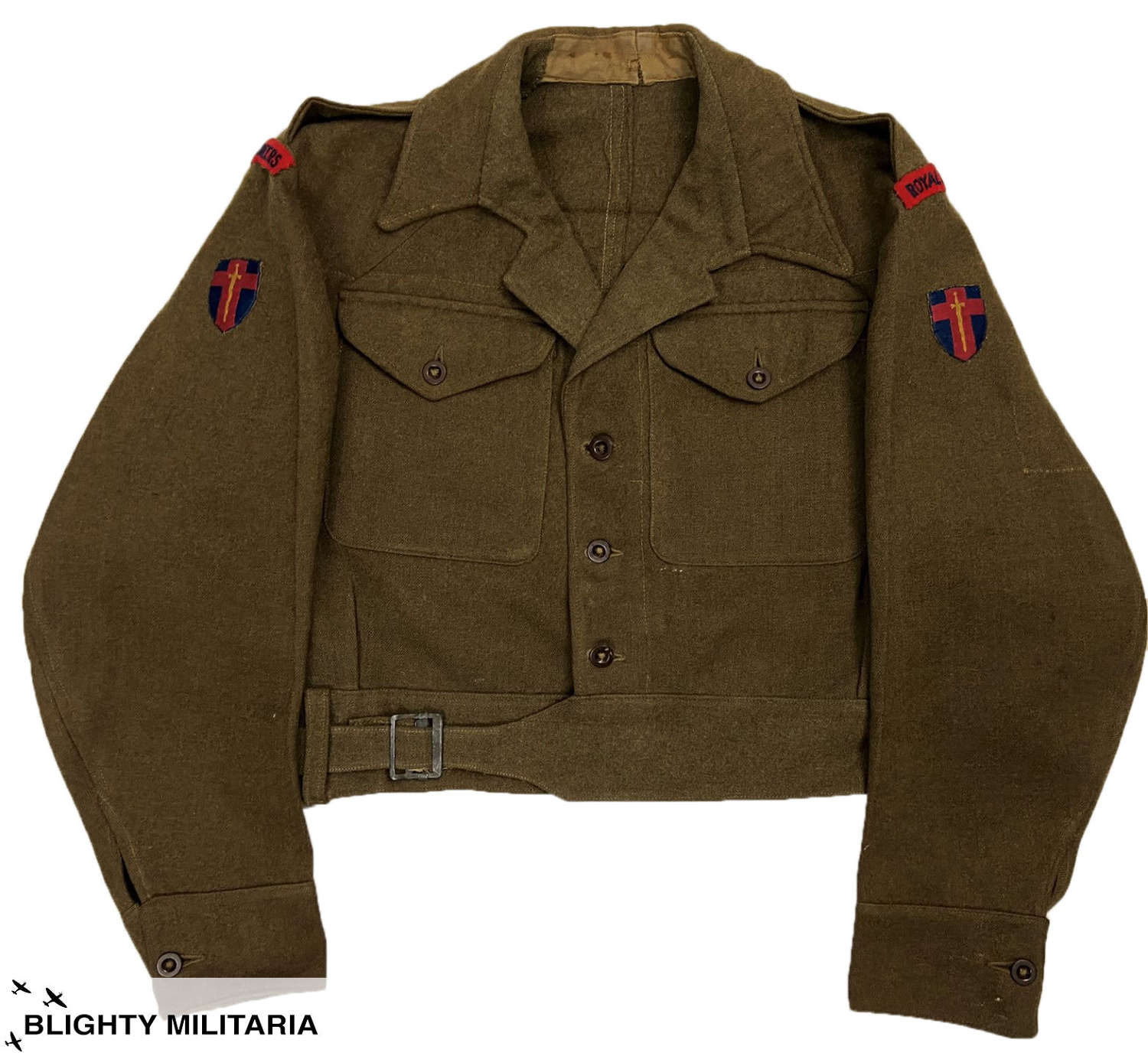 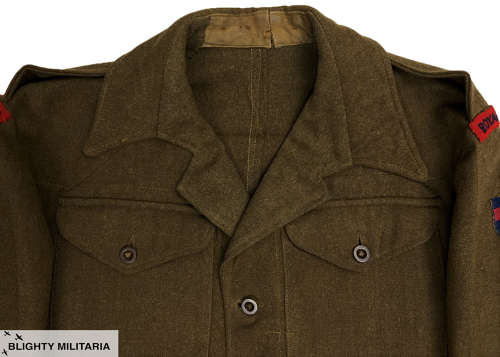 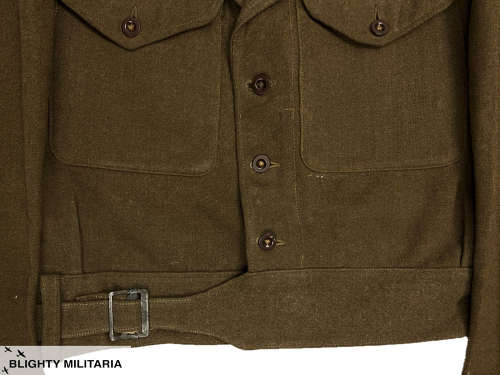 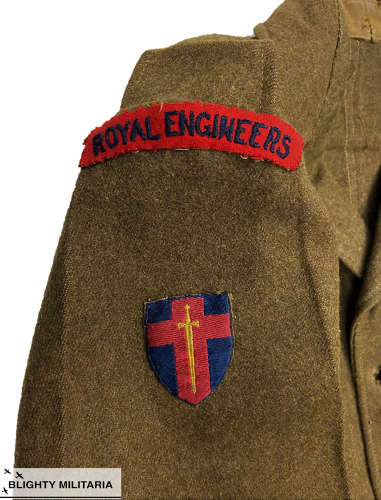 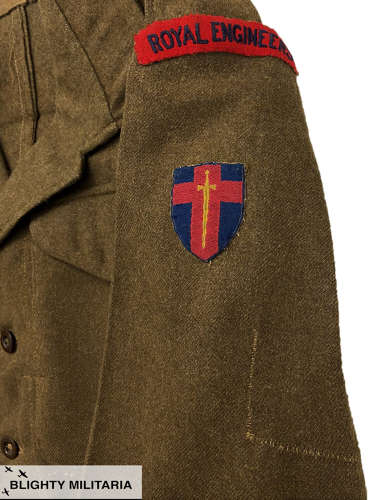 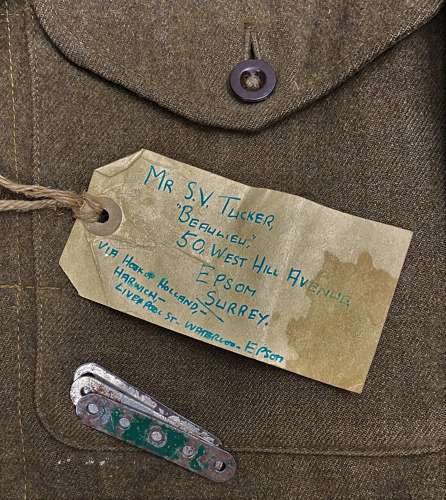 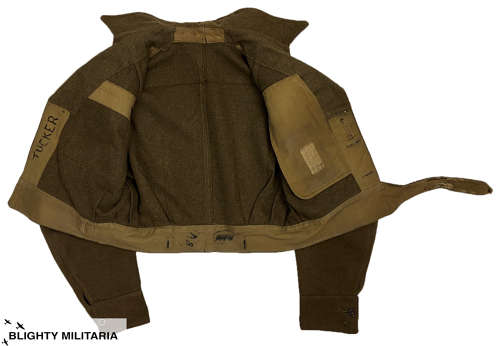 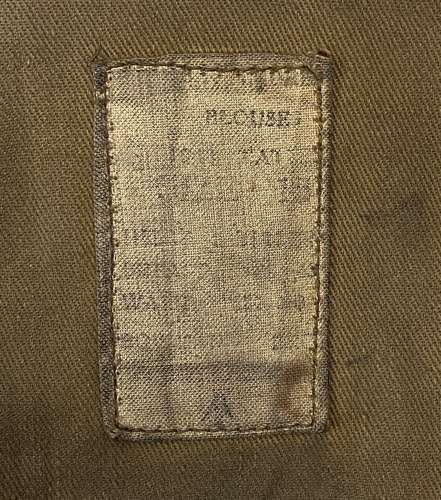 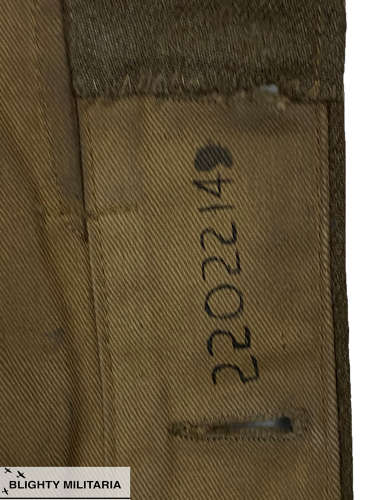 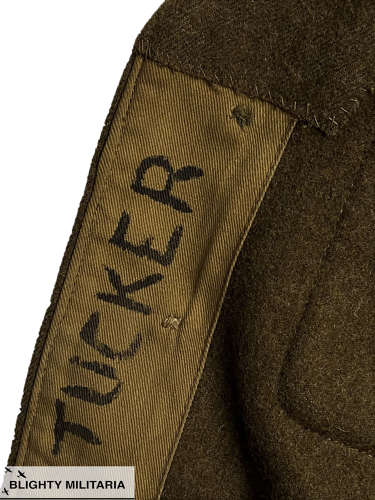 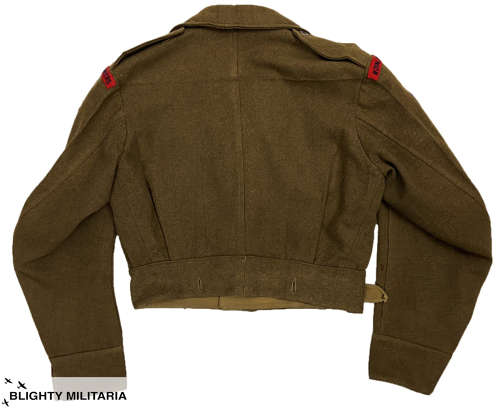 The jacket is a standard austerity pattern jacket which is quite possibly an early example as it has brown buttons - A feature often associated with 1943 made jackets. The collar has been tailored to an 'open face' style as was popular at the end of the war following the introduction of collared shirts and ties for all ranks. The waist belt buckle is a plain steel example.

The jacket is fitted with embroidered Royal Engineers shoulder titles as well as British Army of The Rhine formation flashes, all of which are clearly original to the jacket. Inside the pocket there is an original luggage label with the original owner's name and address on which may offer the opportunity for further research.

Inside the jacket the original label is still present although it is dirty, leaving it hard to read. The size appears to be 15 and the War Department arrow is also visible as is what looks to be a date of 1943. The original owner has also marked his surname and serial number to the inside of the jacket.

The jacket is in good condition overall and was clearly worn as a 'best' jacket. It is well worn but has been looked after. It has been heavily pressed for smartness which is typical of BD jackets from this period. There are signs of wear and age as well as a very neat L-shaped repair to the left sleeve which is clearly a period repair. Please study the pictures before purchasing.