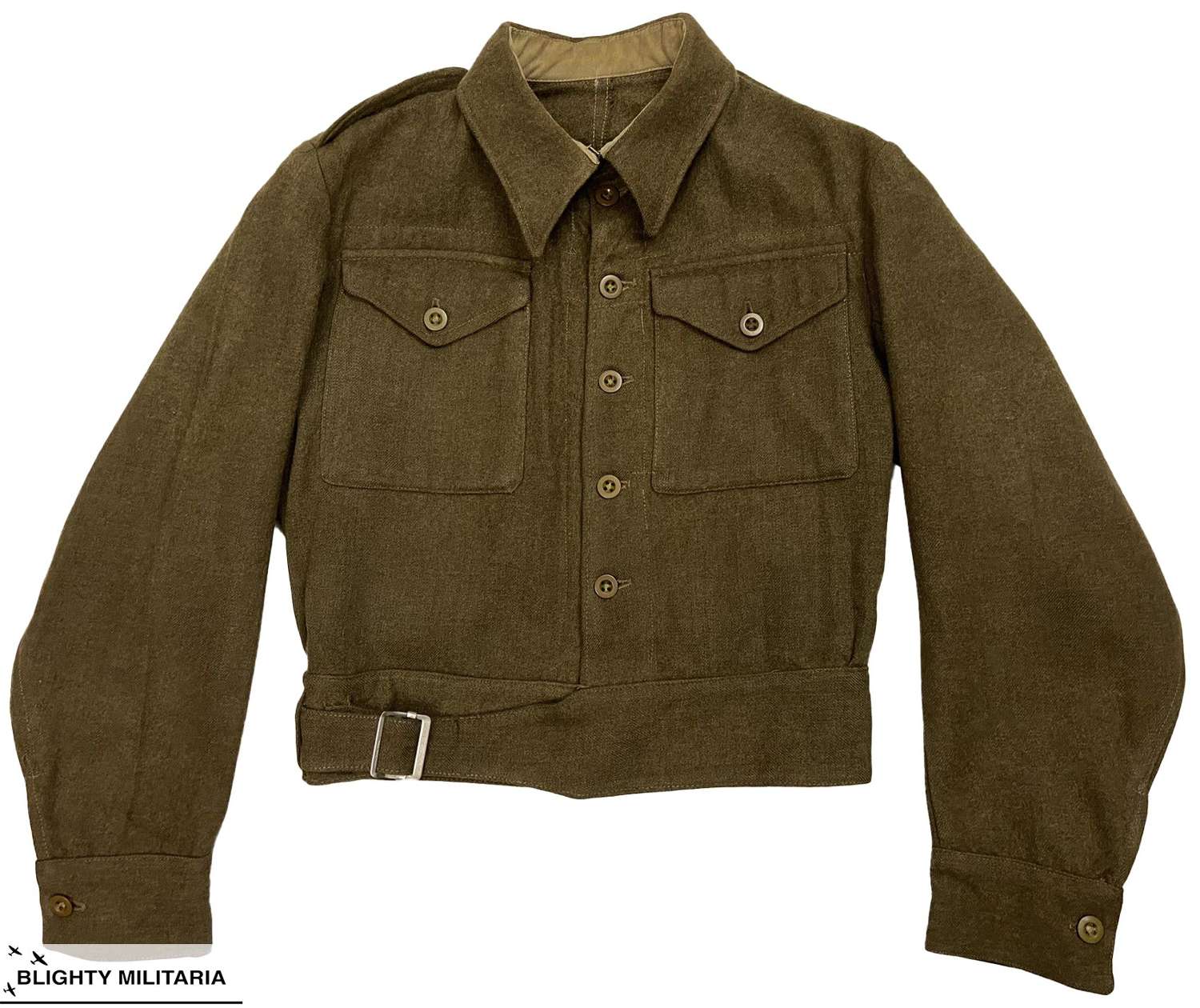 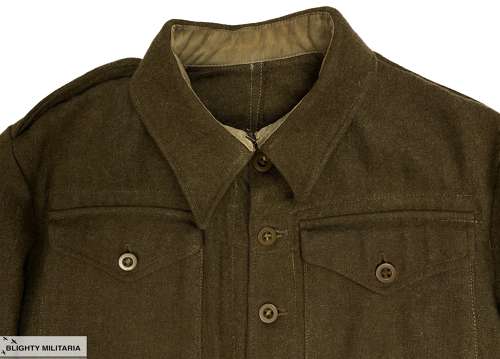 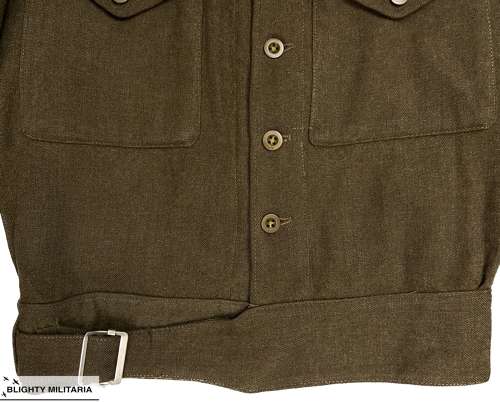 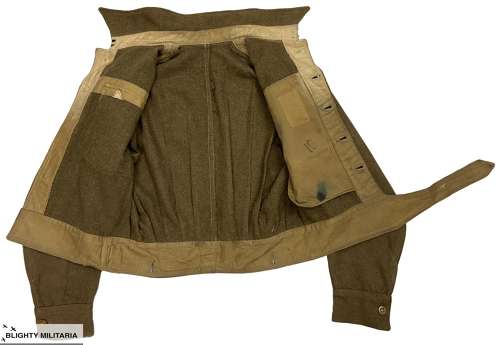 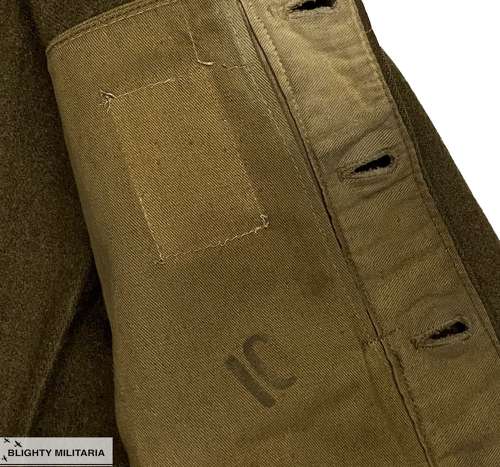 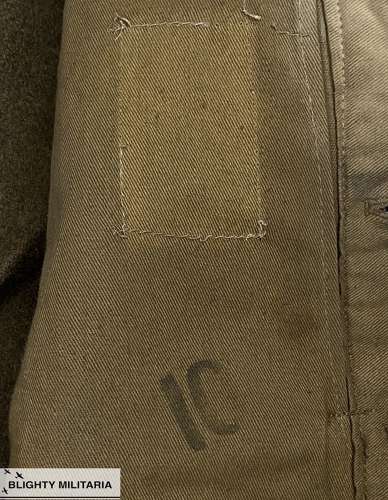 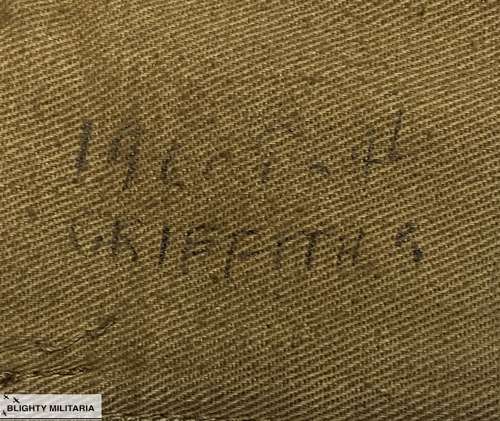 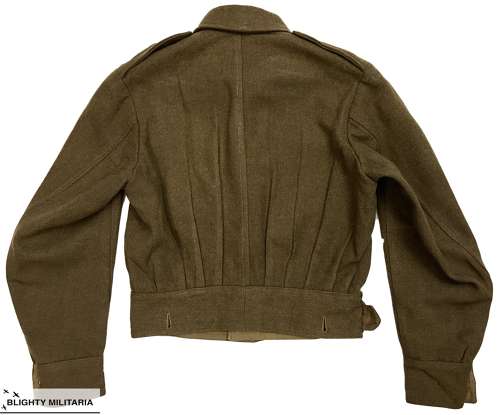 An original British Army 1940 Pattern (Austerity) Battledress Blouse dating from the Second World War and in a size No. 10.

This pattern of jacket was introduced in 1942 as an austerity pattern, replacing the earlier 1940 pattern which had a fly front and flapped pockets. This utility pattern has exposed buttons to the front and pockets which saved on time and materials. It also only has one internal pocket as opposed to the two seen on earlier battledress and is fitted with green vegetable ivory (plastic) buttons as are commonly fitted to jackets produced in 1944 and 1945.

The jacket is nicely faded around the collar where it has been worn open. This contrast can best be seen in picture 5 and would suggest the jacket was worn in the summer months in Europe or possibly overseas.

Inside the jacket the original label is no longer present although there is clear evidence of where it was fitted previously. The size of 10 is stamped however, which is designed to fit a 36" - 37" chest and a 31" - 32" waist. The original owner has marked his name which appears to be 'Griffiths' along with his service number which may offer scope for further research.

The jacket is in good condition with signs of wear and use. Overall it displays well and is still very wearable but please take time to study the pictures and bear in mind that this is a vintage pre-worn item which may have small issues commensurate with age.

A nice original wartime battledress jacket with a nice clear date and in a harder to find large size.