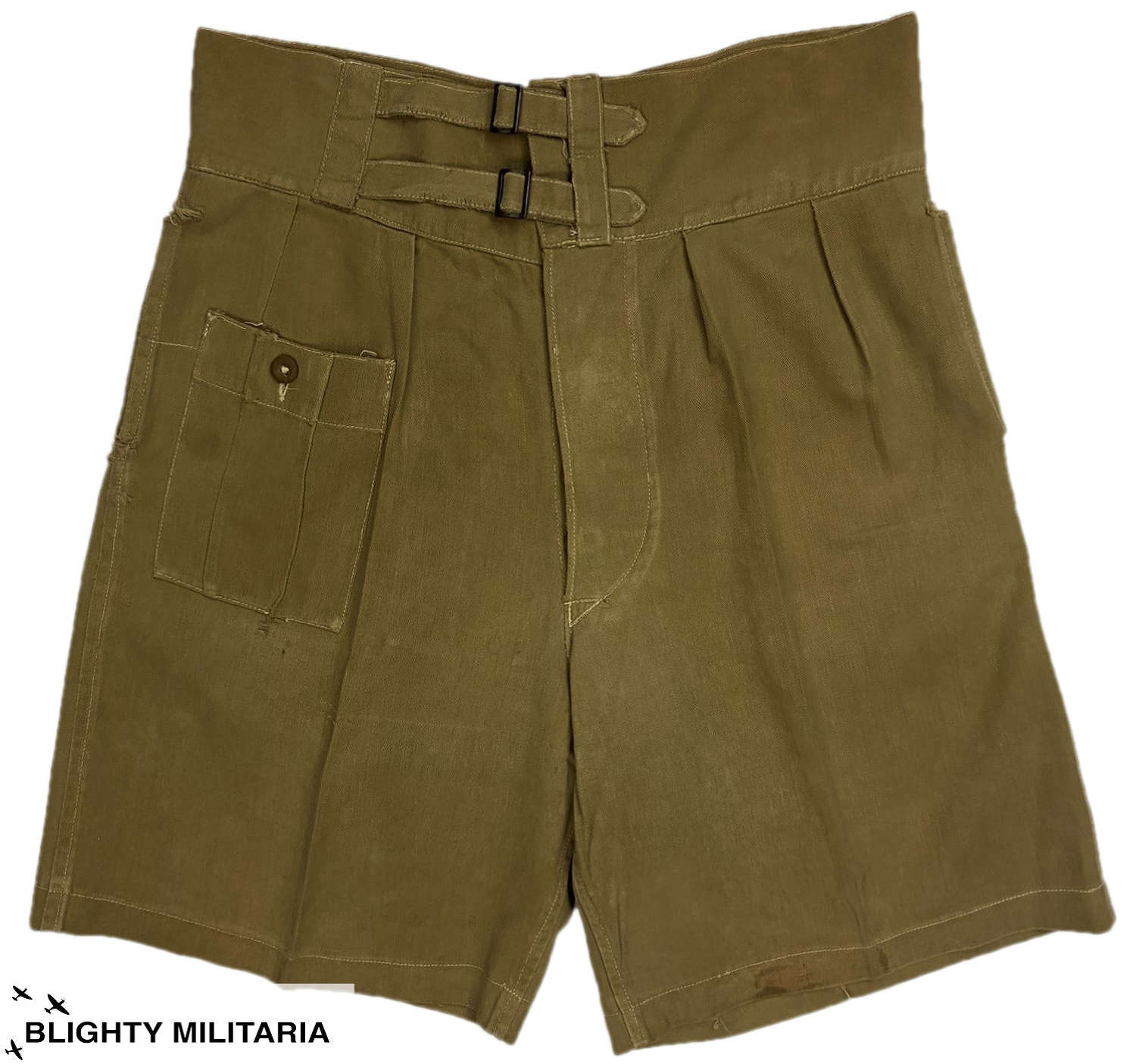 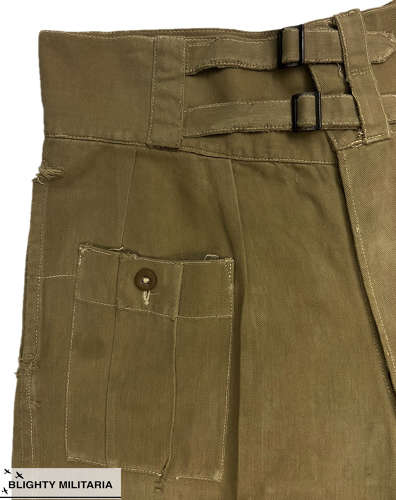 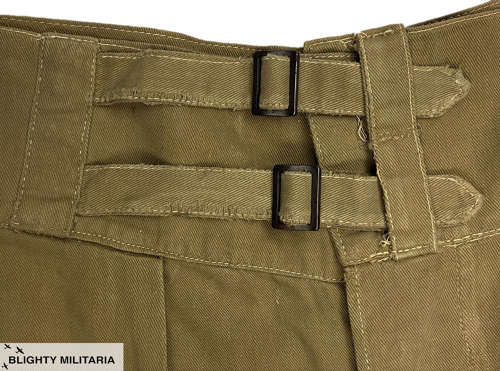 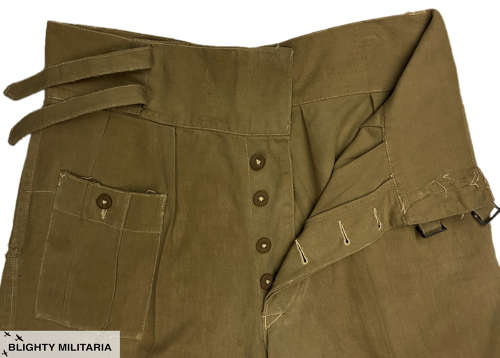 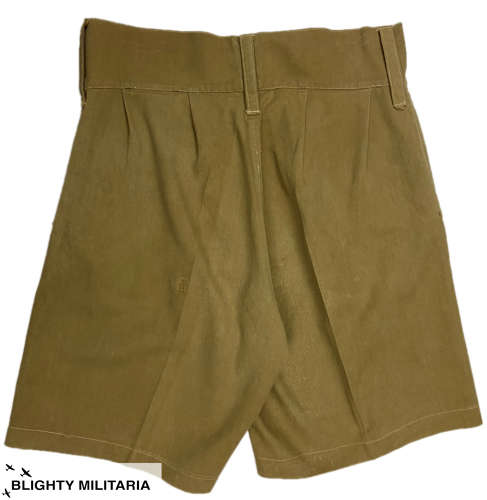 An original pair of 1941 pattern Khaki Drill shorts which belonged to Captain John Campbell Mantell M.B.E. who served with the 2nd Battalion of the Royal Warwickshire Regiment during the Second World War and in Palestine.

Unlike a lot of KD items offered onto the market today, these shorts are clearly British made and much rarer than theatre made examples. They are the standard 1941 pattern with the first field dressing pocket to the right hip, horn buttons and the double belt and buckle closure at the waist which fasten with metal buckles. This pattern of shorts saw widespread issue throughout the Second World War with the British Army, RAF and Royal Navy amongst others. They are made from a light tan coloured cotton drill which is well suited to the hot climates.

The shorts are in worn condition but still have plenty of life left in them. They feature signs of wear and use and there is a small tear to the top of the right pocket. Please study the pictures before purchasing and bear in mind that they are a vintage, pre-owned item which may have small issues commensurate with age.

A nice pair of attributed shorts with all the right details and in wearable condition. These would make a great addition to any collection.