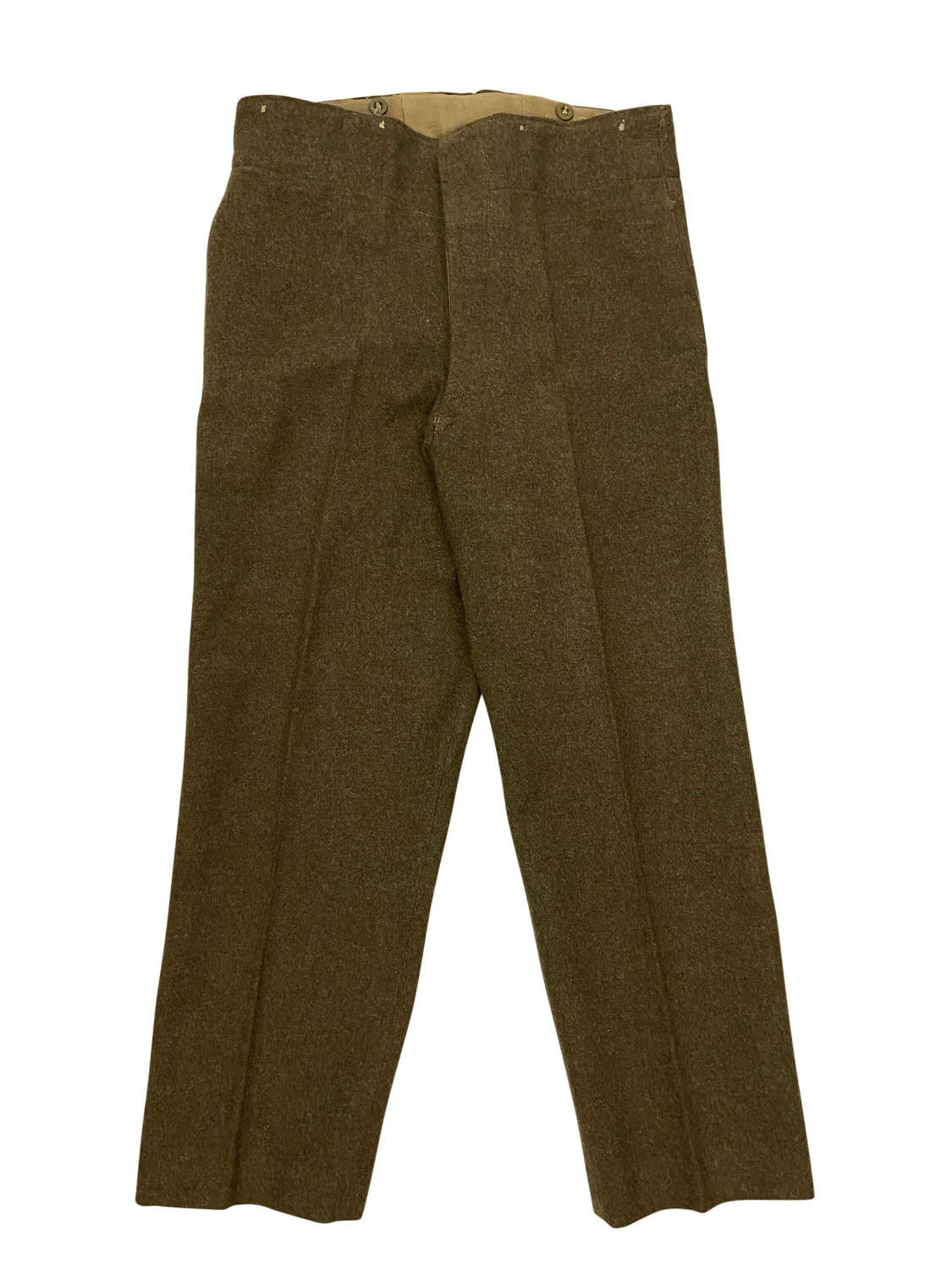 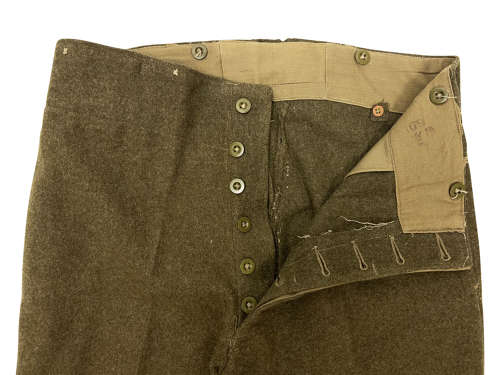 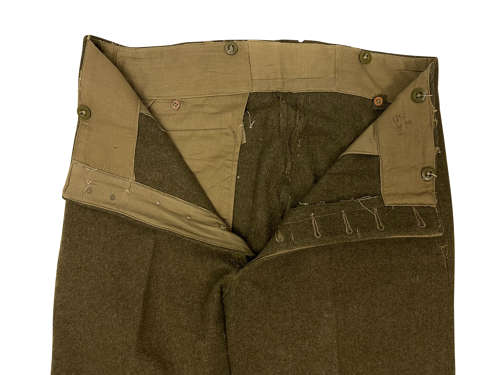 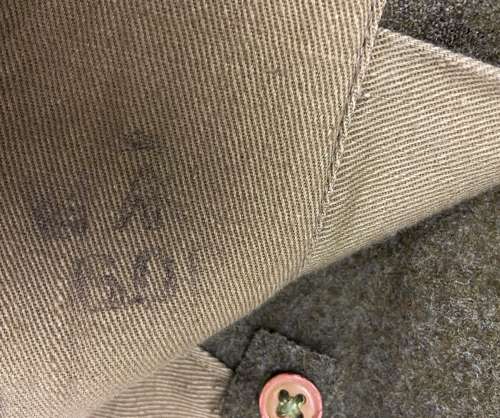 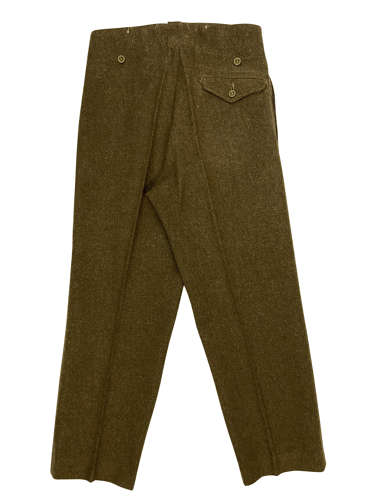 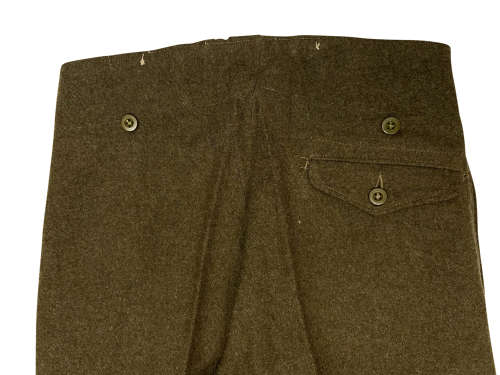 An original pair of 1945 dated 1940 Pattern (Austerity) Battledress Trousers which have had the front pockets removed for 'walking out' purposes.

Made from the standard khaki green serge wool and featuring a cotton drill waistband, the trousers still retain all of their original green plastic buttons. The rear pocket also features a green button with two more to the rear which are used to attach the trousers to the jacket.

Inside the waistband is a War Department acceptance stamp which is somewhat faded. The letter 'Z' can be made out however which denotes 1945 as the year of issue.

The trousers are a hard to find larger size with the waist measuring 18 1/2" when laid flat and the inside leg measuring 30 1/2". There is also an extra 2" to let down in the leg although this would not allow for a hem.

The trousers are in good condition for their age. The 'nap' of the serge is still good and not heavily worn down and there are no obvious signs of damage or undue wear. The waistband has been professionally altered as can be seen in the picture showing the interior. Overall they display nicely but please study the pictures for the best idea of condition.