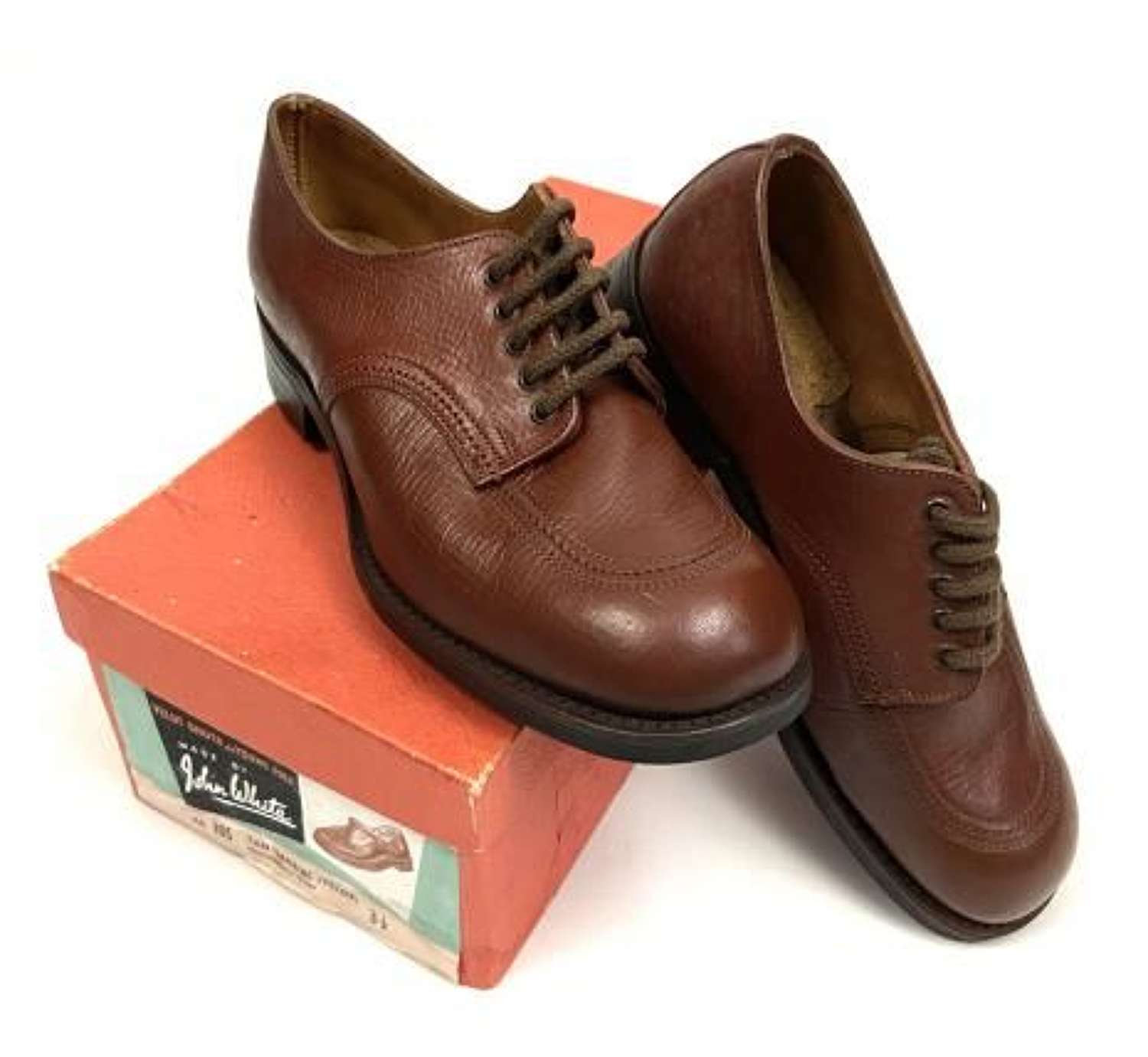 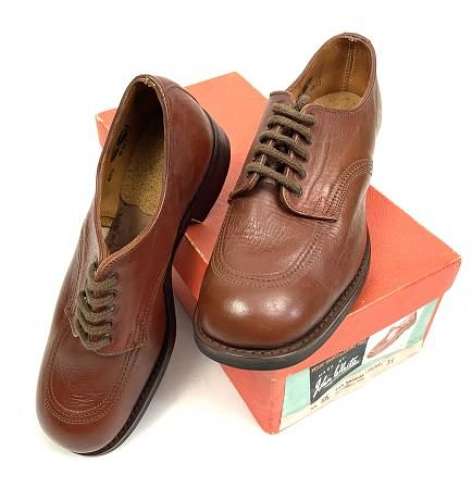 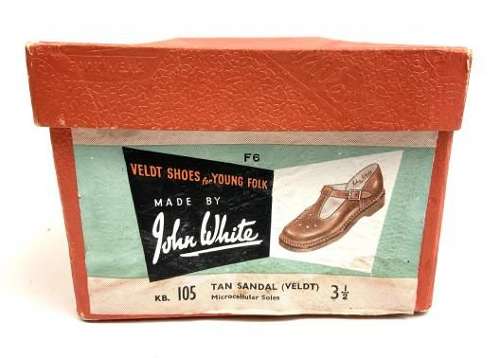 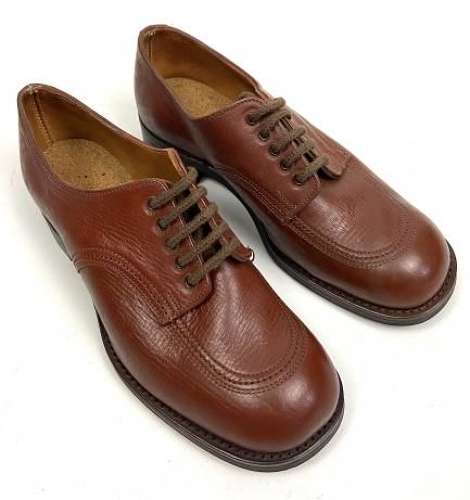 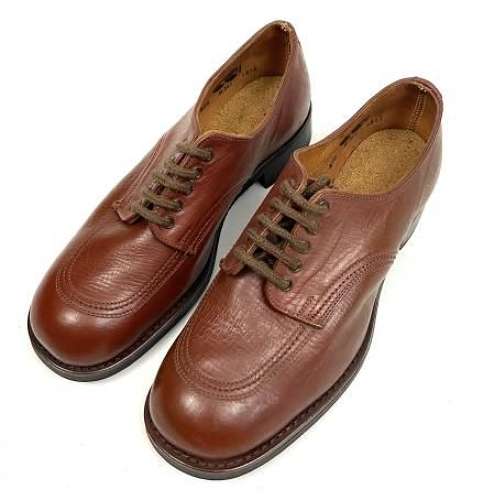 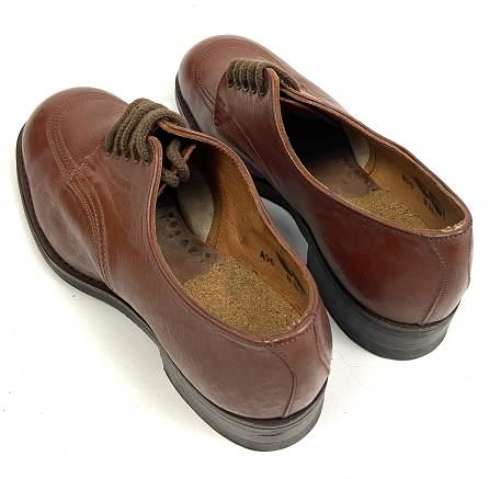 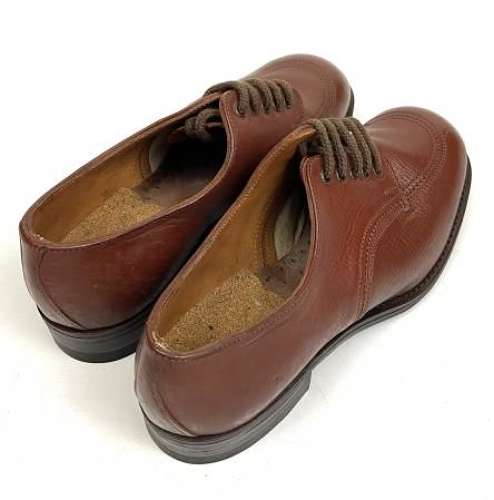 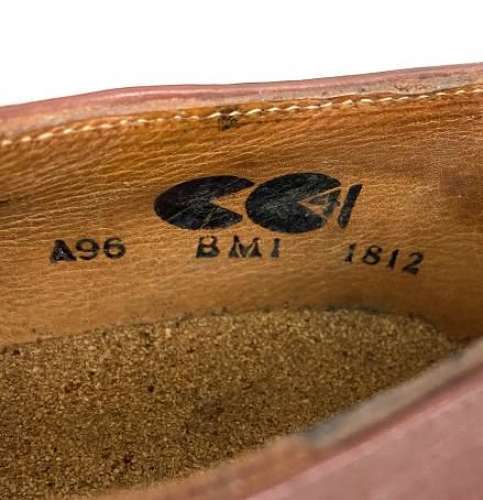 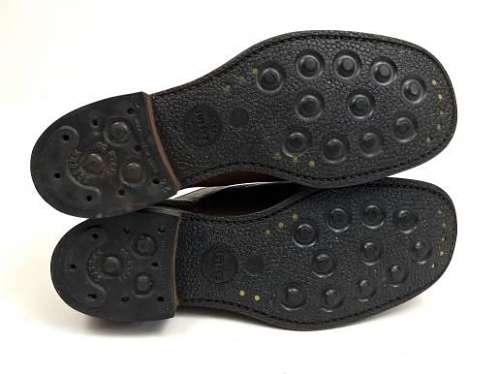 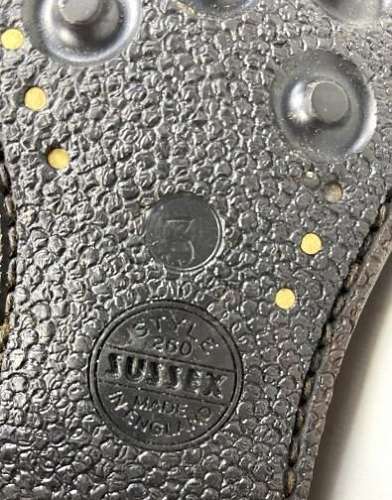 SOLD
An original pair of CC41 marked women's shoes in new old stock condition and in a size 3.

This style of shoes was used by Officers of the ATS throughout the Second World War. With their uniform being private purchase like the men of the British Army, it isn't surprising to the CC41 utility stamp inside the shoes and is in fact a nice period detail and makes them more of a collectors piece.

The shoes are in 'new old stock' and have clearly never been worn. They came in an original period box wrapped up, although the box appears to be for a different style of shoes! They have clearly been stored in this box for a very long time and I see no reason not to keep them together for many more years to come.

The shoes feature a leather upper and apron front toe as well as a small heel, as was the designated pattern worn by ATS Officers. They feature five eyelets and a set of what appear to be the original laces. The soles are microcellular welted soles, often referred to as 'veldt' soles and were a popular choice during the 1940s due to their comfortable yet hard wearing nature. The soles are marked 'Sussex Style 260 Made in England' and feature a separate size stamp which reads '3'. The heel also features stamps and bares the same makers name of 'Sussex'.

The interior of the shoes features the CC41 logo as well as other details relating to the style of the shoe. These are all still bright and legible due to having never being worn.

The shoes are in fantastic condition as can be seen in the pictures with no signs of every being worn or used.

Altogether, these are a stunning pair of shoes which would make a great addition to any collection without a doubt.