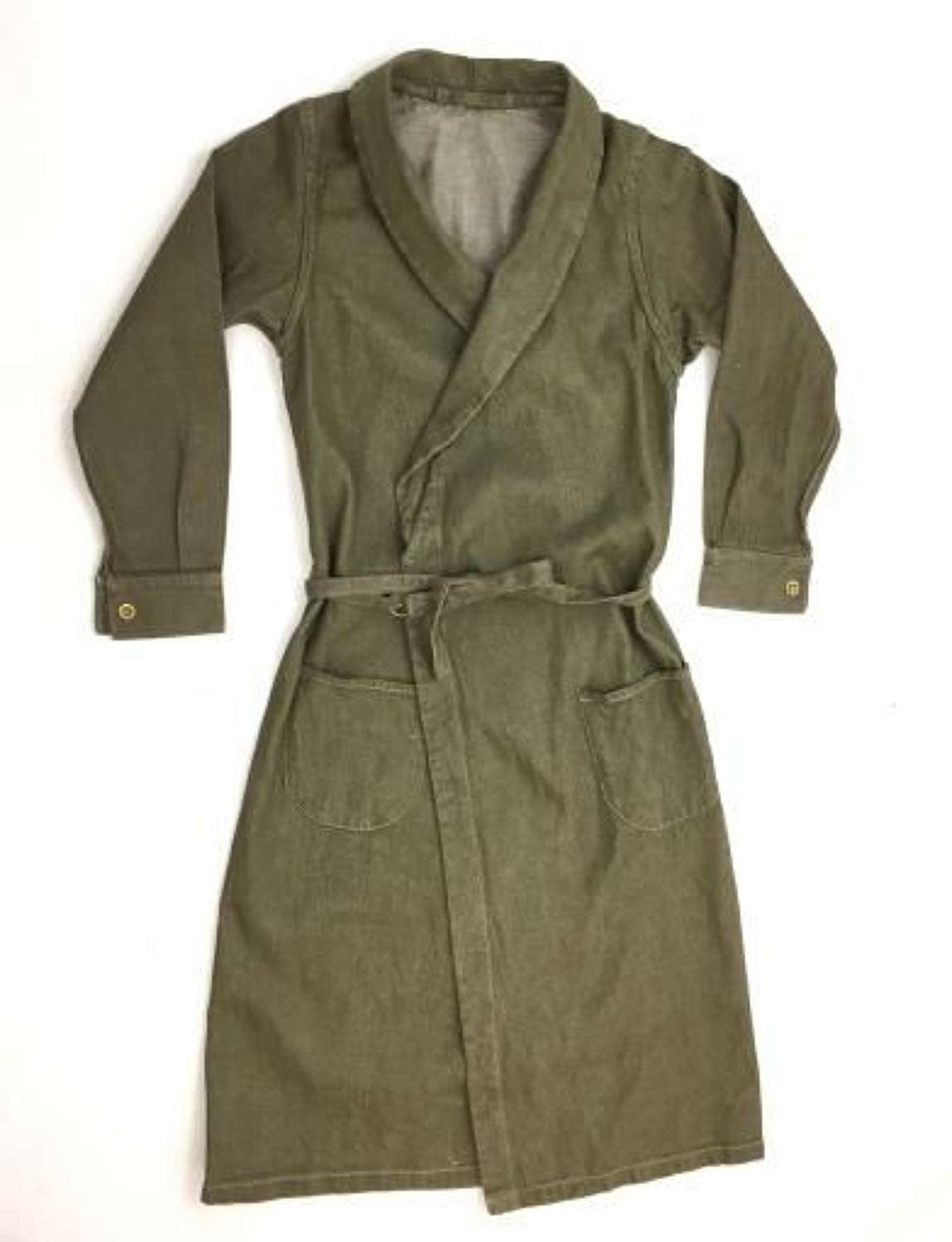 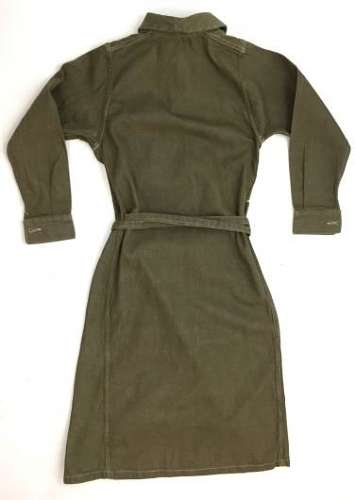 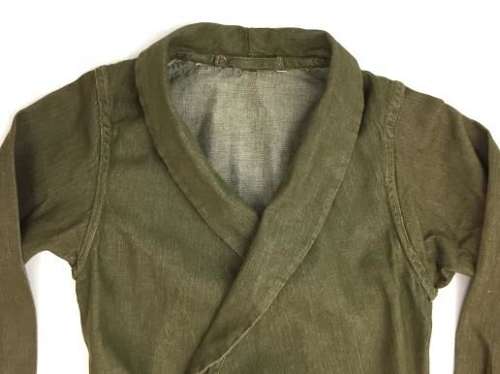 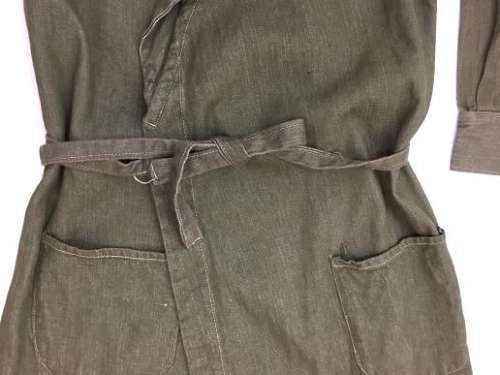 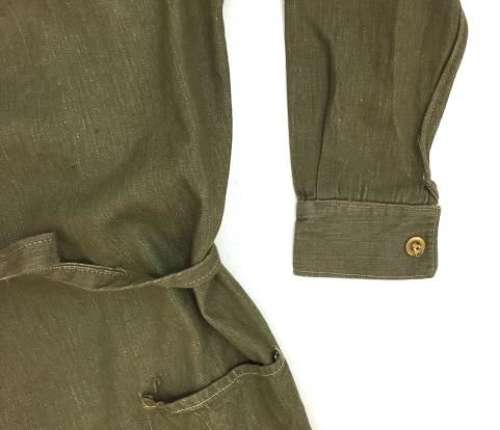 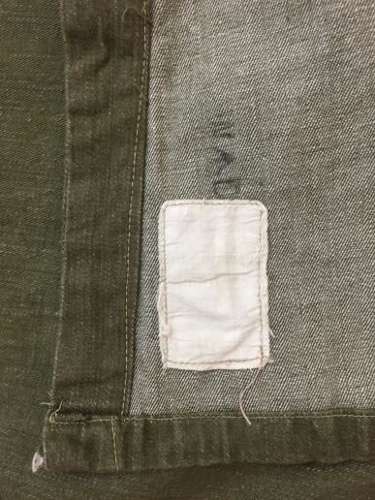 This pattern made from denim was seen in the mid-war period. It features brass buttons and the original label which is sadly washed out. As well as this it features the War Department broad arrow stamp. This is usually surmounted by a letter which denotes the year of manufacture although this example does not. This is often found in early war items and another good indicator to its early war origins.

When laid flat the overall measures at

The coverall is in good condition as can be seen in the pictures and it displays well. It is 75+ years old however so may have wear or age consummate with this. It comes with its original waist belt.