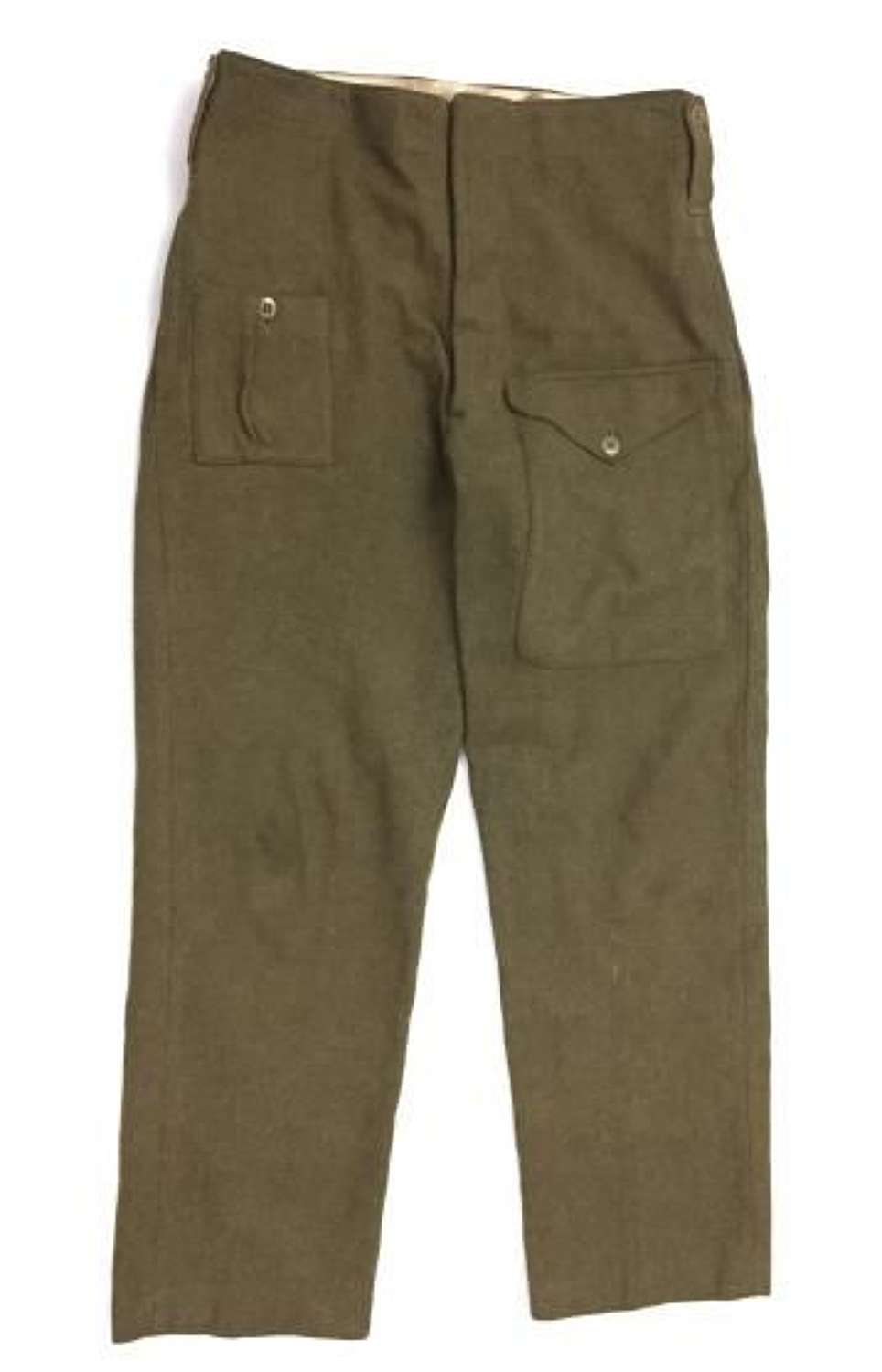 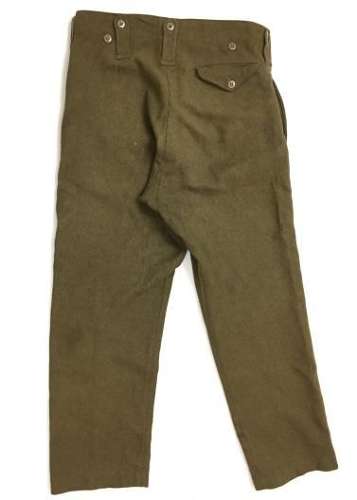 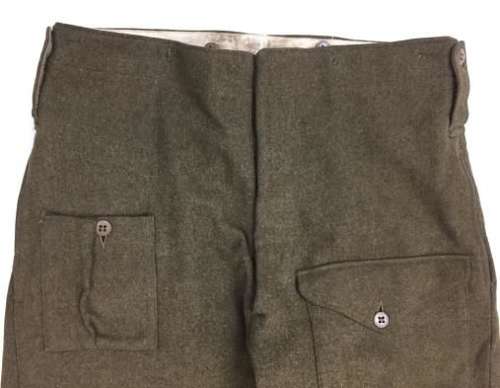 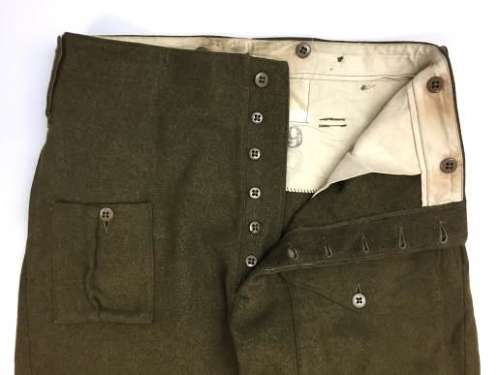 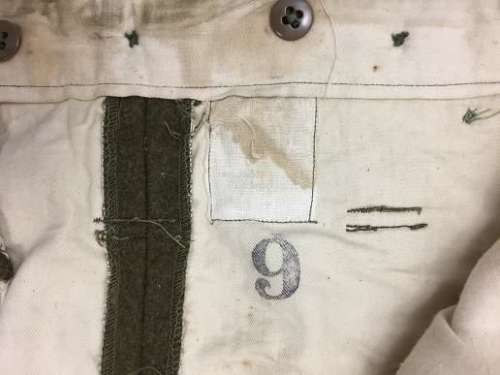 SOLD
An original pair of ‘War Aid’ British Army Battledress Trousers made in the United States as part of the lend-lease agreement during he Second World War.

The lend-lease policy which America undertook with allied countries from 1941 onwards led to this pattern of Battledress being made in the United States for British Soldiers. Most examples ended up in the Italian campaign but some made it back to England. Whilst the jackets come onto the market from time to time, trousers are much less common.

This particular pair of trousers bare all the usual features of the War Aid pattern. The serge has its only particular hue of green, the buttons are American style and the interior is lined with white cotton. They feature exposed buttons on the map pocket and rear pocket as well as the single pleat first field dressing pocket. This assortment of details was only used together on the War Aid pattern making them an interesting piece to own.

Inside the trousers still retain their original label although it is sadly quite washed out. No real details can be read but this pattern was only produced during the war so manufacture can be dated to between 1943 and 1945.

The trousers are a generous size measuring

The overall condition of the trousers is good as can be seen in the pictures. They have been worn and washed but there are no signs of any serious damage and they display well.

Altogether a nice original pair of hard to find wartime trousers in a good wearable size.