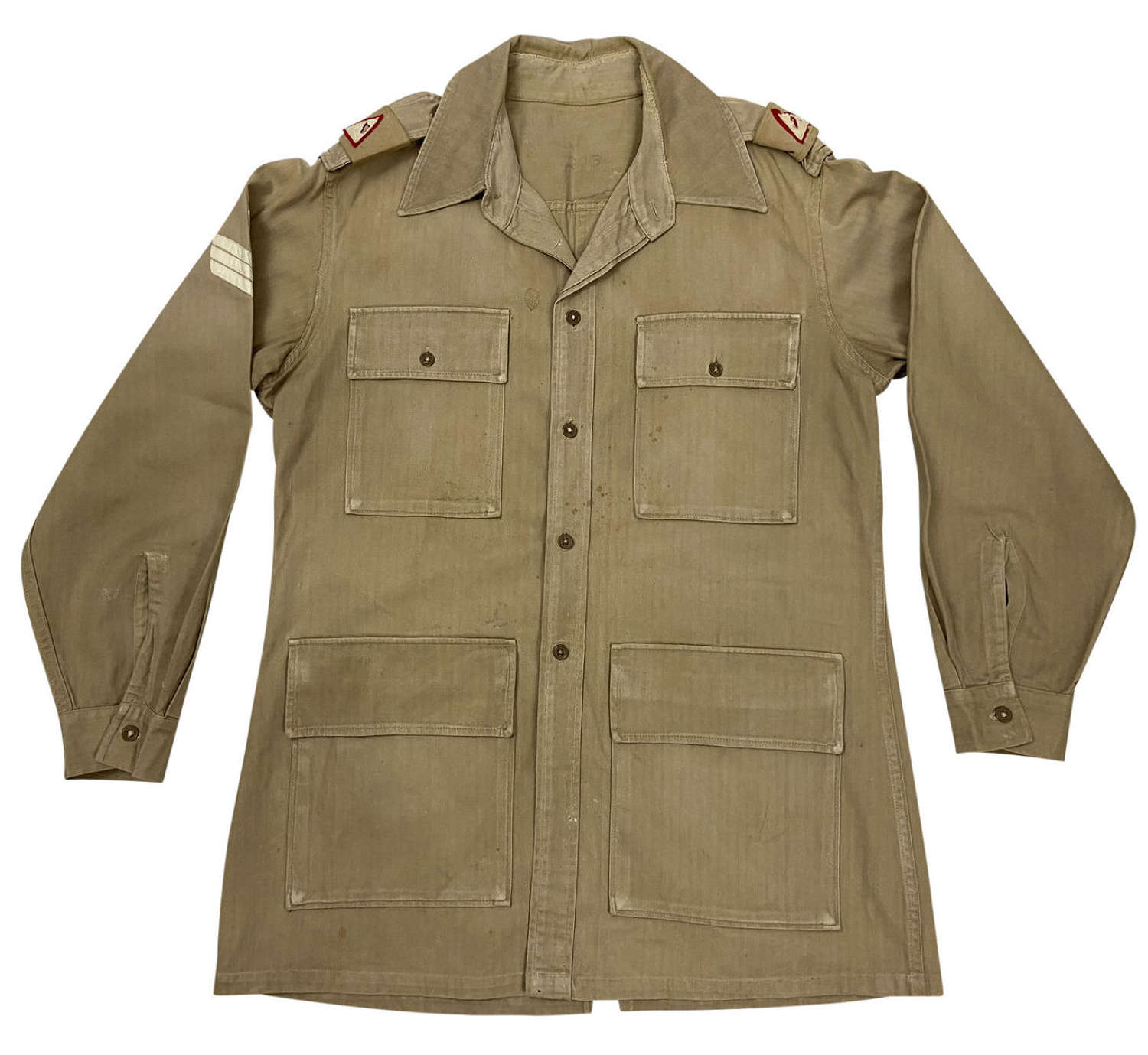 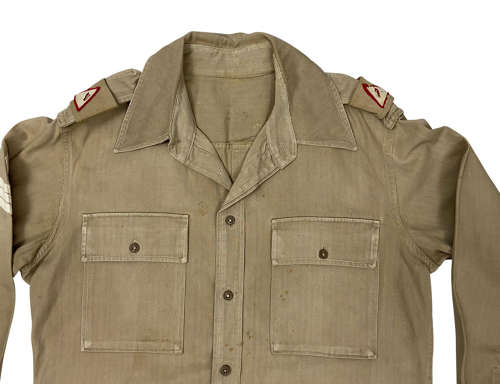 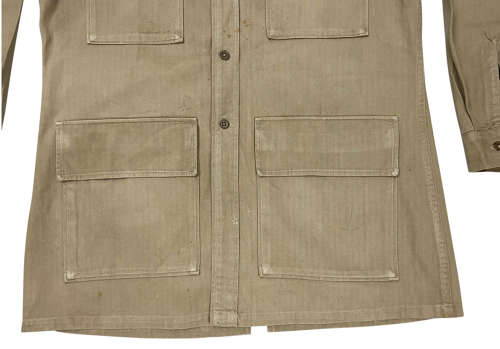 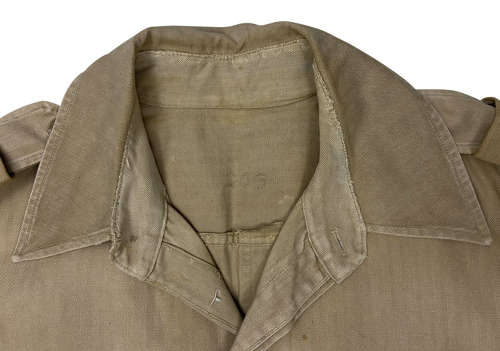 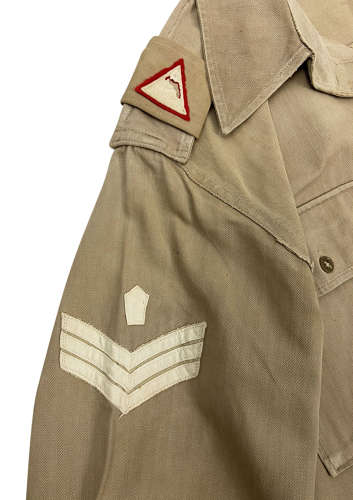 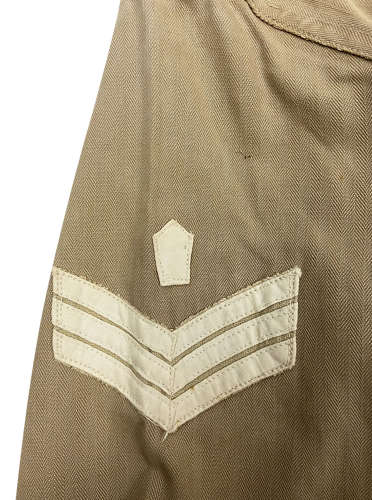 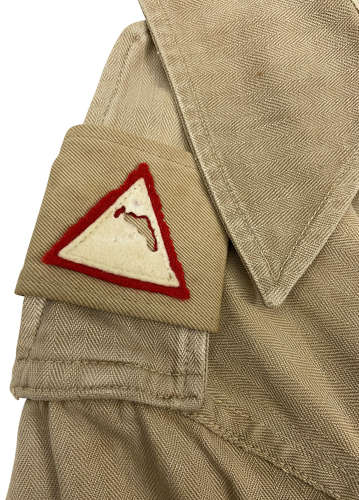 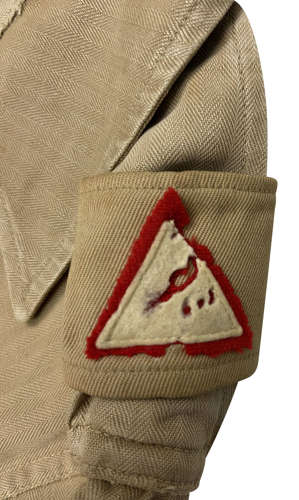 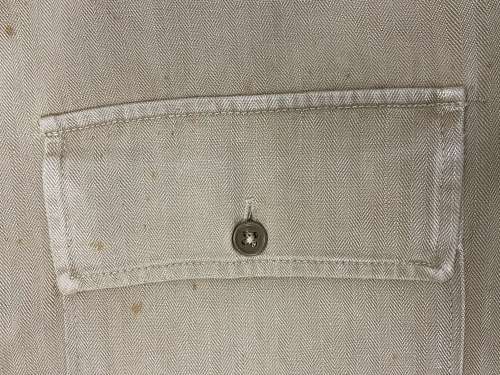 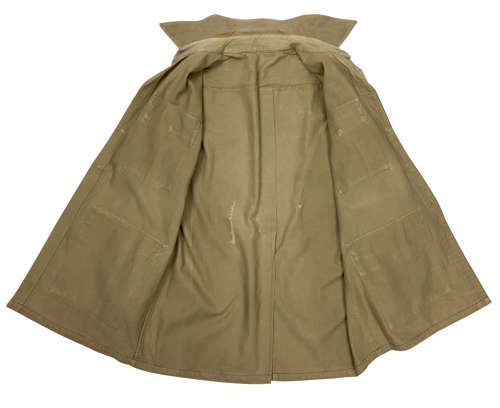 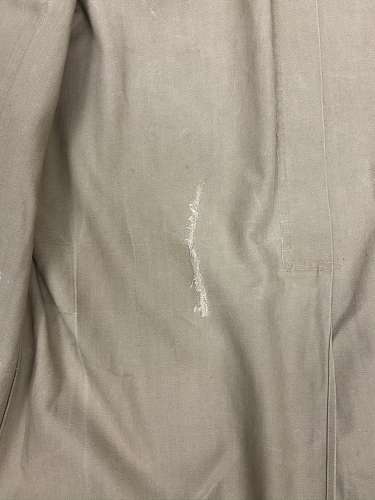 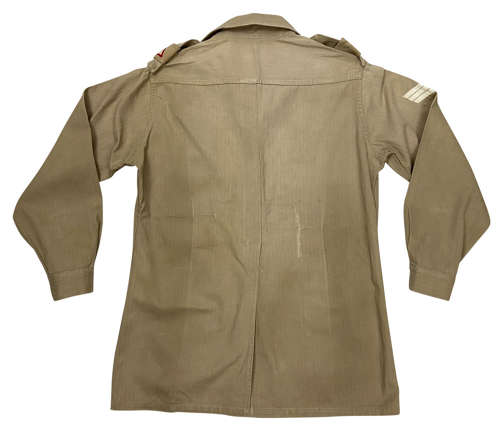 This jacket was made in the United States of America as part of the lend-lease scheme and is often referred to as 'War Aid'. It is made from a tan khaki coloured herringbone twill material as was popular in America for military and workwear items during this period. The design follows that of other British issue bush jackets of the period featuring long sleeves, a full button front and upper and lower patch pockets.

War Aid items were typically issued to men serving in Italy due to supply routes which ties in nicely with the 1st Infantry division insignia, as they fought there from 1943 until January 1945. This also fits in with the timeframe that this pattern of jacket was being issued.

The 1st Infantry Division insignia is made of buckskin and has been attached to a 'slip-on' made from khaki drill. This was done so they could easily be removed in combat or for laundering purposes. The right sleeve bears staff sergeant insignia which is made from white cloth tape, as was commonly used on shirts such as this. The slip-ons have suffered some damage as can be seen in the pictures but all the insignia looks to be original to the jacket.

The jacket is a reasonable size which will fit around a 40" chest depending on desired fit. When laid flat it measures -

The jacket is in good condition with various signs of age and servicewear. There is a period repair to the rear as shown in the pictures and some staining etc. It displays well but please study the pictures to access the condition for yourself.

All in all a nice original jacket with great original insignia and an authentic, 'been there' look to it. This would make a great addition to any British Army collection!