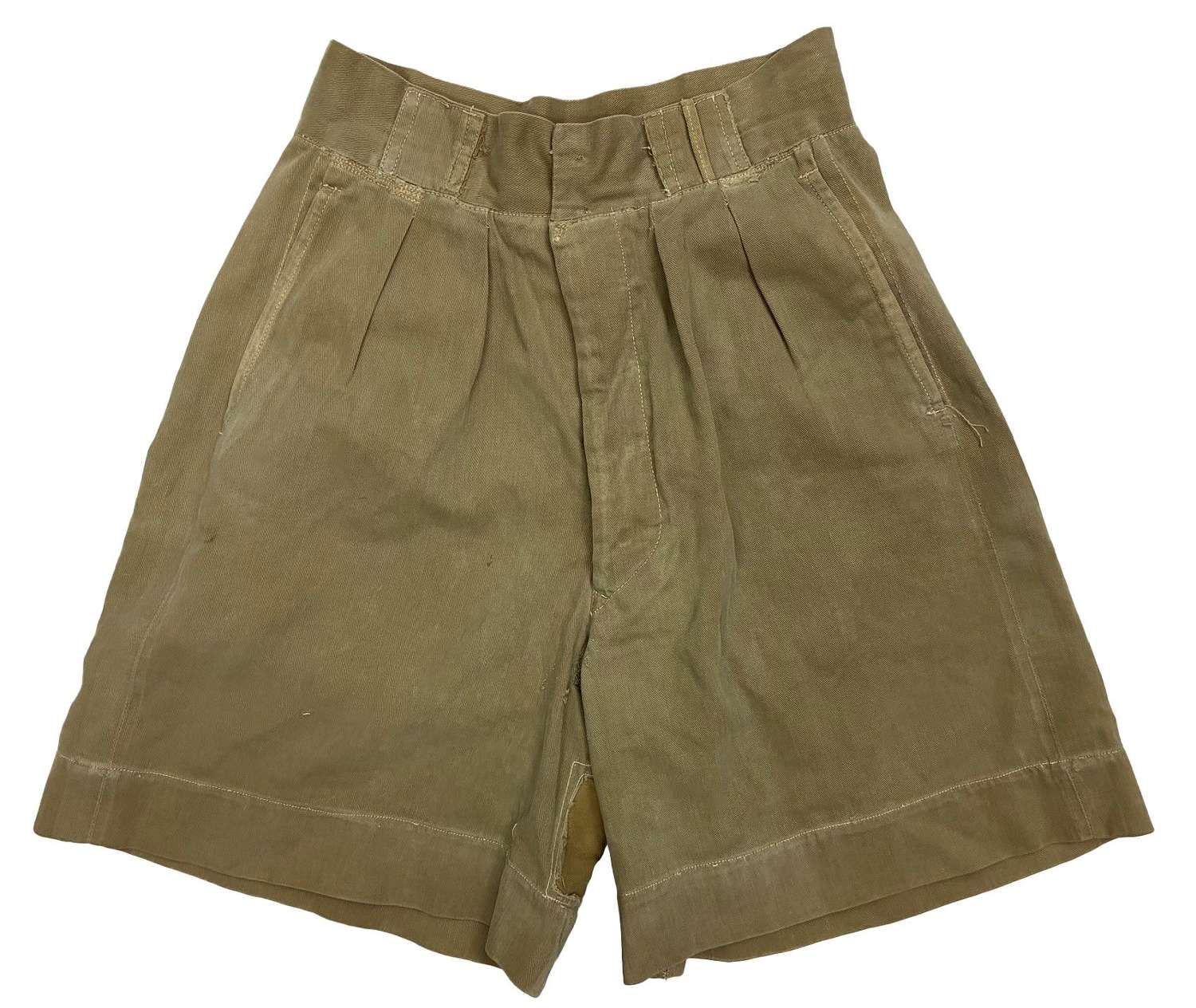 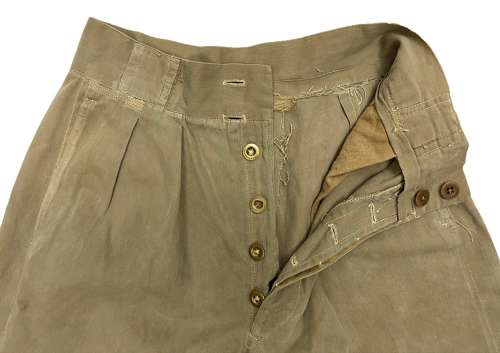 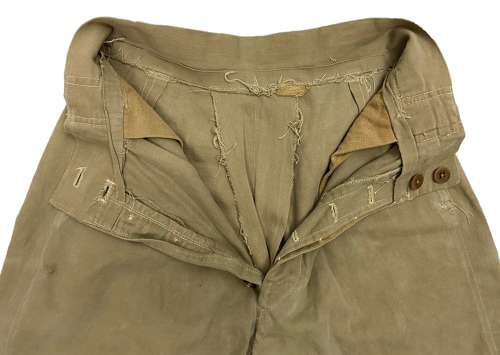 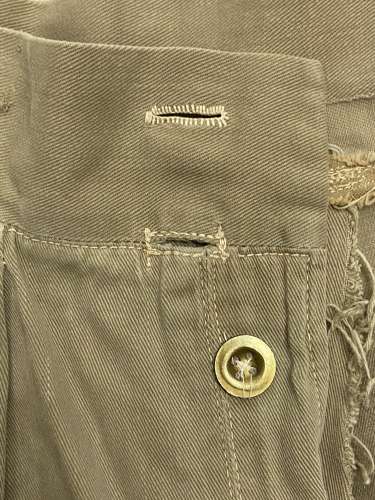 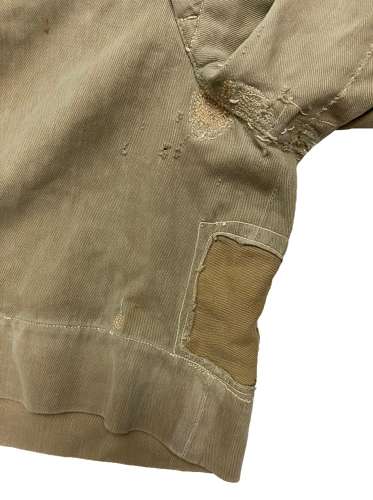 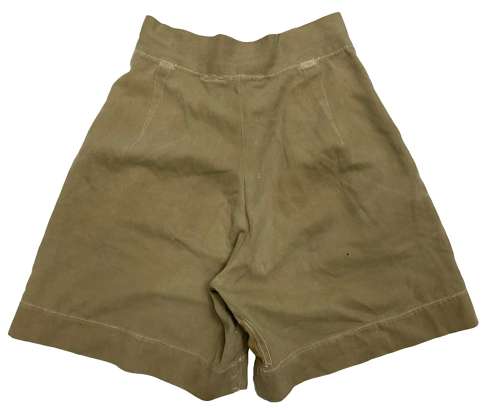 An original pair of Indian made 1941 Pattern Khaki Drill Shorts Dating from the Second World War.

This particular pair of shorts are typical of wartime Indian made shorts. Made from a khaki coloured cotton drill they feature stamp brass buttons to the fly and horn examples to the waist. Slash pockets are situated on each hip and the front displays a double pleat design.

The shorts have been converted by having the two front straps and corresponding buckles removed. This appears to be a period conversion and has been very neatly done. Two extra buttons and hand stitched buttonholes have been fitted to fasten the top of the shorts.

There are no markings inside the shorts although this is quite a common trait of theatre made items. Whilst there is no date this pattern was introduced early in the war and superseed at the end of the conflict so they date from that period.

The shorts are in well worn condition with plenty of signs of wear, particularly to the crotch where there are some period repairs. Please study the pictures and bear in mind that these are a pair of pre-worn vintage shorts which are over 75 years old.

Whilst not the best condition ever, these shorts have plenty of character and the issues have been reflected in the price.