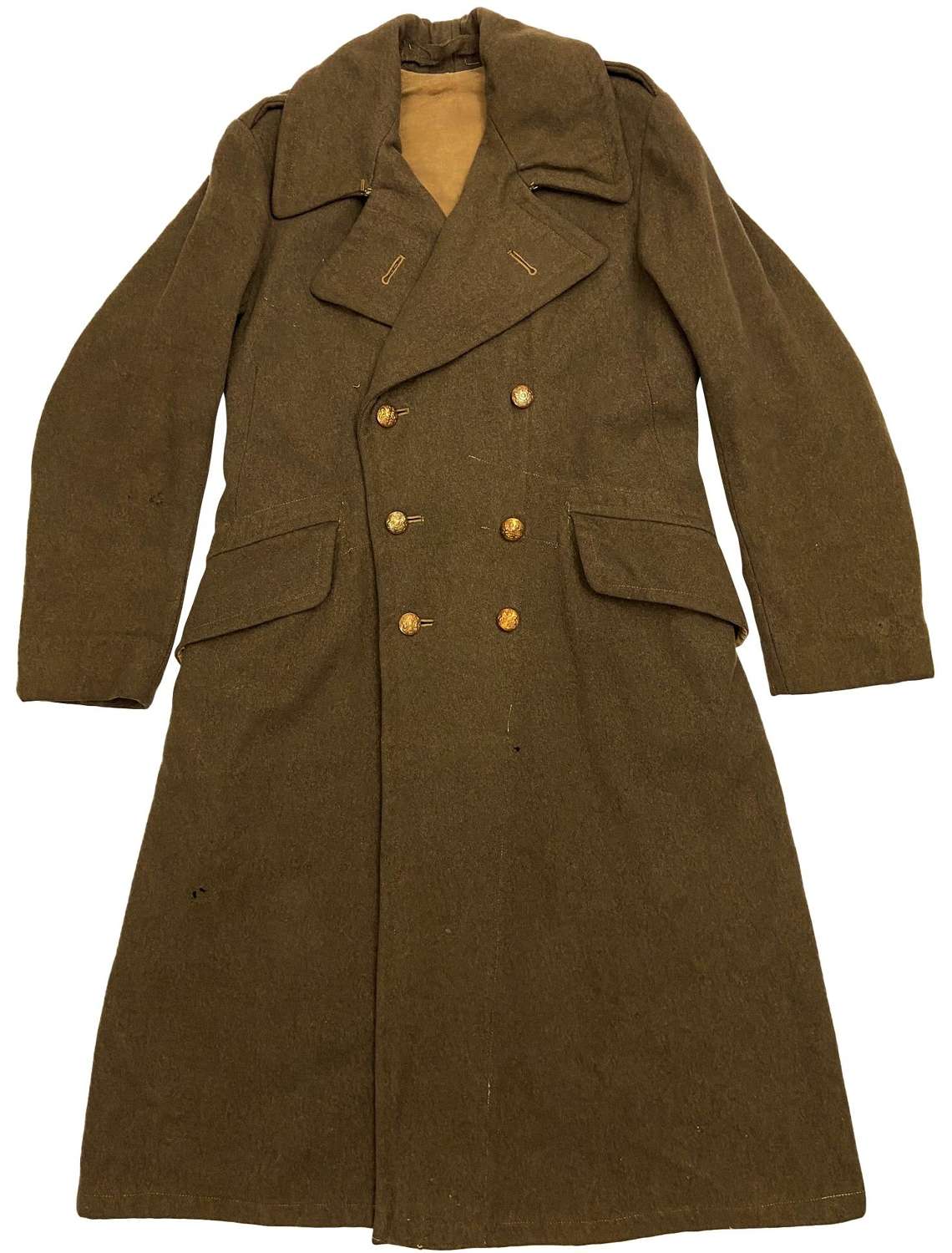 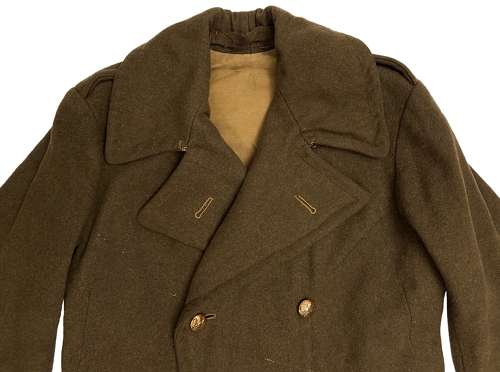 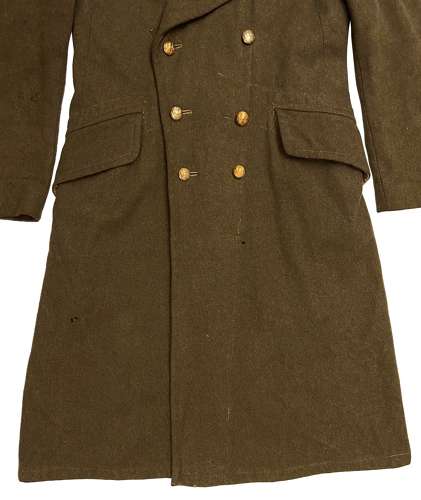 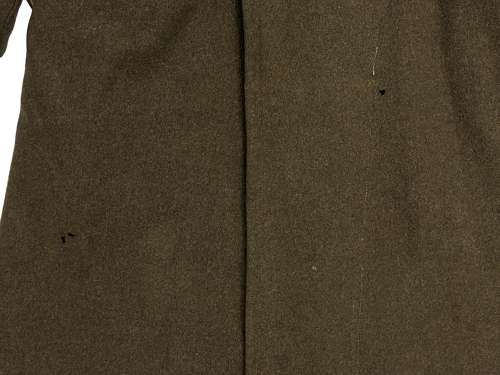 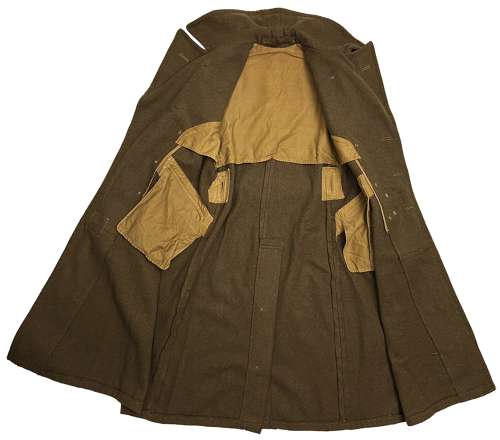 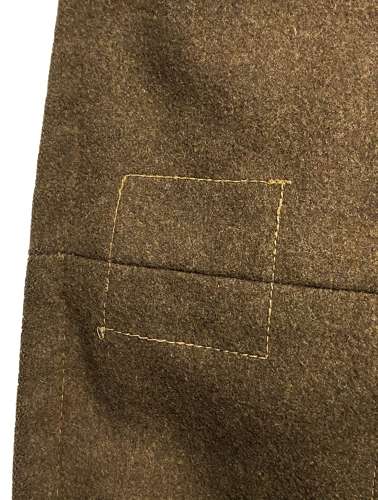 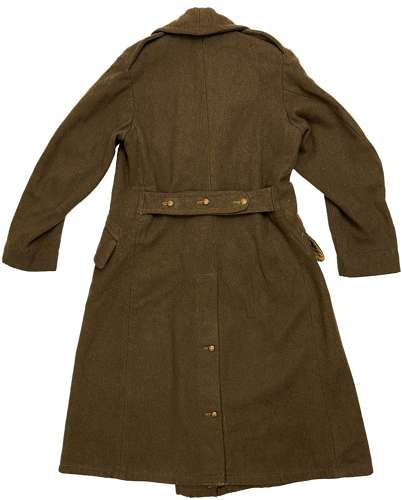 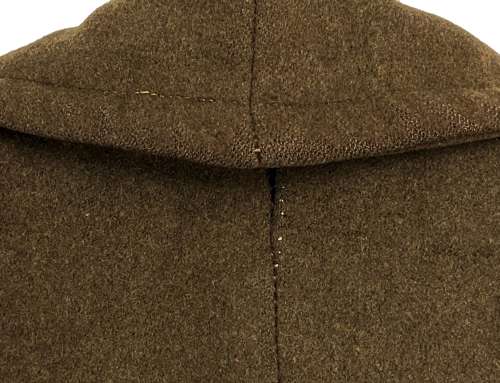 A rare example of the British army 1939 (Dismounted) Pattern Greatcoat as worn in the early years of the war.

This pattern was introduced in time to be widely issued to the BEF in France and later troops and Home Guard units, but was superseded by the 1940 pattern (dismounted) greatcoat making them now rather scarce.

The greatcoat sadly does not retain its original label but is clearly a 1939 pattern. The tell-tale sign of a 1939 pattern greatcoat is the straight rear seam - the 1940 pattern has and inverted box pleat in place of this. There is clear evidence of where the original label was previously affixed as is shown in the pictures.

All the original buttons are present as well as the hook and eyes at the collar and the bottom of the rear vent.

This greatcoat is in reasonable original condition for its age but does have some marks, there is a small loss of stitching to the rear below the collar as well as a few holes. These have been detailed in the pictures and whilst this is a far from perfect example, it is stil wearable and displays well.

A rare example of an early war greatcoat in wearable condition.