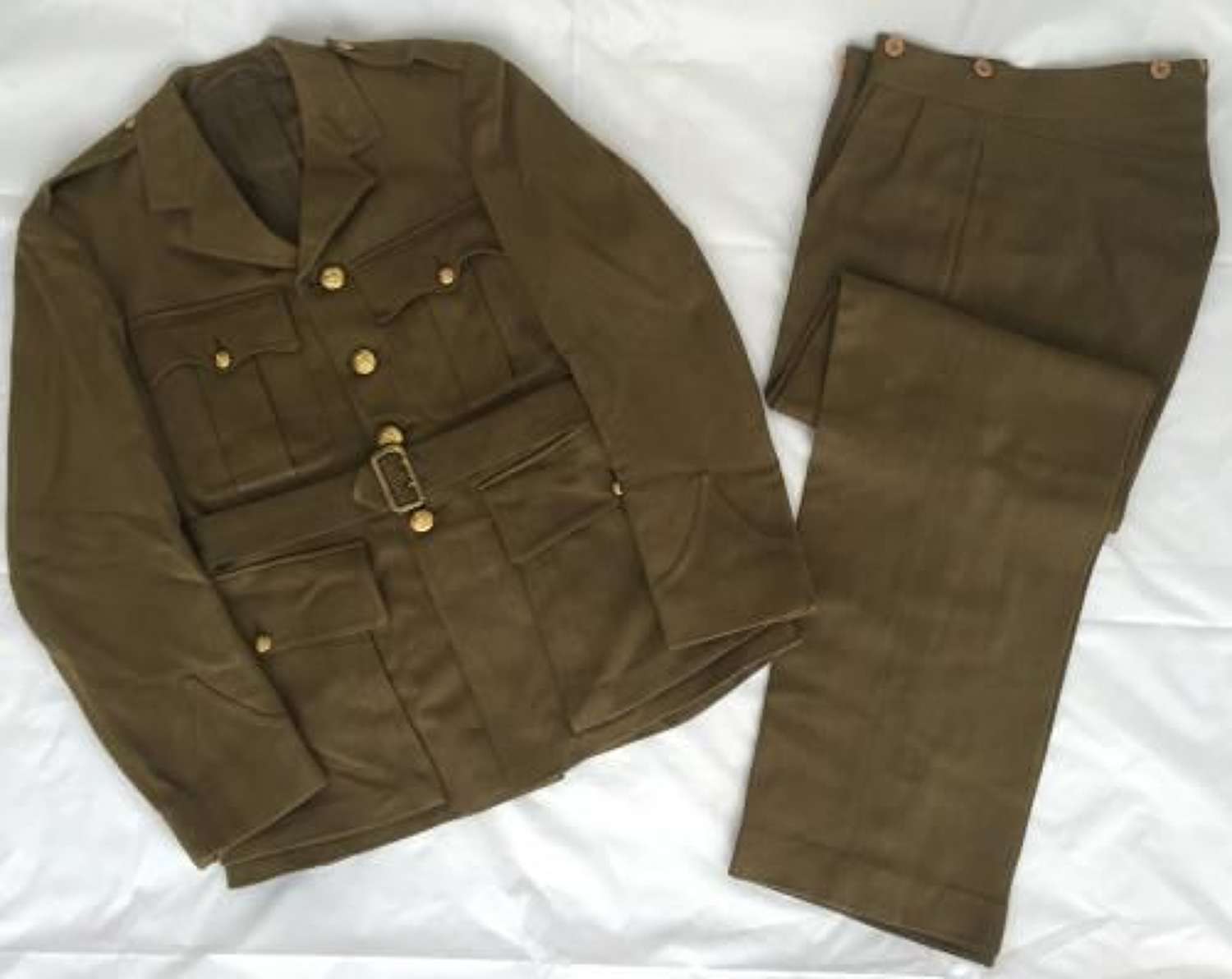 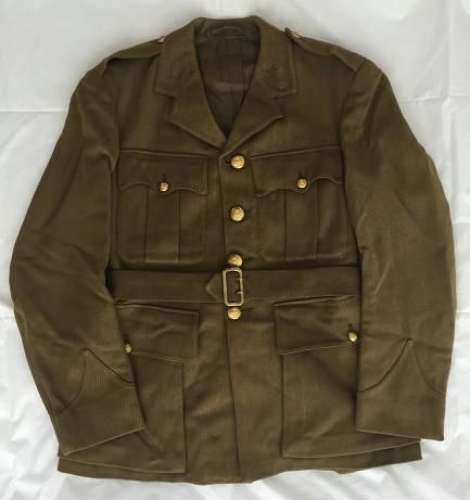 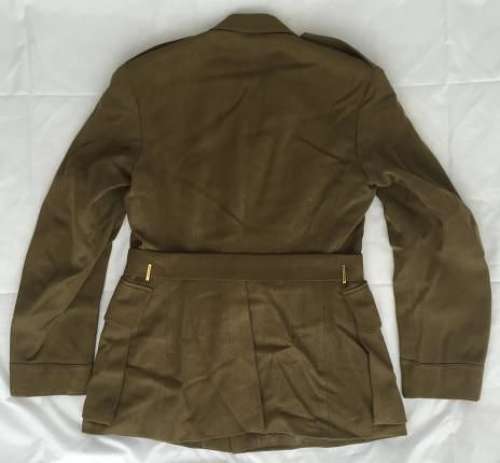 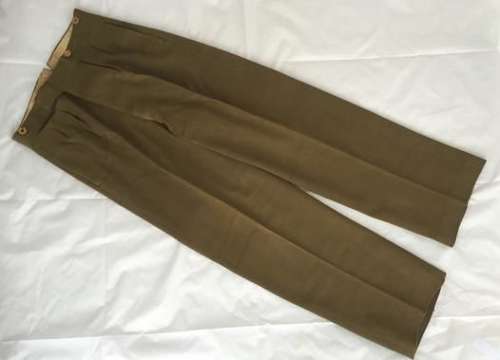 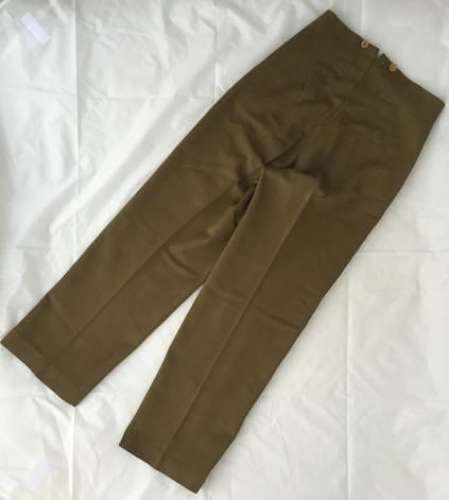 SOLD
A nice original wartime made officers Service Dress in good condition which belonged to an officer of the Royal Artillery.

This Service Dress came to me in a trunk with two sets of wartime battledress, an officers greatcoat and side cap amongst other things, all of which was wartime. This set doesn't have any date in it but I can guarantee it was made and used during the Second World War.

The jacket is the 'early' war pattern as opposed to the austerity pattern which became prevalent by the middle of the war. This means the lower pockets are the bellows pockets style and the upper pockets have a pleat in them, rather than being plain. These tunics are much more sort-after than the more common austerity pattern.

The tunic has had its collar badges removed from the lapels and the badges of rank removed from the epaulettes. There is a shadow left where these were and they would be very easy to replace.

Both the jacket and trousers are in good condition for their age. The trousers have a few moth holes around the top near one of the brace buttons as well as an L shape hole in the seat, but apart from this I can't see any more damage.

I would suggest the jacket is a 36" chest and the trousers a 30" waist, so quite a small size set.

The jacket also comes complete with it's original belt.

All in all, a nice matched jacket and trousers which displays nicely.