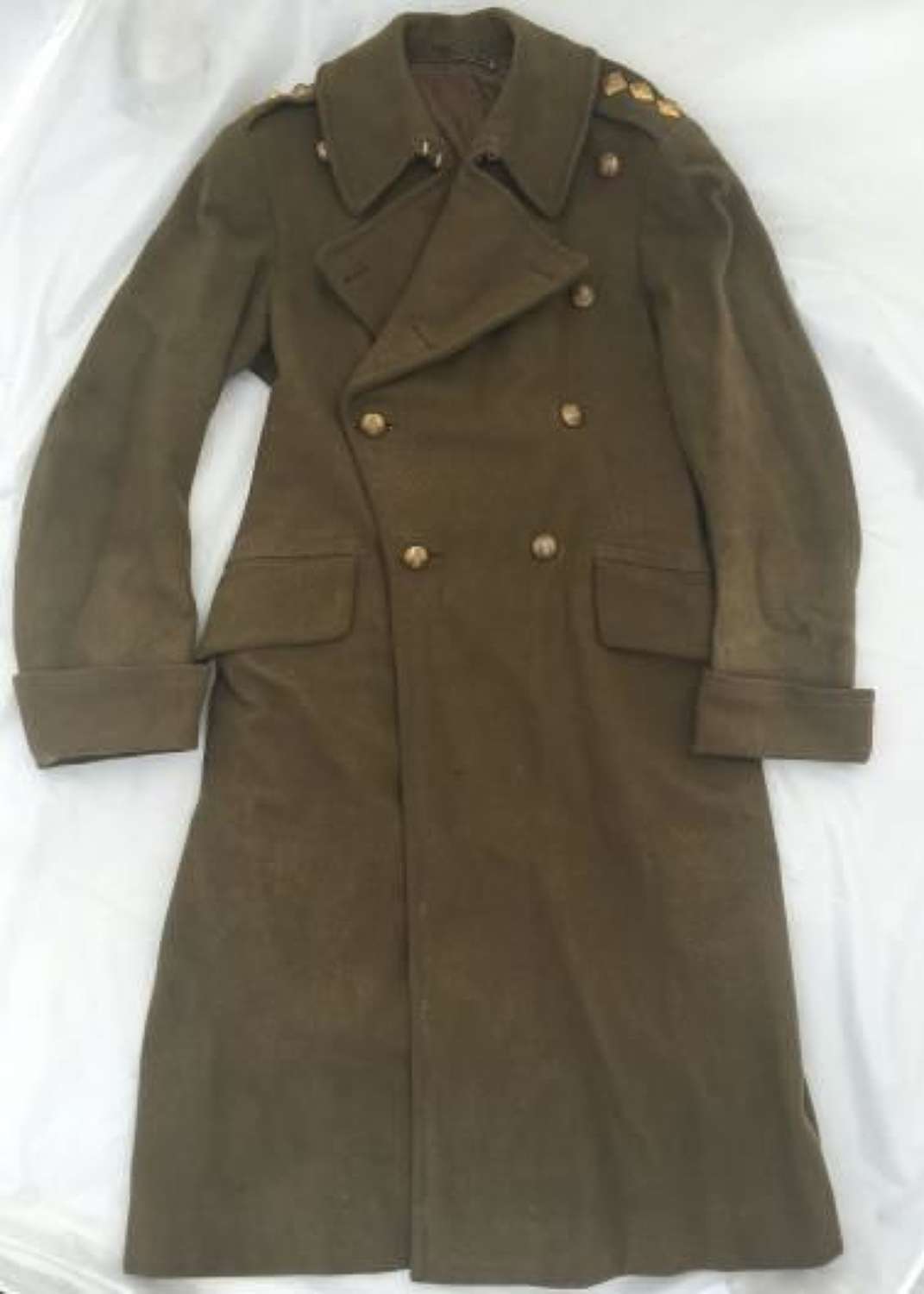 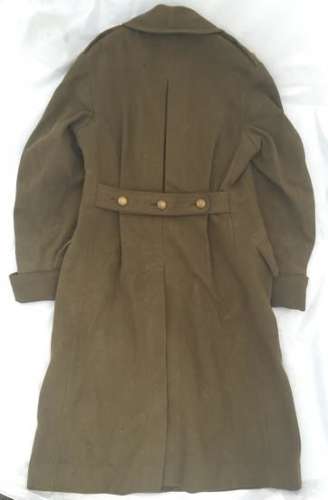 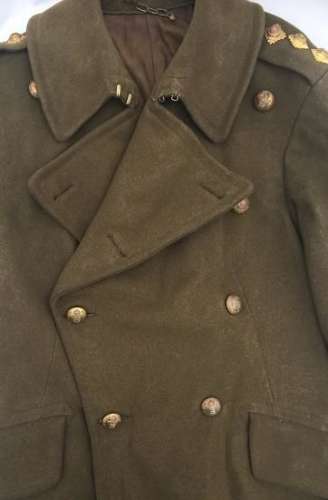 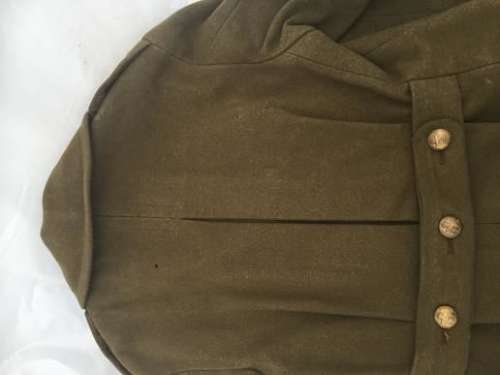 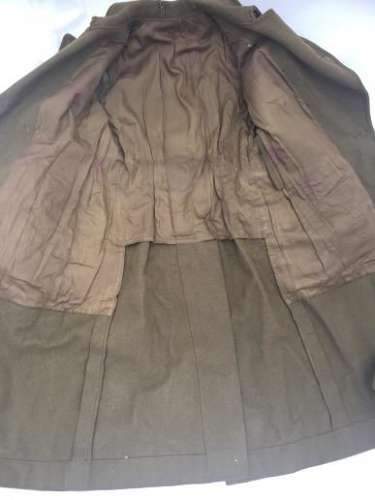 This pattern of greatcoat came into use around the time of the Great War and remained unchanged for many years and was the most common form of overcoat worn by Officers during the Second World War.

This example features brass kings crown Royal Army Ordnance Corps buttons and is sadly devoid of any label or date. It is almost certainly a wartime example however, as it came with a number of other wartime officers items which were dated.

The coat has suffered from some moth damage as can be seen in the pictures. This has been taken into account with the price.

All together, a nice original WW2 period officers greatcoat, ideal for the collector or re-enactor alike!