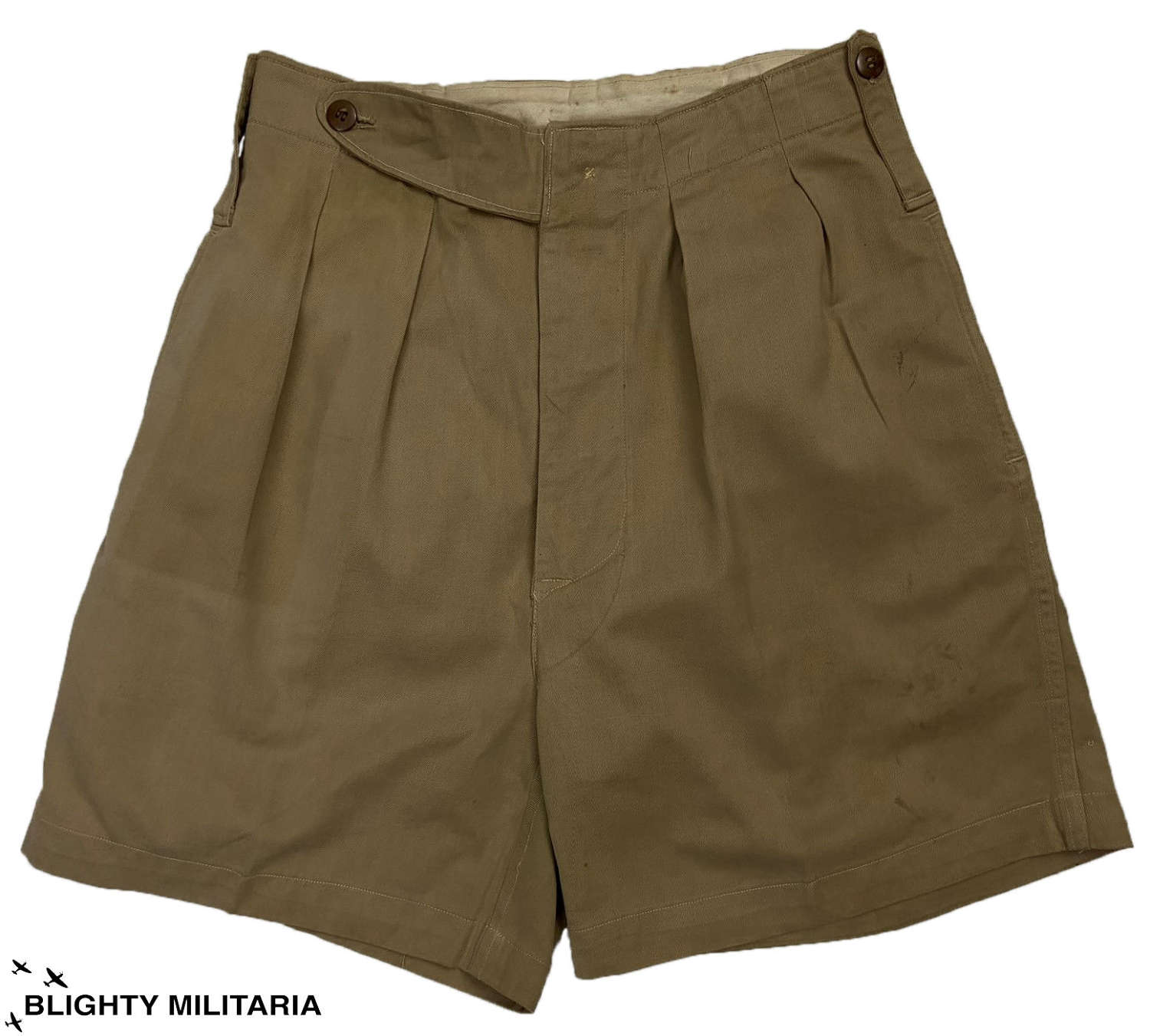 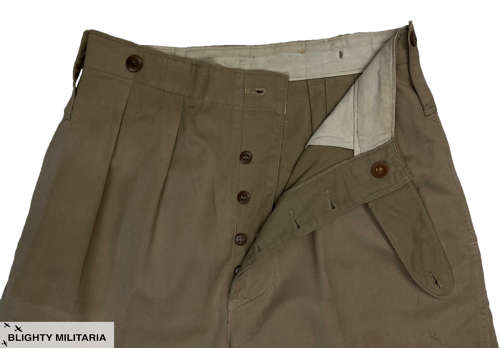 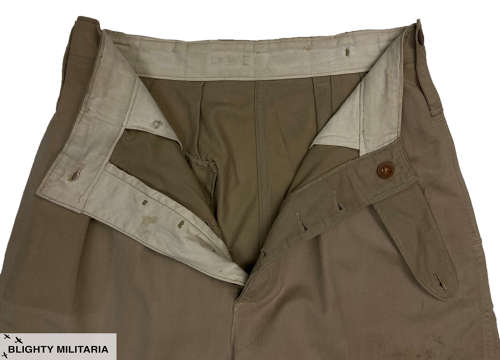 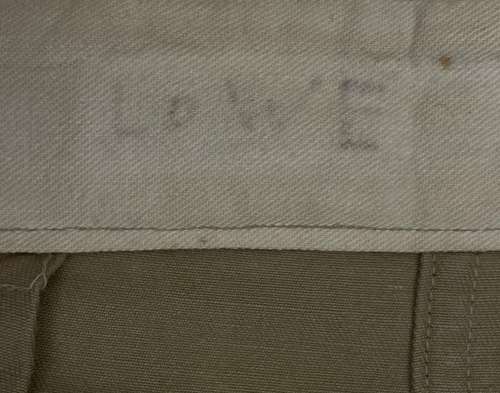 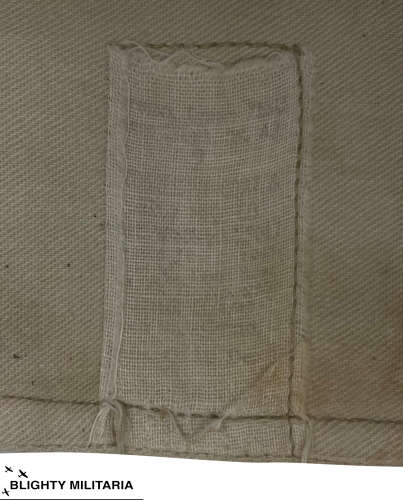 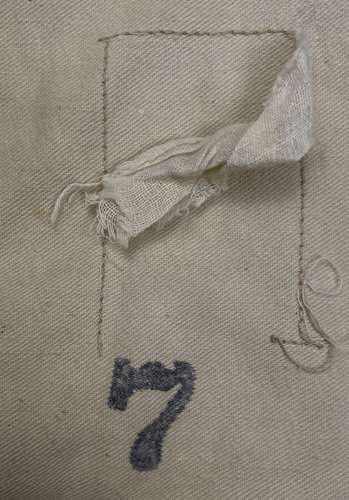 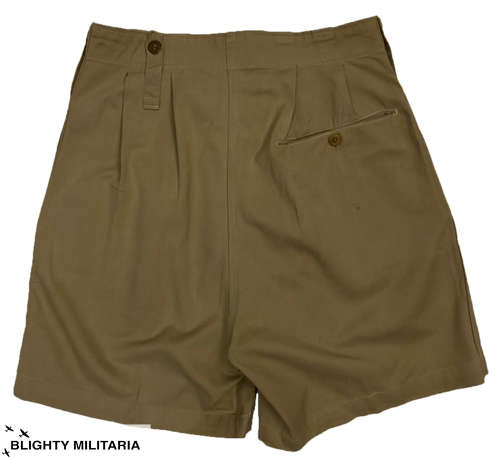 An original pair of American made War Aid Khaki Drill Shorts which belonged to Major D. J. Lowe who served with the Royal Army Ordnance Corps in North Africa and Italy during the Second World War. He saw service with the 8th Army in North Africa before going to Italy with the 4th Division during 1944. They have been in a trunk since the war and are a guaranteed wartime item.

American made items were issued on a large scale during the Italian Campaign as part of the lend-lease program which means these shorts were almost certainly worn by Lowe in Italy. The shorts have all the usual features found on War Aid pattern shorts including the American buttons and labels. The First Field Dressing pocket has been removed from the front and a rear pocket has been added to the rear. Inside the shorts both original labels are still present although they are heavily washed out. The number 7 is stamped below one of the labels which denotes the size. The original owner has also marked his surname to the waistband in black ink.

The shorts are in good, wearable condition and display well. There are signs of service wear and age so please take time to study the pictures before purchasing.