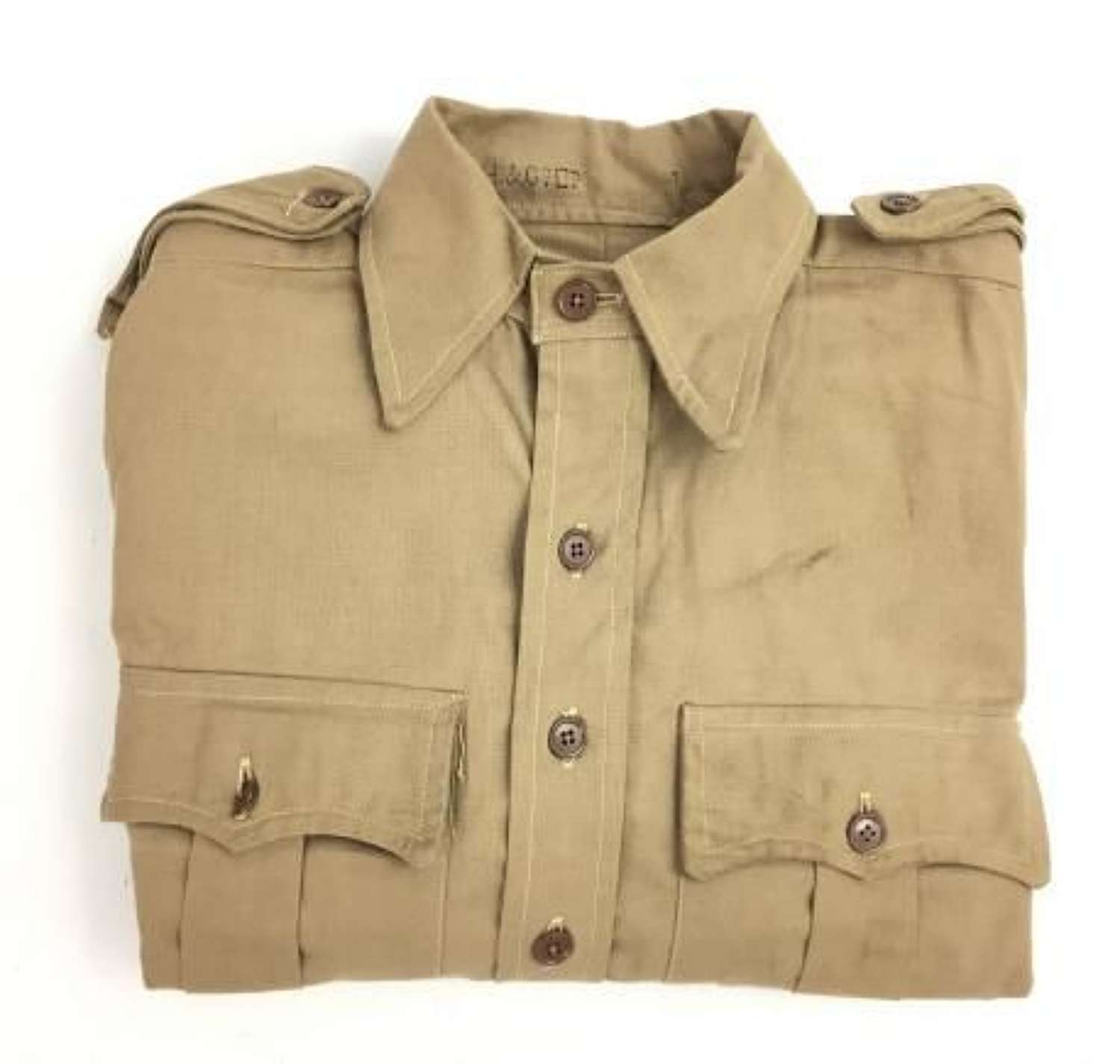 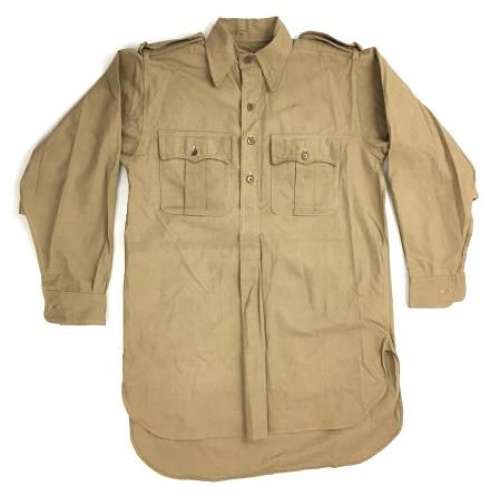 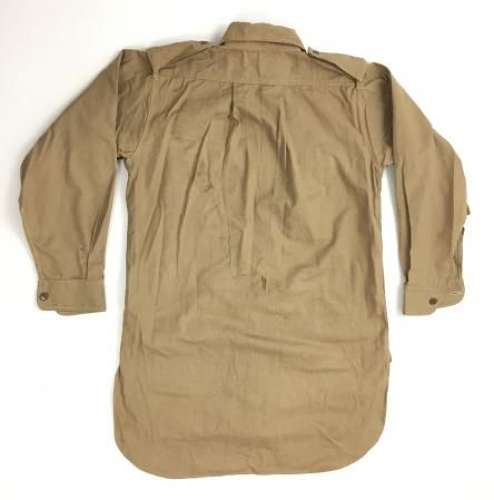 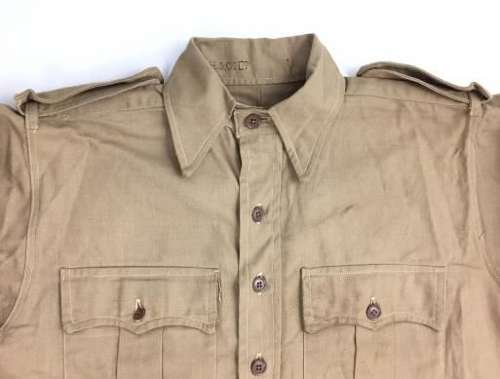 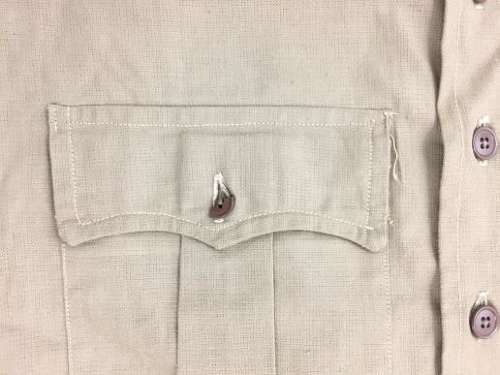 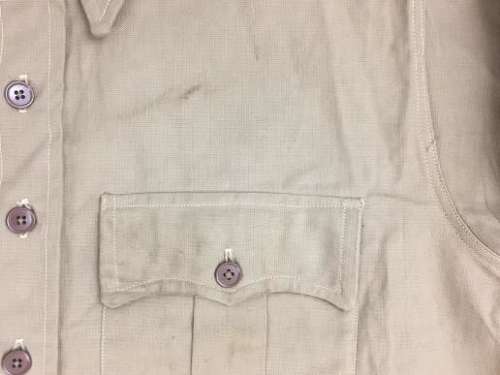 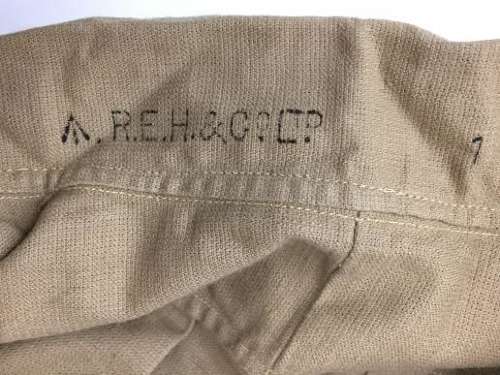 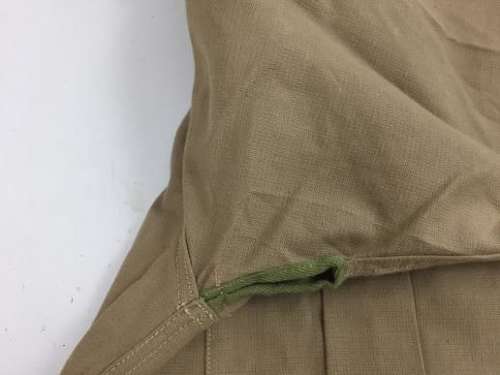 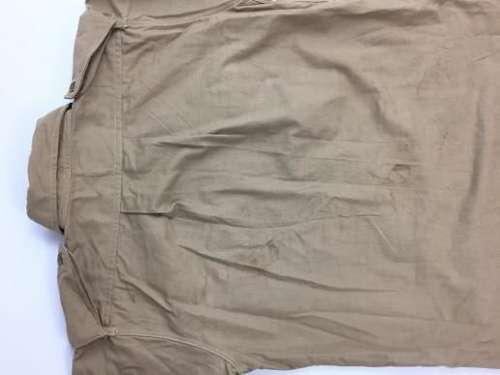 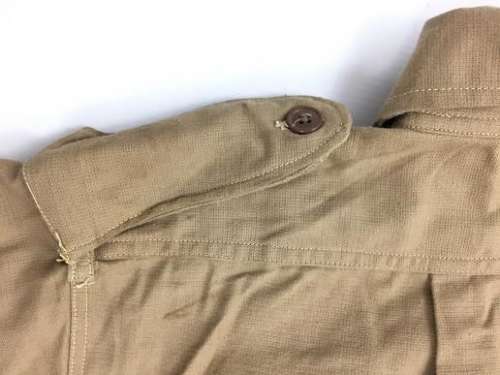 SOLD
An original un-issued British Army Khaki Drill shirt in great condition as used by the British Army, RAF and others during WW2.

This pattern of shirt was used throughout the Second World War but was replaced immediately after the conflict ceased. The shirt features a half button front and removeable epaulettes where as the post-war version had a full buttoning front and fixed epaulettes.

The shirt has no date stamp that I can find but is a wartime example, dating from around 1941-42. This is based on dated examples I have in my collection which match up well with this one. The makers name is present inside the collar of the shirt and reads 'R.E.H & Co Ltd'. The War Department broad arrow stamp is also present as is the numeral '1' which denotes the size. These stamps are normally missing as they tend to rub off with wear making this a nice collectable piece.

The shirt is in very nice condition as can be seen in the photographs. It does not appear to have be worn or issued and displays very well. Once of the chest pocket buttons is broken however and there are numerous marks all over the shirt, most likely from storage. Please study the pictures.


All in all this is a very good example of a wartime British Khaki Drill shirt. Whilst not a perfect mint example it is a very good piece and would compliment any British Army collection.