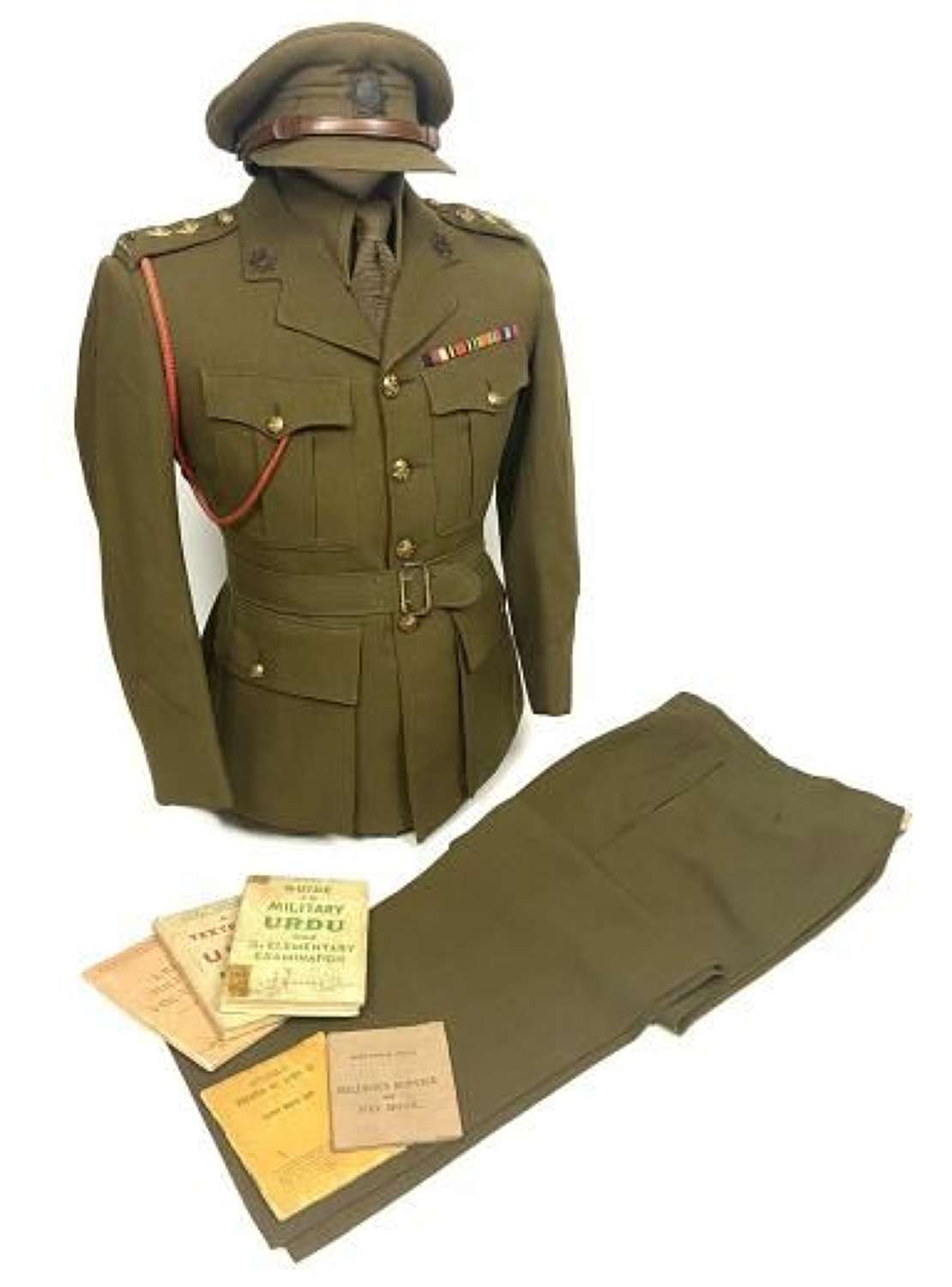 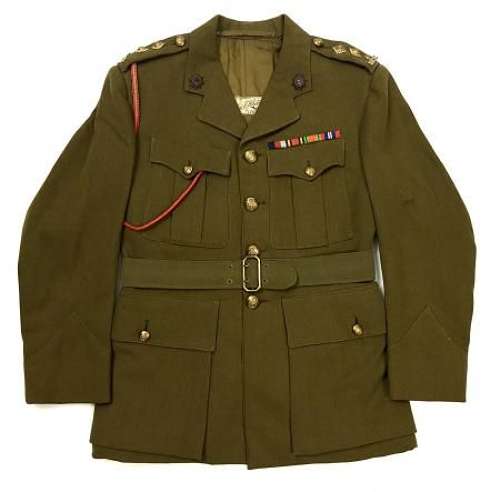 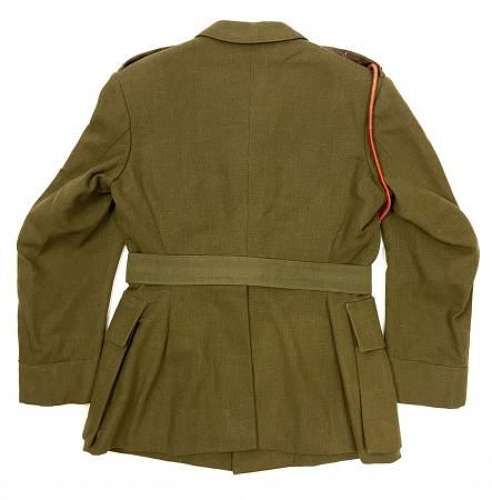 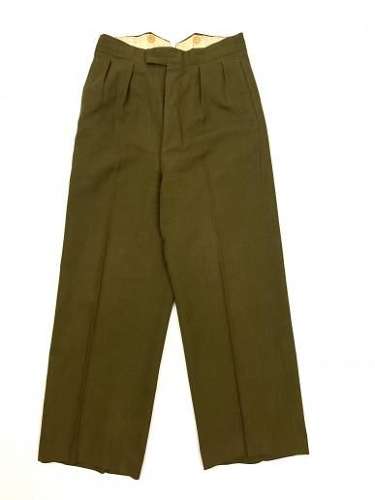 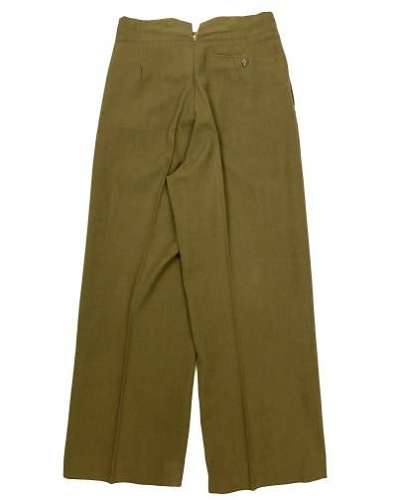 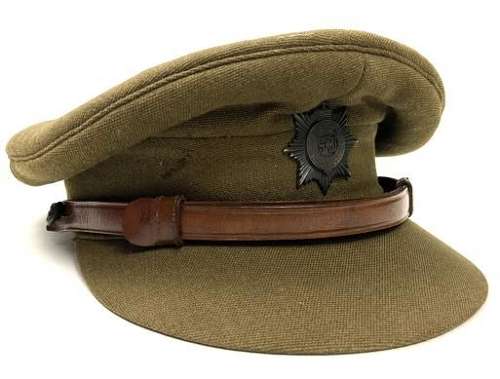 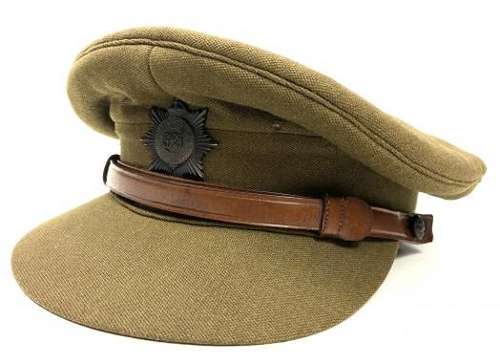 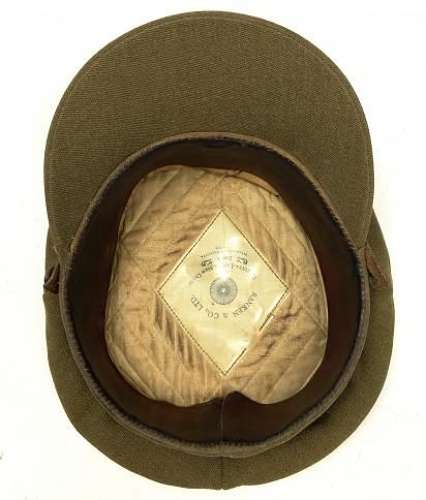 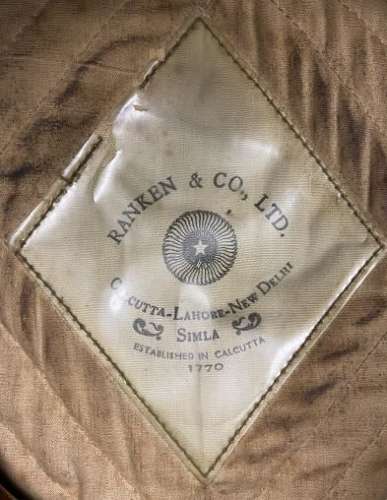 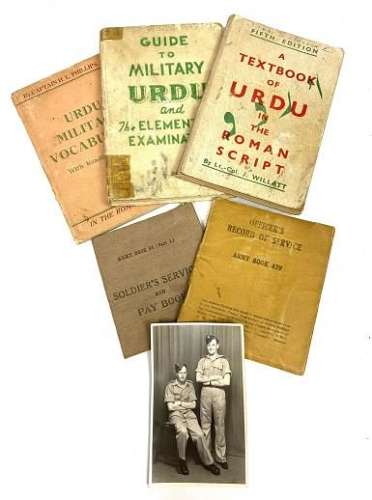 Ernest Mellor 4542122 was born in Skipton, North Yorkshire in 1916. He joined the British Army in 1940 and spent a brief period with the West Yorkshire Regiment before being transferred to the 2/4 Kings Own Yorkshire Light Infantry. In May 1941 he moved to Morton Hall in Norfolk to join the newly formed 46th Reconnaissance Regiment with whom he stayed until the end of the year. He then transferred into the 2nd Reconnaissance Regiment in December 1941 who were posted overseas to India the following spring as part of 2nd Division. Mellor stayed with this unit until the beginning of 1945 meaning he would have been involved in the battles around Kohima before being allocated to the 14th Army at the end of 1944. In early 1945 he was commissioned into the Royal Indian Army Service Corps where eh served for the rest of hostilities and into 1947.

The Service Dress suit was made in Leeds which is the biggest city to Mellor's home town of Skipton. He must have been granted leave when he was commissioned and had this made. It is a typical example of an officers SD and is not an austerity version, as are often found in this period. It features RIASC collar badges, shoulder titles and buttons and two pips to each epaulette denoting the rank of Lieutenant. A red lanyard is also fitted to the right shoulder.

Inside the tunic is a large makers label which reads 'Chas C Whitlock' of 127 Albion Street Leeds and features graphics which are typical of the era. Inside the interior pocket a second label is present which again bears the tailors name as well as the owners name in ink which reads 'E. Mellor'.

The trousers are typical of those made in the 1940s in the UK featuring a wide leg, high rise and button fly. Buttons are positioned around the inner waistband and are designed to support braces. The buttons are also marked with the tailors name which is a nice period addition. The rear features a single pocket, as is common for British tailored items of this period.

The suit is in very good condition with only limited signs of wear and use. It displays very well with no signs of serious damage, save for a mark to the left sleeve. There may be other small issues consummate with age but overall it is in very nice shape.

For me, the finest part of the grouping is the cap which is a theatre made example by 'Ranken & Co Ltd'. It has a great wartime shape to it with a lovely wide chin strap and beautiful quilted cotton interior to which the label is attached. An officers quality bronzed RIASC cap badge is fitted to the front and OSD general service buttons hold the chin strap on. The cap displays very well although there are two small areas of damage to the front which can be seen in the pictures.

Finally comes the paperwork which consists of Mellor's AB.64 from his time serving in the ranks as well as his Officers Service Book Army Book 439. Three books relating to Urdu (two of which include Mellor's name) are included as is a picture of Mellor and a friend, clearly taken in around 1942-43 when he was still a Lance Corporal.

Altogether a fine grouping to a man with a fantastic military career in the Far East which warrants further research.

Please note shirt and tie are not included in the sale.