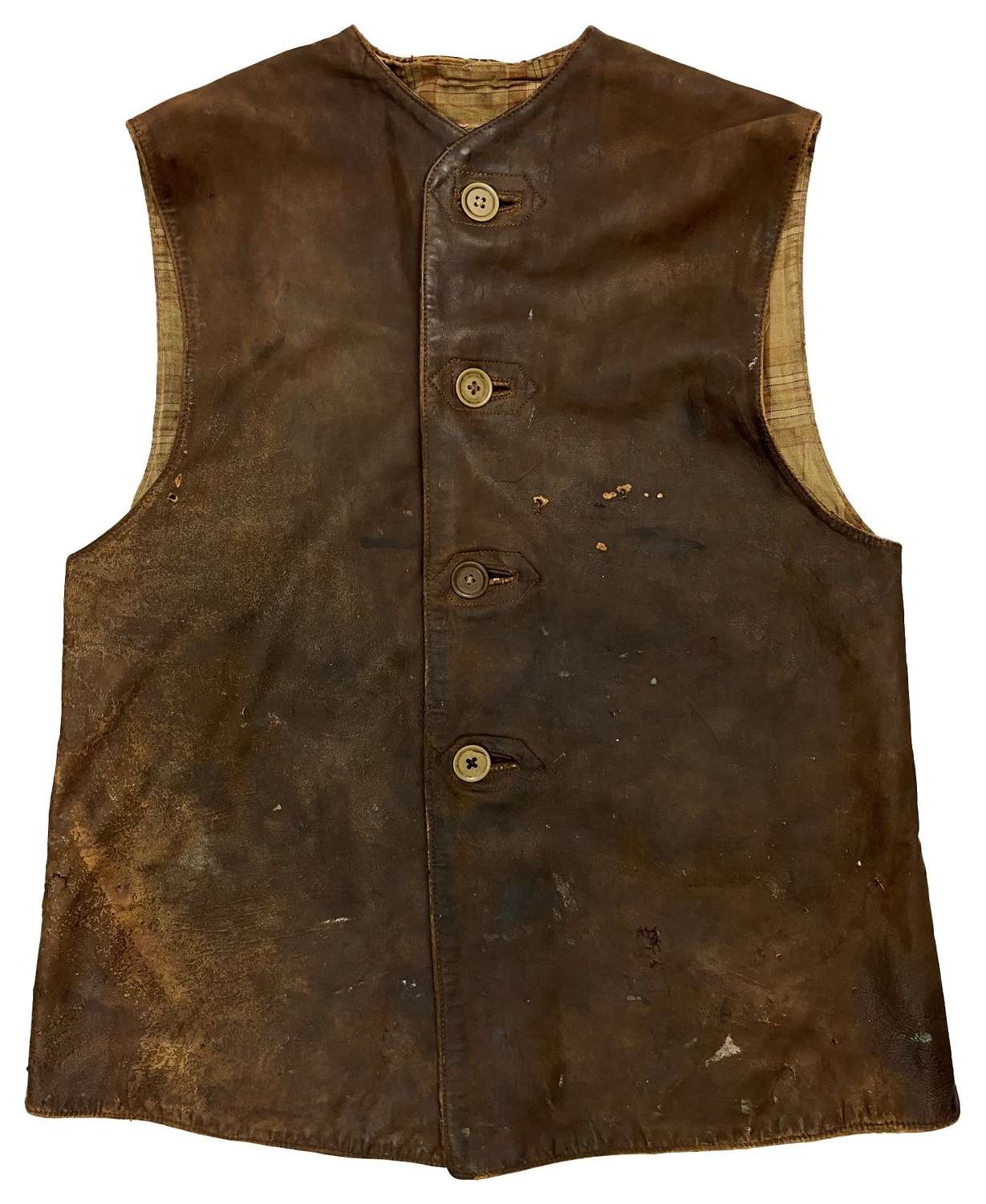 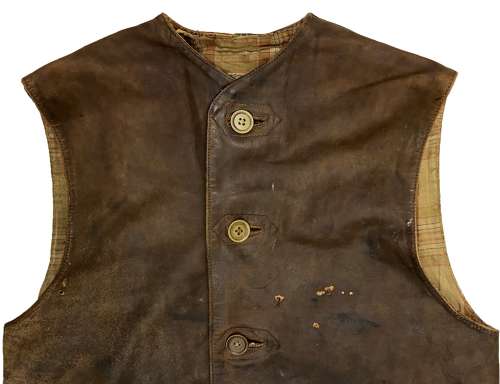 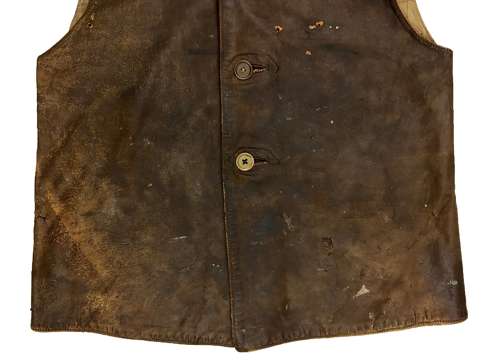 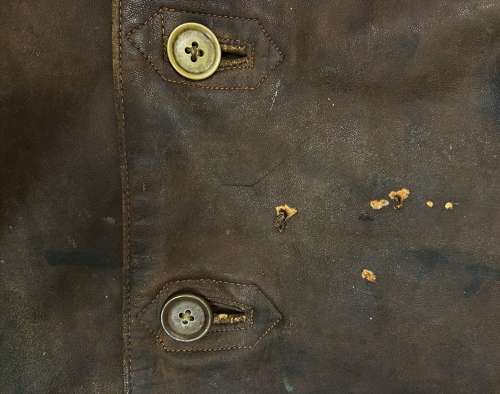 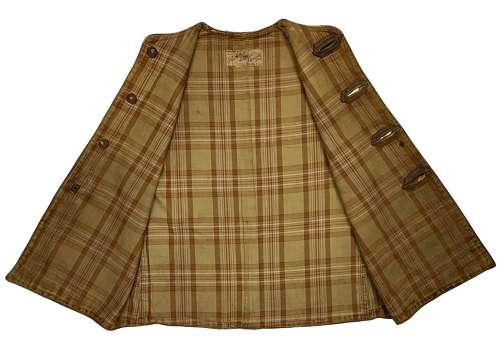 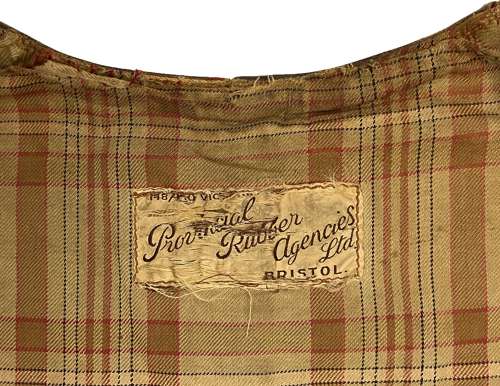 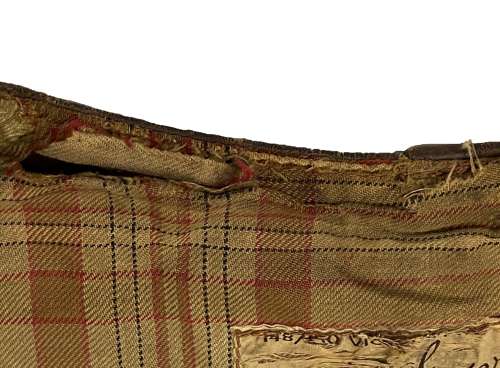 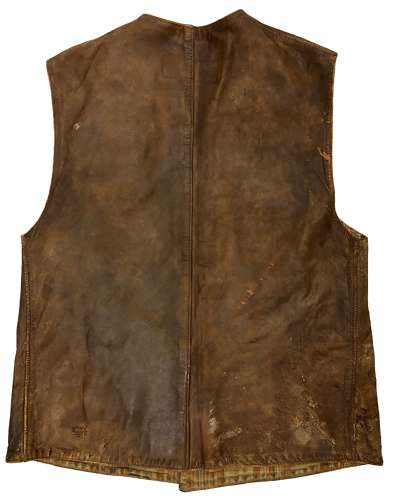 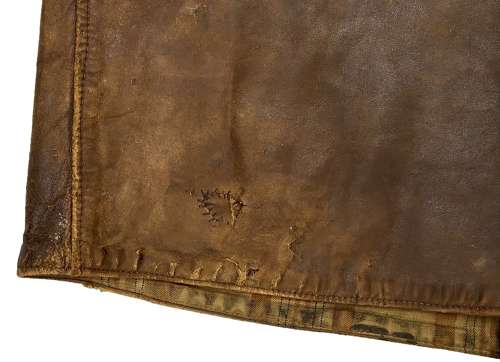 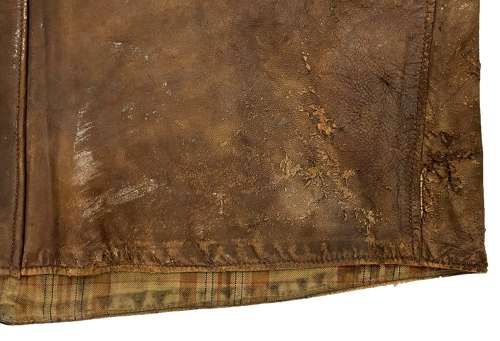 An original private purchase leather jerkin made by 'Provincial Rubber Agencies Ltd' of Bristol, most likely during the inter-war period.

Leather jerkins came into issue with British troops during the Great War and stayed in service well into the 1950s. Whilst the British Army and RAF had issue versions they were also produced for the civilian market. Some officers and men bought their own jerkins privately during the Second World War and they proved to be popular outerwear on the civilian market too.

This example is made from four large panels unlike military made examples which more often than not feature a variety of panels as less leather was waisted this way. It is cut in the standard fashion of all British military jerkins with large arm holes, a high buttoning closer around the neck and four buttons to fasten the front. The interior of the jacket is lined with a typically period brown check material which really sets it aside from military issue examples.

Inside the jerkin the original label is present and features graphics typical of the inter-war period. The manufacturer's name of 'Provincial Rubber Agencies LTD' is present as is the place name of Bristol.

The jerkin is in worn condition with various signs of age, wear and use. The lining is soiled and the edges are worn and fray. The leather outer as various repairs and areas of damage. Overall it displays very nicely and has a great look but please take time to study the pictures before purchasing.

A great example of a private purchase leather jerkin with lovely period details. This would make a great addition to any collection!