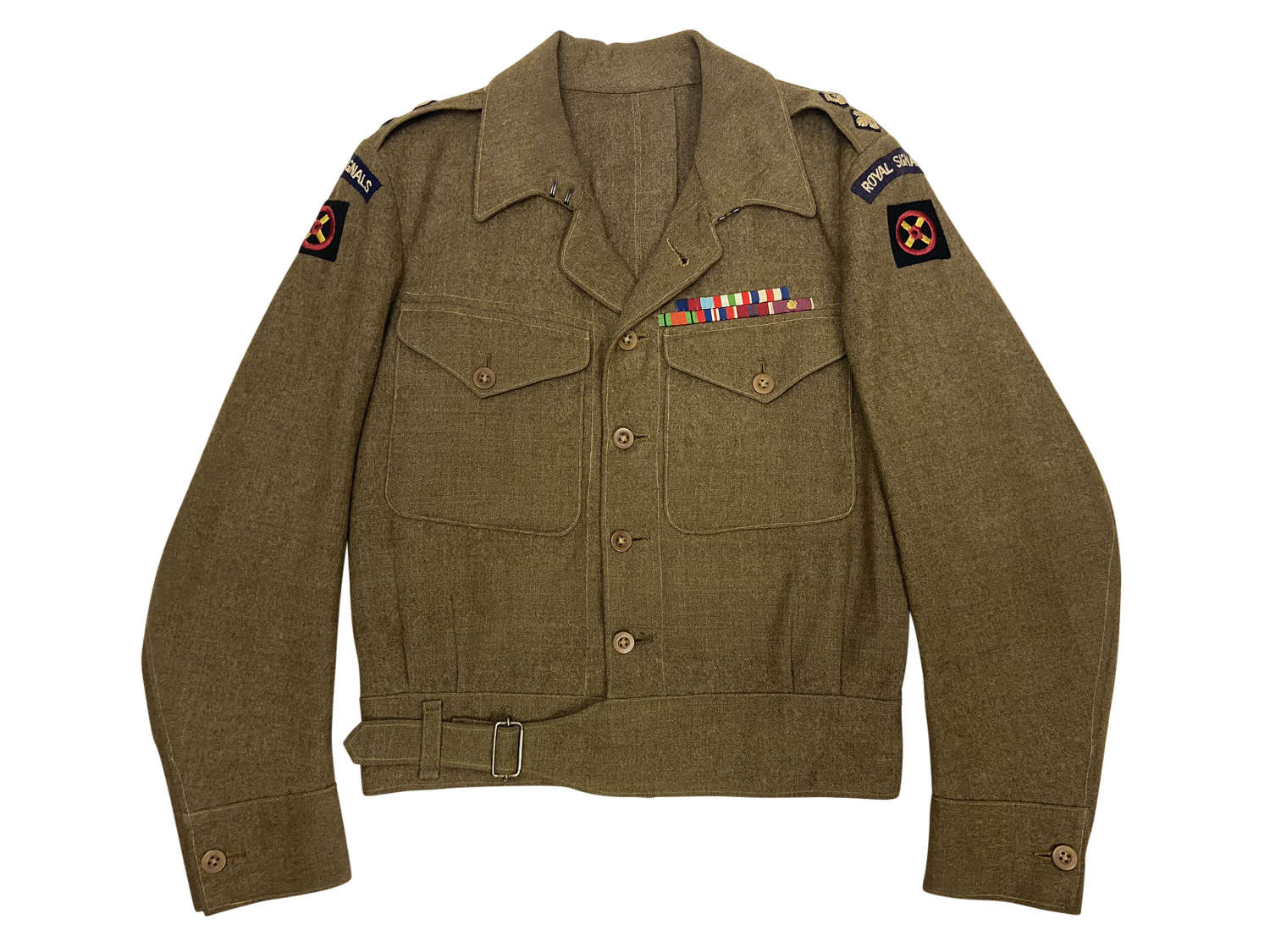 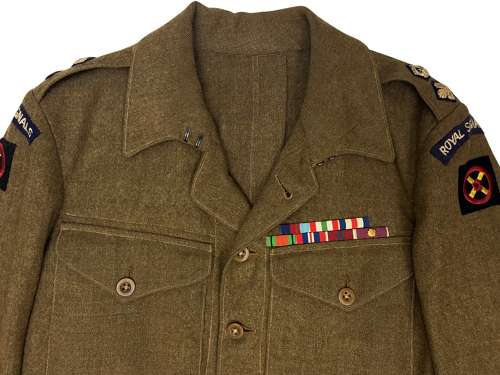 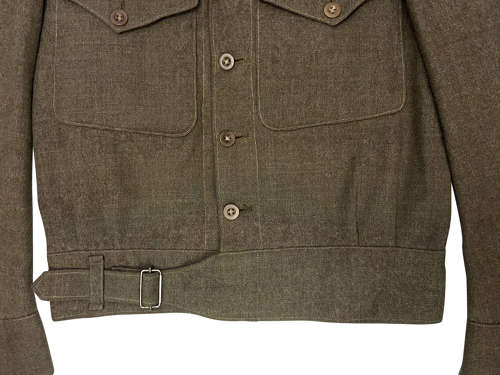 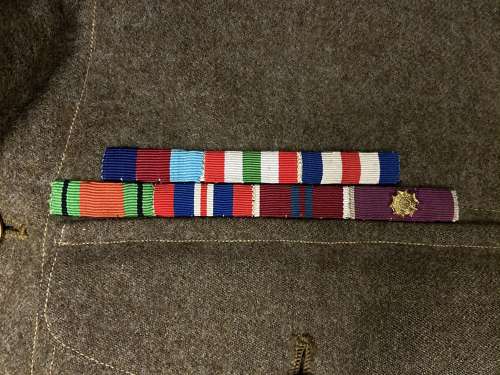 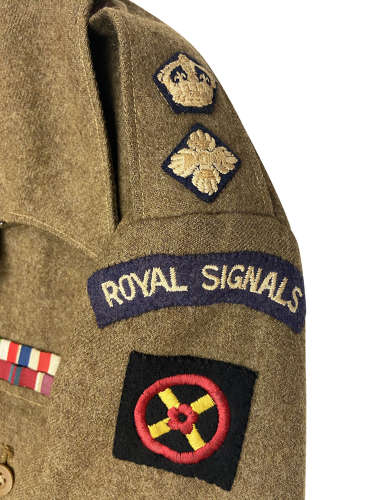 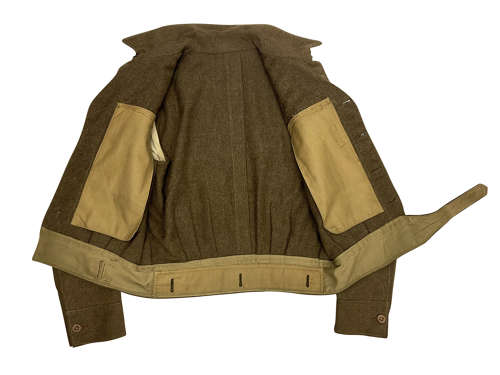 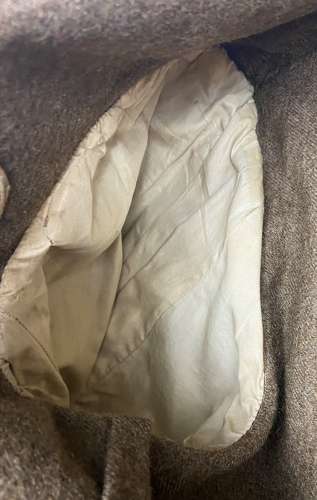 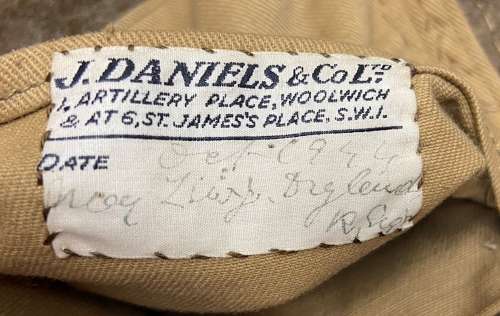 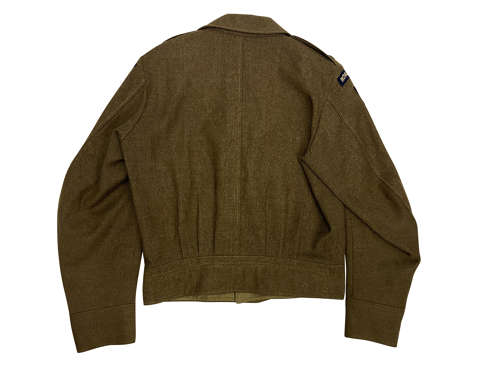 This stunning tailor made Battledress blouse is fresh to the market having been recently discovered in an attic!

The blouse was made by J. Daniels & Co Ltd of Woolwich in 1944 for an officer of the Royal Signals. Sadly I have not so far been able to trace the original owner but we do know that he was in Western Command during the latter stages of the Second World War.

The blouse is beautifully tailored. On first glance it looks like a standard issue battledress but on closer inspection it becomes apparent that it is of a much higher quality. The button holes are hand stitched, it has two internal pockets (austerity pattern blouse should only have one) and the material is a fine grade of serge which isn't quite so rough as standard issue battledress.

Inside the interior pocket is a tailors label with the original owners name. I have not been able to trace him myself, but there can't have been many Lieutenant Colonel's in the Royal Signals serving with Western Command.

The blouse has a number of medal ribbons above the left breast pocket including the 39-45 Medal, Italy Star, France and Germany Star, Defence Medal, The War Medal, Queen Elizabeth II Coronation Medal and the Legion of Merit. These ribbons tell us a lot about the original owner. We know he fought during the Second World War both in Italy and in Northwest Europe and stayed in the Army after the end of hostilities. He clearly carried on wearing the jacket post-war as it has the 1953 QEII Coronation medal and interestingly the jacket also has the American Legion of Merit medal.

The condition of the jacket is absolutely perfect. There are no signs of wear or damage of any kind and it looks more or less the way it would have done when it was new! It has clearly been stored very carefully and has survived the years untouched!

All in all, a fantastic an unique battledress blouse which is incredibly original and offers the opportunity of more research.