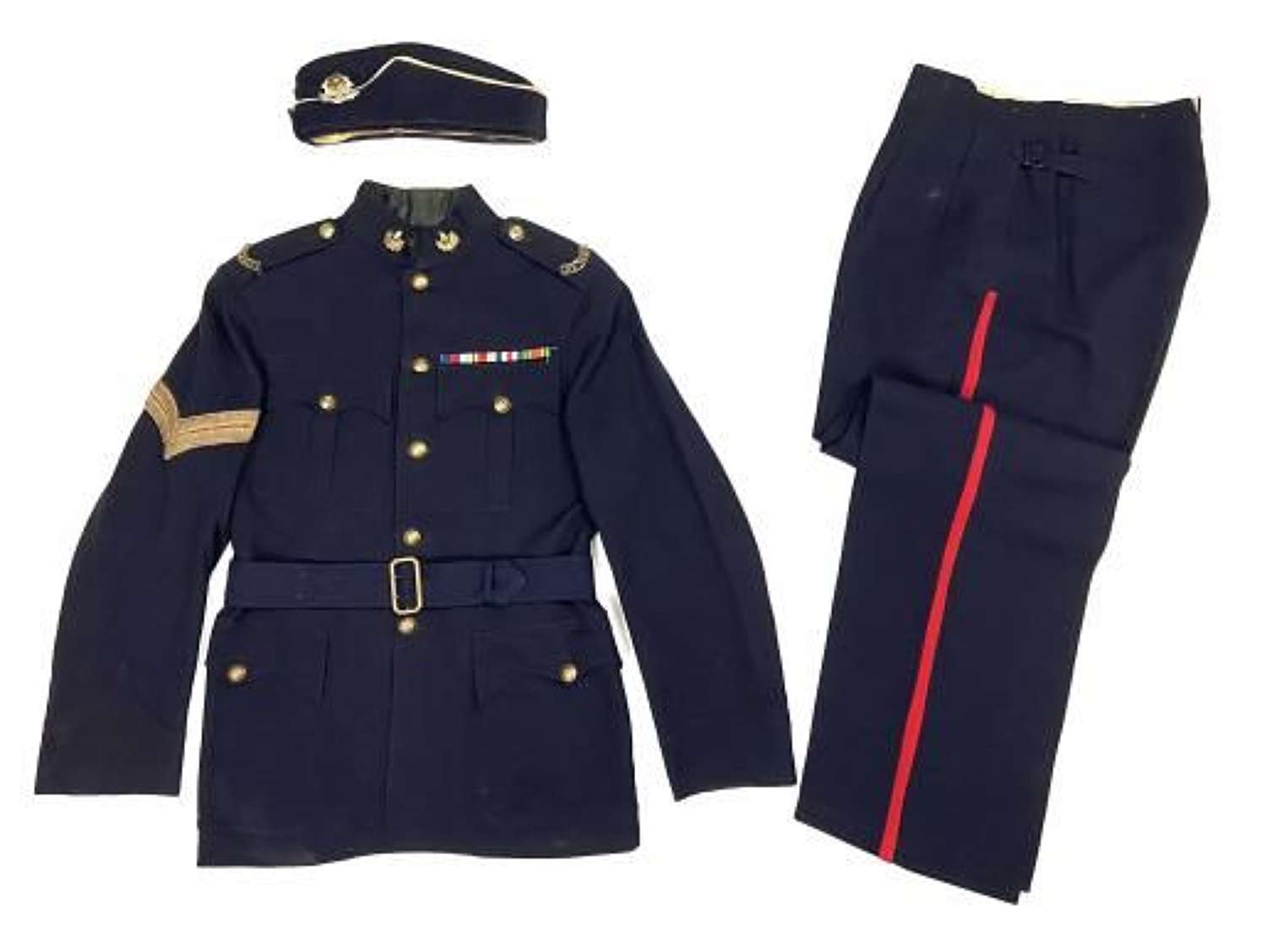 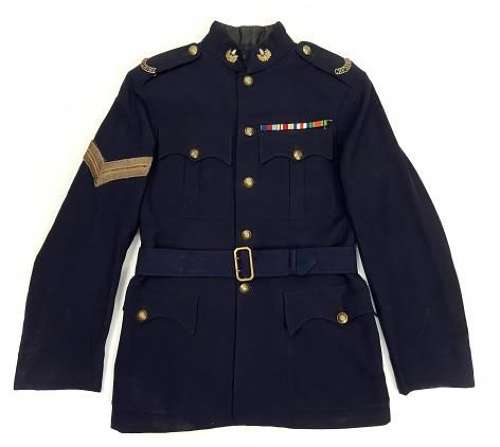 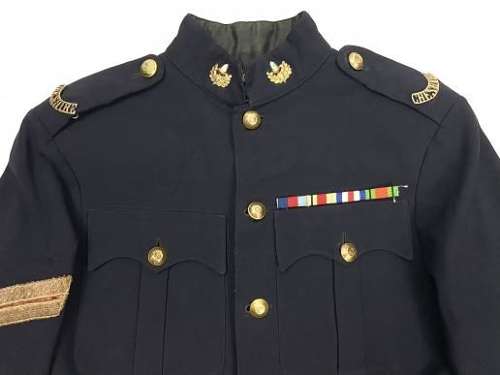 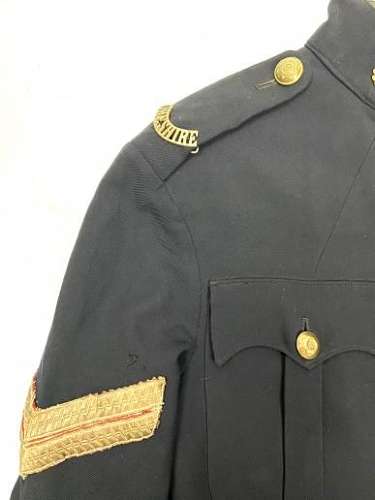 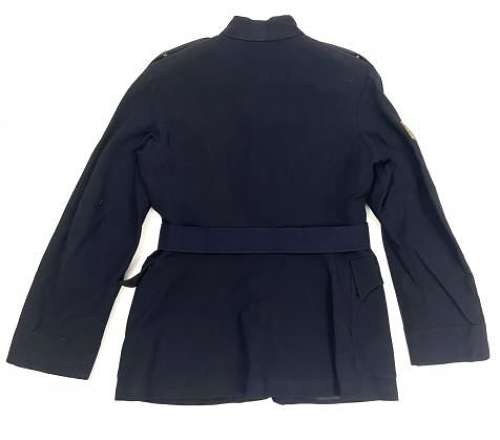 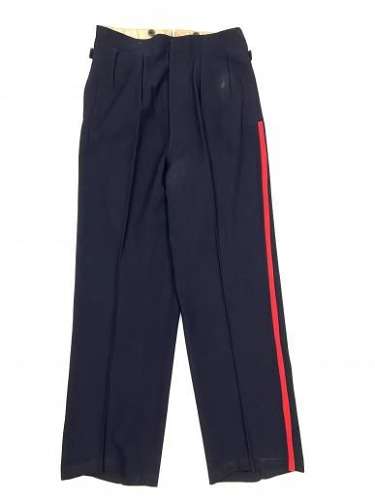 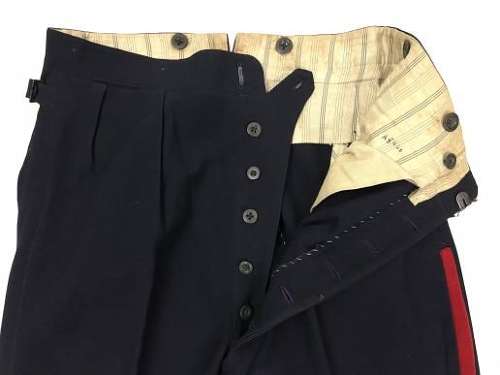 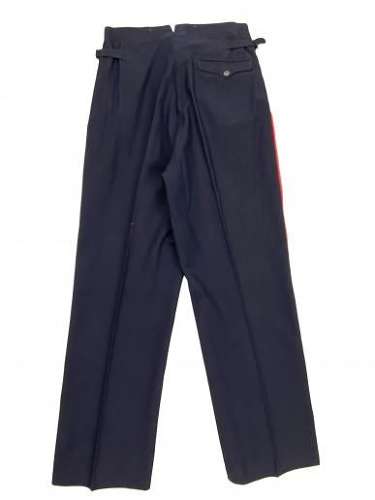 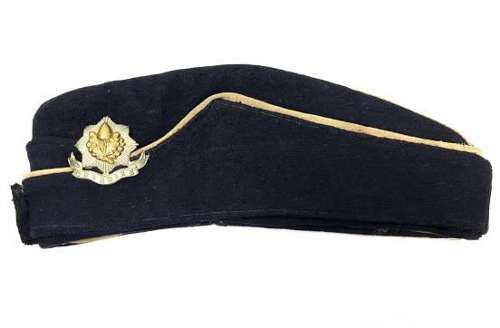 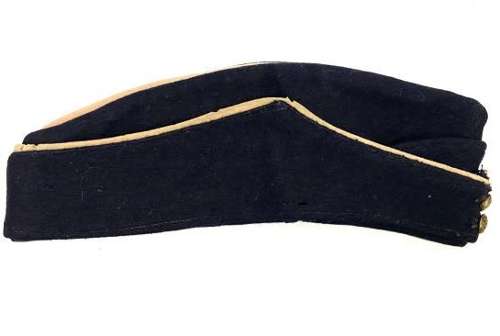 In the pre-war years it was a common sight to see soldiers wearing their best blue uniforms on Sundays or other special occasions. When War broke out they were deemed obsolete and were not worn during the war years with many servicemen giving them in salvage so that the materials could be re-used for the war effort.

This uniform was clearly exacted the inferno and was stored throughout the war. The addition of the medal ribbons show that Corporal Williams wore the uniform again at the end of hostilities and no doubt cut a dash against all the khaki battledress. This would have shown him to be a pre-war regular which was no doubt something he was proud of. The medal ribbons include the Africa Star and France and Germany Star so he certainly saw combat with the Cheshires. The combination of the Africa Star and France and Germany Star suggest that Cpl Williams served with the 2st Battalion and would have quite possibly been with them for the Dunkirk Evacuation prior to this.

Officially designated 'Jacket Serge Blue OR' but more often referred to simply as 'Blues', the tunic is typically pre war. It is closely cut to the body for smartness and features scalloped pockets to all of the front pockets. Small size Cheshire regiment buttons are fitted throughout with matching regimental collar badges and shoulder titles fitted to the collar and epaulettes respectively. The right sleeve features a gold on red corporal stripe and a detachable waist belt is fitted around the middle.

The trousers are again typical of pre-war British made items featuring a high-rise waist, front pleats, waist adjuster, a button fly and a striped waistband lining. They feature a red stripe to the outside seam as is correct for line infantry uniforms.

The uniform comes complete with a matching Cheshire Regiment coloured field service cap as were often worn with this uniform. It features a navy blue body with cream piping and retains its original Cheshire Regiment bi-metal cap badge. The hat is a small size measuring 10 1/4" along the opening when laid flat.

The set is in good condition with the usual signs of period wear and use with some limited staining. The waist belt does not match the jacket perfectly in colour and is possibly a later replacement sourced by Cpl Williams after loosing the original. Overall it displays nicely as a set.

A nice original pre-war uniform, the like of which does not turn up regularly. There is certainly room for further research as corporal Williams clearly had an interesting wartime career!