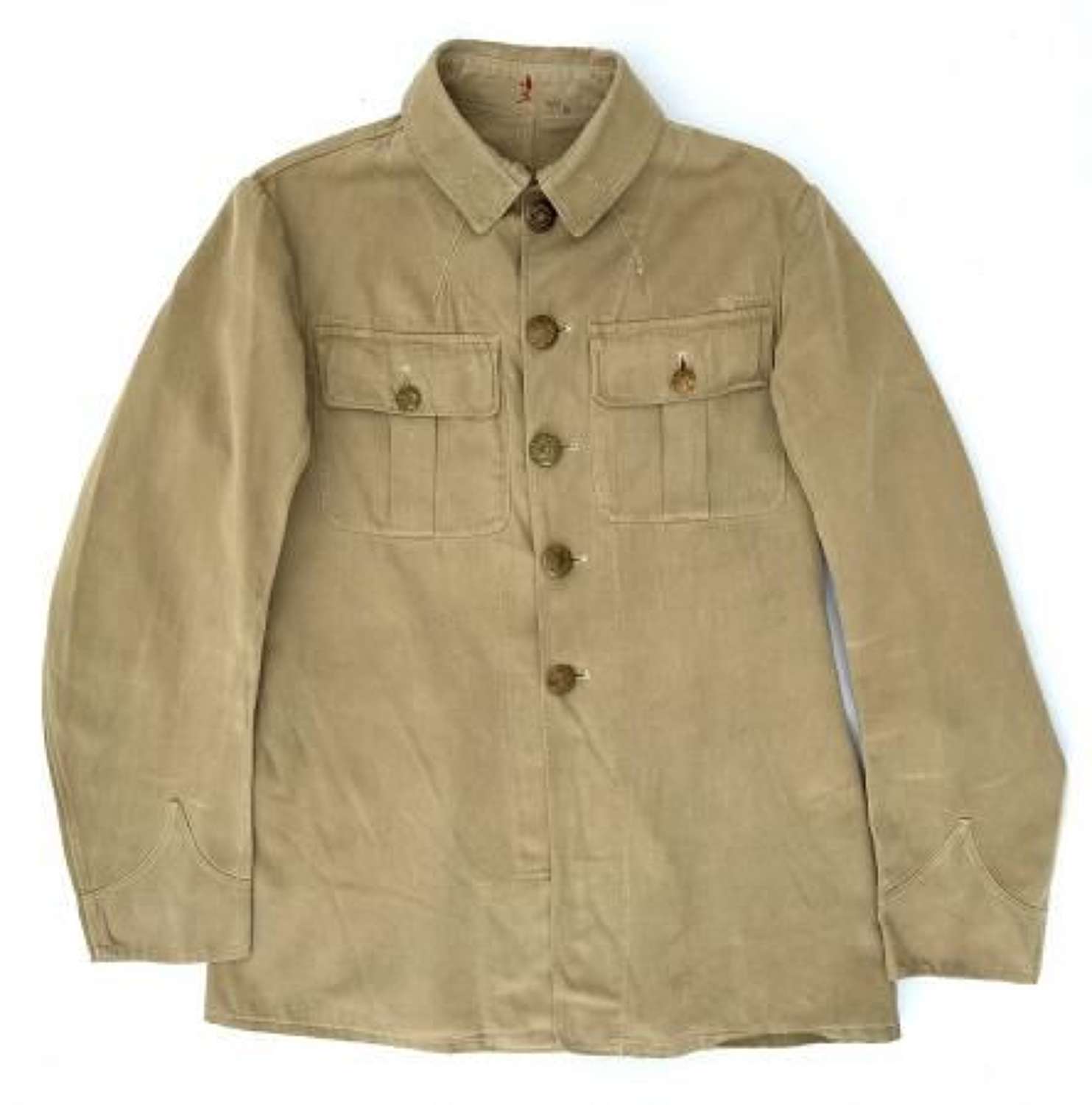 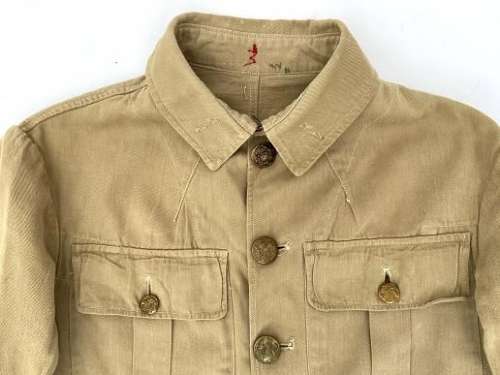 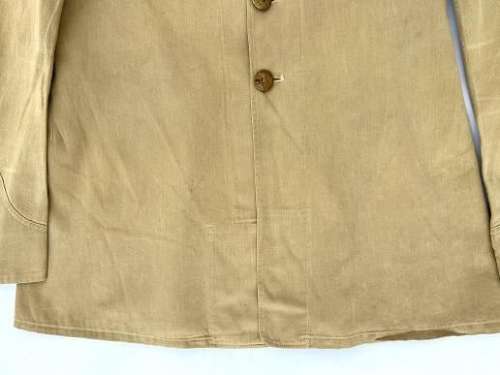 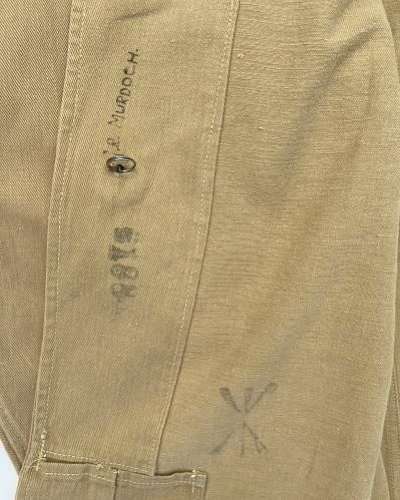 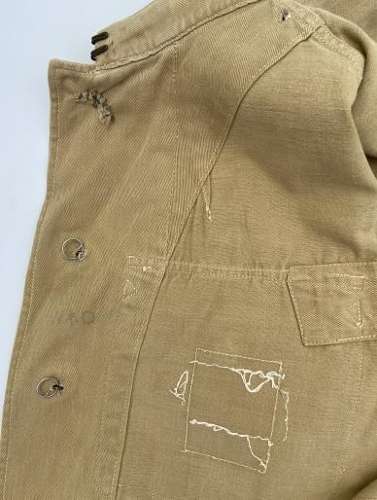 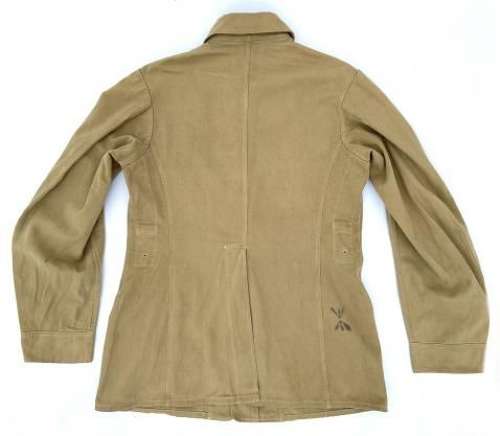 SOLD
An original British Army Khaki Drill Tunic, or 'Frock' as they were often called at the time, dating from the inter-war period.

This pattern of tunic is very similar to those issued during the Great War. They saw widespread issue with units in the Middle East and Far East during the inter-war period being phased out in the early years of the Second World War.

The tunic is made from a khaki coloured cotton drill, the sort of which is usually found on tunics of this period. It features two chest pockets and no lower pockets, long sleeves and fastens with brass Kings crown general service buttons. Two more smaller examples are fitted to close the chest pockets. There are no epaulettes but there are holes for buttons to be fitted at the shoulders.

The interior no longer bears its original manufacturers label but there is a clear outline of where it originally was. It is undoubtedly a British made item and features the War Department acceptance stamp to the interior.

The tunic is a small size which will fit someone of around a 36" chest depending on desired fit. When laid flat it measures -

The tunic is in good condition with only limited signs of wear and use. The top most button hole has been repaired on the inside as can be seen in the pictures but aside from this the tunic seems very sound a displays nicely.

A great early British tunic which would make a great addition to any collection!