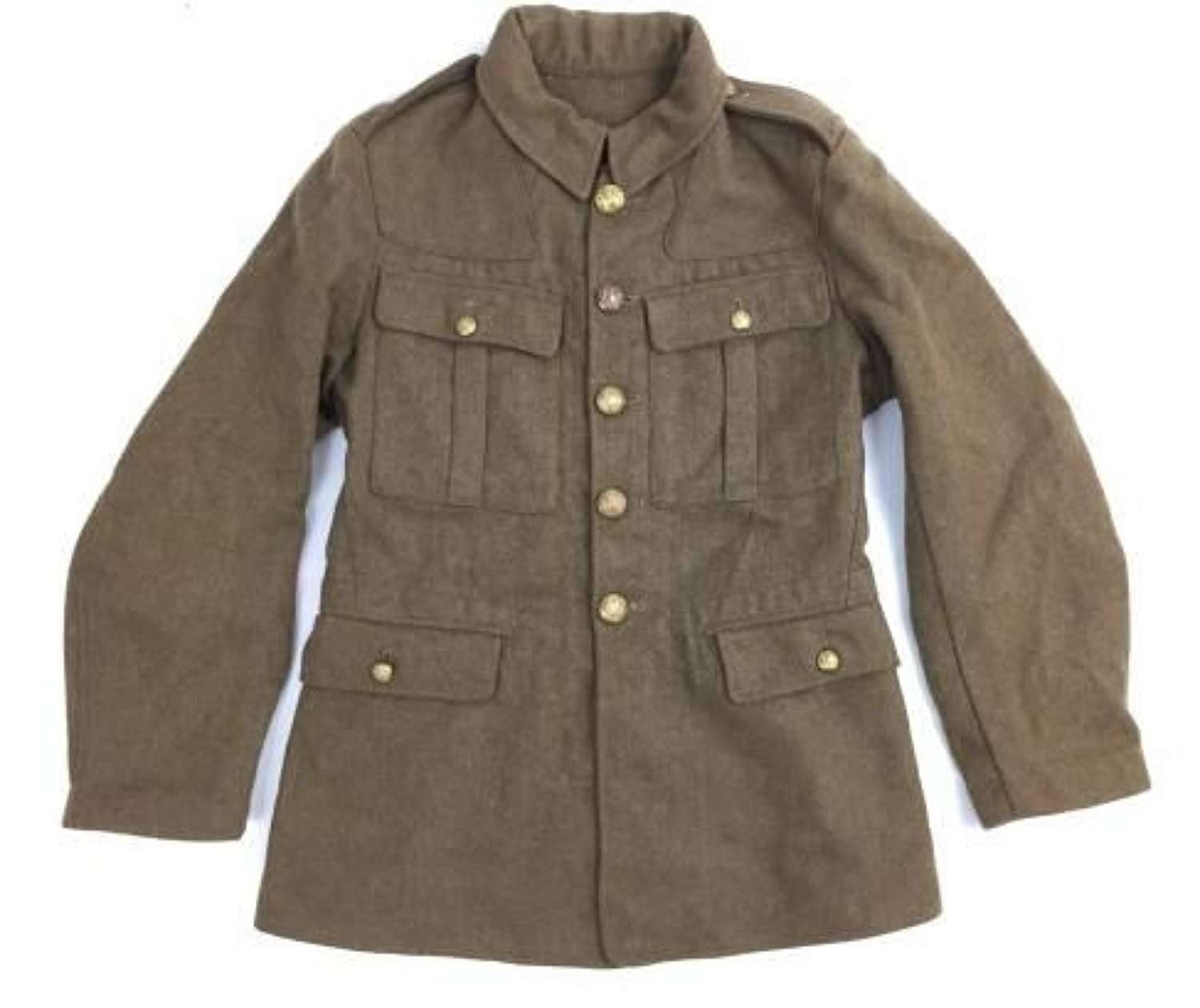 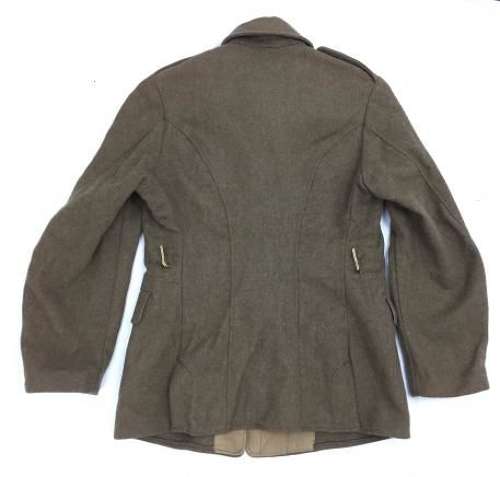 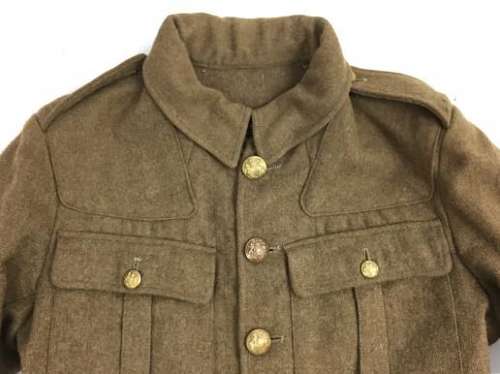 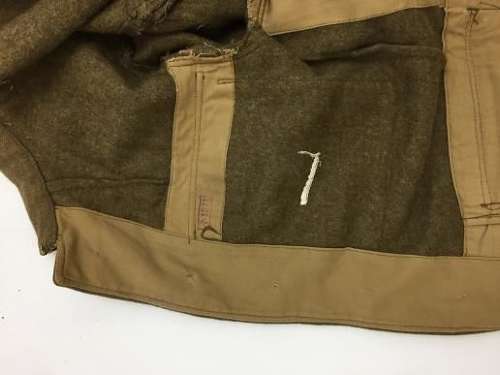 This pattern of tunic closely resembles the tunics worn in the Great War but came into service during the 1920s. At the stage all collars were still unlined with collar linings not being added until 1940 which makes this example of pre-war manufacture.

The overall condition of the tunic is excellent and would be hard to better. It looks to be unissued but has had holes punched into the epaulettes for brass titles to be mounted at some stage. The collar however has never been holed for collar badges and has been tacked down for a smart appearance which was common in the inter-war years.

There is no label inside the jacket although there is a small corner of it left and a line of stitching where is was once attached. There is no WD stores mark I can find only a purple stamp which is pictured. This isn't a huge issue as the unlined collar indicates pre-ww2 anyway.

The jacket will fit up to a 38 chest at the most so should fit nicely on a standard size mannequin.

All in all a very clean original pre-war 1922 pattern tunic which displays very nicely indeed!