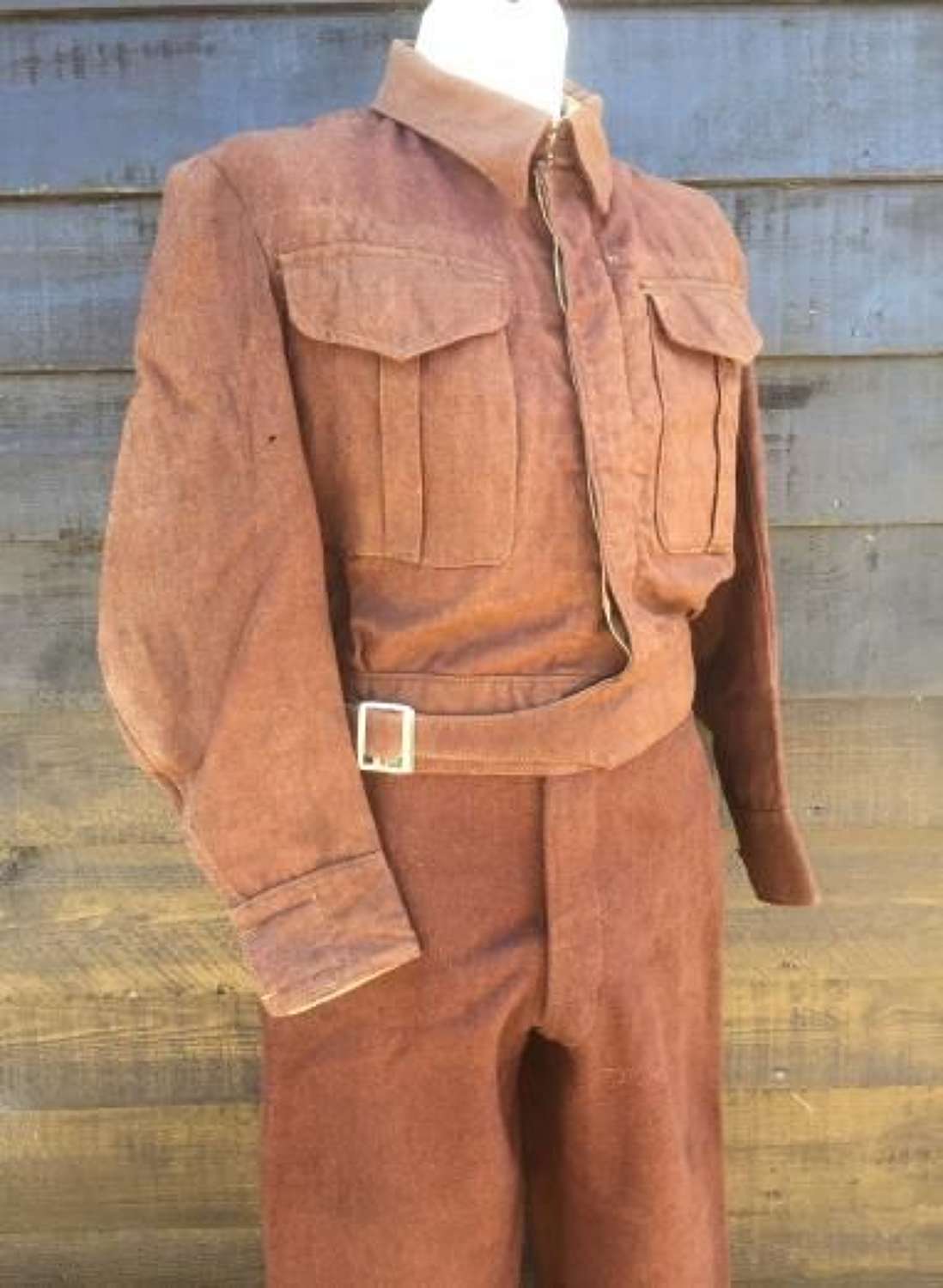 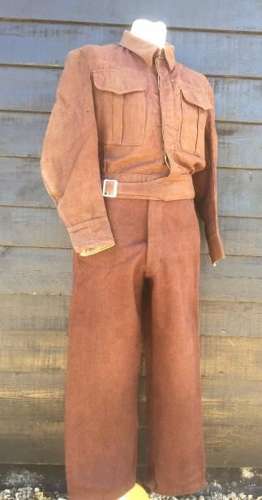 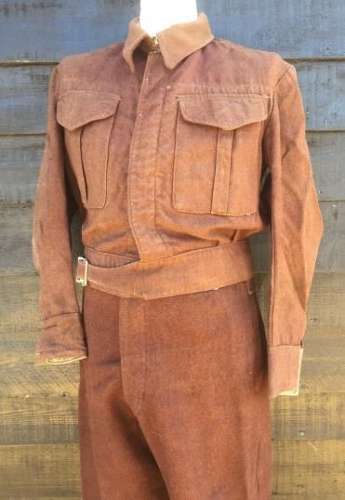 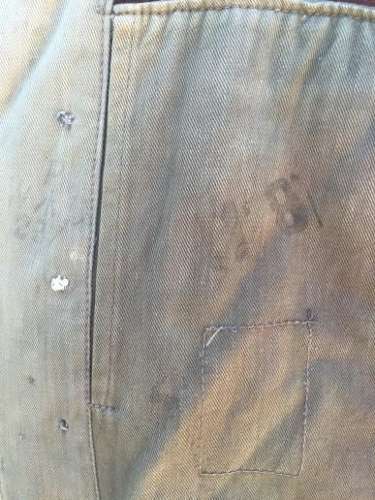 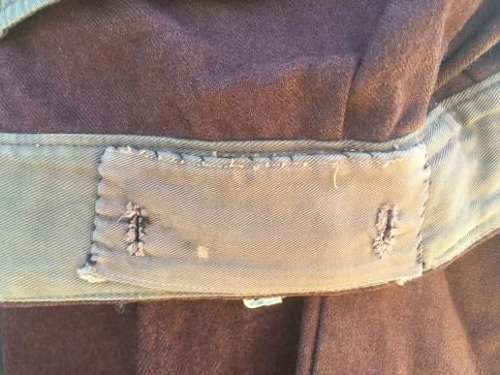 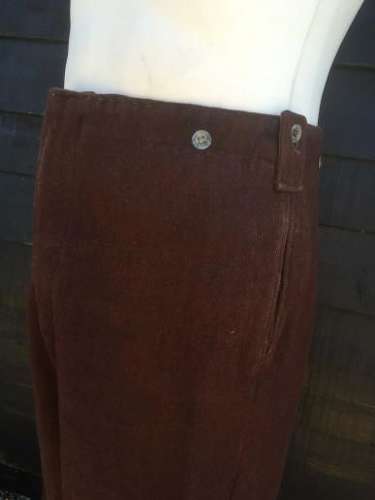 SOLD
A rare example of a prisoner of war battledress blouse and trousers.

The battledress blouse started its life as British made example as can be seen by the WD stamp still visible inside which is surmounted by the letter P which indicates 1941 as its year of manufacture. It has later been converted for use as a POW blouse by being died brown and having the epaulettes removed. The original owner has also added two patches inside the waist by hand so the it can be buttoned to the trousers.

The condition of both pieces is good although the blouse has suffered from moth damage at some stage in its life. It does still display extremely well as a set non the less.

All in all, a very rare set worth of any collection and a must have for the POW collector.