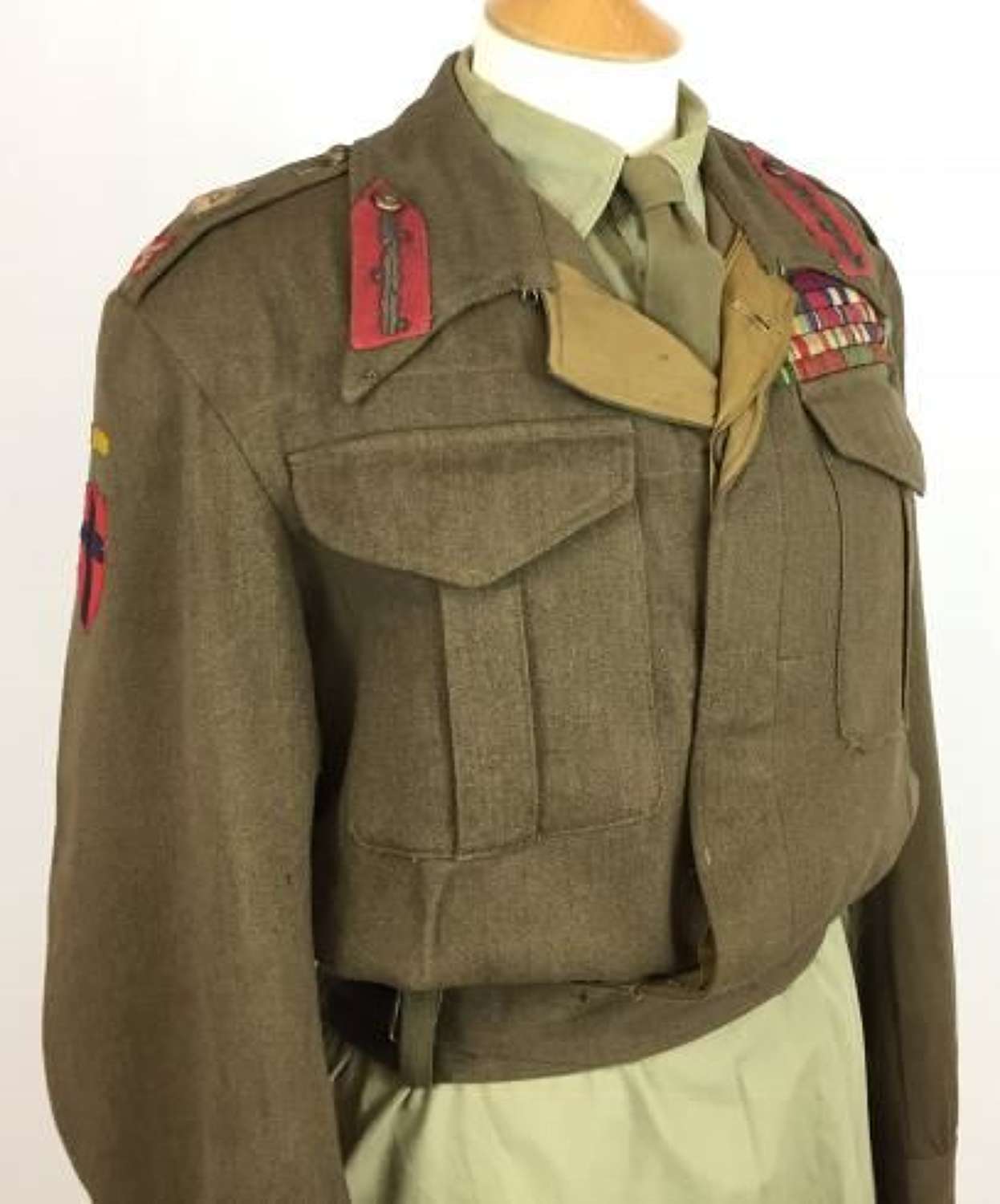 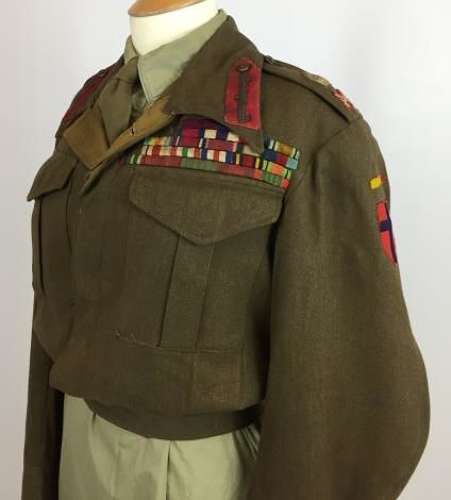 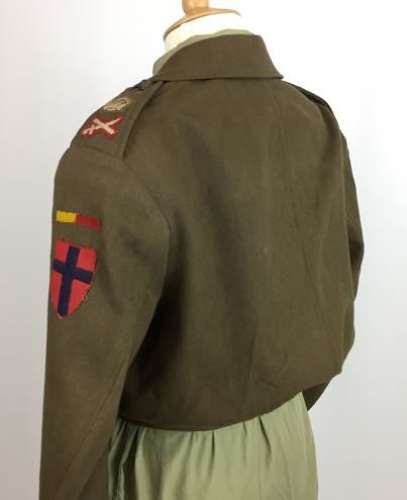 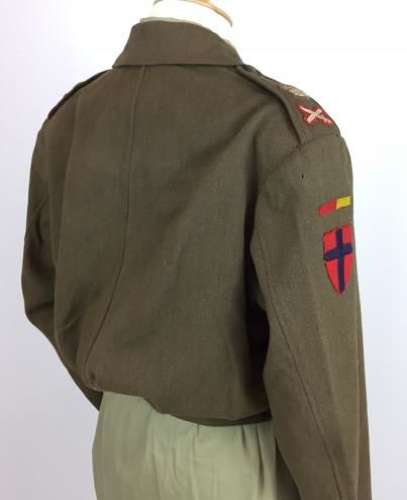 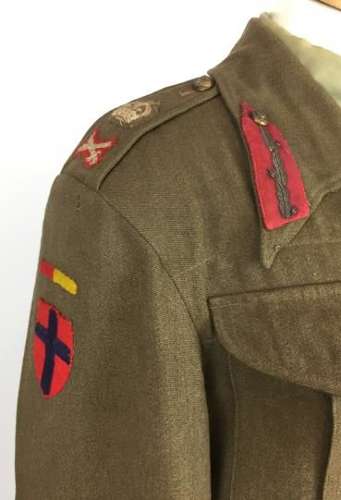 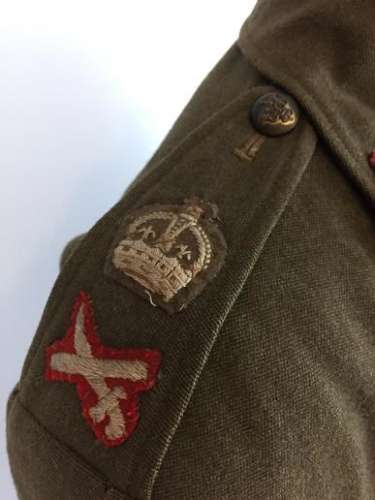 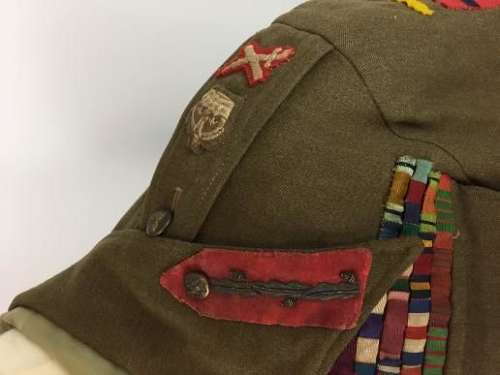 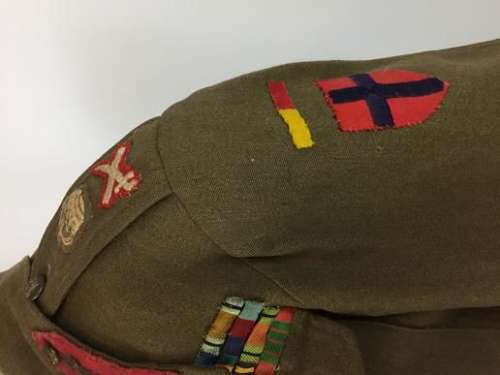 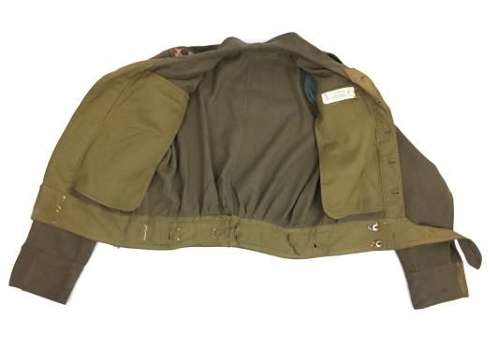 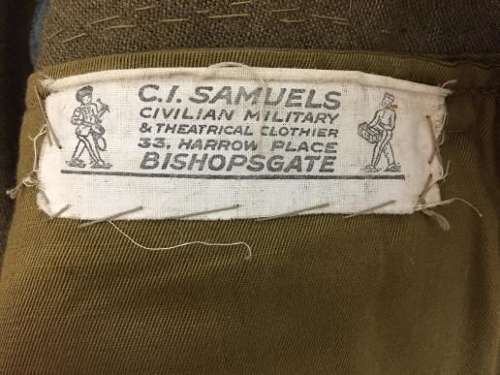 This is the last jacket to come out of a very old collection I was lucky to find earlier in the year which had some very nice original Battledress with it.

This very original blouse features the insignia of a Lieutenant General of 21st Army Group who was originally in the Royal Armoured Corps. The only officer of this rank who was RAC in 21st Army Group was Richard McCreery who took over 21st Army from Montgomery. Previous to this he had taken over the command of British 8th Army in Italy, again from Monty.

Made from barathea as was common for higher ranking officers, the jacket is fully lined and features shoulder pads inside. The construction is typical of WW2 tailored uniform items and even has an earlier, more 1930s feel to it. The original tailors label is still present and is an uncommon maker on Bishops Gate in the East End of London called 'C. I. Samuels'. Interestingly the Imperial War Museum have a 1907 pattern tunic with the same tailors name in their archive. The company was liquidated in 1952.

All the insignia on the jacket has a nice consistent finish as one would expect to find. The brass and bullion have tarnished and some of the medal ribbons have faded, in some cases making them hard to decipher without some serious thinking. Overall though the uniformity of the wear and age is just right.

The condition of the blouse is OK for its age but far from perfect. Whilst it displays nicely there are a number of moth holes to various parts of the tunic. Some of the waistband liner has been worn and repaired which all looks to be period work. I have more pictures of the tunic which can be supplied upon request.

All in all an amazing tunic. It has the look of something that has 'been there' and would without a shadow of a doubt make a brilliant addition to anyone's collection.