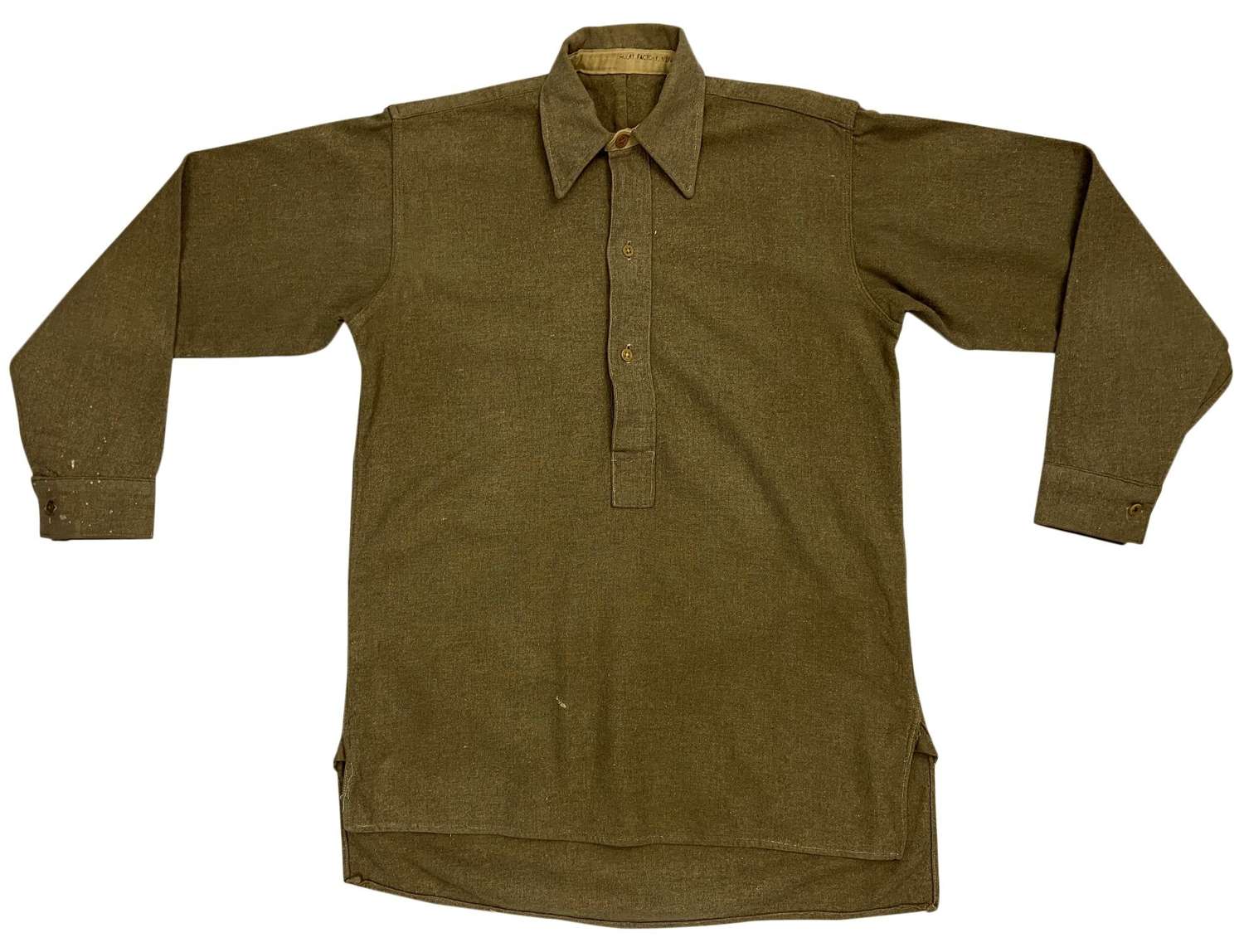 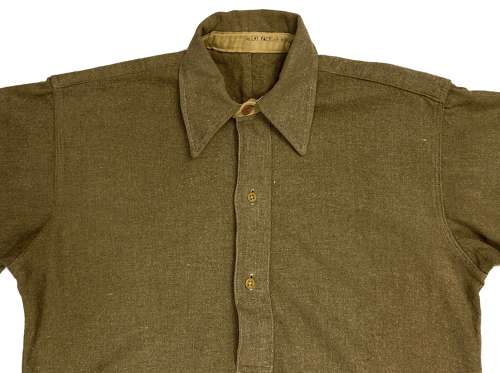 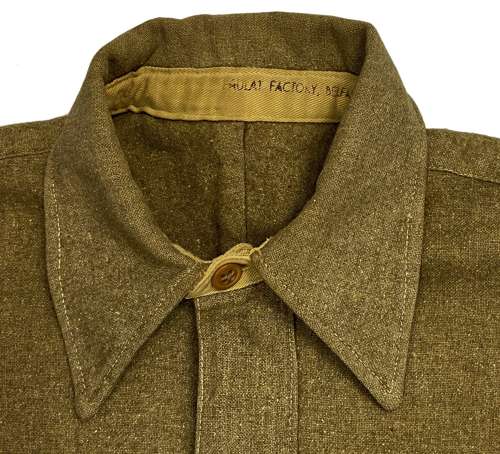 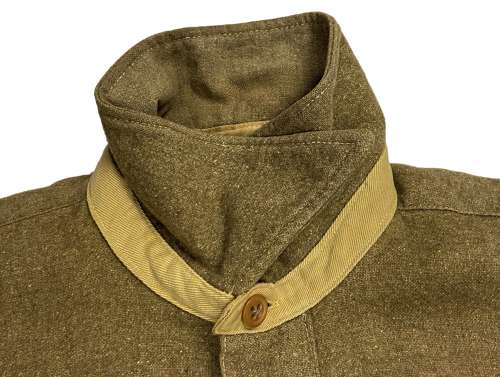 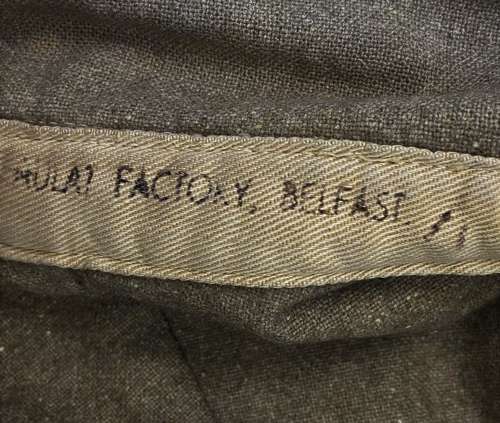 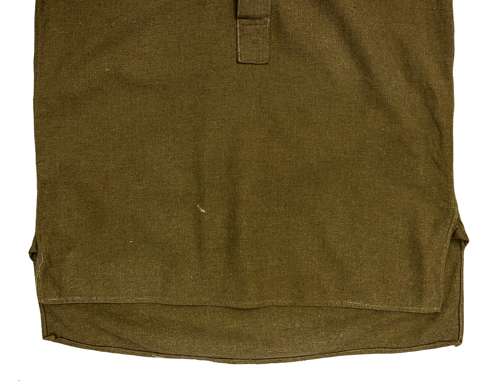 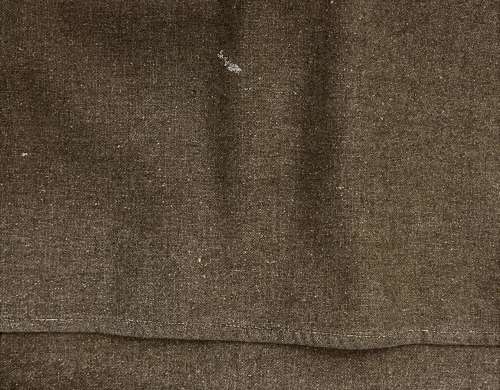 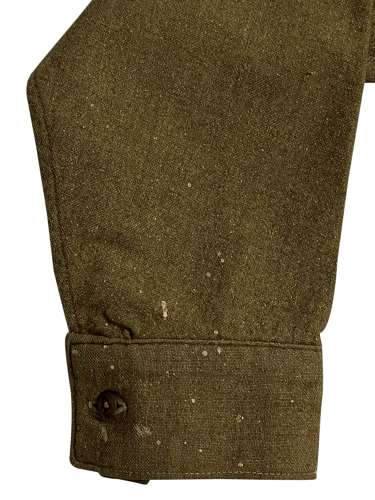 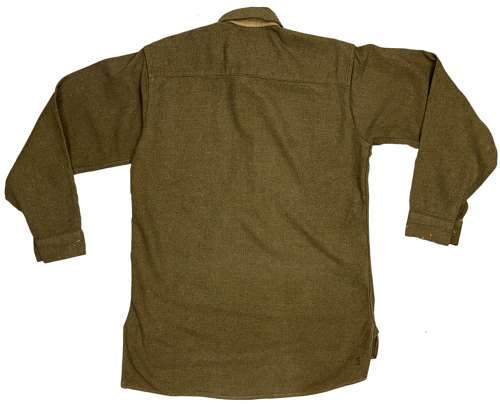 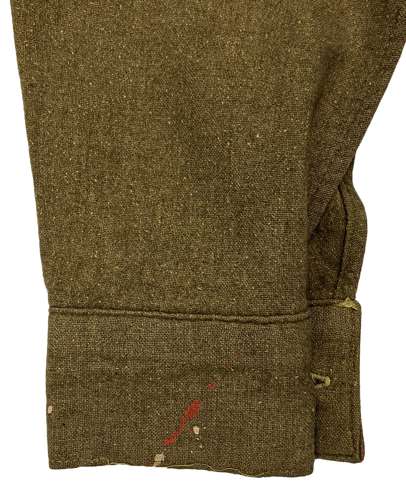 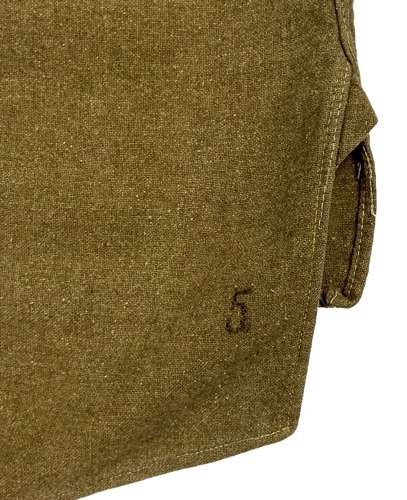 A nice original British Army Ordinary Ranks collared shirt made by 'Faulat' at the end of the Second World War.
rn\r\n
rn\r\nDress regulations changed in late 1944 for Ordinary Ranks serving in the British Army. Whilst previously they had been issued with collarless shirts to be worn underneath battledress blouses fastened to the top; the new regulations allowed for a collar and tie to be worn with the blouse collar open. Collared shirts went into production at this point whilst some soldiers had detachable collars stitched onto the collarless shirts they already owned.
rn\r\n
rn\r\nThe shirt is made from the standard khaki green coloured wool flannel and is of half placket design. It features long sleeves, a long tail and an attached collar.
rn\r\n
rn\r\nThis example is interesting as it looks to have the standard cotton drill neckband as found on the earlier collarless shirts as part of the full stand and fall collar. It looks as though this may have been a collarless shirt which has been converted to a collared shirt in the factory which would suggest it is an early example. The neckband features the maker's name 'Faulat Factory, Belfast' as well as the War Department broad arrow marking.
rn\r\n
rn\r\nThese half-placket shirts are generously cut across the chest and shoulders to allow them to be pulled on over the wearer's head. When laid flat it measures -
rn\r\n
rn\r\nChest - 20 3/4"
rn\r\nInside arm - 21 1/2"
rn\r\nOutside arm - 23 1/4"
rn\r\nLength at front - 29 1/2"
rn\r\nLength at back  - 32 1/2"
rn\r\nShoulders - 18"
rn\r\nCollar - 15"
rn\r\n
rn\r\nThe shirt is in nice condition with only very limited signs of wear and use. Overall it displays very well and is still very fresh and bright although it does have some white marks which look like they may be paint. These are detailed in the pictures and don't overly detract from the look of the shirt.
rn\r\n
rn\r\nA good example of a late war OR shirt with a great collar detail and nice markings.