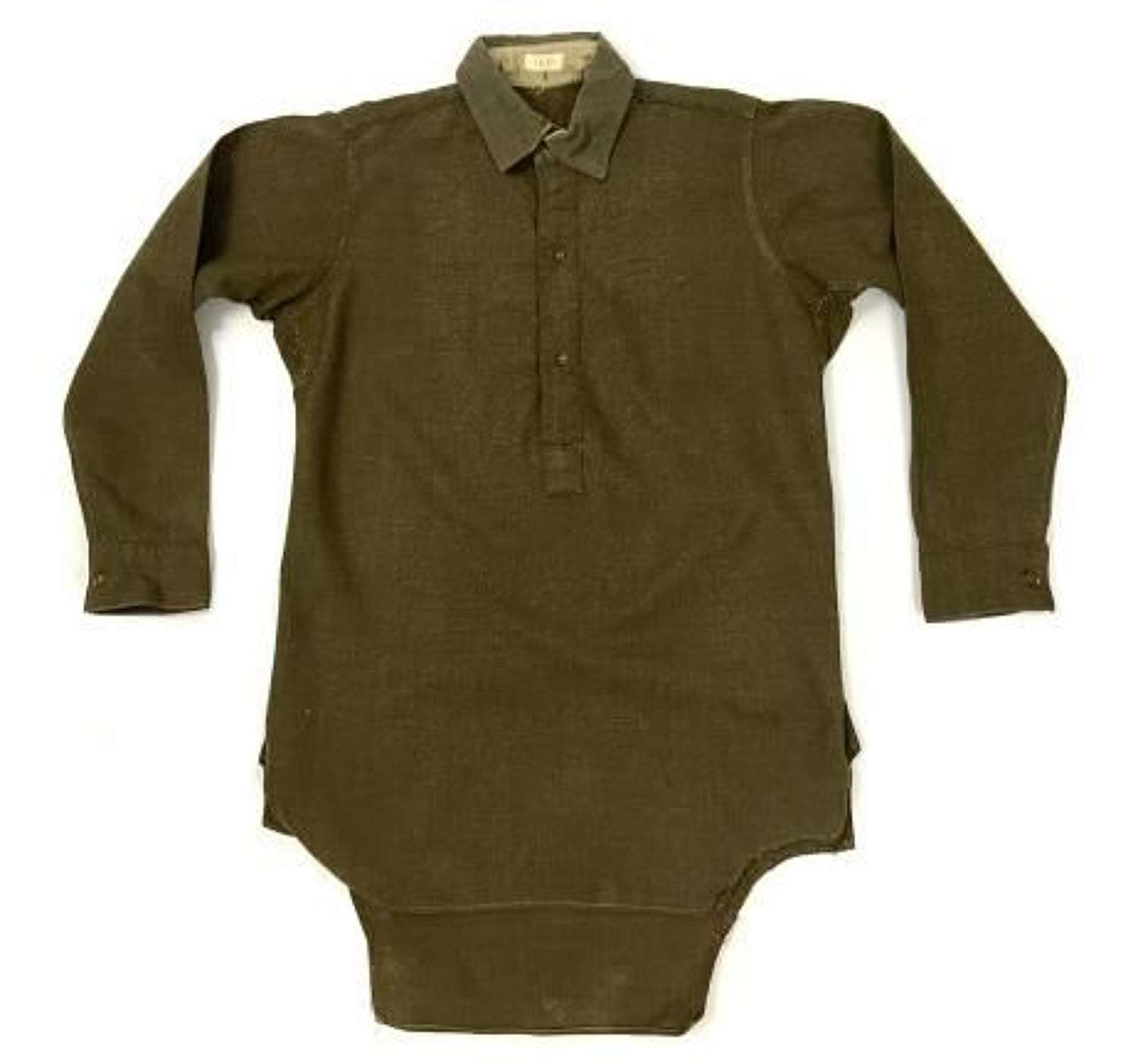 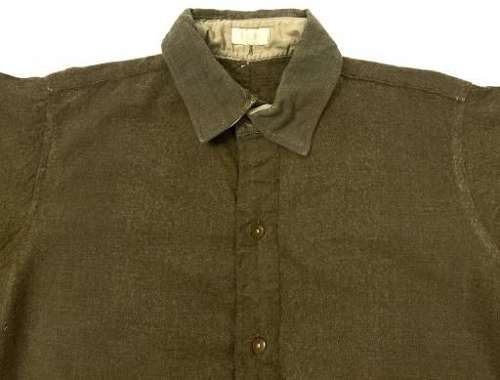 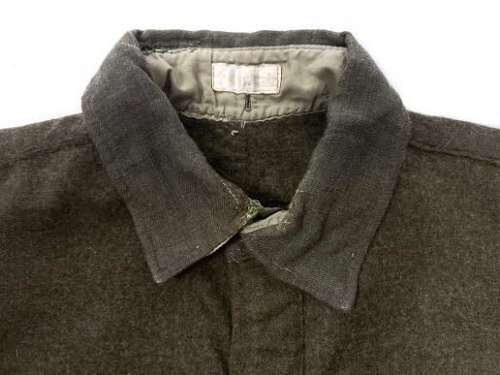 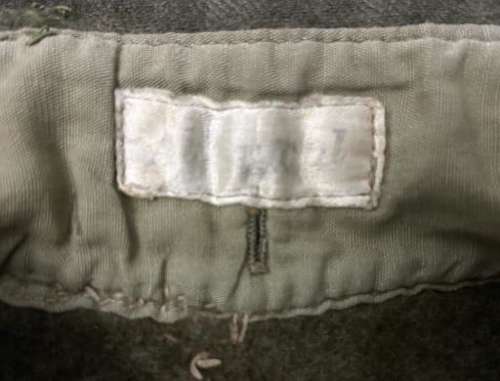 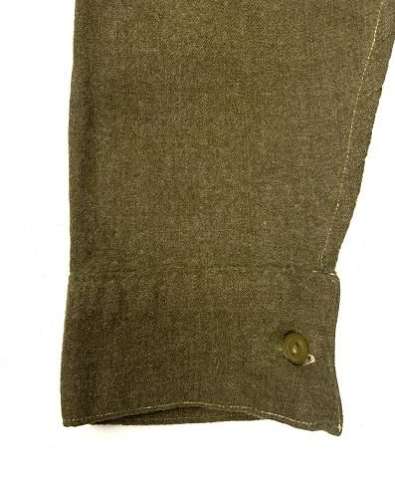 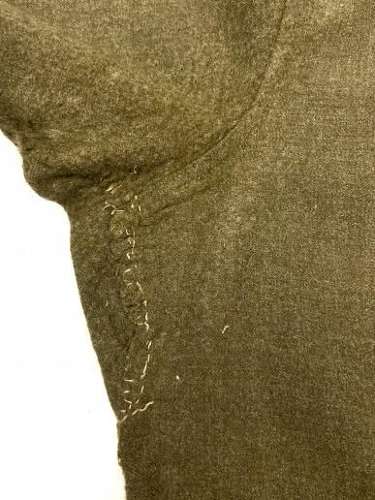 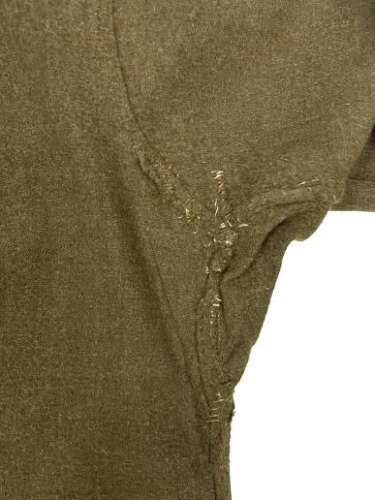 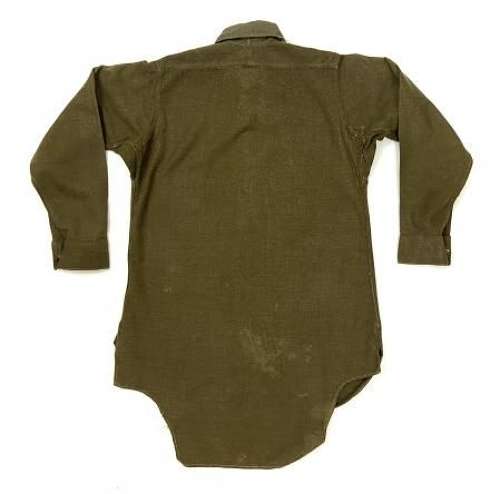 This shirt started life as a standard issue ordinary ranks collarless shirt but has been converted towards the end of the war with the addition of a collar. In late 1944 the regulations changed allowing ordinary ranks to wear a shirt and tie underneath their battledress blouse and shirt began to be produced for this purpose. Some soldiers took matters into their own hands and had detachable shirt collars stitched directly onto the collarless shirts they already had. This means this shirt was almost certainly converted and worn during the war before collared shirts were readily available.

The shirt itself is made from the usual wool flannel material and features green plastic buttons which would indicate mid-war manufacture. The added collar is a slightly mismatched shade which appears to be an officers example with the number '4' stamped inside which denotes size. There is also a label which reads 'All wool' although it is somewhat faded.

The shirt is in well used condition as can be seen in the pictures. The tail of the shirt has been altered and appears to have been crudely cut down and hemmed, most likely by the original owner. There are also repairs under the arms and some staining, particularly to the rear. It clearly saw plenty of action in its day!

Whilst not a perfect example by any means, this shirt is a typical example of how British soldiers converted their shirts to be worn with ties in the latter part of the Second World War.