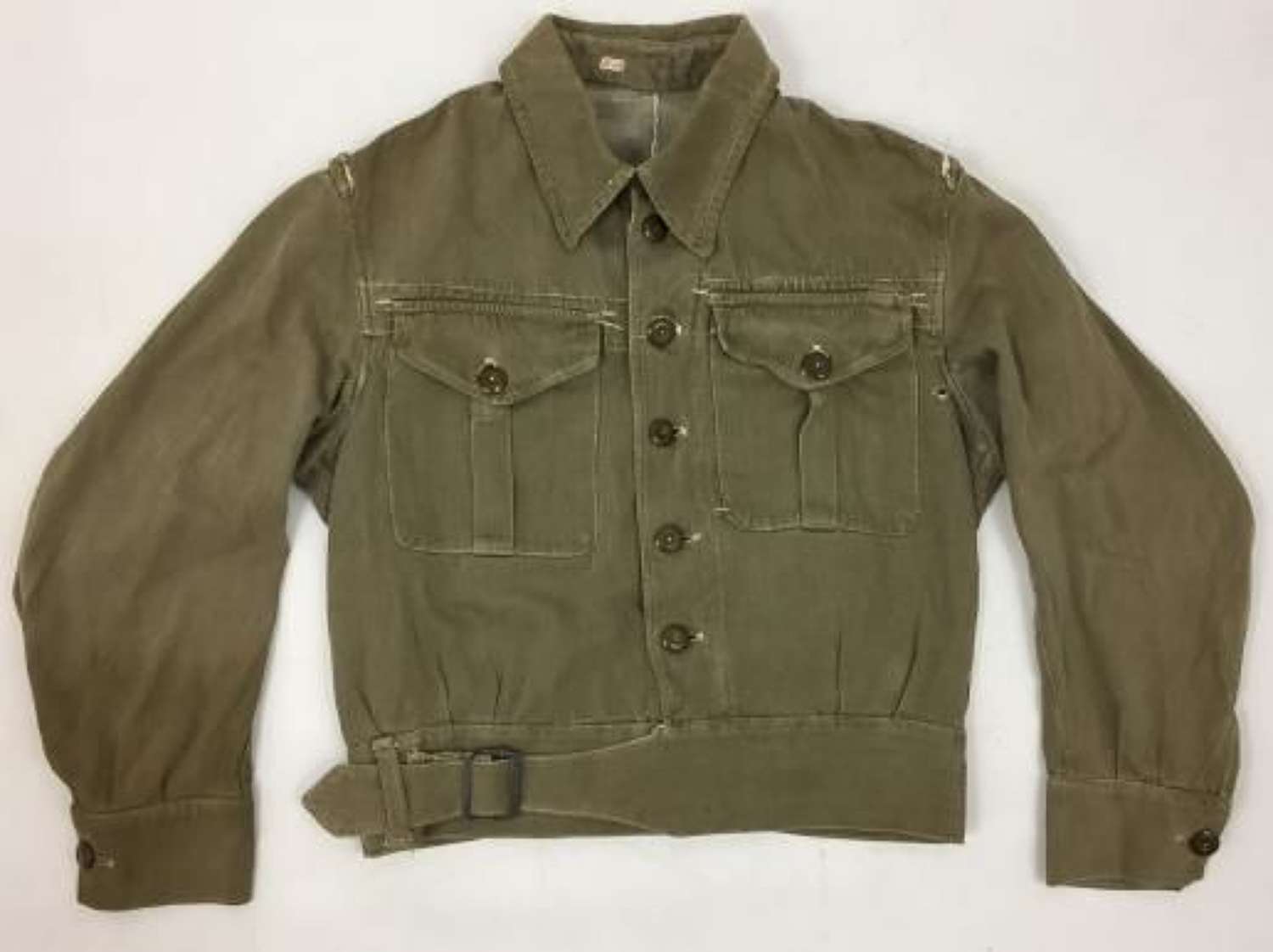 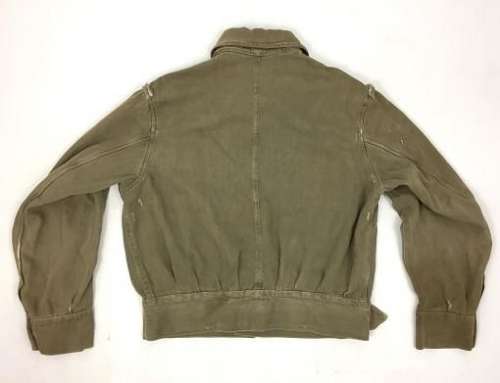 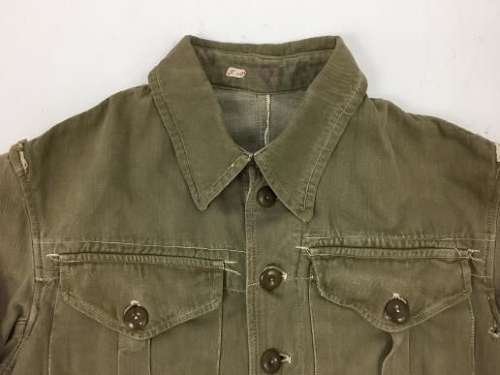 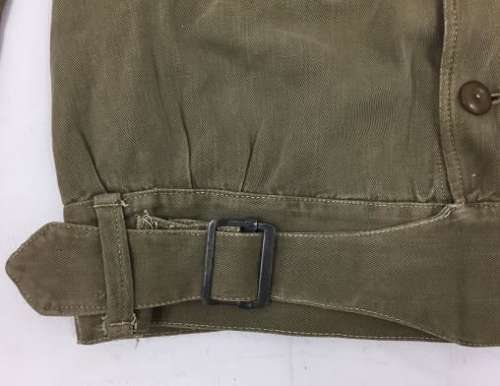 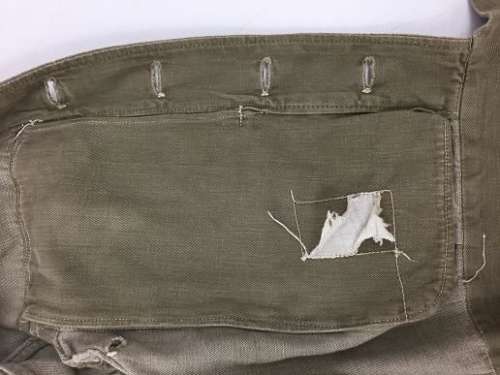 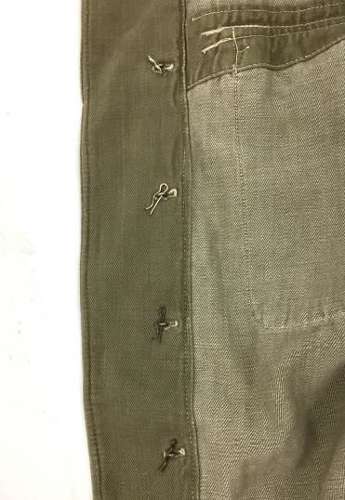 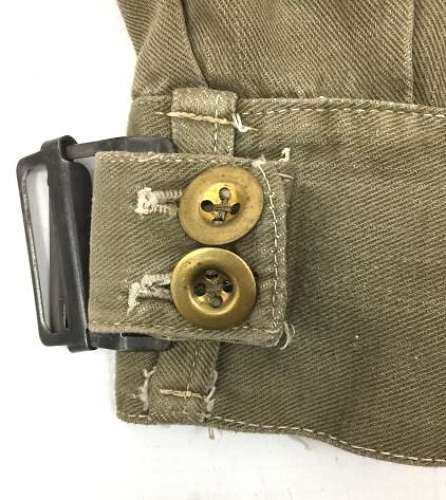 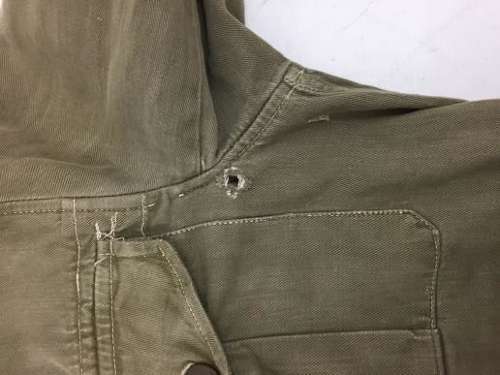 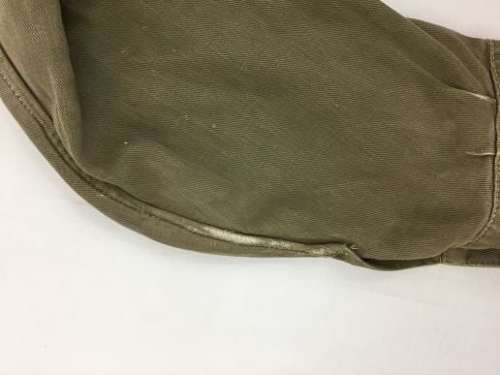 This jacket is an early issue example which was only made prior to 1942 when it was superseded by the austerity pattern. The biggest giveaway of a first pattern jacket is the pleated chest pockets. This example also has the correct early wire buckle as used in the first part of the Second World War.

This particular example has had the epaulettes removed which was often done by armoured crews during the Second World War as to avoid them snagging inside the vehicle.

The blouse comes complete with a full set of original revolving shank buttons which are fastened to the jacket with the correct original brass fittings. A wartime steel buckle is attached at the waist and is held on with two brass buttons which is correct for an early example such as this.

Inside the jacket the original label is still present but very worn an far from legible.

The condition of the jacket is good as can be seen in the pictures. There is however a hole to the left of the left breast pocket and some wear to the left sleeve seam. Both these faults are detailed in the pictures so please take time to study them.

Altogether a nice early war denim blouse which is guaranteed to be wartime manufacture.