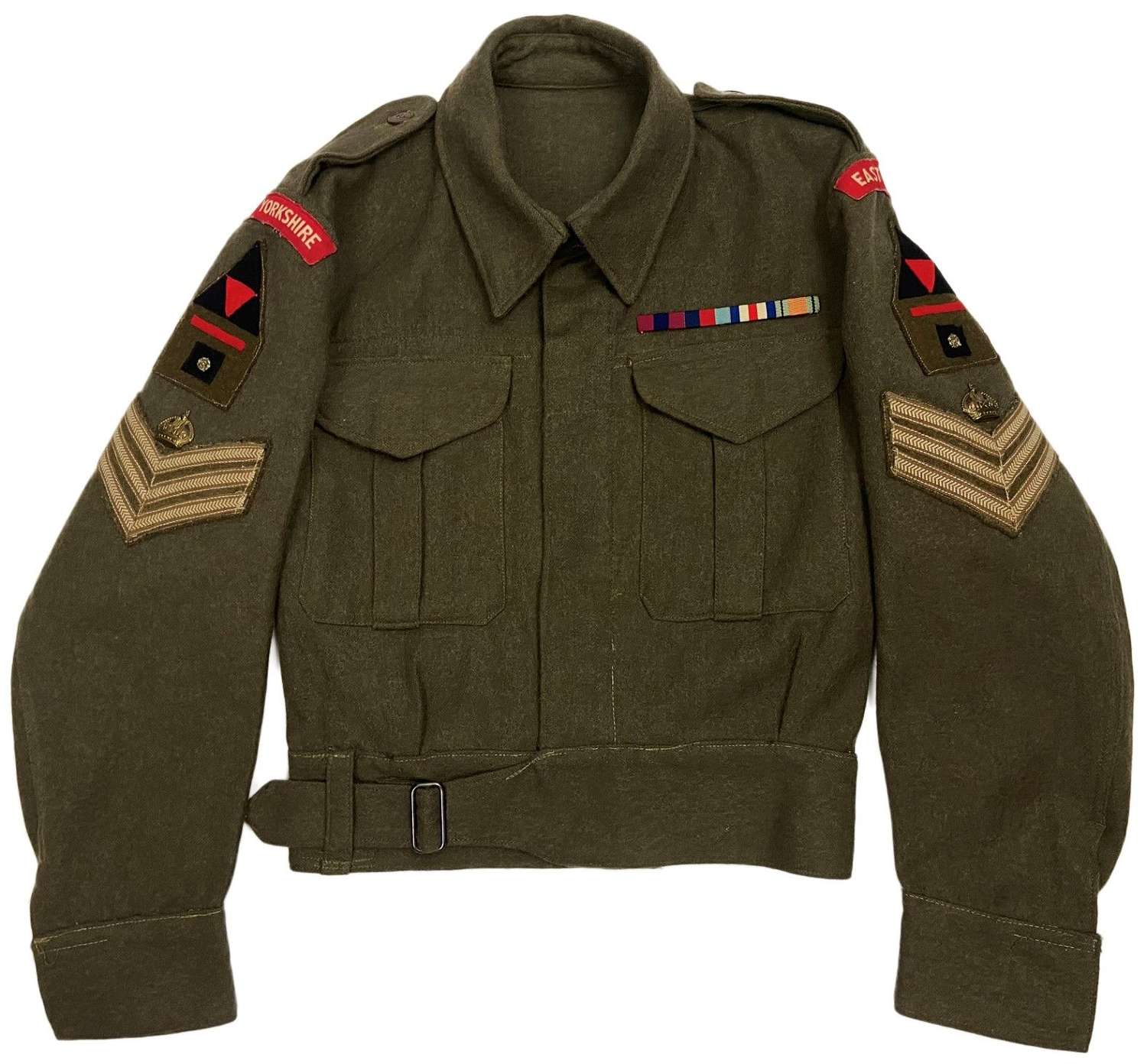 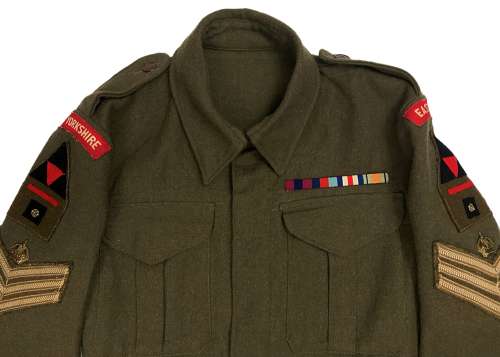 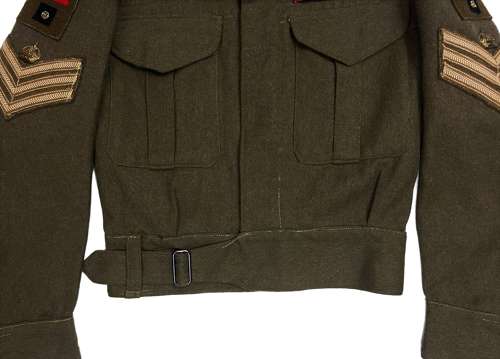 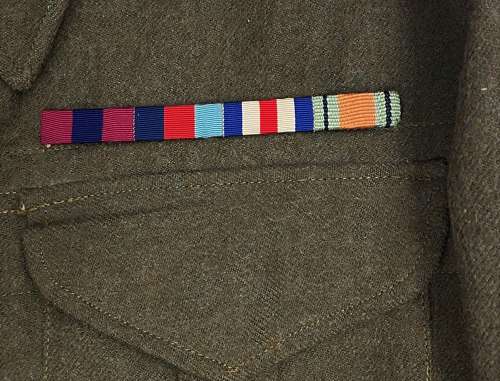 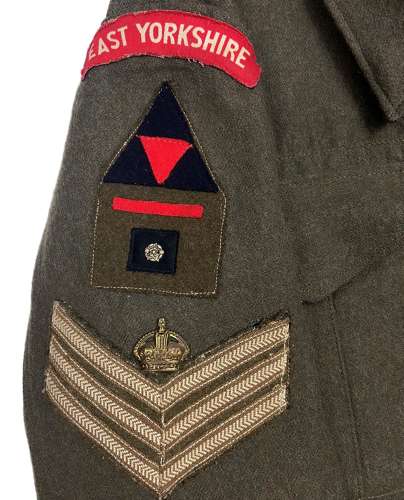 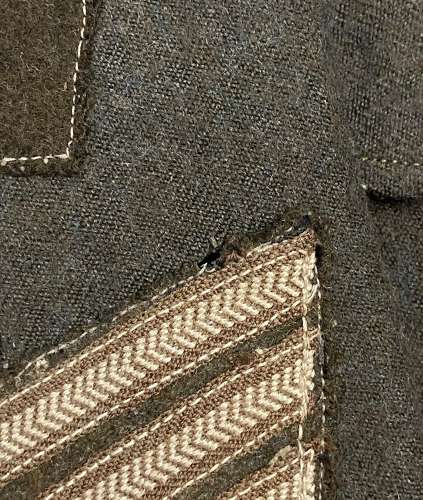 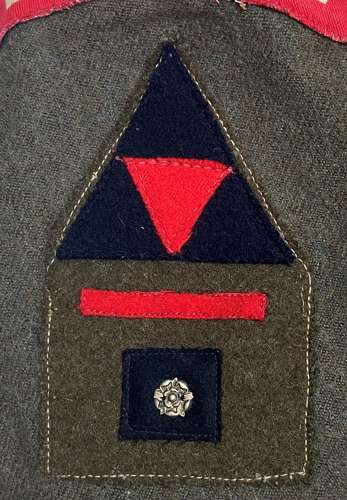 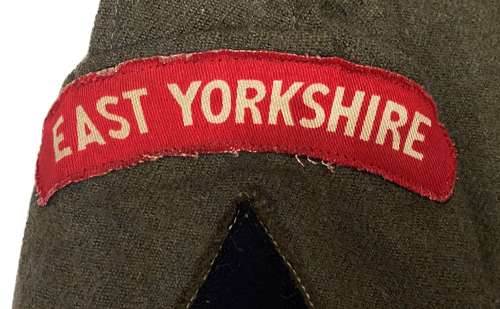 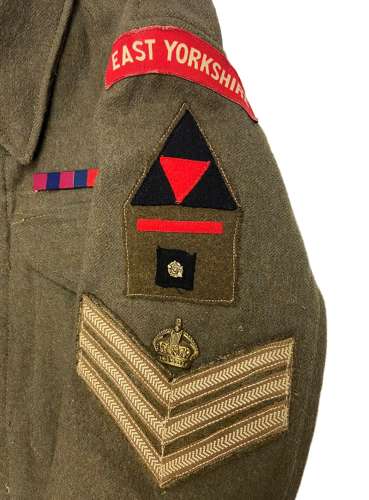 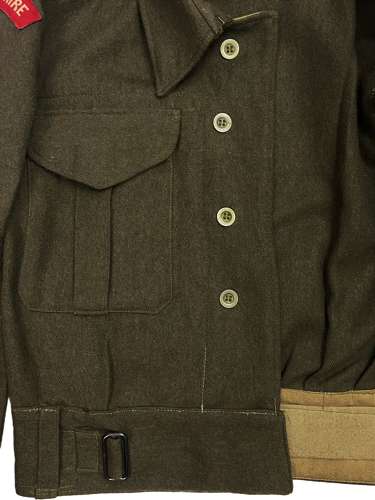 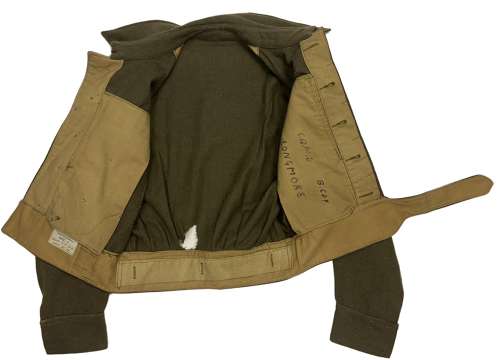 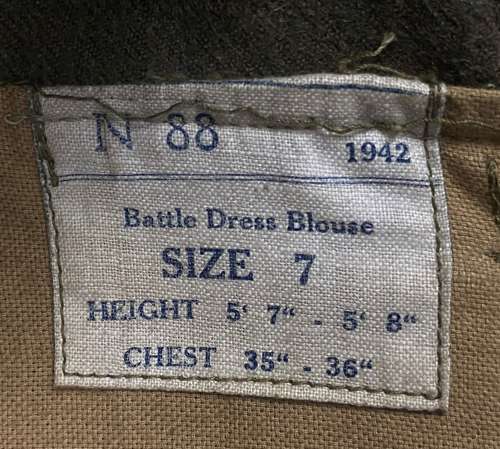 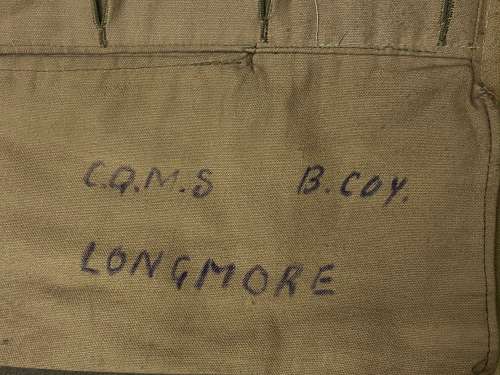 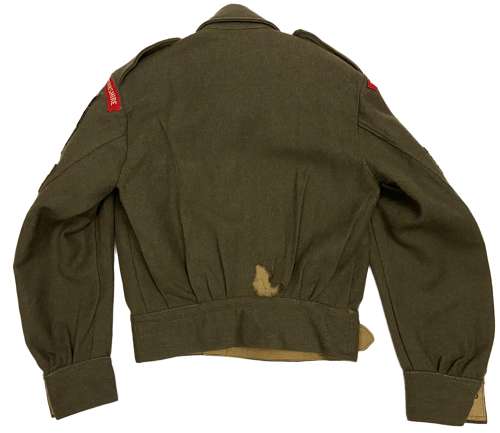 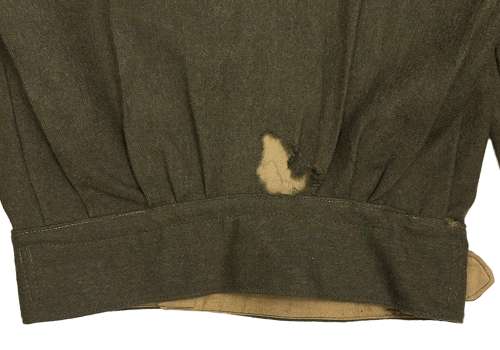 A fantastic original Battledress jacket which belonged to CQMS Longmore who won the DCM in Northwest Europe during the Second World War.

This is actually the second time this jacket has been in my possession. I sold it six years ago along with an accompanying set of paperwork which also belonged to CQMS Longmore. Sadly since I sold the jacket the paperwork has been split from the jacket although it is undoubtedly still in a collection somewhere. Due to this I cannot provide a huge amount of background information on CQMS Longmore although I can confirm he won his DCM in North West Europe whilst serving with an infantry regiment before transfering to the East Yorkshire regiment.

The jacket is a 1942 dated Australian made example which is a size 7. Commonwealth made battledress was often either issued or sometimes acquired by those who had the means during the war. Due to his role as Company Quartermaster Sergeant, Longmore would have almost certainly had access to a range of uniforms! Commonwealth made uniforms were often highly coveted and seen as being of superior quality to British Tommies and it is not uncommon to find originally badged uniforms such as this.

The jacket is fitted with a full set of insignia including printed 'East Yorkshire' shoulder titles below which is a textbook combination mounted patch which is backed with a contrasting piece of green serge wool. It features the 3rd Division formation badge, a single red arm of service stripe and the white metal rose mounted on a black square which is specific to this unit. Below this are sergeant stripes which are surmounted by brass crowns. Above the left breast pocket are a set of medal ribbons including the DCM and the France and Germany Star.

Inside the jacket the original label is still present and is bright and legible. It beats the 1942 manufacture date and the size of 7. The inside pocket features the original owner's name and number which reads 'C.Q.M.S Longmore B Coy'.

The overall condition of the jacket is very good and it displays well. There is however a large hole to the rear which most likely happened whilst the jacket was in storage. Whilst this is a shame the jacket is still quite a stand-out example and can still be displayed.

A very nice original attributed BD to a soldier who served in France and Germany in 1944 and 1945. The insignia on this jacket is hard to better making it a must have piece for the serious British Army collector.