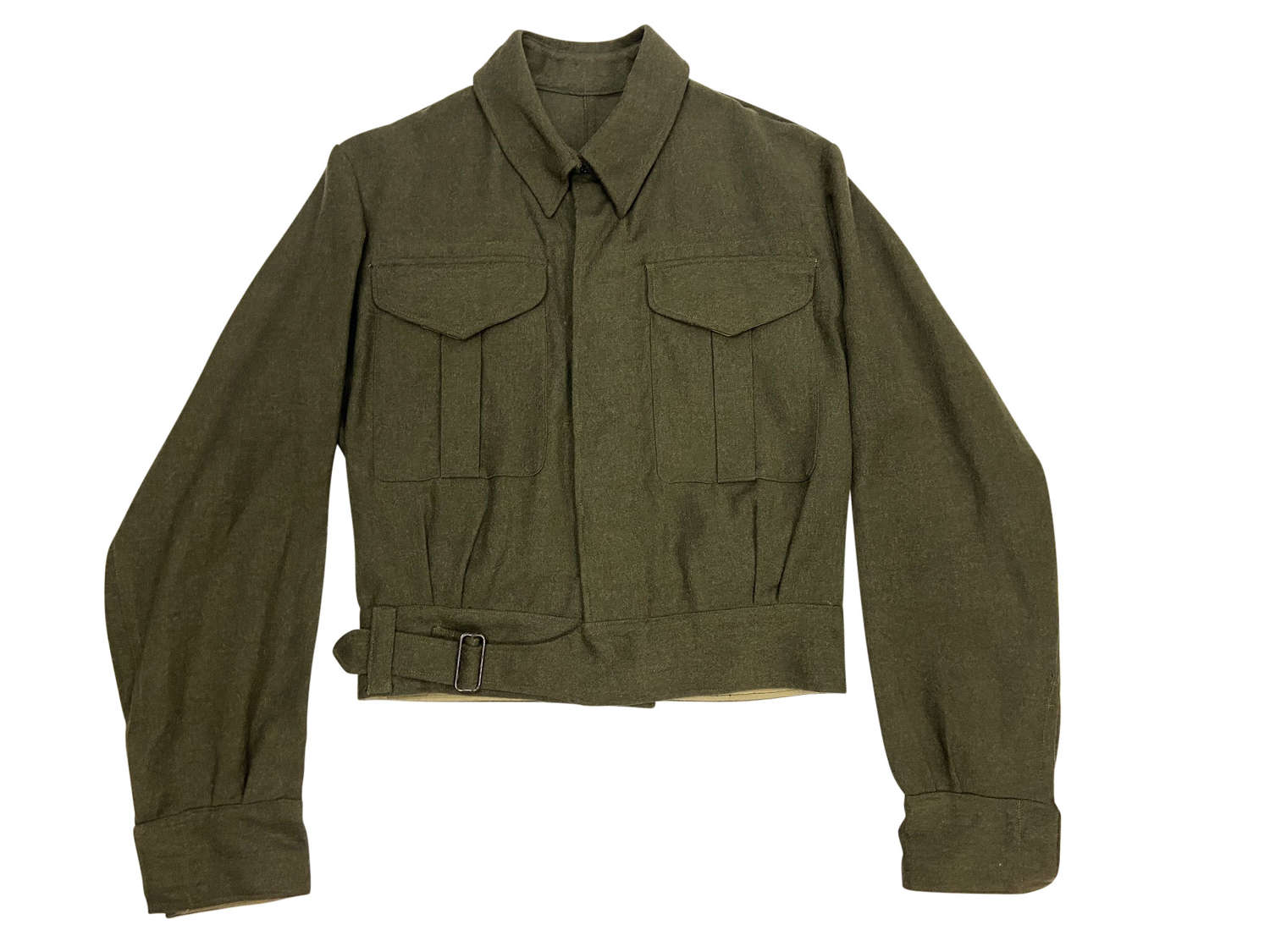 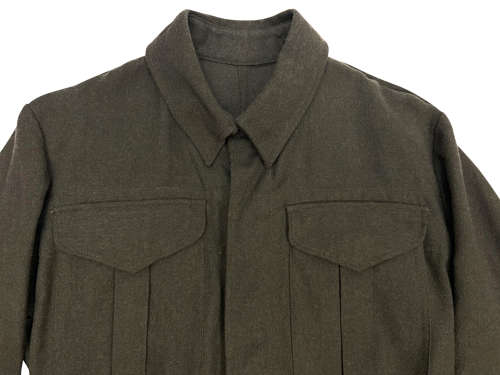 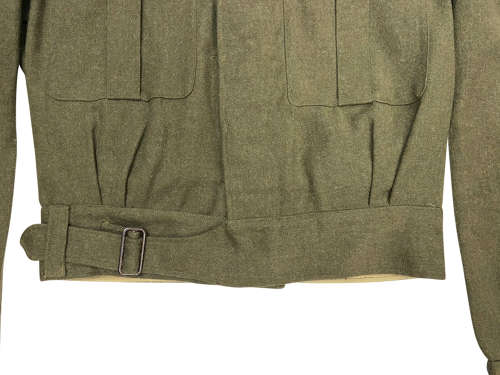 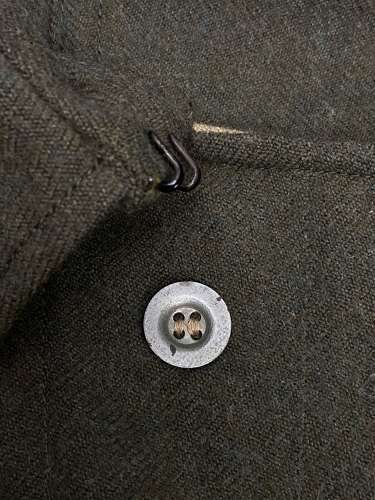 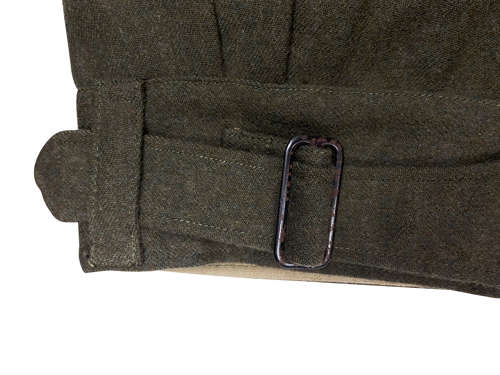 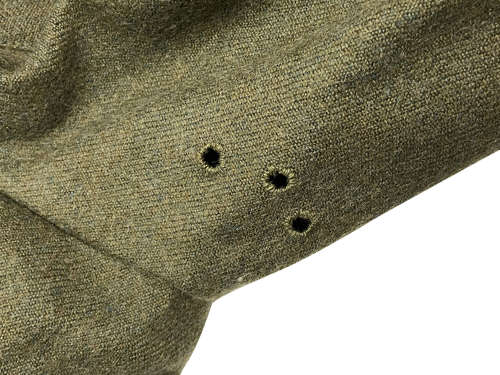 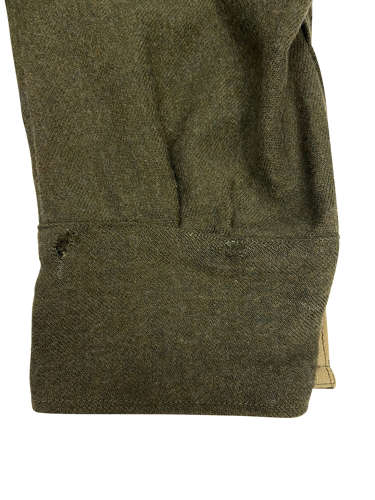 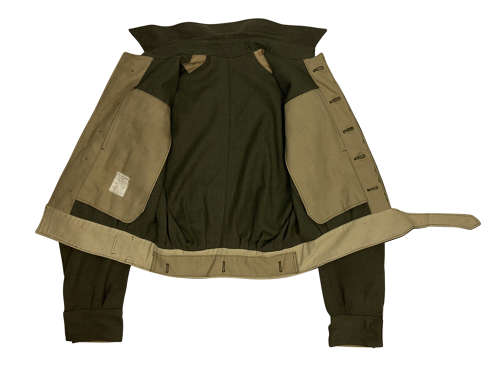 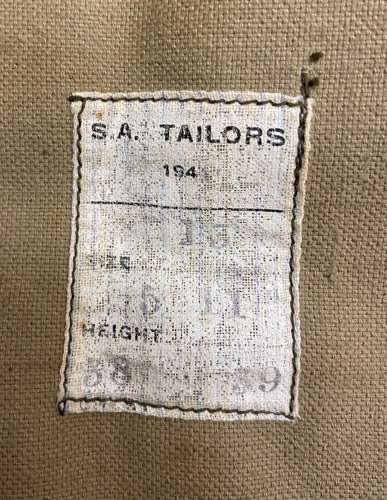 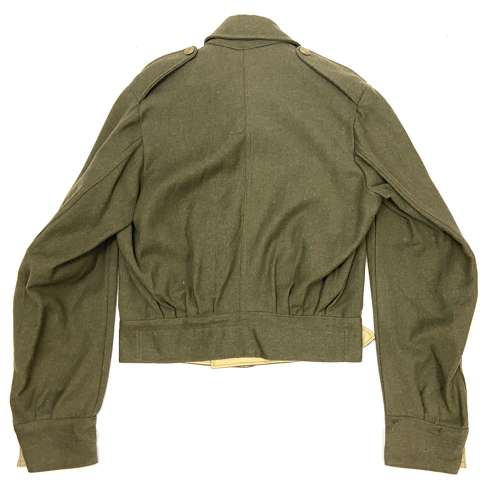 A scarce original early Indian made Battledress blouse made by 'S.A Tailors' in a good wearable size 13.

This blouse is the early pattern which features an unlined collar the same as early production British made examples. The date on the label isn't completely clear but I believe it to be 1941 as blouses made later than this had lined collars.

The jacket has many typical Indian features. The buttons are of the stamped metal variety which are often found on Indian items whilst the epaulette buttons are an interesting pattern I haven't seen before but do appear to be original to the blouse.

At the waist is a stamped metal buckle which is rather crude as is the norm with Indian made items. The lining materials are typical of Indian items and under each arm are three stitched vent holes. There are also some hand stitched holes higher up the sleeve which I assume are for attaching insignia too.

The original label is present inside the jacket and states it as being a size 13 which will fit up to a 40" chest and a height of 5' 11". The jacket actually measures as at 44" across the chest.

The condition of the blouse is very good indeed as can be seen in the photographs. The nap of the serge wool is still very good and there is no major damage. There are however a few small moth holes around one of the cuffs.

All in all, a nice early commonwealth made jacket that would compliment any battledress collection.