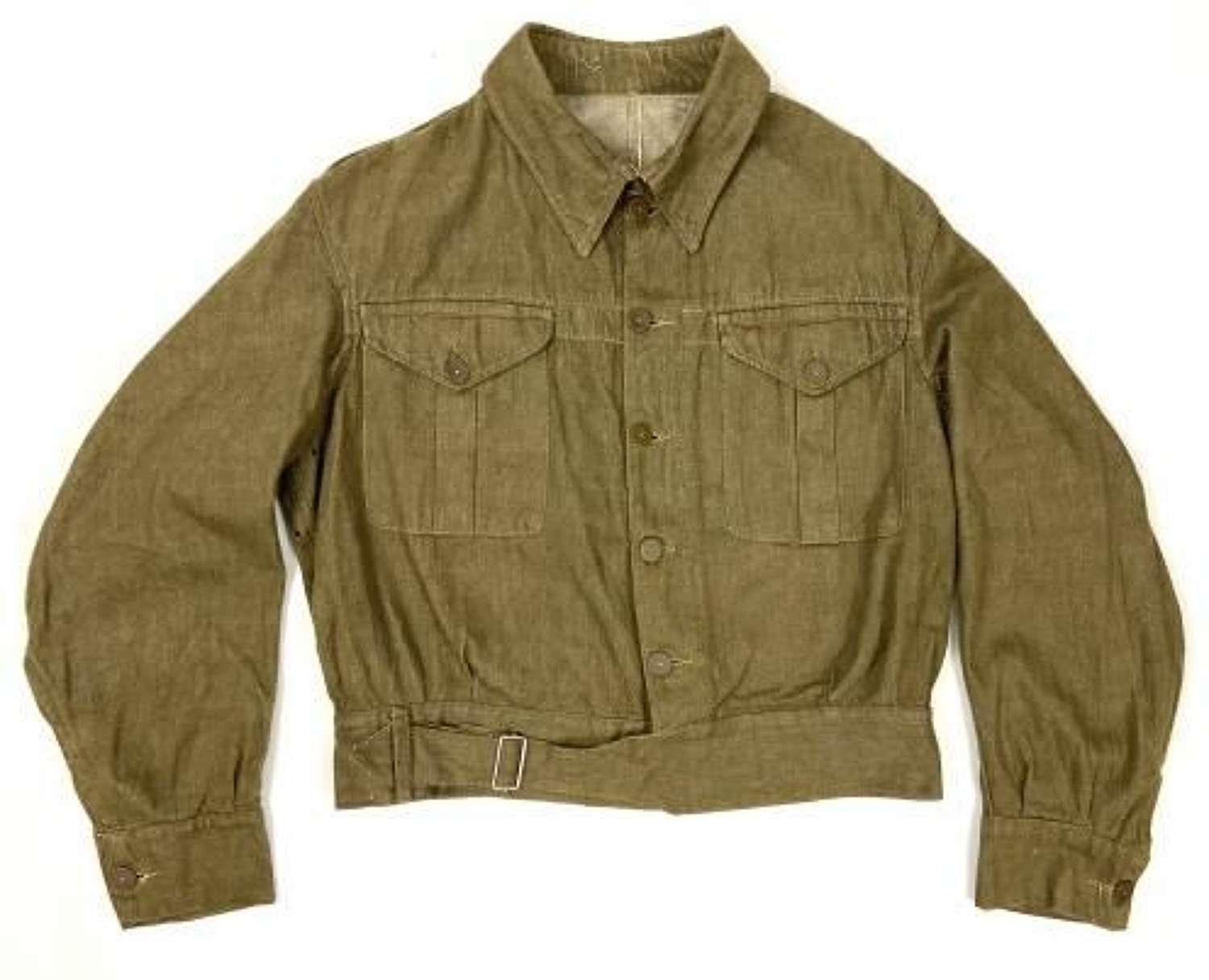 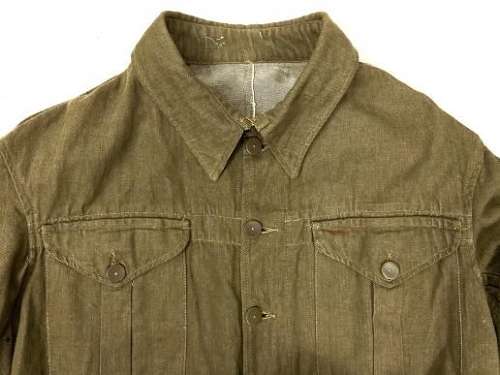 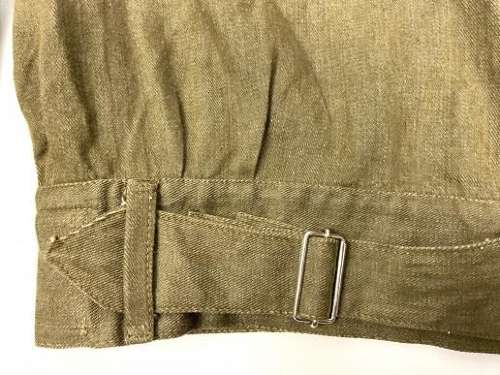 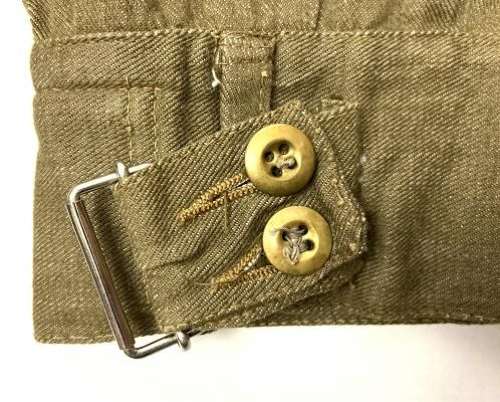 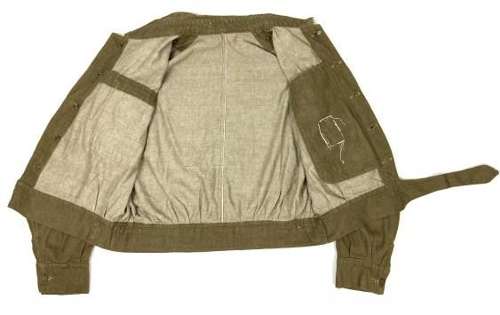 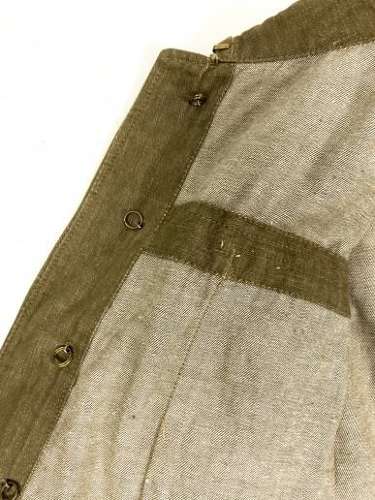 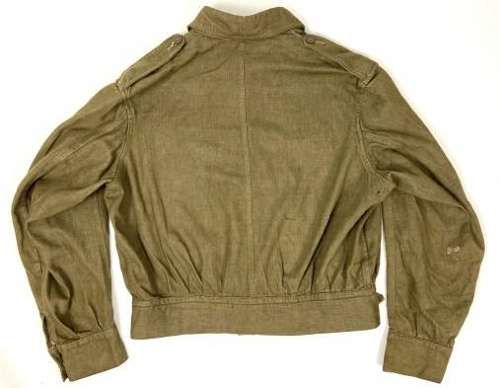 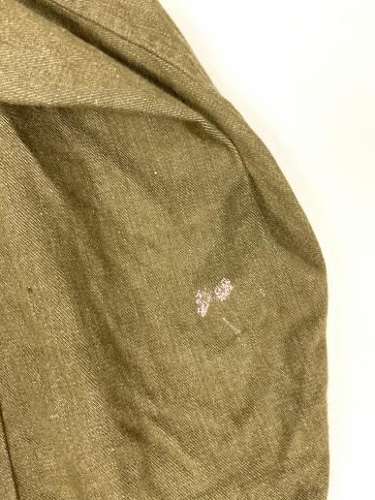 Sadly the original label is no longer present although there is clear evidence of where it was original attached. The jacket is certainly one of the largest sizes produced during the war and when laid flat measures -

The jacket is in excellent condition with no real signs of wear or use. It is still a deep colour as it would have been original and not a washed-out example. The only small flaw I can find is a mark to the rear of the right hand sleeve as pictured. This may come out but I have not attempted to do anything with it.

All in all a great example of this early war pattern of blouse with all the right features and fittings. Not only that but it is a good wearable size meaning it would suit both a re-enactor or collector!